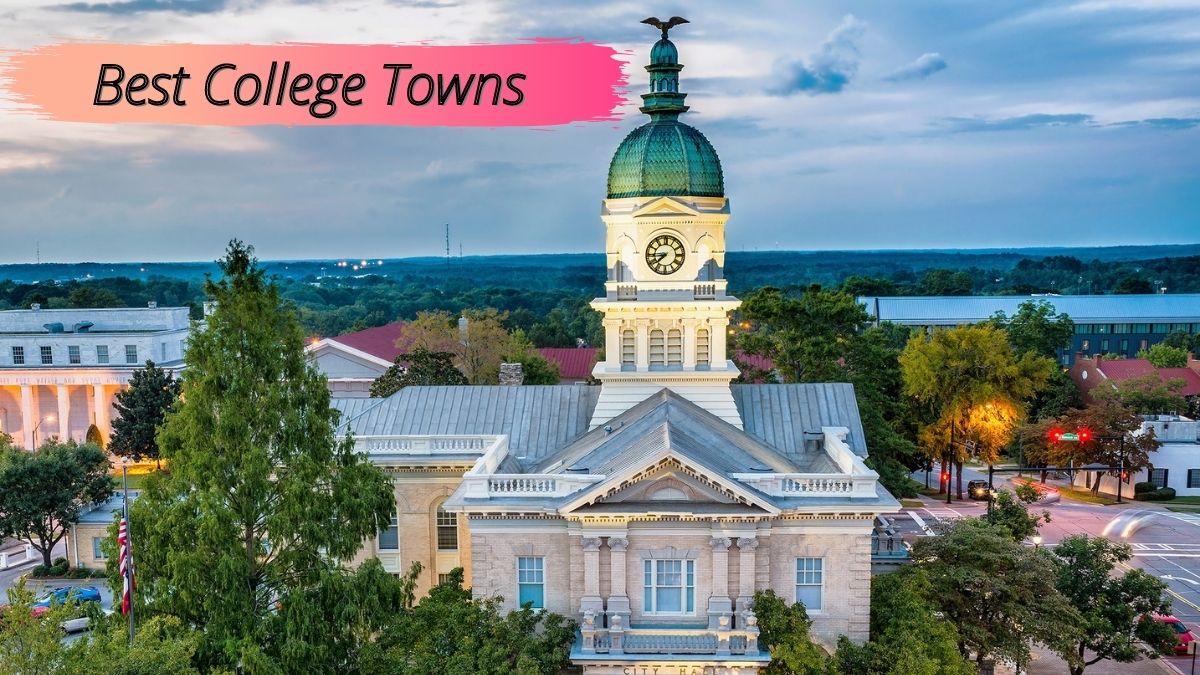 College towns or university towns are communities that are often a separated city or town but in some cases a town/city neighborhood or a district. These places are dominated by their university population. The universities may be large, or there may be several smaller institutions in the area, or the residential population may be small, but college/university towns in all cases are called so because the presence of the educational institutions pervades economic and social life. Many residents are usually employed by the universities, making them the largest employer in the community, and many businesses sometimes cater primarily to the universities. Also, the student population may outnumber the local population. The noise, traffic, and other quality of life issues have not been resolved, but some advocates of New Urbanism have led the development of neighborhoods in college towns by specifically capitalizing on their proximity to university life. Student housing is also an important factor of college towns, and in the US, most state universities have fifty percent or more of their enrolled students living off-campus. This trend, which began in the 1960s, originally meant the conversion of near-campus single-family homes to student housing, creating “student ghettos.”

Denton is a city in the county seat of Denton County in the state of Texas. Denton is the twenty-fourth most populous city in Texas and the twelfth most populous city in the Dallas–Fort Worth metroplex. This city was formed in 1846 after a Texas land grand, and it was incorporated in 1866. The two universities in Denton have over 45,000 students enrolling each year, and because of this reason, Denton is often characterized as a college town. Educational services play a big role in the city’s economy as a result of the universities’ growth. The University of North Texas, the second-largest university in North Texas, is located in Denton and includes the UNT Health Science Center in Fort Worth, the University of North Texas at Dallas, and UNTDallas College of Law. Texas Woman’s University, a public university, is also located in Denton with two health science center branches in Dallas and Houston. This university enrolls more than 13,000 graduates and undergraduates.

Ames is a city situated in Story County, Iowa, United States, and is best known for being home to Iowa State University, with leading agriculture, design, engineering, and veterinary medicine colleges. Ames also has a United States Department of Energy national laboratory, Ames Laboratory, that is located on the ISU campus. ISU in fall 2019 enrolled 33,391 students, which make up approximately one-half of the city’s population. This city also has United States Department of Agriculture sites: the largest federal animal disease center in the United States, USDA’s Agricultural Research Service’s National Animal Disease Center, as well as one of two national USDA sites for the Animal and Plant Health Inspection Service, which comprises the Center for Veterinary Biologics and the National Veterinary Services Laboratory. Ames also hosts the headquarters for the IDT, and much of the city is served by the Ames Community School District. A portion of northern Ames is regulated by the Gilbert Community School District.

Gainesville is the largest city and the county seat of Alachua County, located in Florida. It is both the principal city of Gainesville, Florida, metropolitan statistical area and the largest city in North Central Florida. This city is home to the University of Florida, the fifth-largest public university campus by enrollment in the United States. Gainesville urban area is served by Alachua County Public Schools that has 75 different institutions in the county, most in the Gainesville area. Along with that, this city is also home to Sante Fe College and famous for the University of Florida, which is a major financial boost to the community, and UF athletic events, including SEC football games, creating hundreds of thousands of dollars in additional revenue. This university contributed $16.9 billion to Florida’s economy and was responsible for over 130,000 jobs in the 2017–18 fiscal year. Gainesville also has Saint Leo University (Gainesville Education Center) and City College (Gainesville campus).

Provo is the third-largest city located in Utah, United States. Provo is also the county seat of Utah County and is known for being home to Brigham Young University. The economy of this city is powered by many organizations and businesses, including over 100 restaurants, two shopping malls, multiple universities and colleges, several small companies, and several large international businesses. Cultural points of interest in the city of Provo include the LDS Church’s Missionary Training Center, the Covey Center for the Arts, and the Provo City Library at Academy Square. Provo has two LDS Church temples: Provo City Center and Provo Utah, the former restored from the ruins of the Provo Tabernacle. The Utah Valley Convention Center is also located in downtown Provo. There are numerous museums on the BYU campus.BYU, a private university, is operated by the LDS Church. BYU, the third-largest private university in the United States, is located in Provo with more than 34,000 students. Provo also has Rocky Mountain University of Health Professions and Provo College.

Lawrence is the sixth-largest city and the county seat of Douglas County, located in Kansas. This city is known for being a college town and home to both the University of Kansas and Haskell Indian Nations University. Lawrence started as a center of free-state politics, and its economy diversified into many industries, including agriculture, manufacturing, and education, beginning with the founding of the University of Kansas in 1865 and Haskell Indian Nations University in 1884. The University of Kansas, the largest public university, is located in the state with a total enrollment of just more than 30,000 students. This university has more than 170 fields of study and the nationally known Kansas Jayhawks athletics programs. Along with that, Lawrence is home to Haskell Indian Nations University that offers free tuition to members of registered Native American tribes. Haskell University is also the home of the American Indian Athletic Hall of Fame and the Haskell Cultural Center. Several private Christian colleges and schools are located in Lawrence as well, such as Heritage Baptist College. In 2011, Lawrence was named one of America’s ten best college towns by Parents & Colleges.

Madison, the capital of the state of Wisconsin located in the United States, is also the seat of Dane County. In 2019, Madison became the second-largest city in Wisconsin by population, after Milwaukee, and the 82nd-largest in the United States. This city is the fastest-growing city in Wisconsin and forms the core of the Madison Metropolitan Area, which includes Dane County and neighboring Iowa, Green, and Columbia counties. Madison is named after the American Founding Father and President, James Madison. This city is popular for being home to the University of Wisconsin and other important locations that include eight National Historic Landmarks. The presence of the University of Wisconsin, as well as other educational institutions, has a significant impact on the economy, culture, and demographics of Madison. Madison ranks second in the nation in education, where the Madison Metropolitan School District serves the city while a variety of other districts serve the surrounding area.

Ann Arbor is a city located in the state of Michigan and the county seat of Washtenaw County. Ann Arbor is known for being home to the University of Michigan that significantly shapes Ann Arbor’s economy as it employs about 30,000 workers, including about 12,000 in the medical center. This city’s economy is also centered on high technology, with several companies drawn to the area by the university’s research and development infrastructure. Public Schools located in Ann Arbor are part of the Ann Arbor Public Schools district, which has one of the country’s leading music programs. Notable schools in this district include Pioneer, Huron, Skyline, and Community high schools and Ann Arbor Open School. This district also has a preschool center with both free and tuition-based programs for preschoolers in the district. Higher education in Ann Arbor includes the University of Michigan that dominates the city, providing the city with its distinctive college-town character. Other local colleges and universities in Ann Arbor include Concordia University Ann Arbor and Cleary University.

Flagstaff is the county seat of and a city in Coconino County located in Northern Arizona, in the southwestern United States. This city is an important distribution center for companies such as Nestlé Purina PetCare and is home to the United States Geological Survey Flagstaff Station, the US Naval Observatory Flagstaff Station, and Northern Arizona University. Flagstaff has a strong tourism segment due to its proximity to the Arizona Snowbowl, Meteor Crater, Grand Canyon National Park, Oak Creek Canyon, and Historic Route 66. Flagstaff has nineteen public schools with 11,500 students and 800 faculty and staff in the Flagstaff Unified School District. Additionally, several charter schools are operating in the Flagstaff area, including Flagstaff Junior Academy, Northland Preparatory Academy, the Flagstaff Arts and Leadership Academy, Pine Forest Charter School, BASIS Flagstaff, and the Montessori Schools of Flagstaff. This city is home to three institutions of higher education, Northern Arizona University, Coconino Community College, and Flagstaff College.