Best Books for Men in Their 20’s 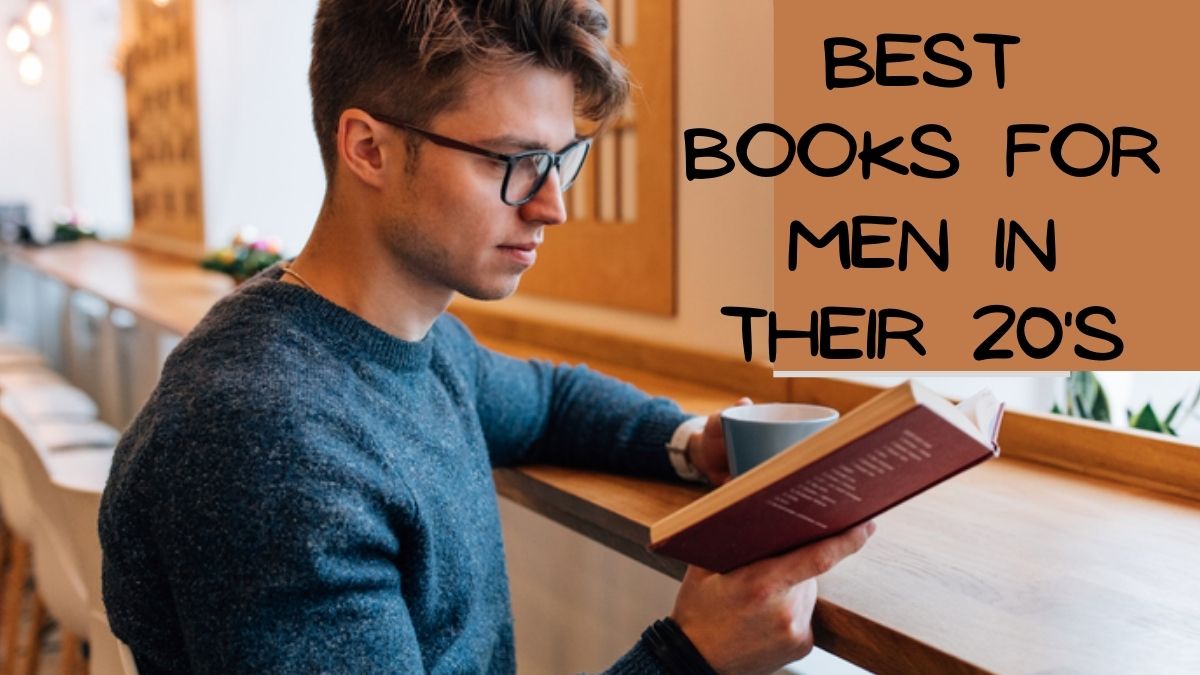 It is said, “a reader lives a thousand lives”, and we all know it is utterly true because books have the power to transport us into a different world. When you are especially in your teenage, it is very important that you come across some good books that can leave an impact on your lives or maybe mold your personality.

This article would feature one of the finest works of authors of different genres, the best books for young men, who are about to hit their twenties. If you don’t read these books on our list before time, then you are surely going to miss a lot of things. Here are the best books you should definitely read.

1. Men Without Women by Ernest Hemingway

Nick Adams a notable character of Hemmingway who also appears in Men Without Women in stories like “The Killers,” “Now I Lay Me,” and “Ten Indians”, will surely impress young readers with his charm. A book that must be read by young men for it lets them explore different tales and incidents without having to focus on events that revolve around impressive women characters.

An extremely popular work of historical fiction, Catch-22by Joseph Heller, the novel takes the reader back at the time of World War II, where the bombardier Captain John Yossarian and his squadron crew are struggling on a fictional island called Pianosa. Yossarian is a man who avoids danger, he tries his best to avoid illness and most importantly death. The soldiers in the squadron continually take part in dangerous missions and hope to return home safely.

The novel features anti-war themes, paints the true picture of war, its chaos and tensions, an unusual third-person omniscient narration with multiple points of view, and a non-chronological story sequence. The novel provides readers a unique reading experience, where they get to become a part of a war situation, and know it from the core.

3. A Song of Ice and Fire Series by George R. R. Martin

A series by George R.R. Martin that became so popular around the world, that it was adapted as one of the best web series the world has ever known- the “Game of Thrones” series. The series revolves around powerful kingdoms, the fight for the throne of 7 kingdoms, sudden violent events, unpredictable turns and incidents, love, passion, deaths and so much more.

While most of the series takes place on Westeros and Essos and throws major focus on the “King’s Landing”, and the powerful houses such as The House of Lannisters, The House of Baratheon, The House of Stark, House Targaryen, and many others. The clash between all the houses, and their fight for the single throne, makes it one of the best series you will ever read in your life. Also, do not forget to watch the fictional characters of the books come to life in the series “The Game of Thrones”.

Fight Club by Chuck Palahniuk opens with a very unusual beginning, the Narrator and Tyler Durden are standing atop a 190-story building, and Tyler is holding a gun inside the narrator’s mouth. The narrator then takes readers back to past incidents and explains how he has come to this deadening situation.

The novel revolves around the life of the narrator, the events that lead to his enmity with Tyler, and his involvement in the Fight Club. An extremely engaging novel, Fight Club will become your favorite.

A heart-breaking and captivating novel by Haruki Murakami, Norwegian Wood covers incidents that young men especially in their twenties can relate to. Toru Watanabe is a young college student, he is devoted to Naoko, the girlfriend of his childhood best friend who had committed suicide. But things are not that easy as they seem, Naoko has psychological issues, she is not like those normal 19-year-olds, and Toru’s coming to terms with his adulthood, his journey of seeking love, dealing with immense pain and heartbreak and so many other things make this novel a truly captivating read.

Toru tries his best to bring Naoko to a normal life, he wants her to forget everything about her past and begin anew, but when Naoko takes the wrong step, Toru is devastated and must find the way that is right for him. A novel that is designed the way the lives of youngsters are, full of passion, heartbreaks, confusion, depression and so much more, Norwegian Woodis is worth a read.

A coming-of-age novel by J.DSalinger, The Catcher In The Ryerevolves around the character of Holden Caulfield, who reflects autobiographical resemblance, is expelled from Prep. School, and has run away from home. Holden’s parents are inactive, they don’t show much importance to Holden and his sister, hence he has no one to run into when he is in a troubled state.

Holden is at the brink of becoming an adult, but he doesn’t want to become one, as he thinks all adults are phonies, and he hates phoniness. All Holden wants to do is become a “catcher in the rye”, he wants to protect children from becoming adults and as a result, phonies, so he wants to catch them before they fall into the world of adults from innocence. Throughout the novel, Holden tries to protect the people he loves from becoming phonies and eventually comes to a realization that it is impossible to protect anyone, everyone becomes an adult. A novel idea for men in their 20’s who will share a mutual bond with Holden and his quest.

7. The Watch by Joydeep Roy-Bhattacharya

The Watch by Joydeep Roy Bhattacharya is a remarkable novel that is heart-breaking and haunting and takes readers into a journey of timeless tragedy that prevails in Afghanistan in the present day. An Indian author who introduces readers to the futility of war in the contemporary world.

From devastating night-long battles to a lone woman demanding the return of her brother’s body at Kandahar, the novel features events that are so intriguing that it will keep the readers glued till the end. Will the woman get what she is searching for amongst the crowd of soldiers? Is she a spy or on a single-minded mission? The Watch will provide you an unforgettable reading experience.

Published in the year 1969, this extremely popular Science-fiction novel by the American author Kurt Vonnegut deserves a mention for presenting the world with his finest work of fiction in Slaughterhouse-Five. Considered as one of the most significant anti-war novels, revolves around the character of Billy Pilgrim and his experiences in WWII.

Billy is not a good soldier, he is not as skilled as his fellows, but in no time he finds himself involved in a battle along with a strange, arrogant bully named Roland Weary. Billy then is captured by the German troops and kept in prison, the novel records the true picture of war, the treatments imposed on war prisoners, the technologically advanced weapons used in wars to destroy each other, and many heart-touching events. This novel is truly captivating and deserves a read by readers of all kinds.

The Great Gatsby is regarded as one of the best books of America portraying a character named Jay Gatsby who has risen with the crook, his “American Dream” of getting back Daisy in his life, and the post-war society of America that values the riches (Elites) and disregards the working class.

Gatsby is an enigma, rise to fame all of a sudden for the lavish parties he throws that are open for anyone to attend. But he has a strong purpose behind it. We get to see Gatsby closely through the eyes of the narrator Nick Carraway who stays with him in every important incident recorded in the novel, and it is only  Nick and a few attendants who stay with Gatsby until his demise. This amazing story of romance and revenge by F. Scott Fitzgerald will leave an everlasting impression on readers and is undoubtedly one of the finest books of modern American Literature.

10. A Gentleman in Moscow by Amor Towels

A Gentleman in Moscow by Amor Towels is a heart-touching novel that revolves around Count Alexander Rostov, a Russian nobleman who is sentenced to lifelong imprisonment in Moscow’s Metropol Hotel after the Bolshevik Revolution of 1917. Before his imprisonment, Alexander lived in an executive suite of the hotel, but as soon as he is accused, he is imprisoned in the same hotel in a much smaller and cheaper room.

The novel features how Alexander deals with his imprisonment, how extremely tough his punishment becomes, and how he eventually tries to live with his situation. When Alexander encounters Nina, the little girl, his life gradually begins to change. This novel has a captivating plot, it lets readers explore the inner psyche of its protagonist, and dive deeper into the life of a prisoner, who has a lot to tell and show and live.