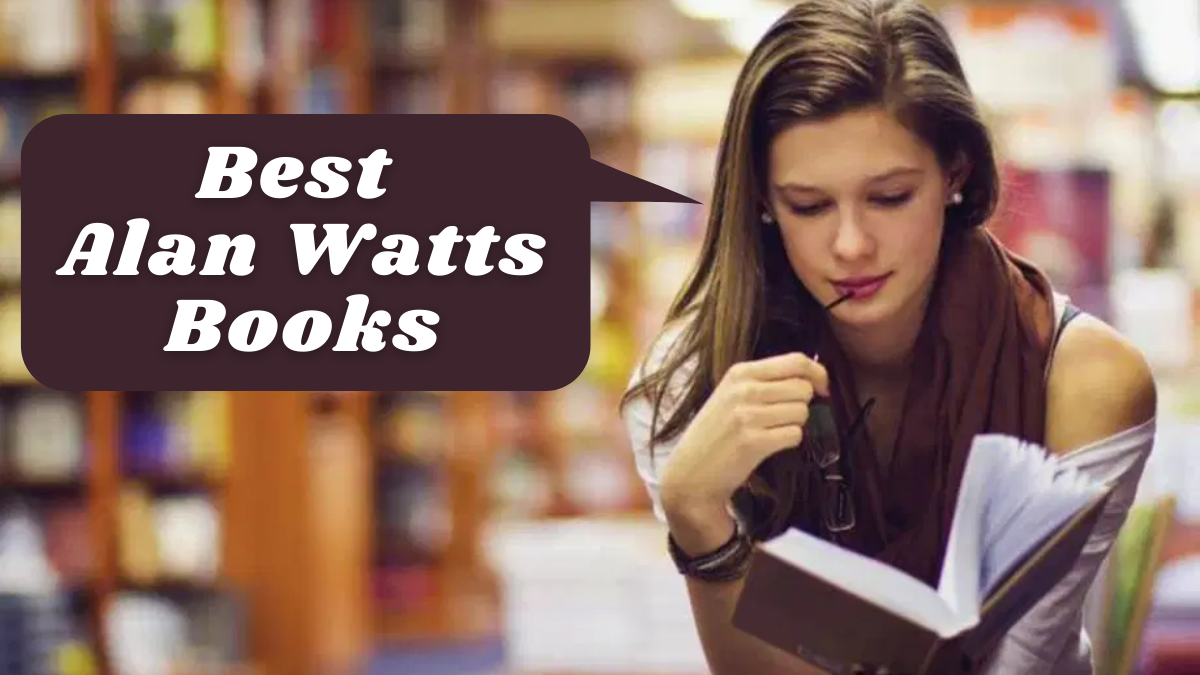 Alan Watts was a prominent novelist, author, and lecturer from the United Kingdom. He published his first pamphlet when he was seventeen years old, in 1932. He also wrote a total of 25 books during his lifetime. He was most recognized for translating Eastern ideologies and faiths like Buddhism, Hinduism, and Taoism into English for a Foreign audience. The writer was captivated by Asian art, writing, and philosophy from an early age, and later became a part of the London Buddhist Temple.

But, having served as an Episcopal priest in his older years, he was well-versed in Western religions. Watts contributed to the popularisation of Eastern philosophy in Western audiences by writing more than 25 books and numerous essays. There, he taught a jumbled Zen philosophy that included topics like the everlasting present, body wisdom, and following one’s desires. In his publications, he incorporates concepts from both Eastern and Western ideologies.

1. The Wisdom of Insecurity

Alan Watt’s theories, especially in this book, can take you down a metaphysical rabbit hole that can keep you stuck permanently. At the same time, if you peel back the philosophical layers, which he occasionally assists you with, you’ll see that the message is always straightforward at its core. He is pleading with the reader to let rid of the ego and come to a full realization. We become less conscious of the current moment when we spend all of our energy attempting to prepare for the future. Our constant search for a better tomorrow and reminiscing about the past causes anxiety and inhibits us from completely experiencing the present moment. We must appreciate the moment in order to have a fulfilling life because we only exist at the moment. Separation also inhibits us from fully enjoying life and being present, as the author addresses in this book.

Alan Watts digs into the roots and chronology of Zen with a remarkable blend of originality and clarity, explaining what it means for the world now with amazing insight.“We can’t resist giving someone else the same influence or power over us when we try to exercise influence or authority over them. “If you wish to understand more about Zen Buddhism, this book will provide you with a thorough overview and excellent summary. The author not only delves into the history and roots of Zen but also describes its ideas and practices in this work. This book is aimed at both the casual reader and the serious learner. It is structured in a way that is easy to grasp for American readers and accessible to the general public, so anyone who reads it will find satisfaction in it.

3. The Book: On the Taboo Against Knowing Who You Are

Alan Watts’ The Book distills and adapts the Hindu concept of Vedanta to provide a much-needed solution to the dilemma of human identity. This book will broaden your heart and offer you a new way of viewing the world if you have issues about your own existence or your place in the universe. The book will help you comprehend that your real character is divine and that you are linked to everything else by applying the Hindu ideology of Vedanta. Our fundamental lack of understanding of who we really are is at the basis of human strife. The delusion that we are solitary beings, disconnected from the entire universe, has caused us to be antagonistic to the “outside” world, fuelling our misuse of science and aggressive and unfriendly enslavement of nature. Watts has written a stunning lesson on what it means to be alive to help us comprehend that the self is, in fact, the core and foundation of the universe.

Whether you’re new to Alan Watts or already know his works, Out of Your Mind: Essential Listening from the Alan Watts collection is a great chance to see him at his finest, improvising beautifully. This book is a collection of the writer’s most popular seminars from the late 1960s and early 1970s. The lessons are ageless, despite the fact that it was taped decades ago. According to the author, occasionally you have to go out of your head in order to come to your wits. This book will teach you how to transcend the rational mind’s limitations, extend your awareness, and embrace your life rather than taking it too seriously. The author analyses and addresses certain preconceptions that many of us have forgotten or ignored, drawing on fresh insights from various religions, particularly Buddhism. It’s difficult to imagine these lectures are more than 50 years old.

“Trust in human nature requires acceptance of both its good and terrible aspects, and it is difficult to trust people who refuse to acknowledge their own flaws.” This is the writer’s final book before he passed away. Al Chung-Liang Huang finished the job. This work, like The Way of Zen, provides an excellent overview of the science and theory of Tao. Beyond cognition or notions, Tao is impossible to describe. If you’ve read the Tao Te Ching previously but found it enigmatic and difficult to comprehend, this is the book for you. The writer does an excellent job of narrowing the gap between Chinese philosophy and western thinking and providing access to everyone. The spiritual core of the mystical Tao is beautifully captured in this book, titled the watercourse method. This final effort, according to critics, is a wonderful memorial to Alan Watts’ life and labor. If you are a die-hard fan of Alan Watts, you will read this book with a heavy heart as we know that we will not be getting any more amazing books from the celebrated author. This one is Easily one of the best on the list.

6. The Meaning of Happiness

Most individuals believe that joy is derived from having or doing something. Here, in Alan Watts’ seminal third book (first published in 1940), he presents a more demanding thesis: contentment comes from accepting life overall, with all of its inconsistencies and paradoxes, an attitude Watts refers to as the “method of acceptance.”Those who seek joy do not find it since they do not realize that the seeker is the object of their search.” If you believe that joy is based on having or doing something, this book will introduce you to a new way of thinking about happiness. The writer was in his early twenties when he wrote this novel, which was first published in 1940. He already knew at that age that true happiness came from accepting life in all of its inconsistencies and paradoxes. It stems from our deep acceptance of both our external and internal environments. Happiness is not something we can achieve by attempting to achieve it. Instead, it appears when we recognize that we are under the delusion that we must achieve happiness!

Western philosophy and cultural identity have cohered around a set of design ideas—that humans are distinct from a nature that must be regulated; that the mind is somehow superior to the body; that all sexuality entails a seduction—that underpin our profiteering of the earth, our resentment of emotion, and our hopelessness and aversion to love. This book will help you realize your profound spiritual relationship with nature and others if you feel detached or separated from the world and society. The author investigates humanity’s place in the natural world, as well as the relationship between mind and body, in this book. Nature and humans are frequently split in modern culture, and the mind is regarded as superior to the body. However, we are all related at our core. The author then went on to analyze the interaction between man and woman in the second portion of the book, as well as the seeming conflict between spirituality and eroticism.

This book was put together by Mark Watts using his father’s vast diaries and audio recordings of noteworthy lectures he gave across the country. Alan Watts, the author of The Way of Zen and The Joyous Cosmology, breaks down the basic idea of meditation into three components, explaining how people can practice a variety of meditations and how inner wisdom develops spontaneously. The author not only had a broad understanding of both Eastern and Western spiritual or religious traditions, but he also accepted and practiced the cultural practices he studied. This book is a collection of many diaries and transcripts of audiotapes presented by the author during his lectures.

This is the book to read if you enjoy Alan Watts’ work and would like to learn more about his history and inspirations. This book is a memoir of his early philosophical development. The author, on the other hand, does not believe in the chronological or historic illusion that events are sequential. As a result, his autobiography is nonlinear. You won’t find his normal spiritual and philosophical insights in this book. Instead, you’ll get a closer look at this intriguing nonconformist’s life, his insights on Western culture, and frequently funny descriptions of gurus, celebrities, and psychedelic drug encounters.

Alan Watts exhibits the intellect, humor of thinking, and purity of language that have made him so continuously popular as a translator of Eastern thought for Westerners in this collection of essays, which includes nine new chapters never before available in book form. He relies on a wide range of religious traditions to address issues such as the difficulty of perceiving one’s existence “exactly as it is,” the Taoist approach to harmonious living, the limitations of speech in the face of unfathomable spiritual reality, and Christian thought’s psychological metaphors. This book discusses our issue of perceiving our lives “exactly as they are,” drawing on a number of religious traditions such as Taoism and Christianity. It assists us in realizing that we cannot control everything. It also serves as a reminder to cherish the current moment, as it is only now that we actually exist.