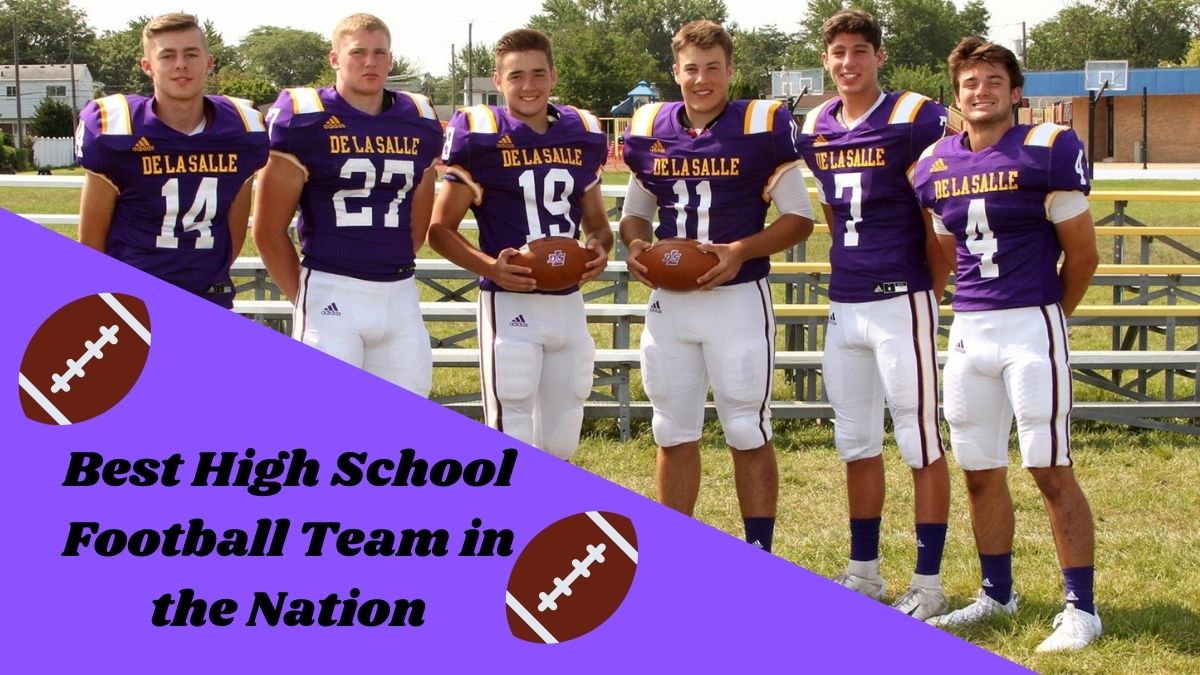 High School football season is rapidly approaching, and the nation’s top teams will be eyeing various district, regional and state championships. Football (11-player) is ranked the most popular program for high school boys in the United States, ahead of outdoor track and field by more than 400,000 participants. Let’s be honest; it is a daunting task to rank the best high school football teams since there are a lot of factors to be considered while listing. In this article, I have enlisted the top 10 high school football teams across the globe that sweeps the all American football culture off their feet.

All these high school teams are chosen after careful consideration of their talent, returning starters, past performance, coaching and competition quality. If you plan to get into these high schools for first-class football coaching, I would highly recommend you to go through this article. So, without further adieu, let us get into it!

Mater Dei High School Football has been the top-ranked football team recently. Mater Dei Monarchs Varsity Boys Football is California’s favorite team. In the recent Oct 1 match, Elijah Brown led the team to number one yet again. This Sophomore quarterback helps the Monarchs score 21 unanswered points in the second half to knock off the Braves.

Mater Dei has been leading the table in this present season and, on Oct 1, won their away conference game against St. John Bosco (Bellflower, CA) by 42-21. In addition, the school team has a splendid strike rate of 46.8, which makes them come in the number one position.

Florida’s favourite IMG Academy Football team has been rising in the ranking since the previous offseason.  The match on 25/9 was a first-class performance given by the IMG football team.

The IMG Academy varsity football team won their away non-conference game against Central (Springfield, MA) by a score of 49-0. It was a complete washout which helped the team to swoop their way through. Ryan Casey, the most famous player in the team, has become a very influential team.

St. John Bosco Braves Varsity Boys Football is yet another first-class football team that ranks number 3 in the best football teams in America. The school is from California and has been doing great in matters of most of the seasons. John Bosco has been a well-known team since the 90s.

Located in Austin, Westlake Chaparrals Varsity Boys Football has been one of the first-class football teams from Texas. The football team came into the limelight because on 10/1, the Westlake varsity football team won their home conference game against San Marcos (TX) by a score of 56-0.

The match showed the absolute dominance they offered and the fantastic team Westlake Chaparrals has. The team is top-rated for their touchdown passes, and Head coach Todd Dodge is a top-rated coach and has been in the market for a long time.

Texas’ favourite school Allen High School has nurtured the country’s top team, the Eagles. The reason for the sudden rise in the popularity of The Eagles is because they won the 5A-I state title for the past two seasons, and they are the rockstars of football currently.

This offseason has been expected to be a massive victory as Kyler Murray, in his senior year, will kick start this season. He is a fantastic player with  4,713 passing yards, 54 passing TD’s, 1,495 rushing yards, 25 rushing TD’s and has a great track record in winning for the team.

One of the best transfers for this offseason has been caused by St. Thomas Aquinas High School, located in Florida. The Raiders have been rocking every previous season after Jordan Scarlett has come abroad. He is the present national star, and the whole of Florida has been celebrating the team ever since.

The reason for constant success for The Raiders is their defence team. The defence at St. Thomas Aquinas is once again loaded with college prospects. Rashard Causey and Damon Arnette are 3-star cornerbacks committed to FAU and South Carolina, respectively.

One of the finest high schools in California is De La Salle. Their team, The Spartans, have been rocking the football industry from way back, but after the head coach Justin Alumbaugh has taken over the throne, he has taken the football team to a whole new level.

This program is never about stars and stud recruits, as it is a group that prides itself on disciplined play and execution. So this is the reason the team has uniquely surpassed their ranking towards the top. The offense is considered to be the strongest of all time.

How can I miss Alabama’s best team to reach the nationals Thompson Warriors Varsity Boys Football team, which has a fantastic track record. Their dominance over other teams’ defence and quarterback has helped them top the table and win games.

In a recent victory on 10/1, the Thompson varsity football team won their away conference game against Vestavia Hills (AL) by a score of 49-7. This game changed how America has been viewing this team. Trequon Fegans and JUSTIN PEGUES, both players, were awarded as Thompson’s players of the game.

One of the reasons why most of the boys’ high schools have the best football team is rocket science to debunk. Nevertheless, the Bergen Catholic Crusaders Varsity Boys Football team has had a phenomenal winning streak since 2016 and has been maintaining the streak ever since then.

Their victory against Don Bosco Prep Football team through a  total whitewash made them climb the table as their strike rate has been. It is located in Oradell, NJ, and this high school has been doing great in academics rankings as well.

Collins Hill Eagles Varsity Boys Football is a first-class high school team from  Suwannee, GA. On 10/1, the Collins Hill varsity football team won their home conference game against Peachtree Ridge (Suwanee, GA) by a score of 63-0. After that whitewash, they swooped to the top of the table.

This is the only team that outperforms teams in their hometown and has a significant record in away seasons. They have been in the top 10 tables right for two decades and have been consistent with their winning streak. It is a great boys football team.