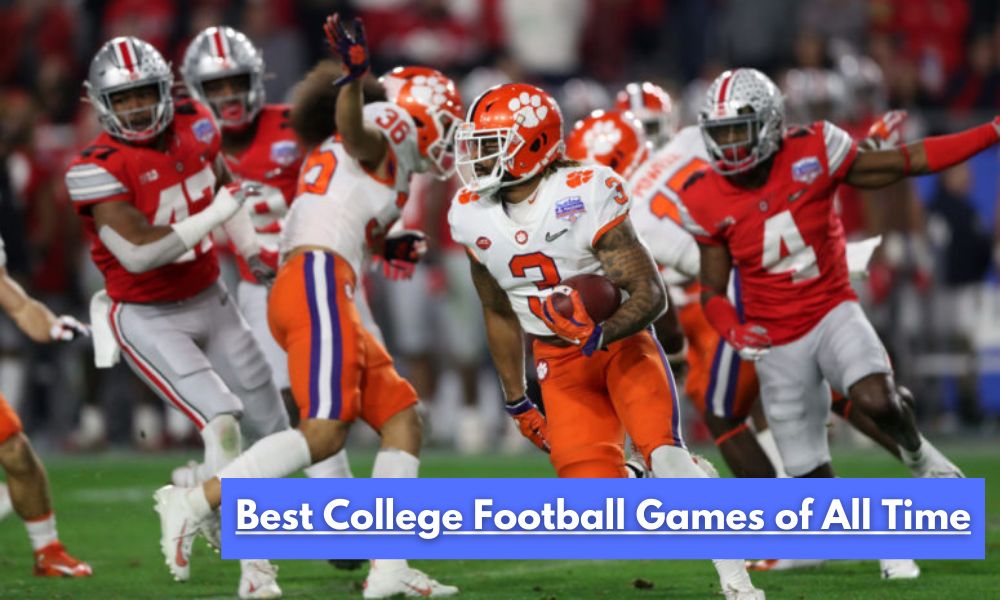 The best games of all time will still stick in our minds, whether it’s a huge surprise, a shocking play, or a historic outcome. On that November day in 1869, the young men who took the field for Rutgers and the College of New Jersey (now Princeton) may not have dreamed the phenomena they would help create. The first game left an indelible mark on any single college football player, coach, team, and spectator throughout history. While the game itself wasn’t particularly memorable — Rutgers defeated New Jersey 6-4 — the influence quickly spread across the field and became entwined with the structure of American society.

What does it mean for a game to have an overall effect on a sport? It varies depending on who you ask. Every game has a different meaning in different parts of the country. Here are ten of the best college football games of all time that have etched into the minds of every college football fan and are mostly brought up as references by fanatics in discussions about football in today’s time.

The Sooners and Huskers provided a Thanksgiving feast for Americans, with 829 yards of total offence, four lead shifts, just one penalty, and a game dubbed “Game of the Century” that lived up to its billing. The 72-yard punt return by Johnny Rodgers wasn’t the game-winner as many people believe: it came after Oklahoma’s first possession. Oklahoma scored on five drives of at least 69 yards against a defence that allowed no one else to score more than 17 points. With 1:38 remaining, the final of Huskers fullback Jeff Kinney’s four brief touchdown run turned the scoreboard to the hosts. 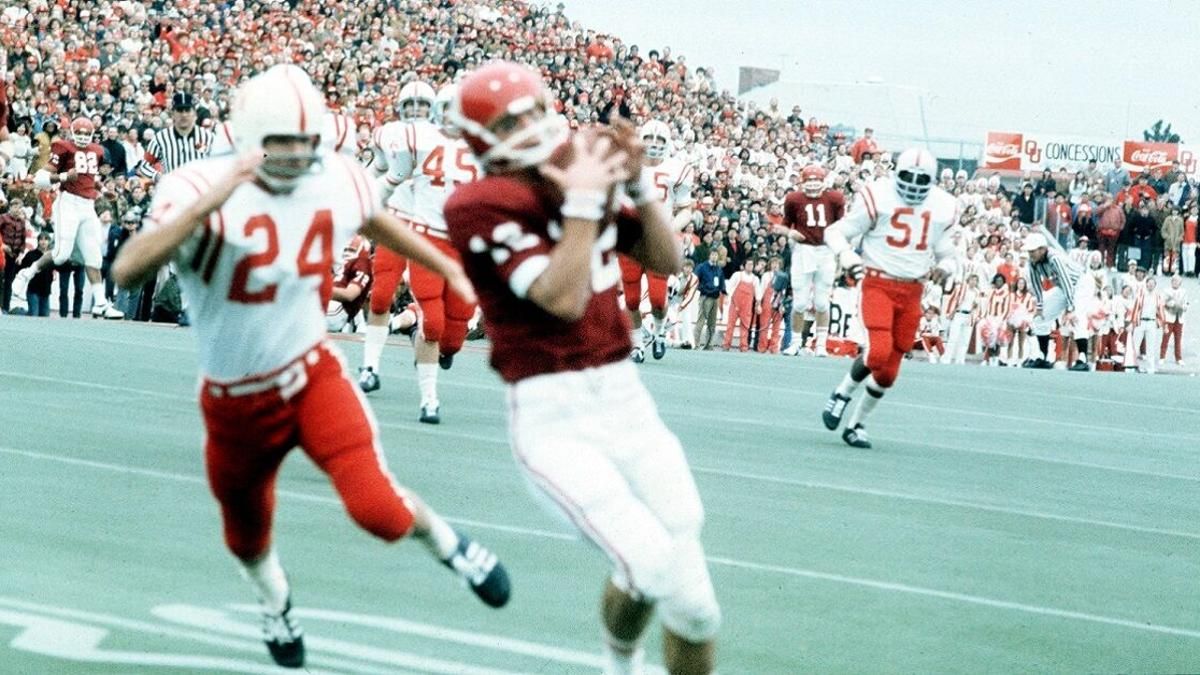 The Huskers came into the game as 11-point favourites, but the hometown Hurricanes, supported by a raucous crowd, took the title away from them. Nebraska never led, but they came back from 17 and 14-point deficits. With 48 seconds left in the game, the latter, capped by tailback Jeff Smith’s 34-yard rush, prompted one of the most daring coaching decisions ever. With an extra point, Nebraska would have been the only unbeaten team in the nation. Tom Osborne, on the other hand, didn’t want to end up at No. 1. Turner Gill’s 2-point pass to Smith was tipped by Miami defensive back Ken Calhoun, and the Hurricanes dynasty was born. 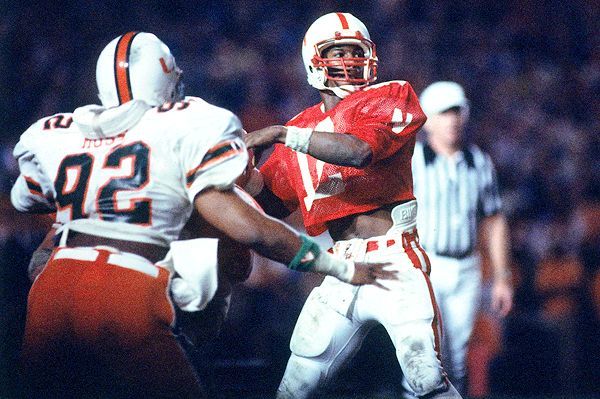 If Las Vegas had bothered to set a thread, the No. 5 Wolverines would have been prohibitive favourites. However, the Mountaineers, the two-time reigning FCS champions, had a genius at quarterback in Armanti Edwards. Two of the game’s four lead switches occurred in the final five minutes of frantic action. With 1:11 left in the game, the Mountaineers drove 69 yards for a 24-yard field goal by Julian Rauch. With 6 seconds left, the Wolverines replied with a long throw that set up a 37-yard field goal attempt. However, Appalachian State’s Corey Lynch blocked the kick, ensuring that this game will go down in history. 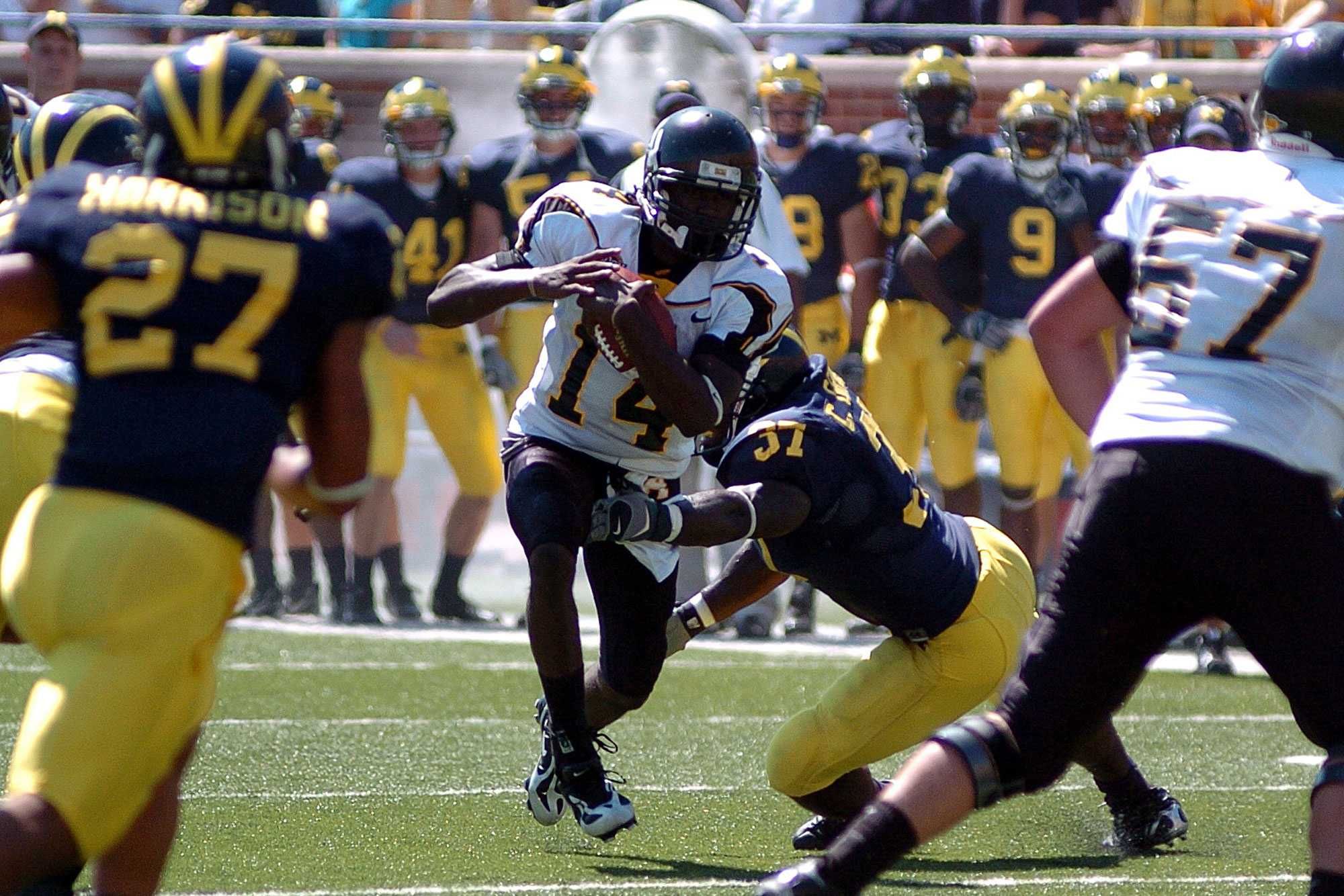 The stars of the Morality Play in the Desert, the Nittany Lions, wore navy jerseys and white caps. The huge, bad Hurricanes rolled into the Valley of the Sun with a vengeance. They walked out of a steak fry celebrating both sides after a Penn State player made a racially insensitive joke. The Canes’ bravado didn’t hold up to the Nittany Lion line, which bullied Heisman winner Vinny Testaverde into tossing five interceptions, the last in the final seconds on fourth down in the Penn State end zone. Miami outgained Penn State 445-162 but came up empty-handed. 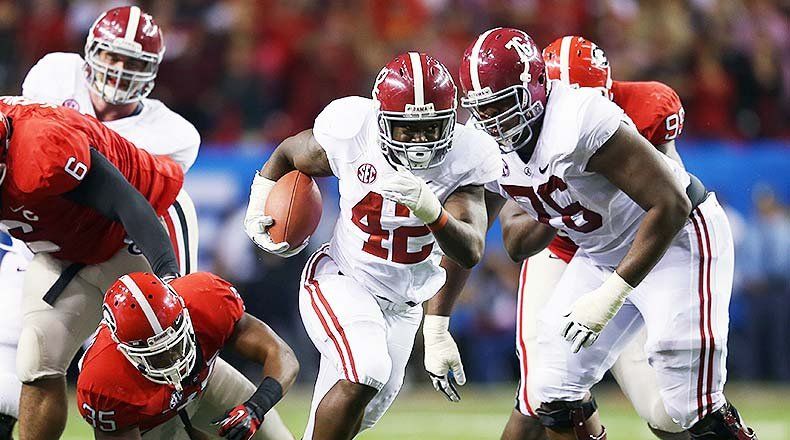 Miami coach Jimmy Johnson also maintains that if the replay rule had been in place on that crisp fall day, the debate about whether Canes running back Cleveland Gary fumbled, was down, or scored would have ended in Miami’s favour. The Canes would have won their 37th straight regular-season game, as well as their second national championship in a row. However, Pat Terrell’s batting away of Steve Walsh’s 2-point conversion attempt with 45 seconds remaining to foil the Miami revival is immortalized in Notre Dame history. Instead, Miami came up one play short, but which one was it? The Canes turned the ball over seven times. 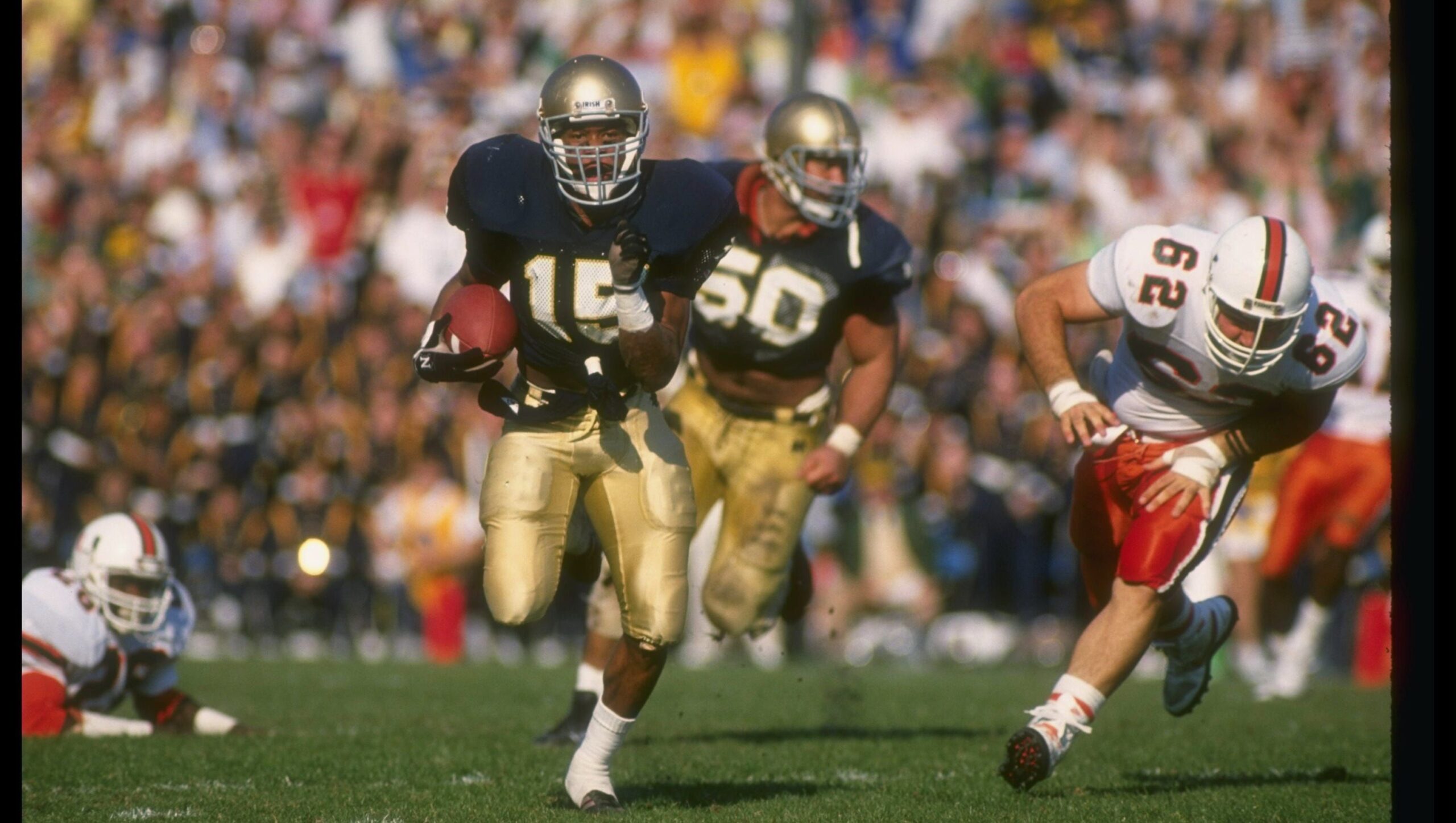 The Trojans would have won their third consecutive national championship if they had won their 35th game in a row. What about the claims that USC is the best team in history? That kind of journalism didn’t sit well with the Longhorns. Vince Young was enraged because USC running back Reggie Bush had captured the Heisman Trophy. Young passed for 267 yards and ran for 200, with the final eight yards coming on fourth-and-5 with 19 seconds left for the game-winning touchdown. In the final 6:42, a two-touchdown comeback was completed. Between those two touchdowns, Pete Carroll, the USC head coach, went for fourth-and-2 near midfield. Trojans would be perplexed for decades as to why Bush was benched. 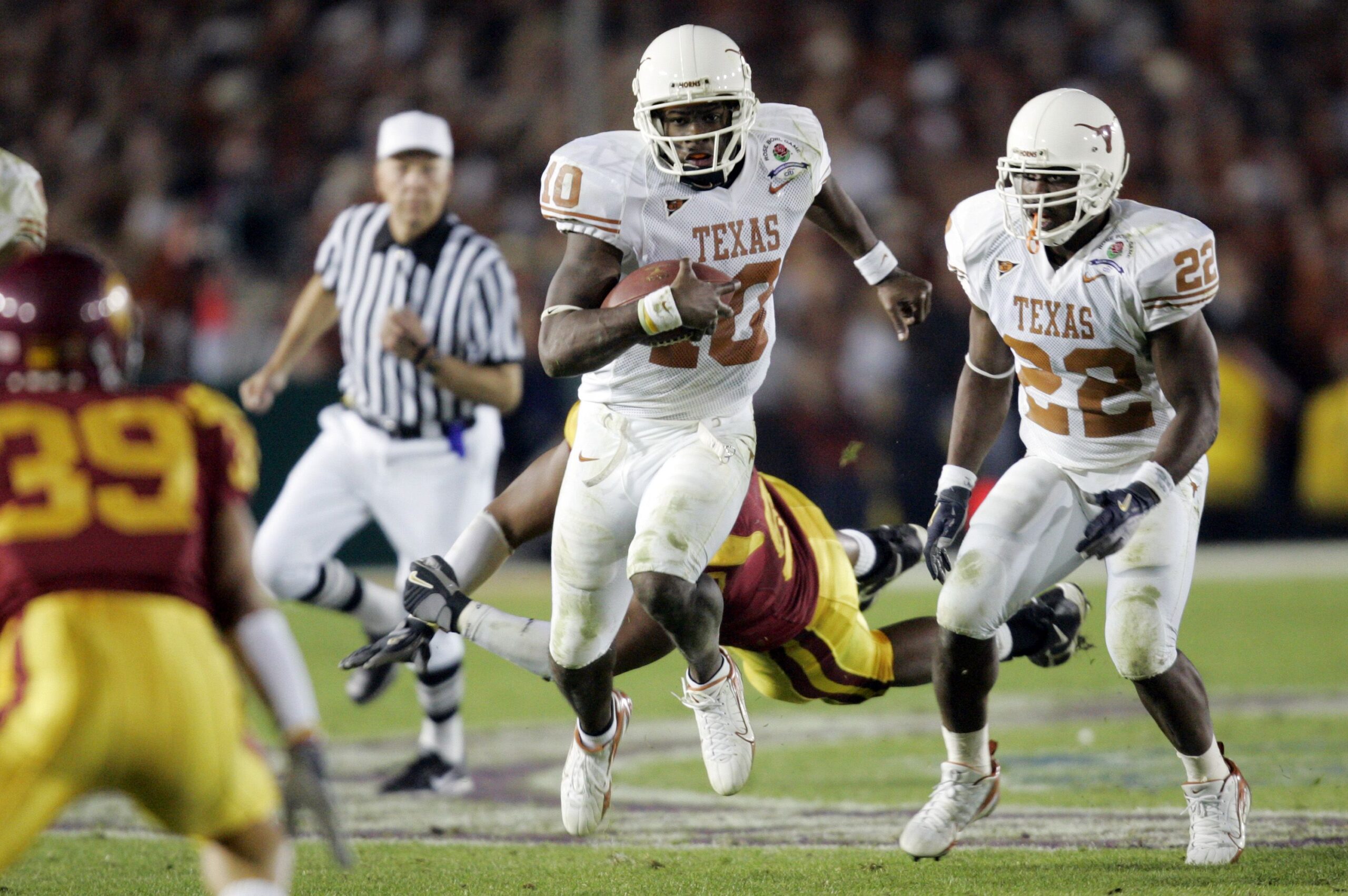 Joe Paterno, the head coach of the Nittany Lions, has been knocking on the door of the college football hierarchy for over two decades. For nearly two decades, the ruling class has failed to respond. Penn State was unbeaten three times but never finished first. Penn State knocked down the door this time, after an early 21-point defeat to Alabama. Curt Warner (117 yards) outgained Heisman winner Herschel Walker (103) and quarterback Todd Blackledge clinched the lead with a 47-yard pass to Gregg Garrity early in the fourth quarter. Only the third time in Walker’s three seasons as a tailback has Georgia lost. 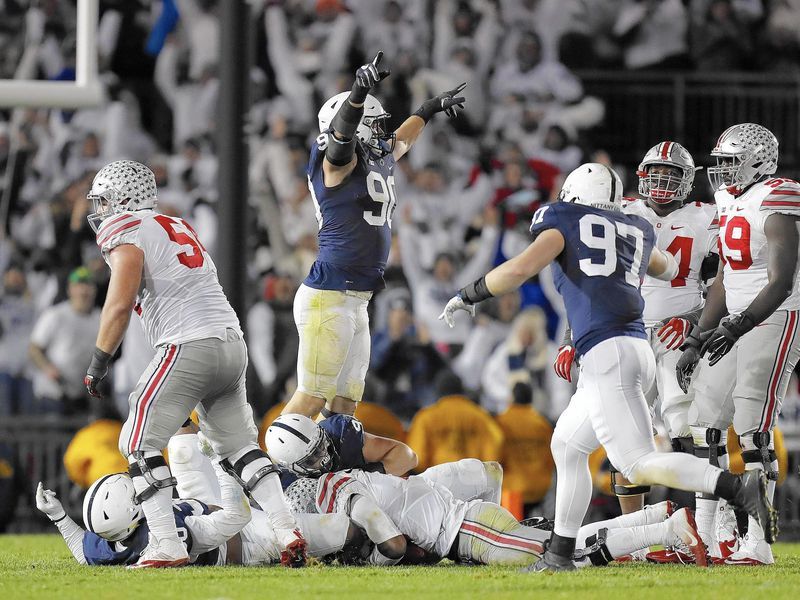 What everyone remembers from this game is Billy Cannon’s 89-yard punt return for a touchdown in the fourth quarter, thanks to LSU announcer J.C. Politz’s unforgettable radio call. Cannon, against Tigers head coach Paul Dietzel’s wishes, fielded the punt and then broke seven tackles when he ran down the sideline in front of the Rebels’ bench. The Tigers, on the other hand, won the game with a goal-line stand. On fourth-and-goal from the LSU 1, Rebel quarterback Doug Elmore attempted a left-handed run but was blocked by Warren Raab and Cannon. 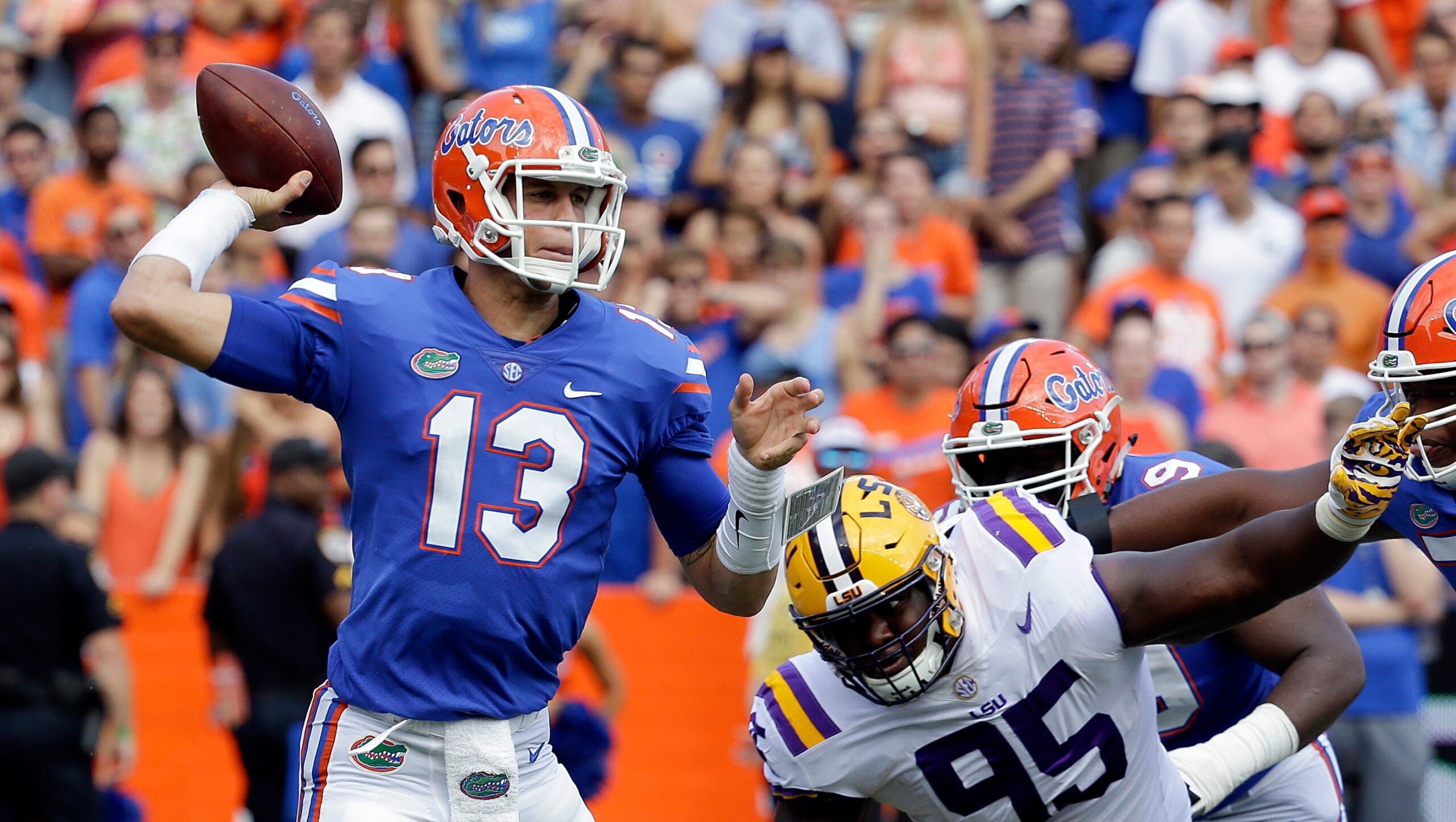 The first-ever meeting between two ancient forces lived up to the hype: six lead changes and big plays in the game. The game was decided by special teams: Al Hunter of the Irish returned a kickoff 93 yards for a touchdown, and Notre Dame converted the 2-point conversion; Bill Davis of the Tide missed an extra point in the fourth quarter. Bear Bryant attempted to pin Notre Dame deep in their own territory to force a late punt. However, on third-and-8 from the Irish 3, quarterback Tom Clements tossed a 35-yard pass to reserve tight end Robin Weber out of his end zone. Weber’s catch was his second of the season. 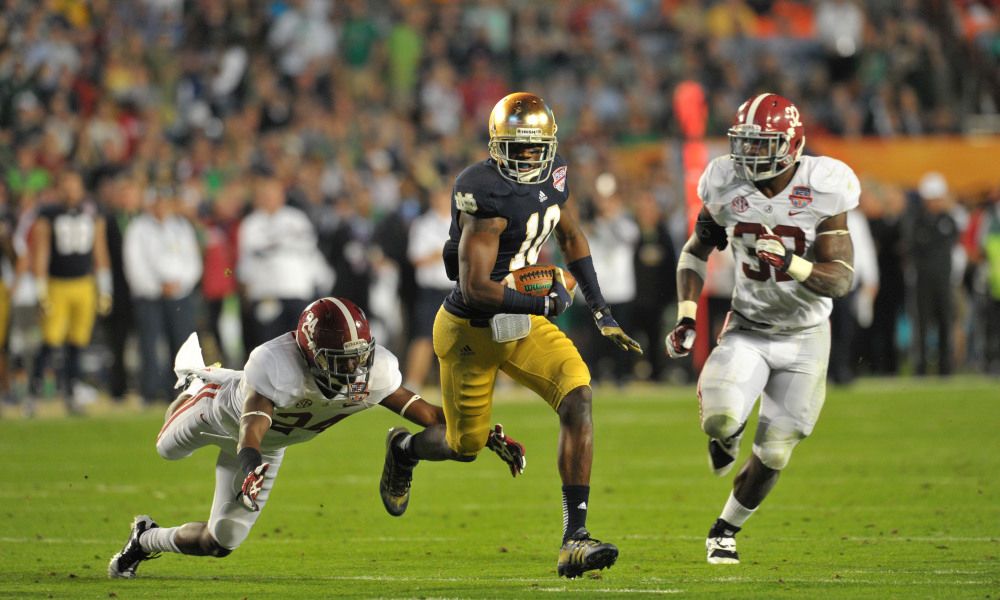 Will this game have made the chart if it hadn’t been headlined “Harvard Beats Yale, 29-29” by the Harvard Crimson? Maybe not, but what a satisfying conclusion. For the first time since 1912, the Crimson and the Bulldogs matched with perfect records. Yale-led 29-13 in the final minute and the visiting fans erupted. However, Harvard reserve quarterback Frank Champi, who entered the game with the Crimson down 22-0, led the Crimson to an 86-yard touchdown drive and a 2-point conversion. Harvard saved the onside kick, scored on the game’s final play, and Champi tossed a short pass to Peter Varney for the game-winning two points. 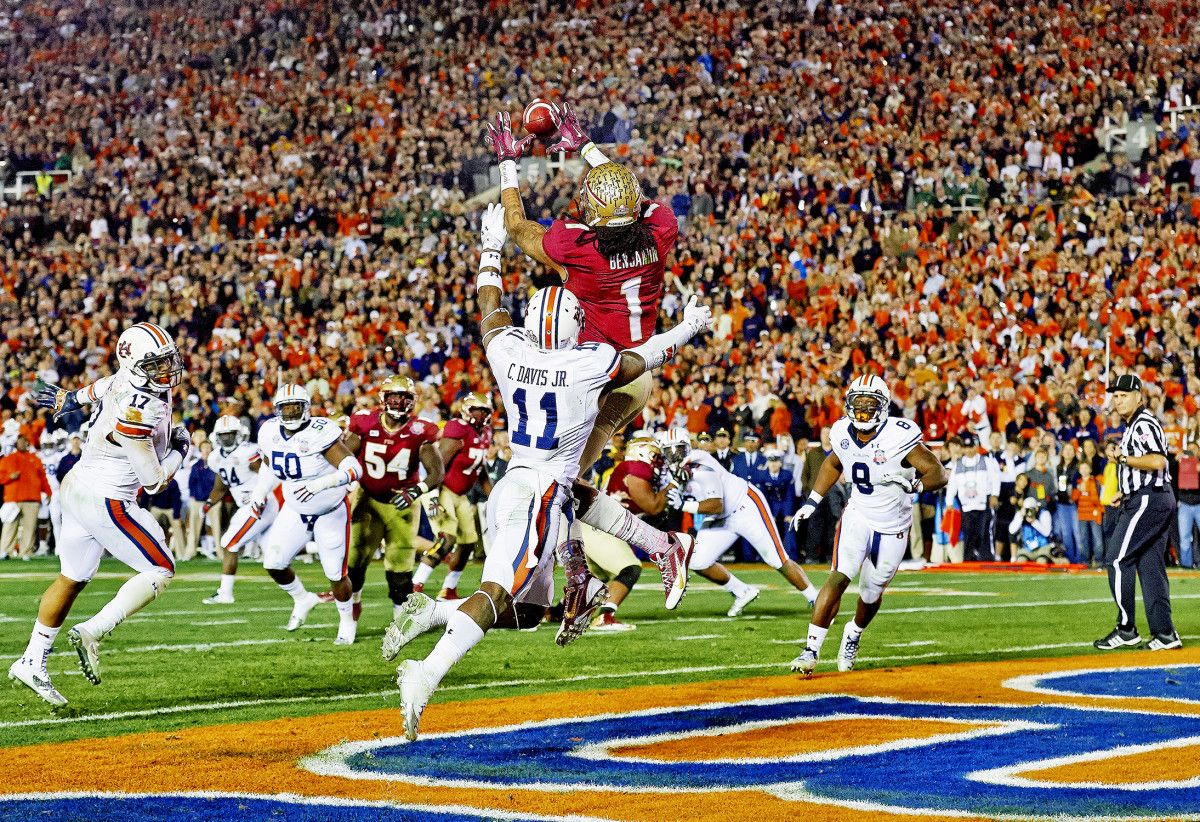