If anyone asked you to list the best NFL quarterbacks of all time, you certainly wouldn’t have a hard time doing so after compiling a resume that included each player’s win-loss record and passing achievements, among other things. What about college football, though? There, things get a little murkier. For starters, you’re contrasting eras. But, most specifically, you’re contrasting offensive strategies, levels of play, and even classes in college football in general that are vastly different. The point is that it isn’t nearly as easy.

There aren’t enough words to do Danny Wuerffel’s college football career justice, despite the fact that he never contributed to anything at the professional level. His throwing numbers are incredible, and he has led the SEC in net yards in back-to-back seasons (1995 and 1996). With Wuerffel at quarterback, the Florida Gators were a national force, winning the national championship in 1996. The year was also a watershed moment in the career of the gunfighter. He had a quarterback rating of 170.6 and threw for 3,625 yards and 39 touchdowns. Wuerffel also won the Heisman Trophy, Maxwell Award, Walter Camp Award, and Davey O’Brien in 1996. In addition, he was named All-American and won the SEC Player of the Year Award. 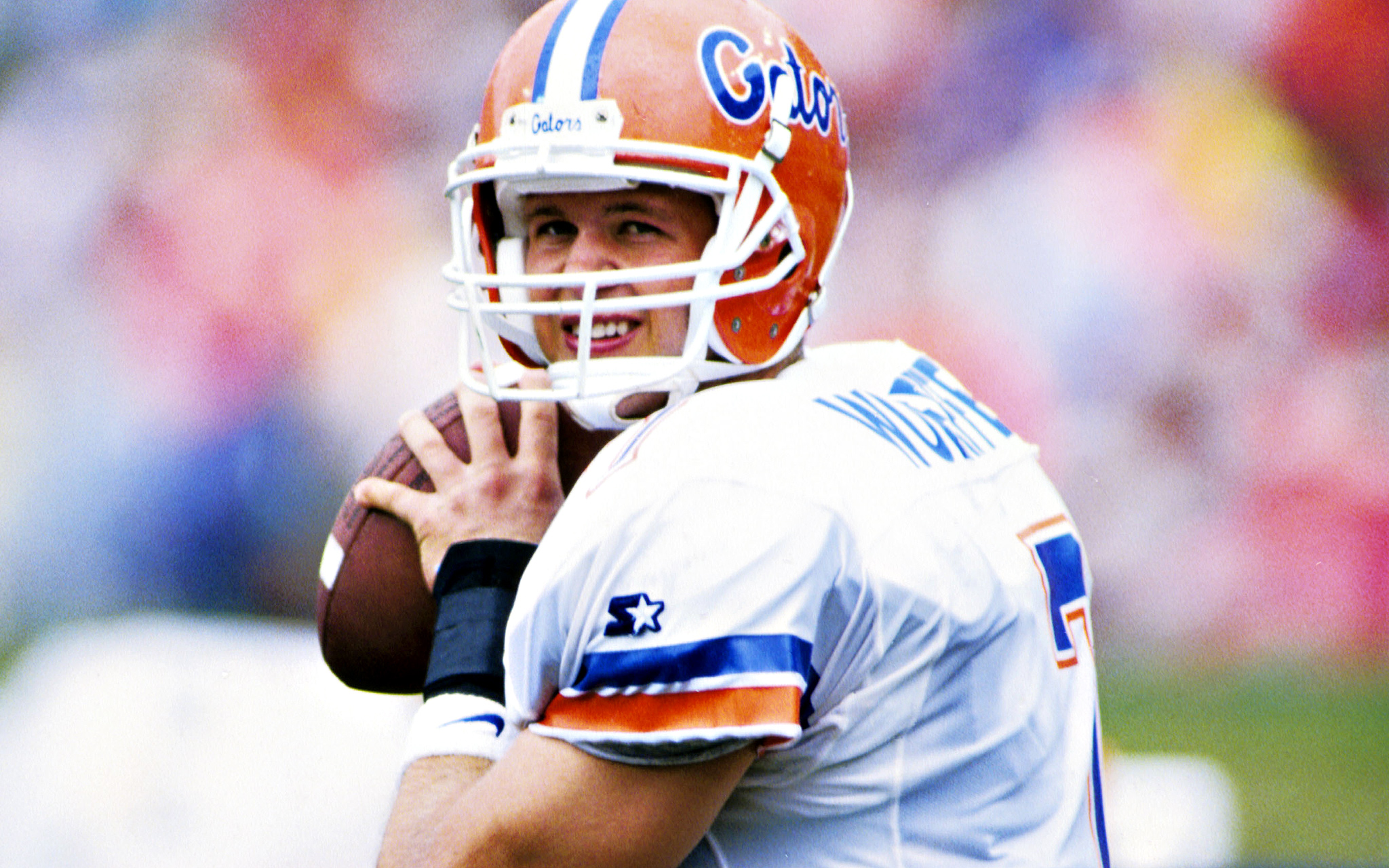 Charlie Ward was such a talented player at Florida State that he was not only the Seminoles’ star quarterback but also the basketball team’s point guard (he later played in the NBA). But this is about the gridiron, and Ward established the position’s norm in 1993. Ward was second in the country in total touchdowns with 31, fifth in pass completion percentage (69.5), and fourth in passing performance that season. Ward led the Seminoles to victory in the national championship game that year. Let’s just say Ward’s trophy case is stuffed from the season alone in terms of individual college football honours. He was named Heisman Trophy winner, Davey O’Brien Award winner, Johnny Unitas Golden Arm winner, Maxwell Award winner, and Walter Camp Player of the Year winner. The All-American is unquestionably one of the best. 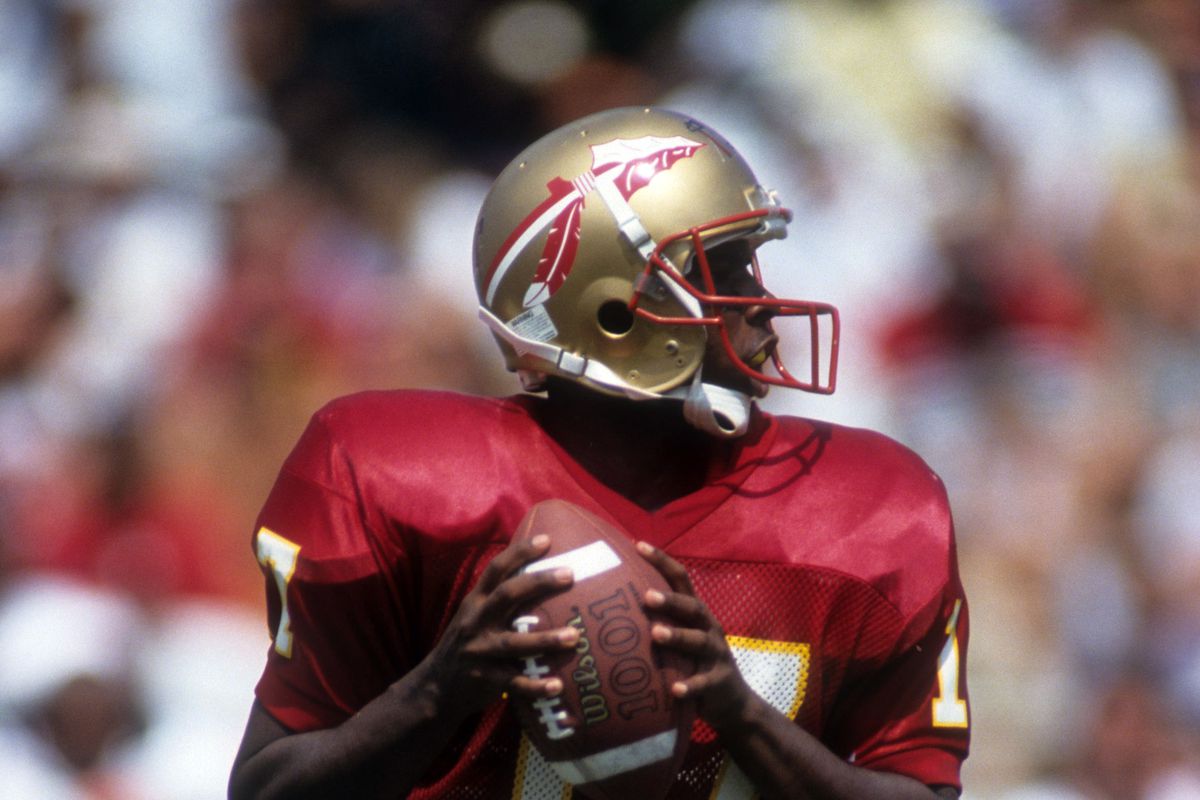 In the early 1990s, Nebraska Cornhusker’s squads are widely regarded as among the greatest in the game’s history. In 1994 and 1995, they claimed national championships and went unbeaten in both seasons. Tommie Frazier is the man in charge of these behemoths. His stats may seem to be extravagant, but it was what he took to the field that distinguished him as a standout college football player. Frazier was a force to be reckoned with as a tyrant, dual-threat, and fierce competitor. Those Cornhusker’s squads were incredible. Frazier, on the other hand, was the one that took them over the brink. In the end, plays like this one cemented his role in history and added to his illustrious reputation. 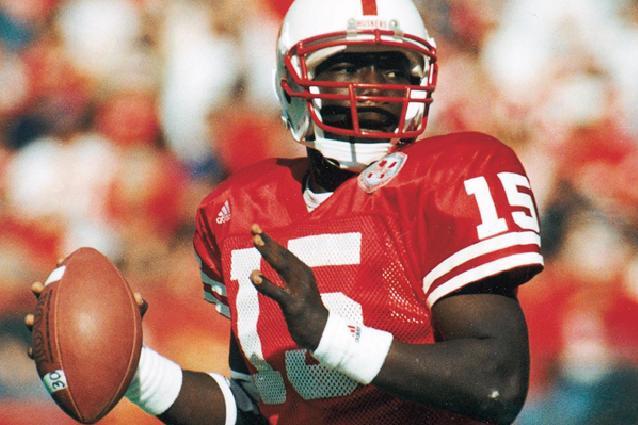 Matt Leinart was a standout quarterback for the USC Trojans when he was on the field. But, most importantly, he came out on top. In his career as a starter, Leinart was 37-2, helping the Trojans finish first in the AP poll in 2003 and winning the BCS Championship the next year. Although the victory was vacated due to teammate Reggie Bush’s fiasco, Leinart’s dominance at the quarterback position during his college football career cannot be denied. With over 3,300 passing yards and 33 touchdowns in 2004, he torched teams in the air. As a result, he was awarded the Heisman Trophy, which he deserved (among other hardware). 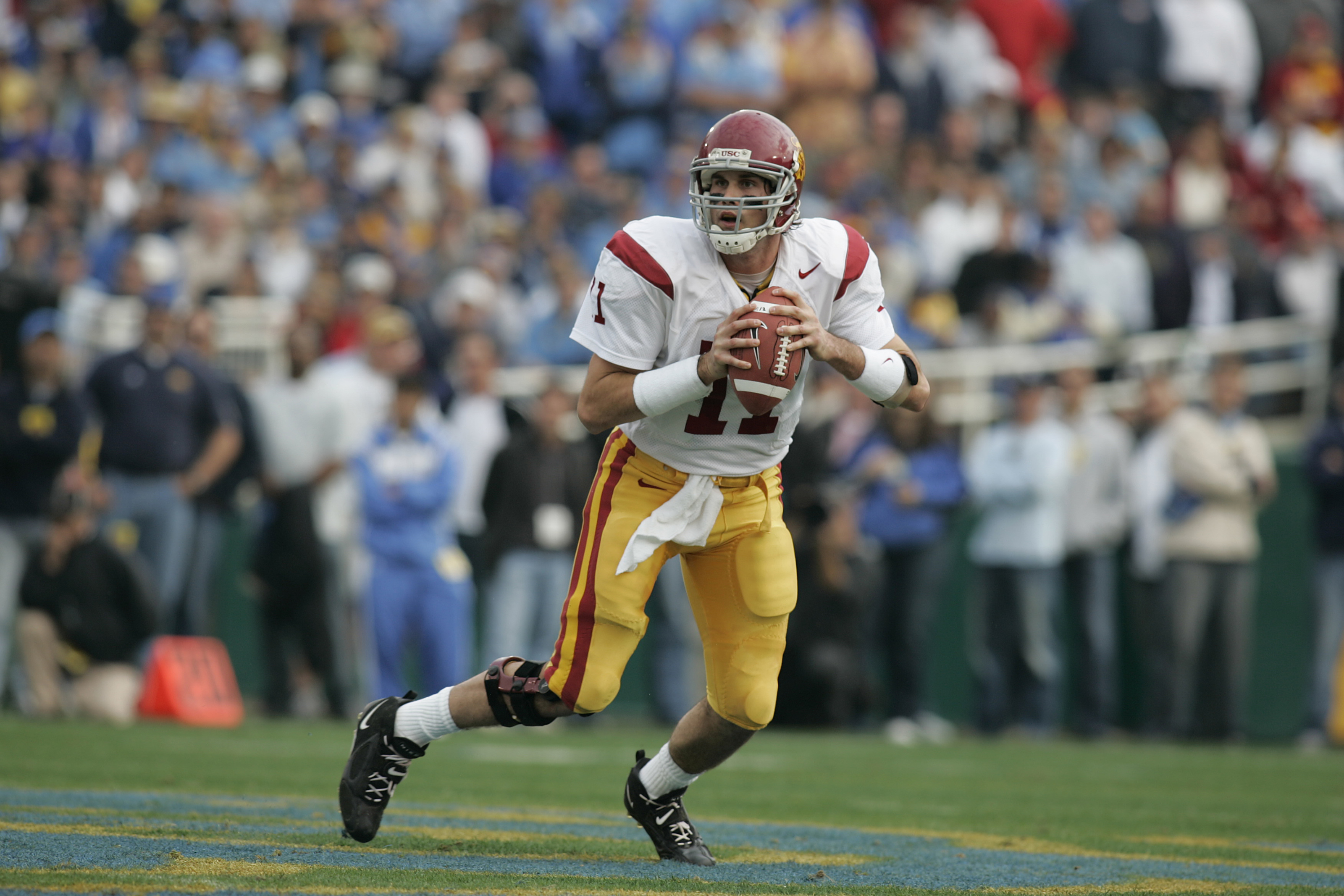 Whatever you think about Tim Tebow’s tenure in the NFL, he was a game-changer as the quarterback for the Florida Gators. In 2006, Tebow was a marginal contributor to the Gators’ BCS Championship season, but in 2008, he was the star of their championship squad. He won a slew of individual college football honours in addition to two titles for the Gators. He received the Davey O’Brien Award, the Maxwell Award, the AP Player of the Year Award, and the Heisman Trophy in 2007. He is now a national legend and a social media sensation, and he will always be an All-American to Gators fans.

Peyton Manning, unlike many of today’s college quarterbacks, completed all four years of his education. He may not have won the Heisman Trophy, but he made the best of his tenure at Tennessee. Manning had a breakout season in 1997, throwing for 3,819 yards, 36 touchdowns, and 11 interceptions while leading the Volunteers to an 11-2 record and a No. 7 AP poll finish. He won a ridiculous amount of individual college football hardware that year, including the Davey O’Brien Award, SEC Player of the Year, Johnny Unitas Golden Arm Award, and Maxwell Award, which came as no surprise. 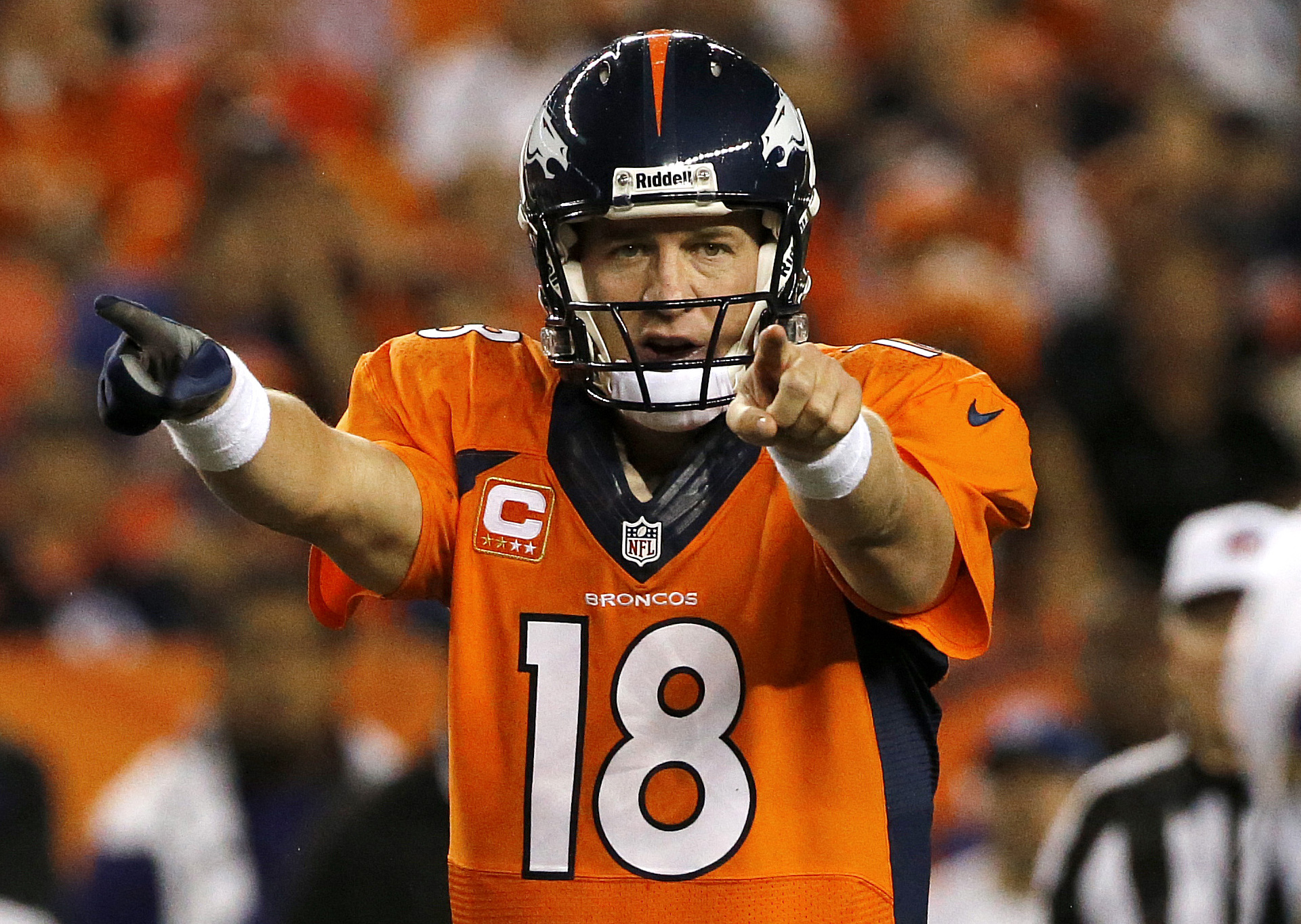 Vince Young of Texas, like Newton, only wanted one excellent college football season to seal his spot among the all-time greats. The Longhorns’ dual-threat quarterback completed 65.2 per cent of his passes in 2005, throwing for 3,036 yards, 26 touchdowns, and 10 interceptions while also rushing for 1,050 yards and 12 touchdowns. Though he didn’t win the Heisman that year, Young was on the receiving end of something much more significant: a national championship. For that reason, he will still be remembered as one of Texas’ favourite sons. 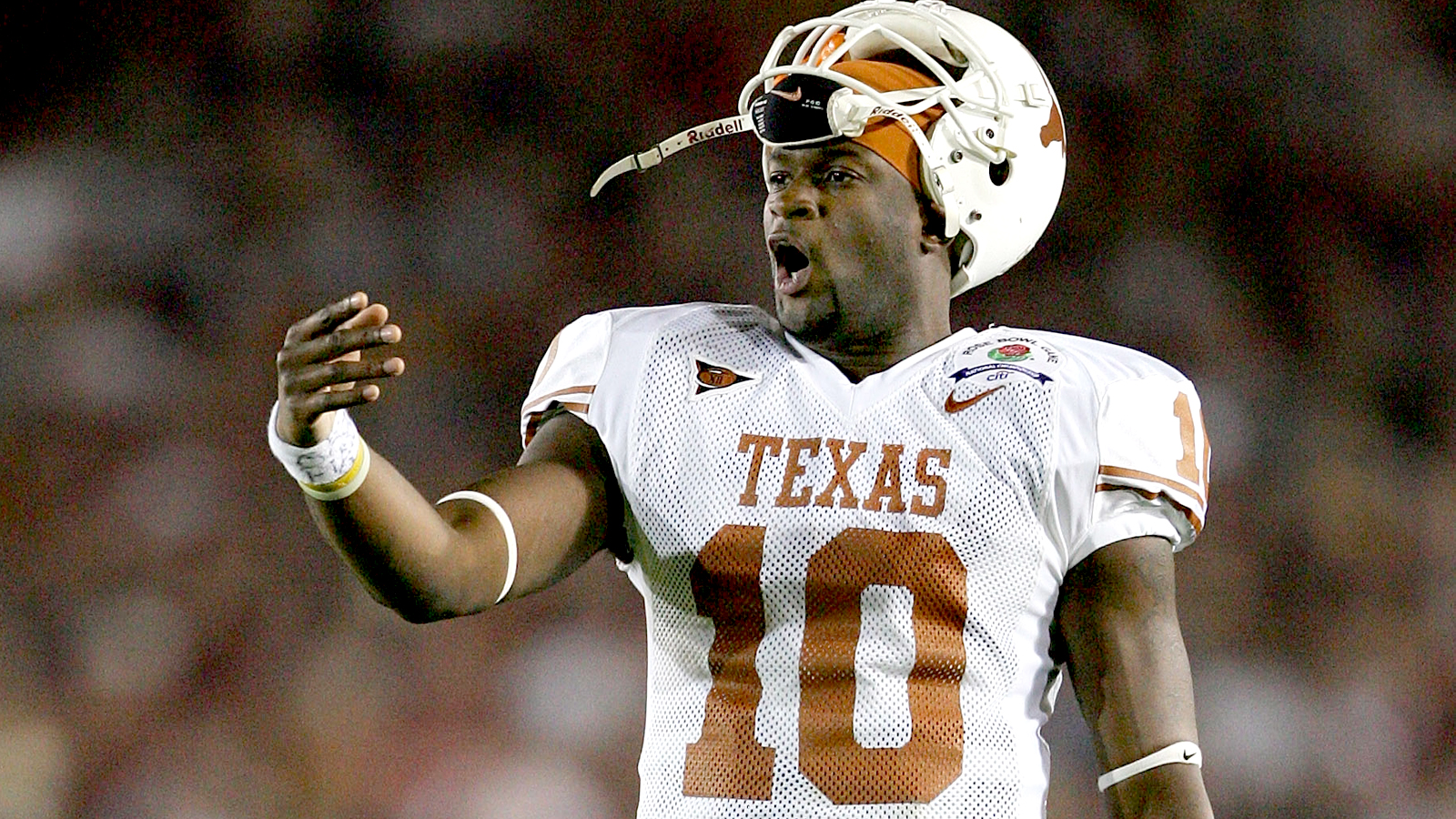 About the fact that Cam Newton was barely on the field during his tenure with the Florida Gators, his outstanding 2010 season at Auburn cemented his place among the greats. Newton led the Tigers to an unbeaten 14-0 record and a win over Oregon in the BCS Championship Game during that season, completing 66.1 per cent of his passes and scoring 52 total touchdowns. As a result, the Heisman Trophy winner won the Davey O’Brien Award, the Maxwell Award, the Walter Camp Player of the Year Award, the SEC Offensive Player of the Year Award, and is known to be one of the best QB’s. 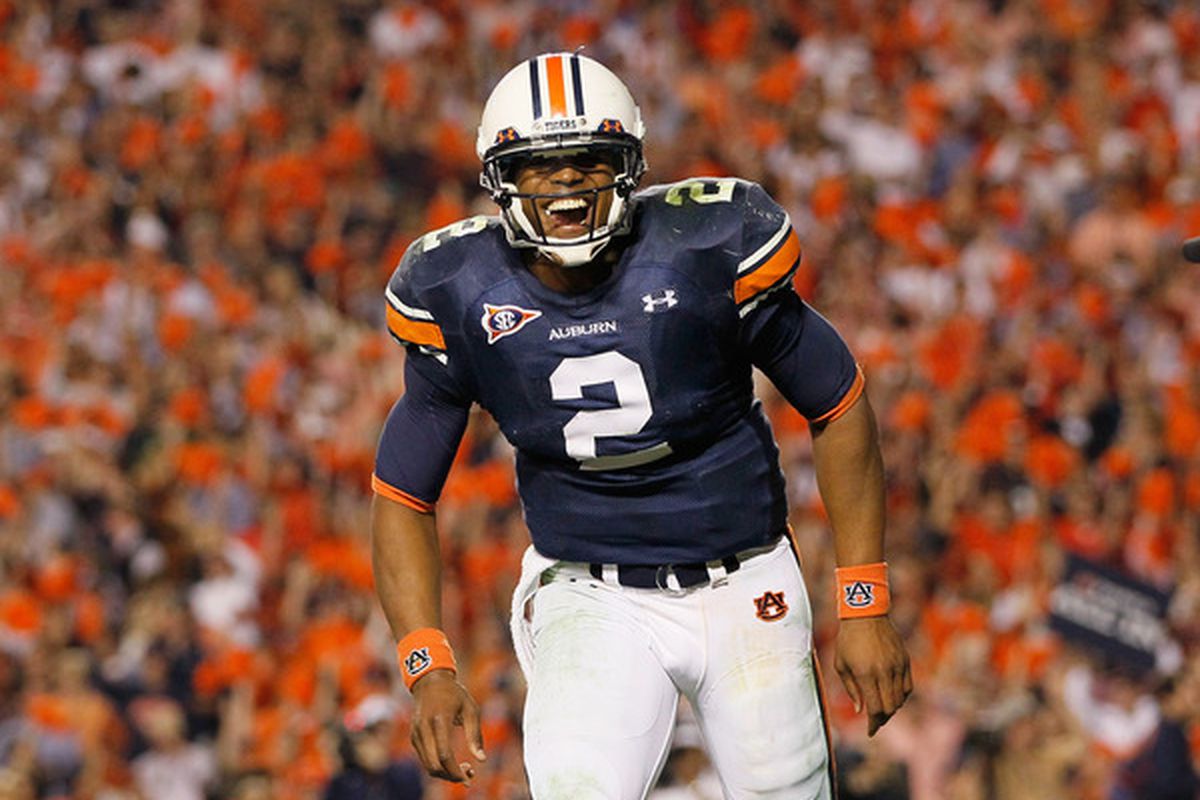 Doug Flutie, at 5-foot-10, wasn’t exactly a colossus on the college football field. All this, the Boston College superstar debuted as one of the most magical stars in college football history due to his endurance, grit, and competitive spirit. In 1984, Flutie had a career year in which he passed for 3,364 yards, 30 touchdowns, and 13 interceptions while also completing one of the most miraculous Hail Mary passes in football history and accumulating a trophy case that included everything from the Heisman Trophy to the Walter Camp Player of the Year Award. If there’s one lesson to take away from Flutie’s career, it’s that a champion’s heart can never be underestimated. 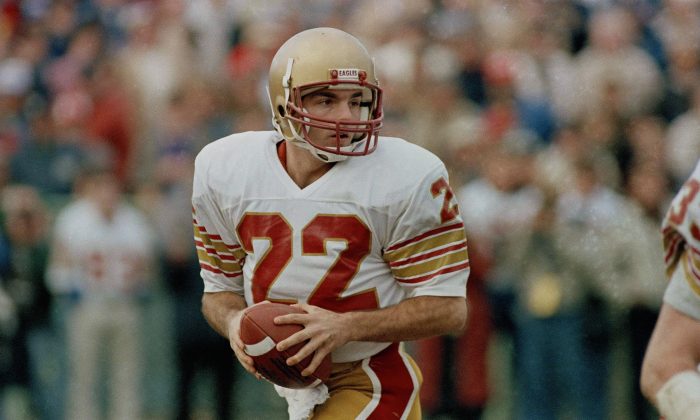 3,799 passing yards, 18 touchdowns, and 20 interceptions in his career, but don’t be fooled by the low numbers; Roger Staubach absolutely transformed college football at Navy. The future real estate mogul made 63.7 per cent of his passes during his three seasons with the Midshipmen, leading the team to a No. 2 finish in the AP poll in 1963. Staubach was honoured handsomely for his individual greatness at the conclusion of his college career, receiving All-American awards and collecting both the Heisman and the Maxwell Trophies.