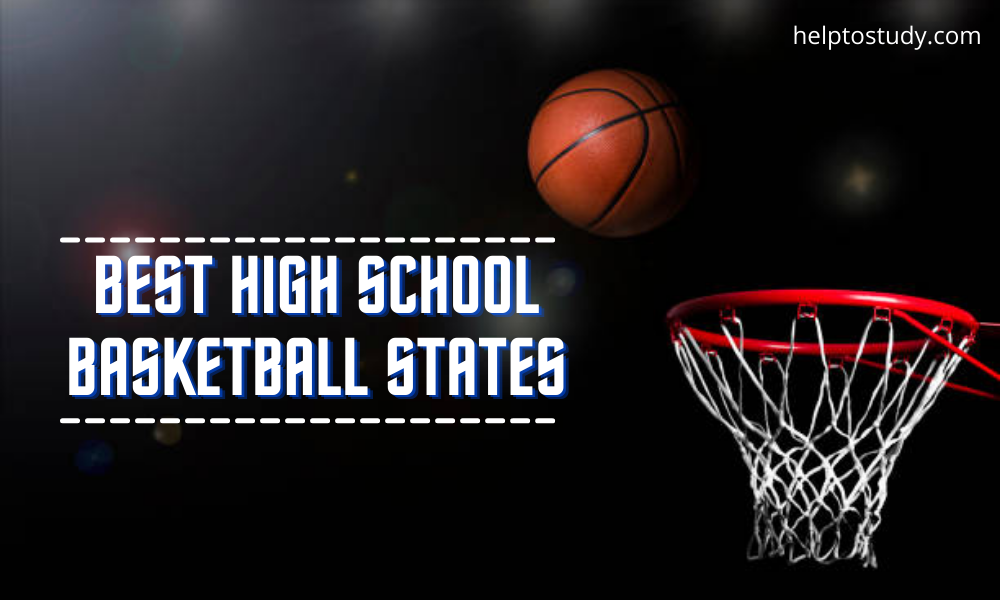 Basketball is and has been one of the most popular sports in America. The sport ended up being a part of the culture. And America also boasts the best and the biggest basketball league in the world; NBA. However, before going to the NBA, the journey for an athlete starts way back from his high school days. Parents who want their kids to excel in basketball look up schools & colleges with well-reputed basketball programs with sound foundations. A place where their child can maximize his potential. High school basketball has been known to bring people closer together in the form of a friendly rivalry over the years.  Football may be America’s most popular sport, but basketball is a close second.

There are a number of states that are known to produce good basketball prospects to enter into college level and then onto the NBA. Some schools have a tradition of winning state titles whereas some schools aim at sending their players to top colleges or directly to the NBA. So we have comprised this list keeping not college but high school level players in history and give you the best high school basketball states in the United States.

No state has sent more players to the college basketball level than Texas. Though the heart & soul of Texas has been football but lately basketball prospects have been making some noise and gathering attention from around the country. Texas has had 47 players rated in ESPN’s Top 100 from 2010 to 2014. The 2012 and 2013 classes both had three Texas-born players in the Top 10, and the 2014 class also currently has three Texans in the Top 10.

Some notable names that went onto play in the NBA are Emmanuel Mudiay, Justin Jackson and big man Myles Turner in recent years. Some other players before them produced by the state of Texas are Marcus Smart, Julius Randle & all-star LaMarcus Aldridge. 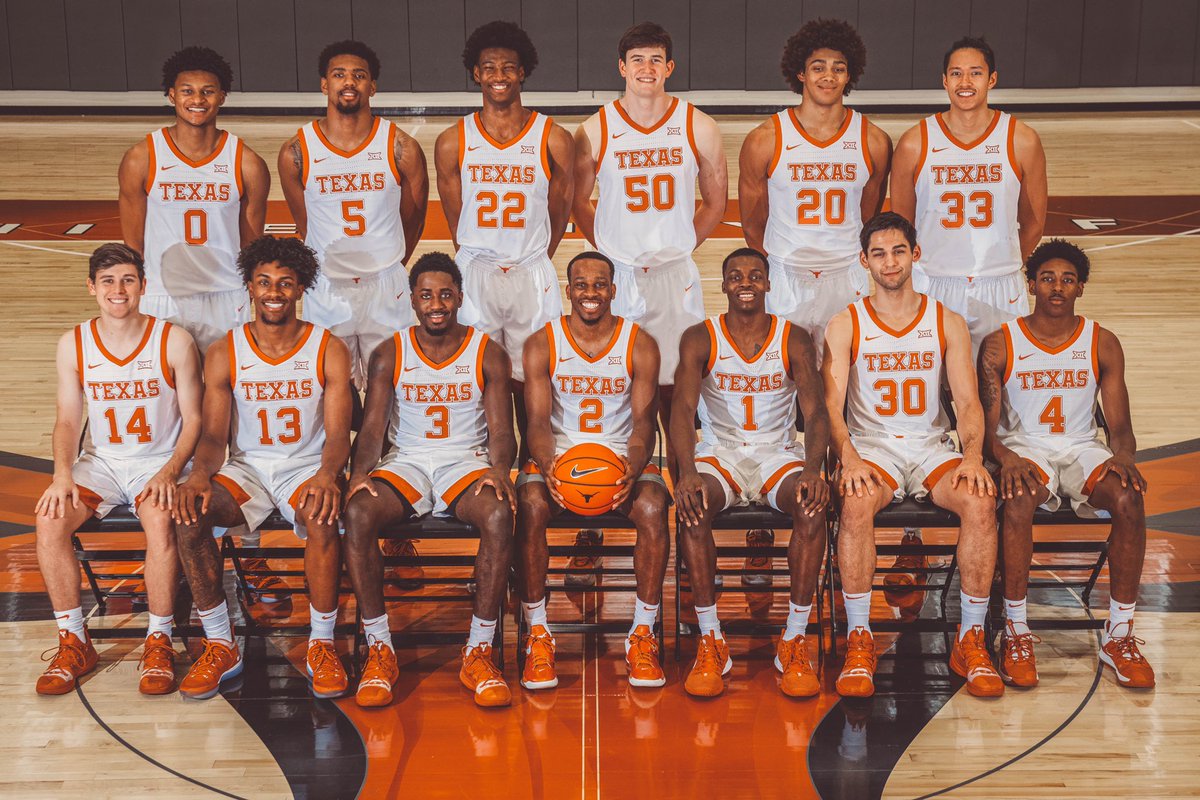 California has been producing a great number of players because of its size and the influence of basketball in the state. With the presence of two major NBA teams (Lakers & clippers), the go-to sport has been basketball. California is another state who has produced not just college-level players but players who went on play in the NBA and have had stellar careers. 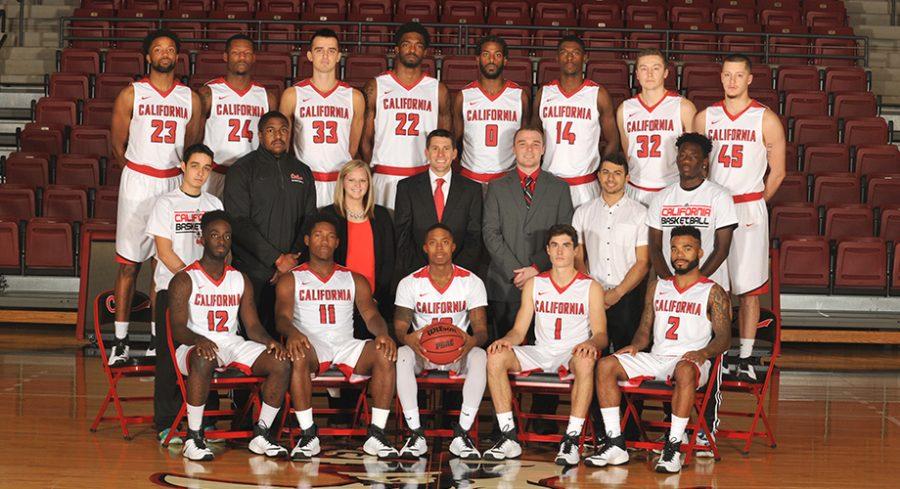 The state that Michael Jordan played for in his college days, North Carolina. North Carolina has always had an amazing basketball program at its high school level. North Carolina high schools have produced point guards & shooting guards in the past but many big men have recently been developed and have then went onto play well in college.

Players who went on play in the NBA from the state of North Carolina are Danny Green, Coby White, Cameron Johnson, Theo Pinson, Wayne Ellington, Reggie Bullock and Ed Davis to name a few. In the last four years, Illinois has produced the most top quality of basketball prospects in the US. Basketball is more than a culture in and around Chicago. Due to the high number of crime rate and unemployment in Illinois, basketball becomes more than a hobby for most. It becomes a means of escape for many who are looking to avoid a life in crime. The story of Derrick Rose, a Chicago native and No. 1 overall pick by the Chicago Bulls describes the condition of that state perfectly.

Some notable players who are currently playing in the NBA are JahlilOkafor, Jabari Parker, Derrick Rose and Anthony Davis. Davis recently won the NBA Championship with LeBron James and the Los Angeles Lakers this past season. 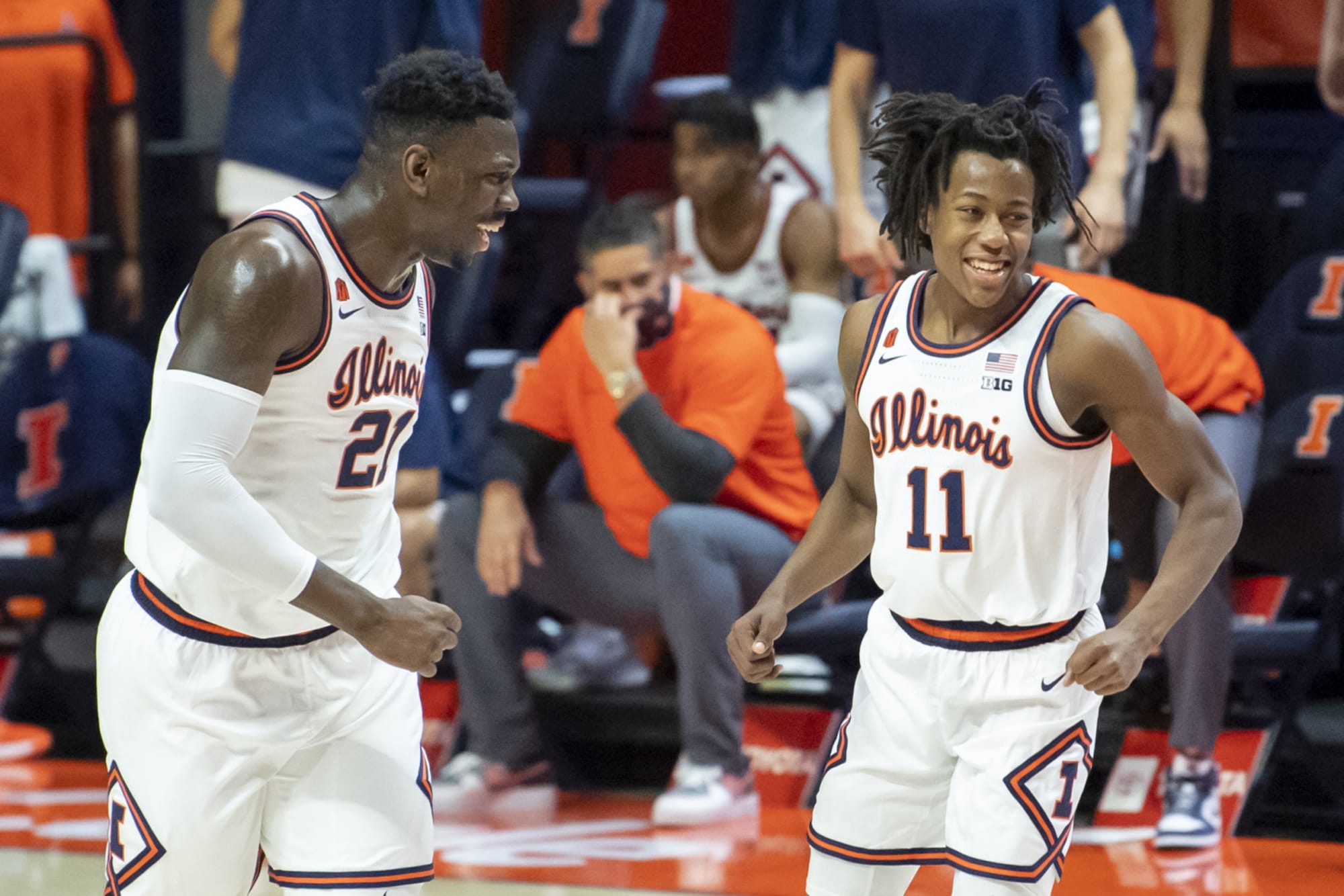 Indiana has produced a number of basketball prospects. Last season, Indiana was so stacked that you could’ve made an all-star team with freshmen from Indiana against the best and the Indiana team would’ve won.

Michigan State’s Gary Harris & Glenn Robinson III were two of the best players on the national runner-up. In recent years, Indiana has also produced some of the most talented siblings in college basketball that went on play in the NBA. The Zeller brothers and Plumlee’s were all raised in Indiana. Some of the notable players to come out of Indiana are Victor Oladipo, Tyler & Cody Zeller, Mason & Miles Plumlee to name a few.

Georgia has had a plethora of talent to show for in their state. Multiple high schools have a state of the art gym and arena to work on their game as well as many schools provide a scholarship through junior basketball programs. The state has produced 25 players ranked in ESPN’s Top 100 from 2010-2014.

Players who have come out of Georgia State and are currently in the NBA are Kentavious Caldwell-Pope, Nicholas Claxton and the latest No. 1 draft pick by the Minnesota Timberwolves, Anthony Edwards. Dominique Wilkins, the “Human Highlight Film” was also a product of Georgia State. 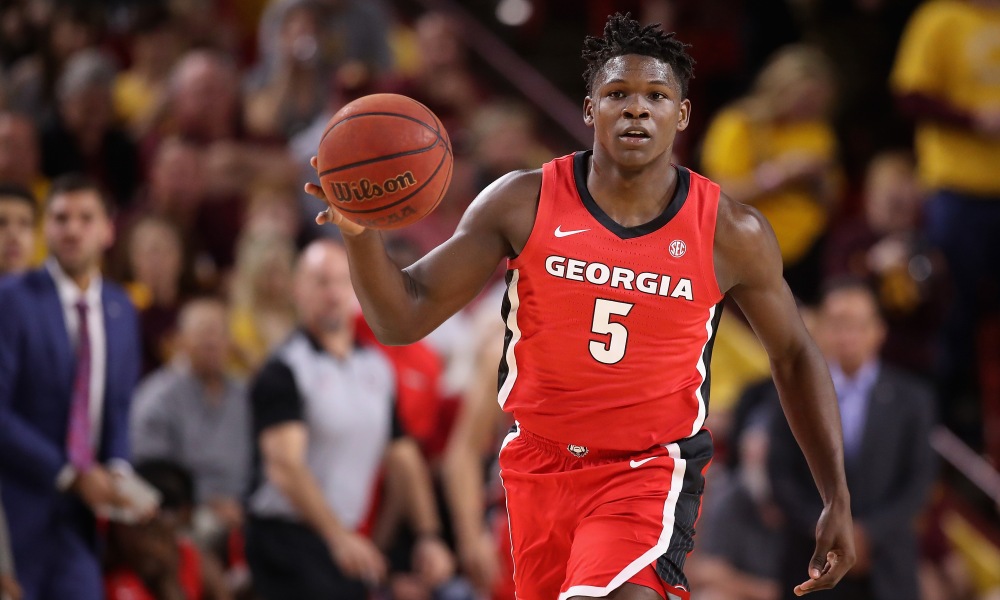 Florida is another state known for its excellent facilities and basketball programs around the state. Players are given enough attention at the high school level for them to go on and flourish at the college level. Florida is also known to be just a basketball state due to the influence the Miami Heat has had over the years.

Florida has created some of the most numbers of NBA players like Joakim Noah, David Lee, Chandler Parsons, Bradley Beal, Al Horford and Heat legend Udonis Haslem. The future NBA Hall of Famer Jason Williams aka “White Chocolate” is also a product of the state of Florida. 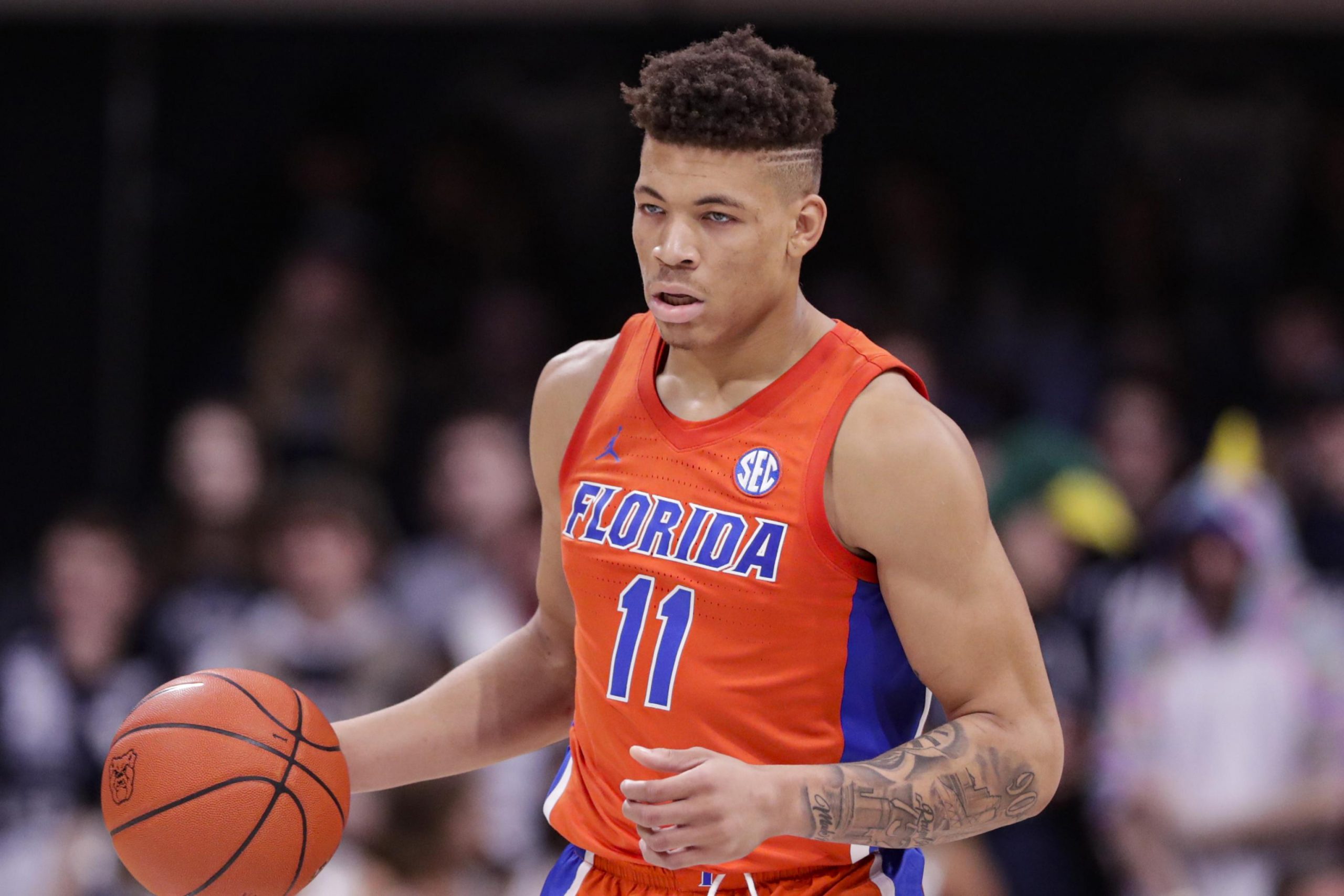 Bronx, New York, an area that was once known for producing flashy guards is now a good place to go look for a big man in recent years. Back in the day, street basketball was all the rage in New York but lately with good schools and basketball programs introduced into the state, New York ends up making our list.

The state is still an important part of the east coast teams but has not produced many stars in the last few years. The best players to come out of New York since 2010 is former Tennessee forward Tobias Harris who is currently playing for the Philadelphia 76ers. However here are the names of players that have come out of New York; Kareem Abdul Jabbar, Julius Erving, Bob Cousy, Bernard King and Chris Mullin to name a few. 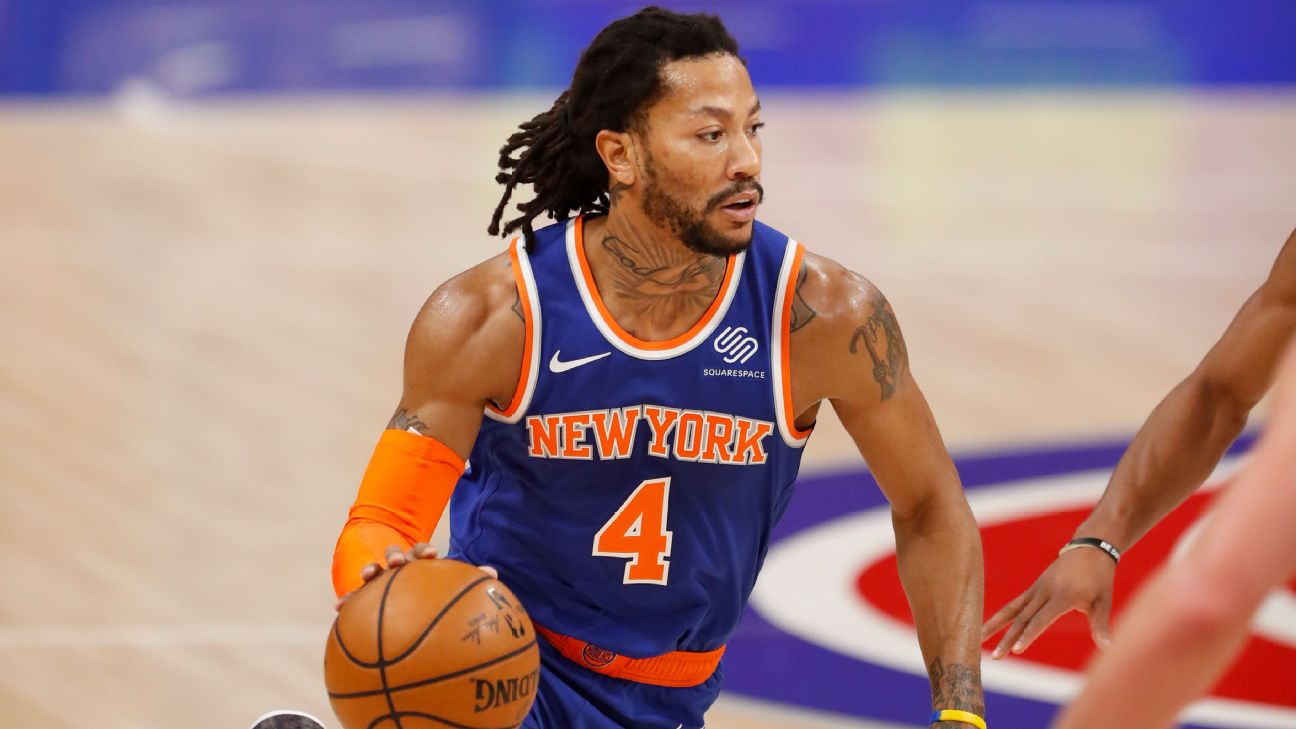 It would be foolish to leave Maryland off this list because the quantity and quality of players that come out of Maryland is pretty impressive. With a special focus on the youth development program that Maryland has, the talent that the state possesses deserves some recognition.

Players that have come out of Maryland are Buck Williams, Steve Francis, John Lucas, Brad Davis and Joe Smith. These are all legends who’ve played in the NBA. Though Maryland hasn’t produced an NBA level type player in recent years, they have enough state championships to be on this list. 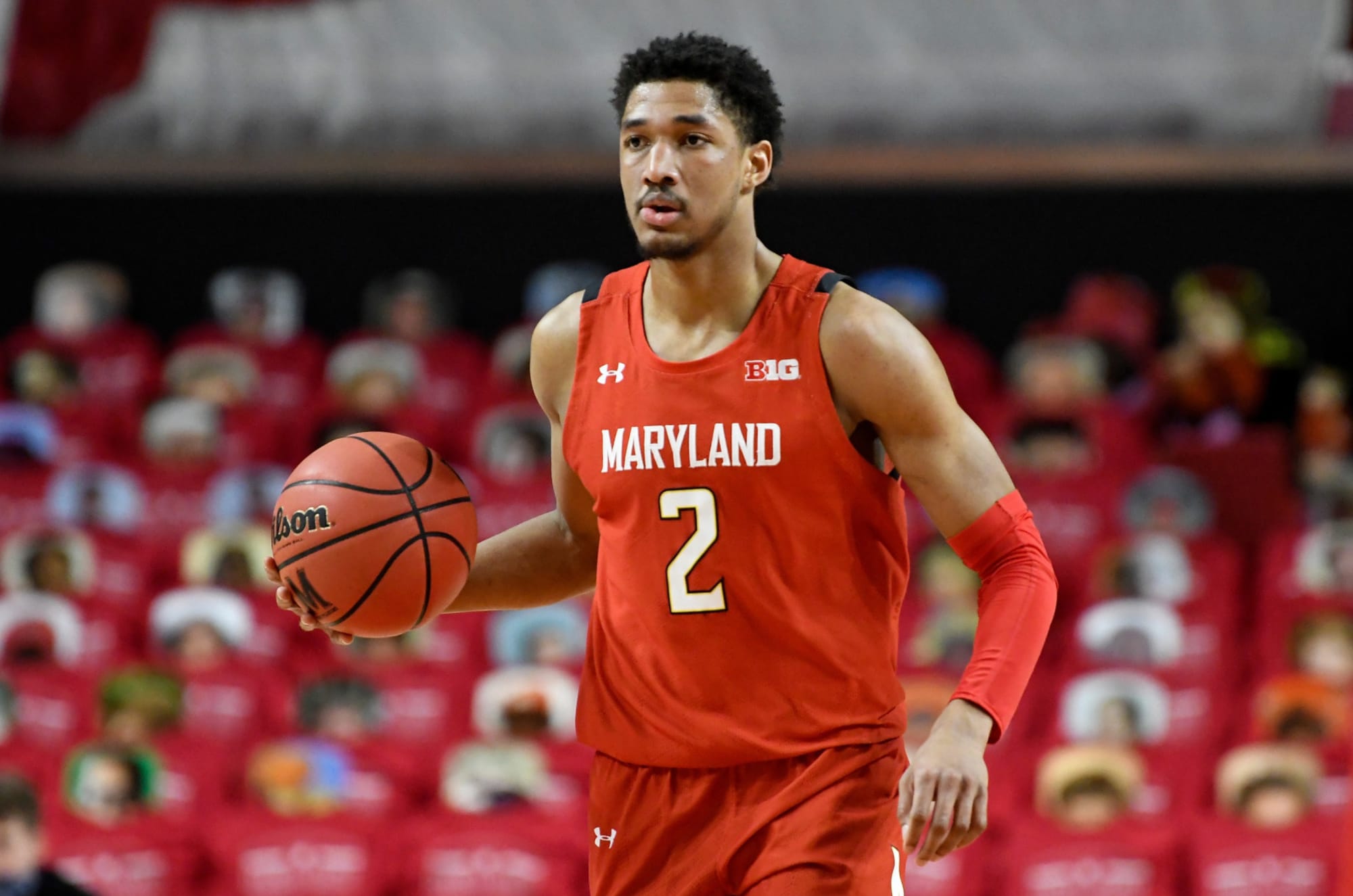 The last state on this list is Tennessee. Sharing the same fate as Maryland, they too have not been able to produce a star player out of the state in recent years. But the number of championships and high school level players they’ve produced over the years to form a dynasty is why Tennessee makes our list of top high school basketball states. Some notable names of high school prospects that went onto play in the NBA are Grant Williams, Allan Houston, C.J. Watson, Kyle Alexander and Vincent Yarborough.