For a sports lover, there could not be a finer opportunity than watching a college basketball game at a campus arena. The environment has the potential to be electric, regardless of the team, particularly if the matchup is correct. There is a variety of gyms, parks, arenas, or domes that stand out in the college game. There is passion in college basketball that is unmatched by any other league. No matter where the game is, in today’s game, home-court advantage is very popular and can lead more frequently than most sports to upset wins and crazy finishes.

Throughout college basketball games, as rowdy student sections yell, sway, and serenade, they help create a home experience exclusive to their building. The program is synonymous with its home arena advantage in many of America’s best basketball colleges. While the court itself does not have a significant influence on the enthusiasm of the crowd, it does provide the team playing in it with a sense of tradition and pride. Maybe it is in the court itself or the banners hanging in the rafters, a court will represent a program. There are a number of excellent stadiums for college basketball, but here are some of the better ones in use today.

It’s a bucket list item for an impartial college basketball fan, also to see it empty. It’s another excuse to loathe the Blue Devils, for non-Duke fans. The intimate 9,300-seat venue provides the greatest home-court advantage in the country, from the “Cameron Crazies” on top of the action to the “Krzyzewskiville” commune outside. It also allows the Blue Devils every season to be among the best in the country. 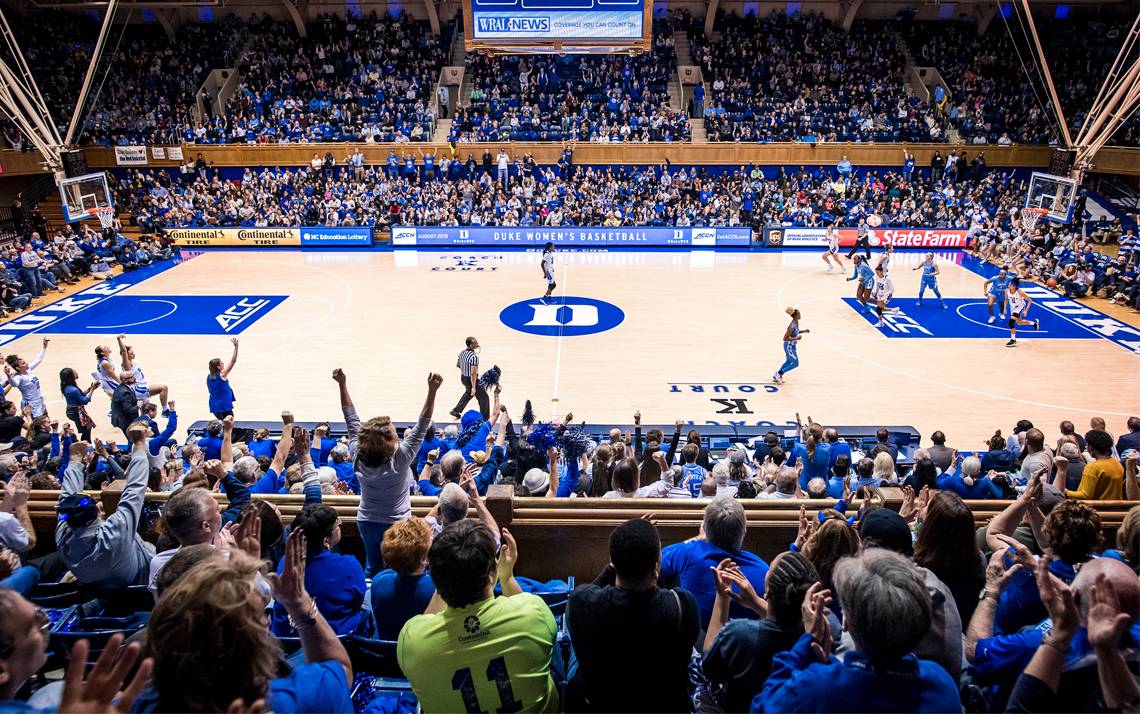 For any college hoops fanatic, “The Phog” exudes basketball tradition upon arrival and remains a must-see. It’s big, but not mammoth, and when 16,300 are crammed into the Jayhawks to root in, it may feel like a cigar box to opponents. During afternoon play, the feeling is much more unique as the sunbeams through the glass amid the masses of fans. 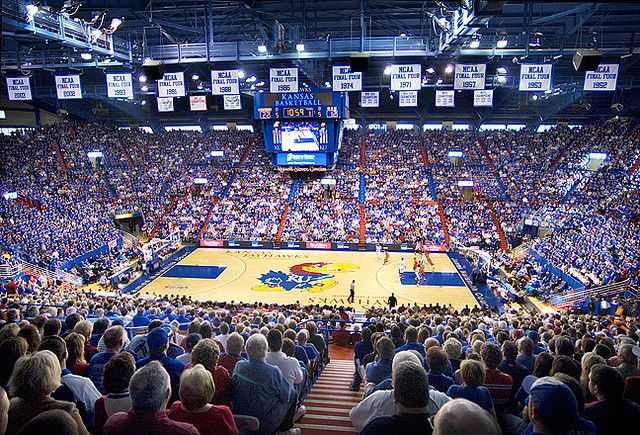 The Wildcats’ home, named after legendary Kentucky coach Adolph Rupp, is one of the most famous arenas in all sports. It’s the biggest off-campus home for a Division I team in the nation, with a seating capacity of 23,500. Rupp has hosted many NCAA Tournament games, most notably 1985 Final Four, when Villanova shocked Georgetown for the national title, in addition to providing Kentucky with a distinct home-court advantage. 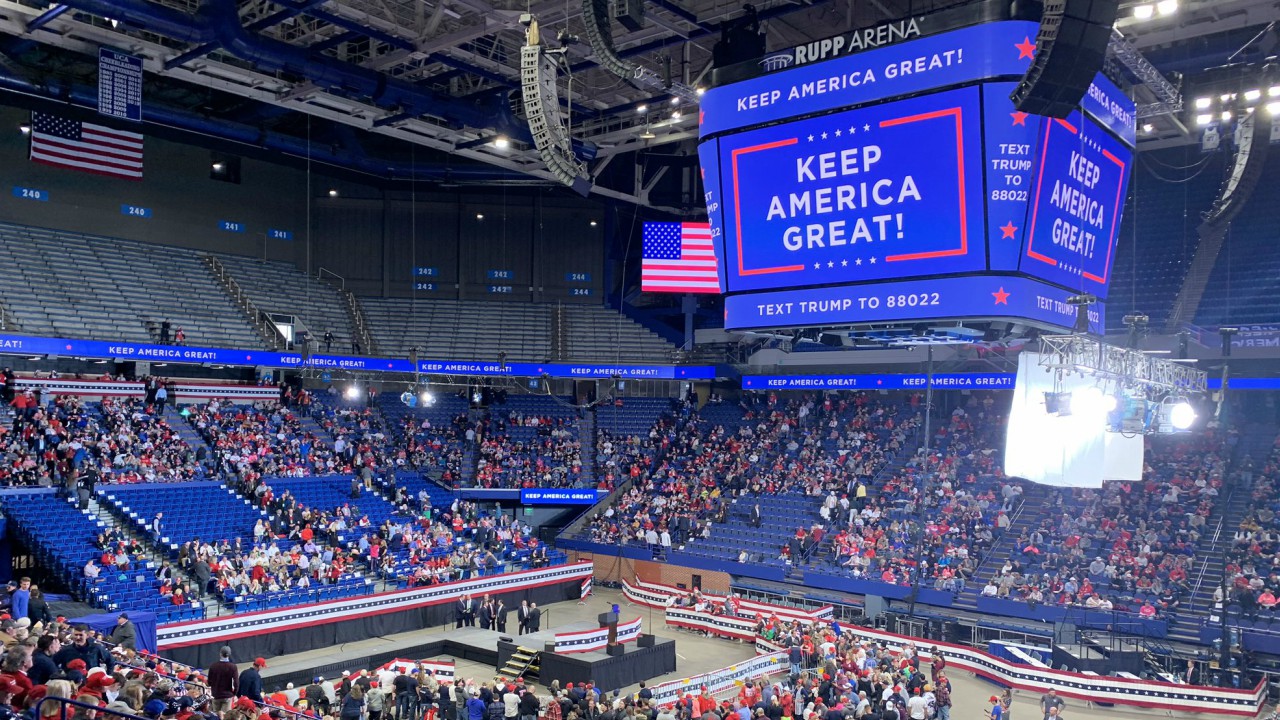 Other than Butler’s iconic fieldhouse, nothing epitomizes the state of Indiana’s passion for basketball. Come on, there was “Hoosiers” filmed here. How much better are they getting? It opened in 1928, but thanks to renovations and impeccable maintenance, it does not reflect its age. It’s big, but it doesn’t lose its spaciousness, especially when crowded. 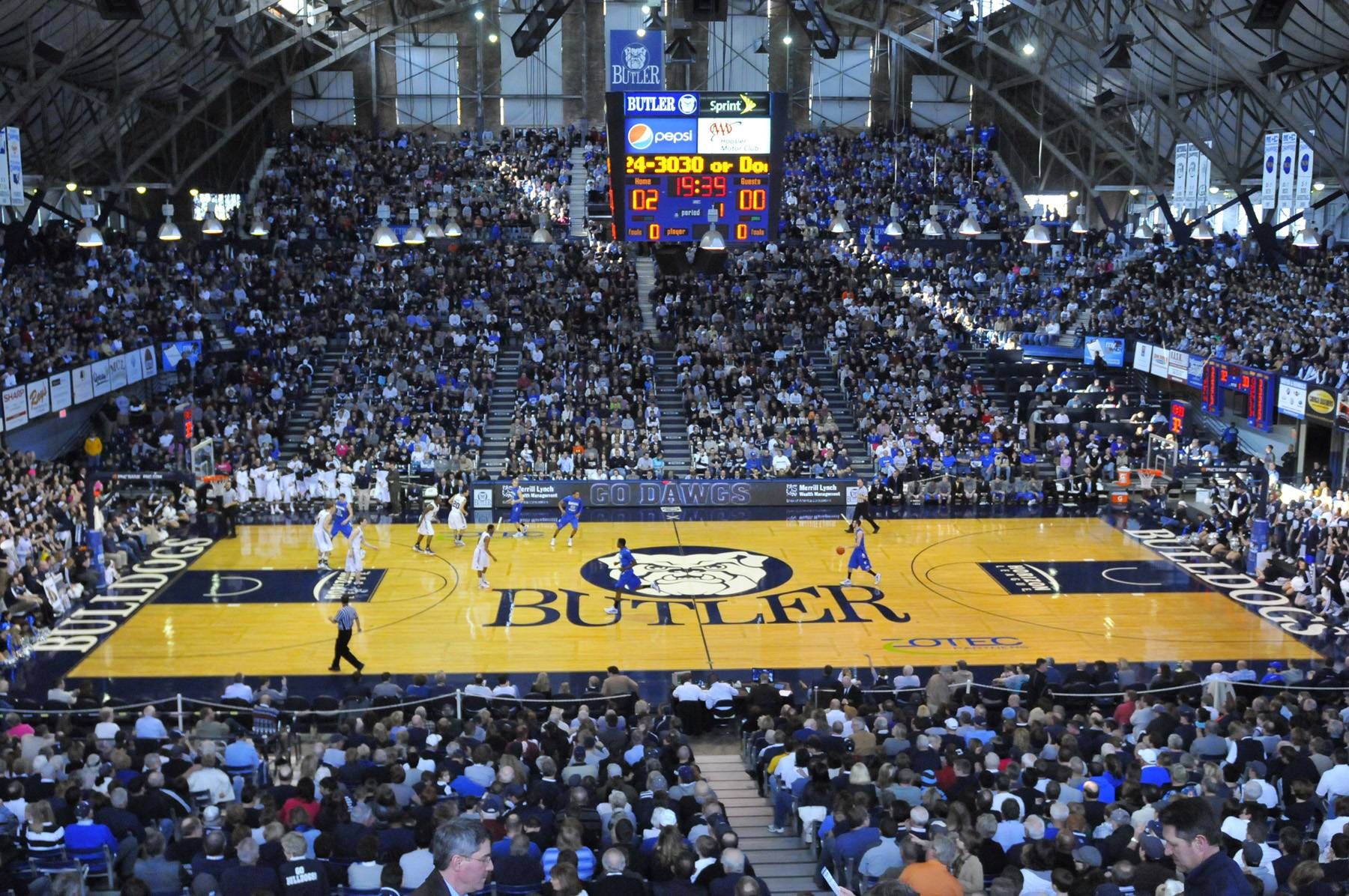 In the history of college sports, the University of Pennsylvania considers the grand room the “most storied gymnasium in the history of collegiate athletics.” This is not far-right, as the institution still boasts that no other venue has hosted more games or opponents than the palestra. The “Cathedral,” which seats nearly 8,700, opened in 1927, and it has not lost its magic even after recent renovations, thus being the trendsetter for other great college basketball arenas that followed.

Consistently ranked among the best college basketball arenas in the nation in terms of attendance and overall acclaim, “The Pit,” as it’s more affectionately known, has housed the Lobos since 1966.”The Pit,” Fans sit practically in a pit in the ground, making even the farthest-away seats seem relatively close to the court. Who can forget Jim Valvano scrambling around the floor of “The Pit” searching for someone to hug in the 1983 national championship game after Houston’s stunning upset by North Carolina State. 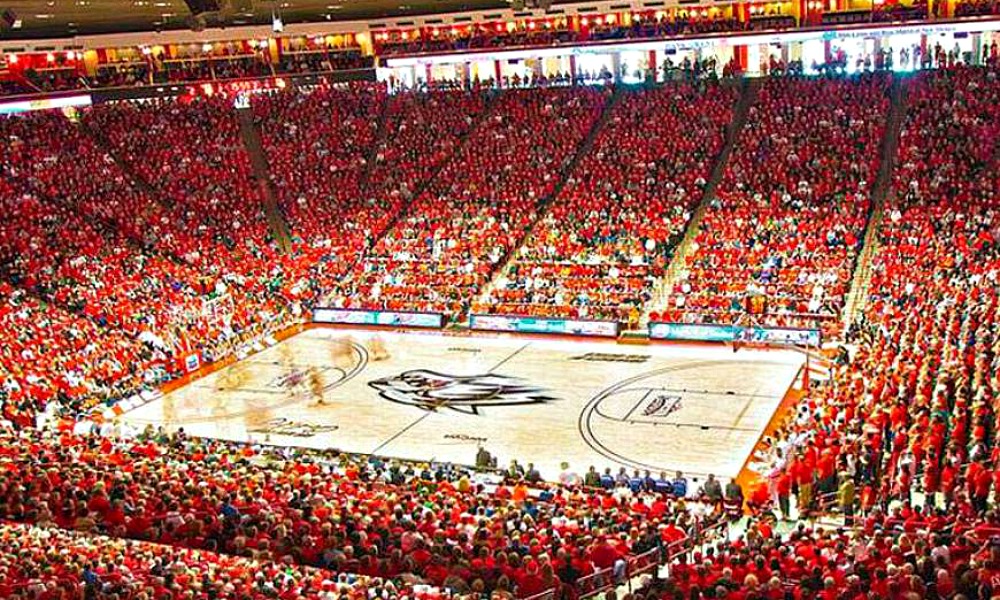 When it comes to noise, few venues will equal the specially built Assembly Hall. When the Hoosiers are at their game, the place can be downright deafening. Although seats stretch up the sides where balconies still exist, small parts of bleachers jet away from both baselines, which does not appeal to fans with height problems. It also remains one of the rare gyms for college basketball. 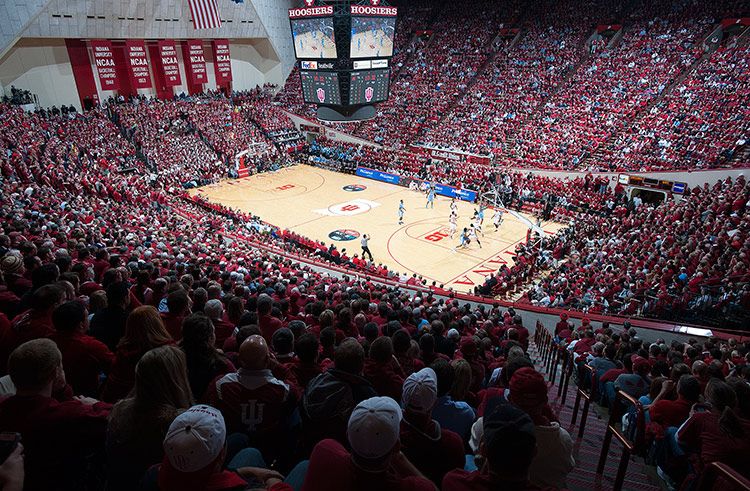 As Gonzaga played last season in North Carolina, members of the athletic department of the school took the trek to see up close one of the great facilities of college basketball. It does not have its rival’s historical significance or intimacy down Tobacco Lane, but in terms of noise or threatening the player, the “Dean Dome” may hang with any other in the game. 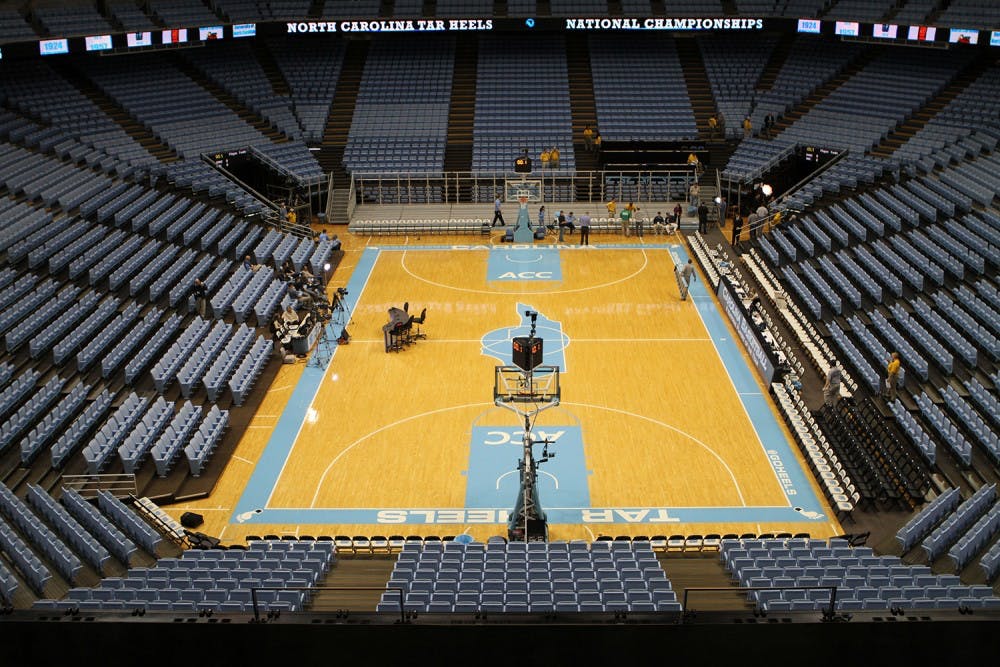 At the country’s biggest domed campus stadium, more than 35,000 spectators attended a single Syracuse basketball game. The arena can look cavernous with vacant spots when the Orange are losing, but it really is the “Loud House” when Jim Boeheim’s program is playing well. For college basketball lovers, the likes of Dwayne “Pearl” Washington and Carmelo Anthony have starred here, making it a rare experience. 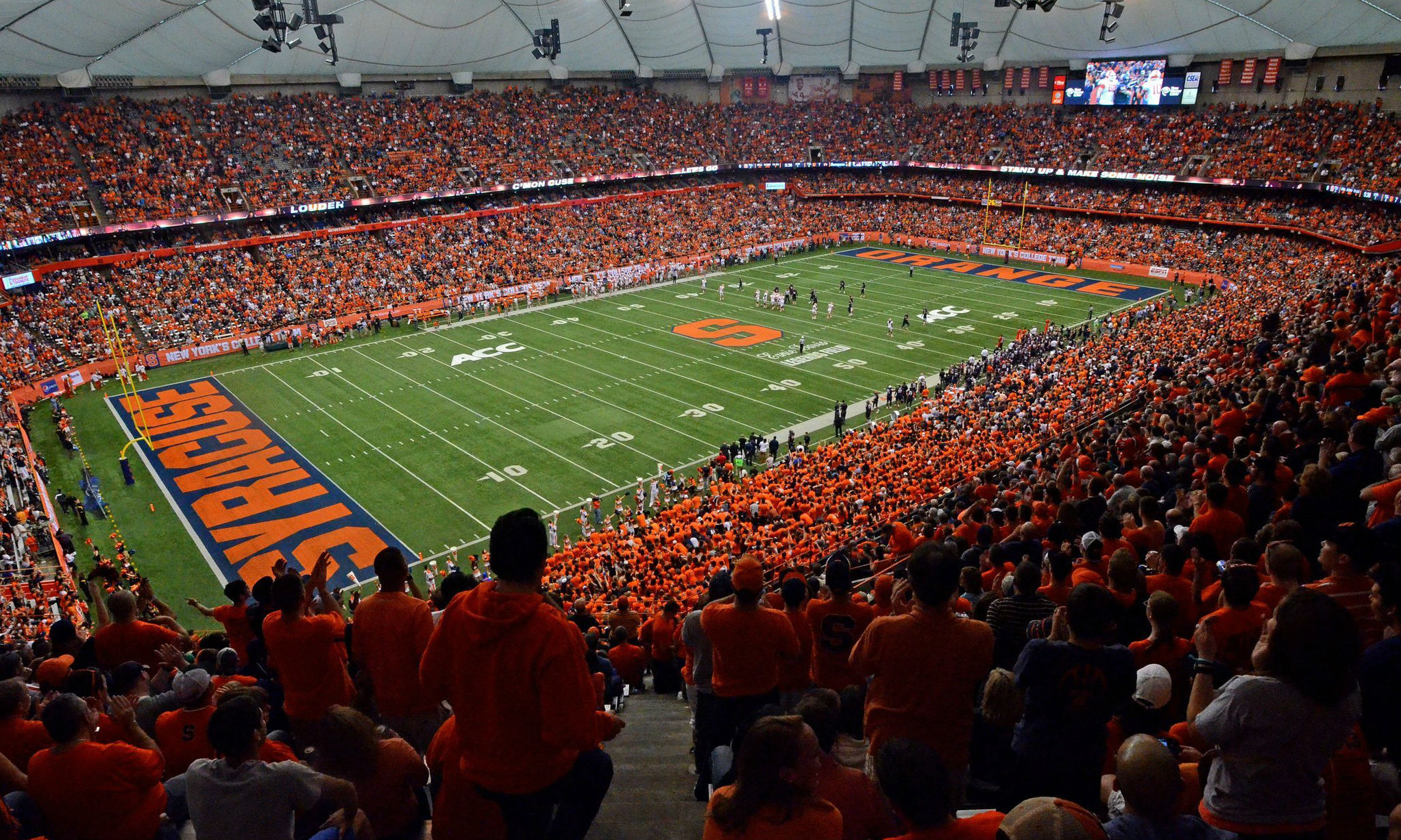 “The Barn” opened in 1928 and still upholds the long heritage of Golden Gophers basketball thanks to many renovations and improvements over the years. Williams remains one of the nation’s most distinctive arenas, particularly for the player seats below the elevated court, which means it takes some effort to check into the game and run the iconic floor of Minneapolis. 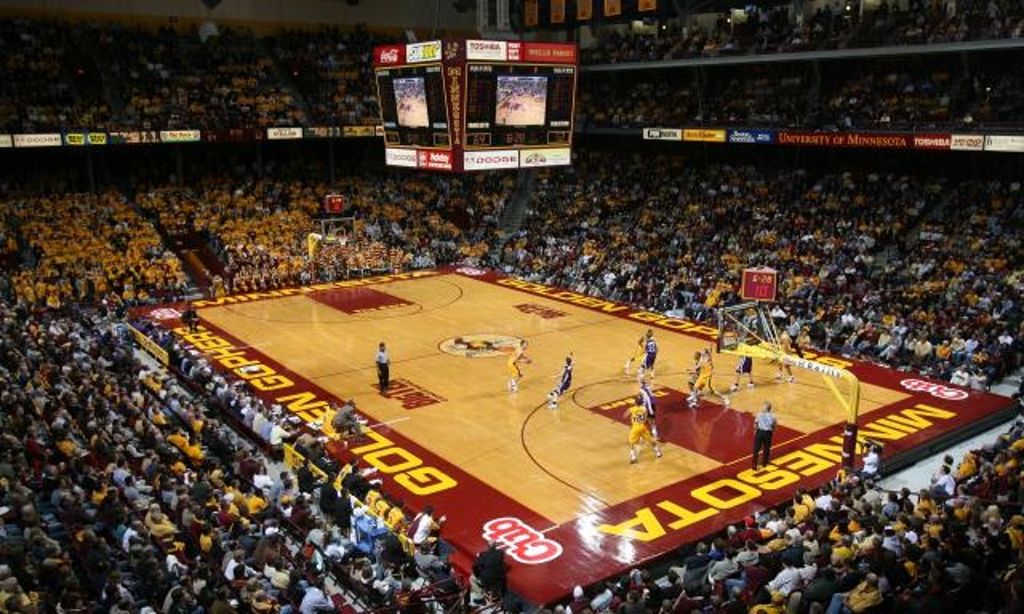 In all of college basketball, it’s probably the most special gymnasium. The house of the Commodores is something to behold, from the team benches on the baseline to the widened courtroom. It can be more imposing than it seems, particularly when packed to capacity, as the sound is well concealed due to the design of the facility, as visiting teams would accept. 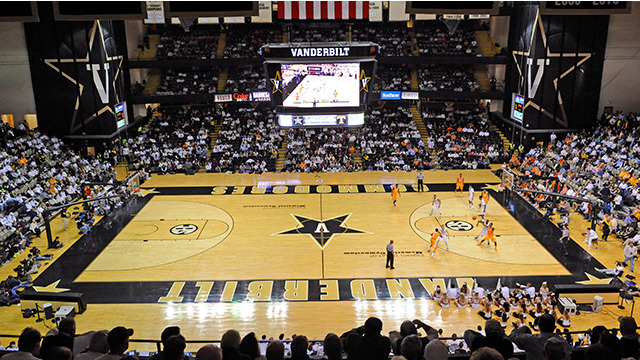 The new “Kennel” of Gonzaga opened in 2004. Since then, at their 6,000-seat home, the Zags have lost just 18 matches (entering the week). As if Gonzaga no longer wanted an edge, the close proximity of the student section to the court and the general comfortable environment of the building continue to make playing there a formidable obstacle for the competition. 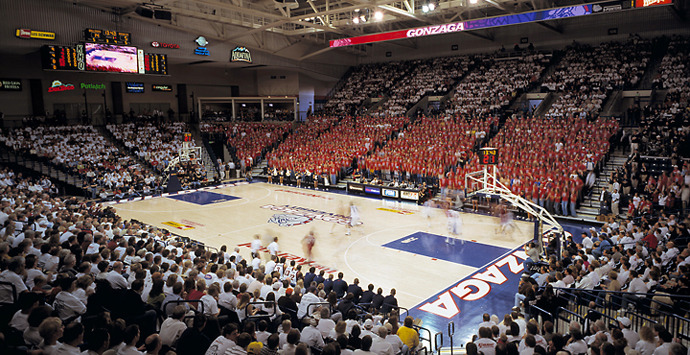 One of the most involved and ingenious student sections of the game is the “Izzone” Confined inside the Spartans’ multipurpose home, the group dresses up, carries props, and uses mini-megaphones that give the children perfect souvenirs. Breslin has also hosted some of the best musical shows in the country, including Aerosmith, KISS, Pearl Jam, and The Beach Boys. 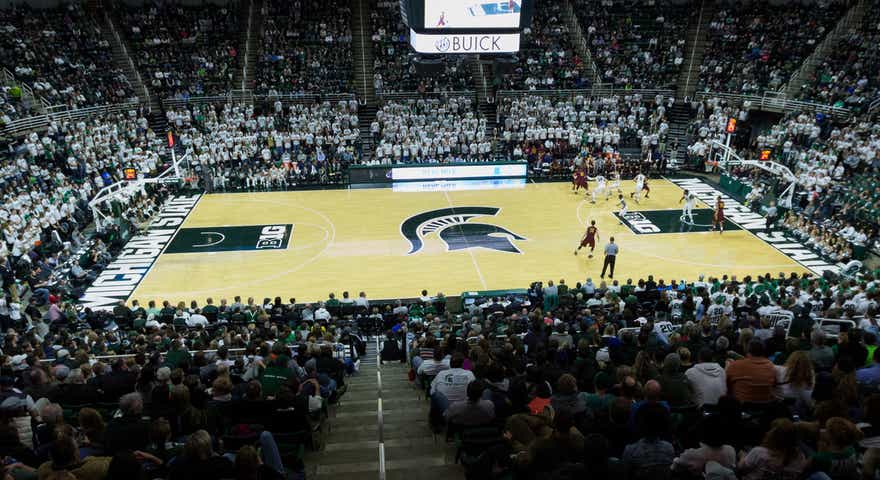