We know how college basketball has left you hanging since it abruptly stopped last season, of course, due to the pandemic. Well, worry not. That won’t stop us from bringing to you the best college basketball player rankings that you must have been waiting for. We have compiled a list of the “Best College Basketball Players” in the nation as of today. These players deserve every bit of compliment for they have outdone themselves in each game they appear.

Here is a list for you to go through. See for yourself if your favourite player is on this list.

Garza would leave college basketball as the most unmovable power, anchoring Iowa with his post play and a great combination of physicality and finesse around the basket. Garza returned to school with an improved jumper (43 per cent from three) and turned in a second dominant season, mixing productivity and reliability in a fashion seldom seen, after winning a slew of major awards as a sophomore. The Hawkeyes hooked up with him and didn’t look back. Since Garza is so powerful, their prolific offence usually compensates for their collective defensive shortcomings on most nights. On a nightly basis, he is the most dominant player in the sport. 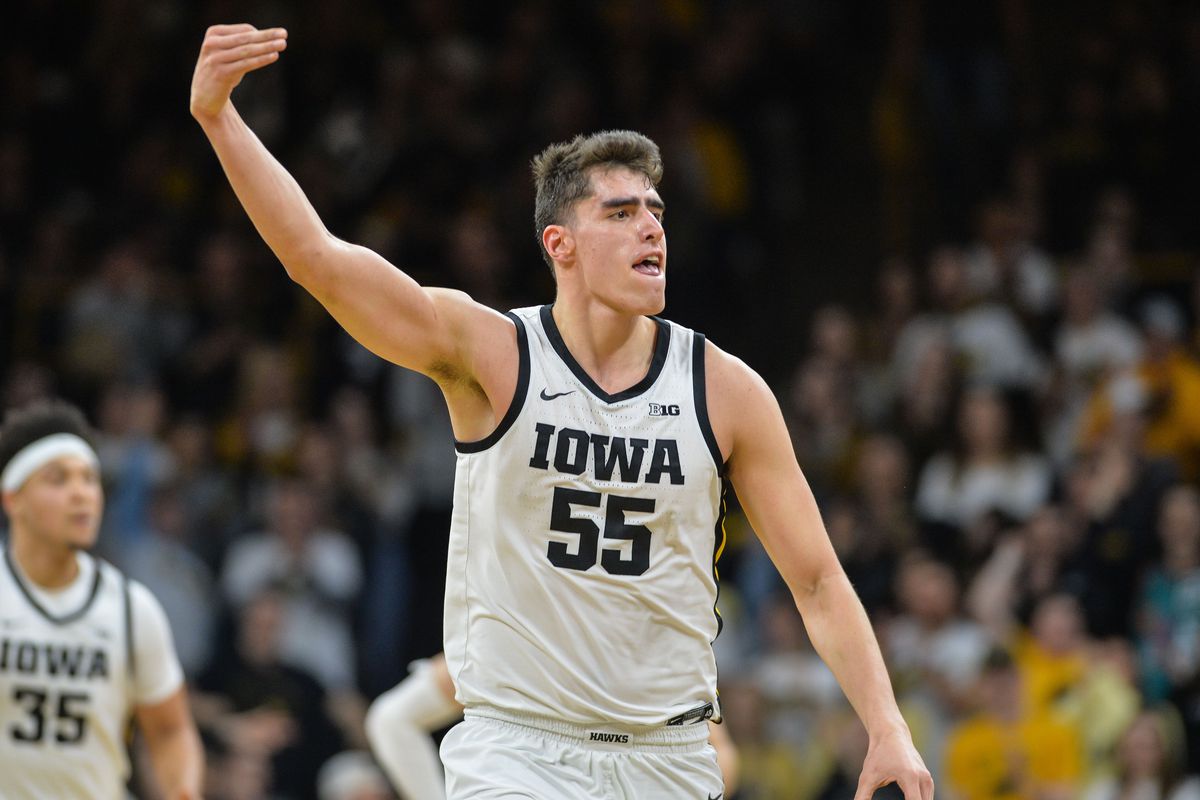 Baylor’s unprecedented performance has become a squad effort, but Butler, who’s still the team’s leader, has improved his shot figures on twos (54.9 per cent) and threes (44.4 per cent), as well as his assist and steal numbers. He’s the Bears’ most inventive player, their go-to guy when buckets are in short supply, and one of the most dependable players in the league. Butler’s presence on both ends of the floor is unrivalled, and Baylor will not be in contention for the national title without him. He’s arguably the greatest true point guard in college basketball.

Cunningham has lived up to his reputation as the best freshman in the nation, which he earned early in the season. The evidence is in Oklahoma State’s unexpected team performance more than in his numbers (19.7 PPG, 6.3 RPG, 3.5 APG), which are nothing to sneeze at (aside from a few too many turnovers). Cunningham’s unflinching calm, supreme maturity, and sense of the game’s rhythm are what distinguish him. His skill set is full, and he isn’t someone you want to see at the end of a close game. Cunningham’s imagination and consistency set him apart, and without him, the Cowboys would be nowhere near the tournament frame, let alone a favourable seed. 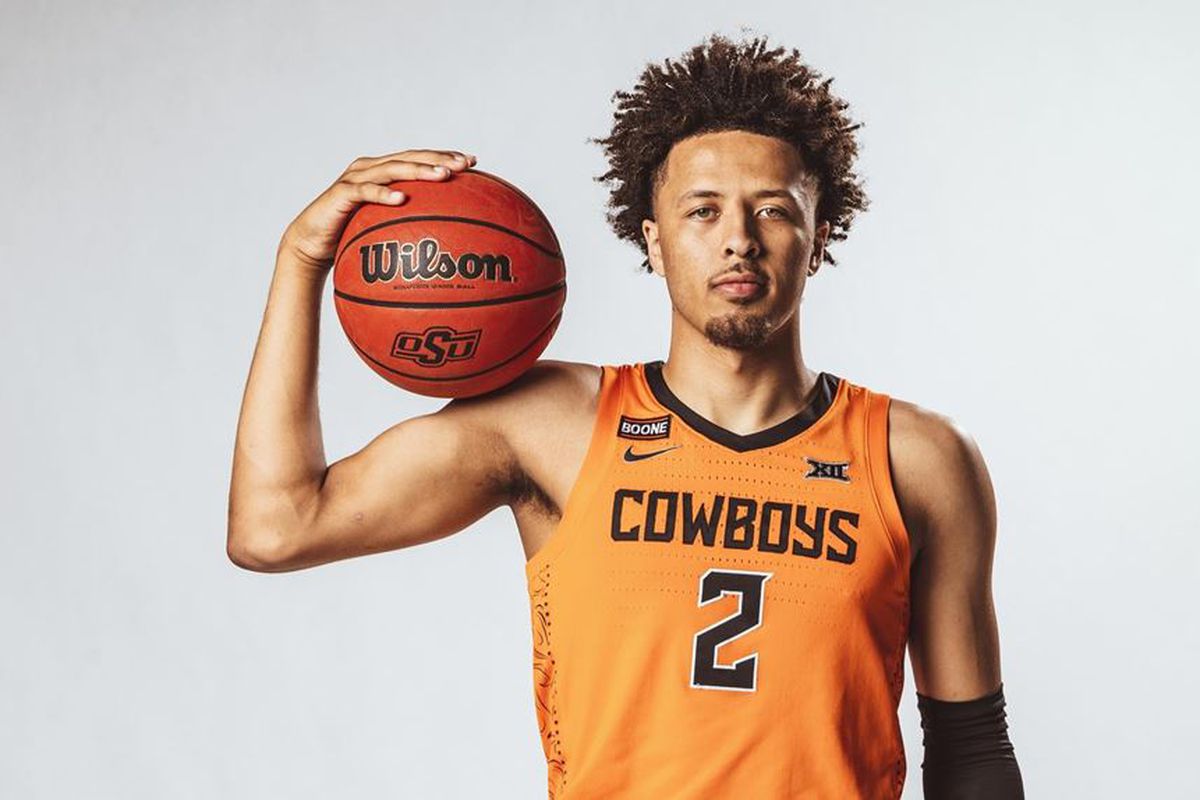 Dosunmu returned to Champaign to complete what he began at Illinois, and he’ll guide the Illini to their first NCAA tournament appearance since 2013, as well as a No. 1 seed. Owing to an improving outside shot and a well-deserved status as college basketball’s most clutch player, the 6′ 5″ guard has transformed himself into a National Player of the Year contender. Dosunmu still manages to come around when Illinois needs a bowl, and even a late-season broken nose couldn’t hold him down for long. He’s taken advantage of a stronger supporting cast to put together his best season yet. 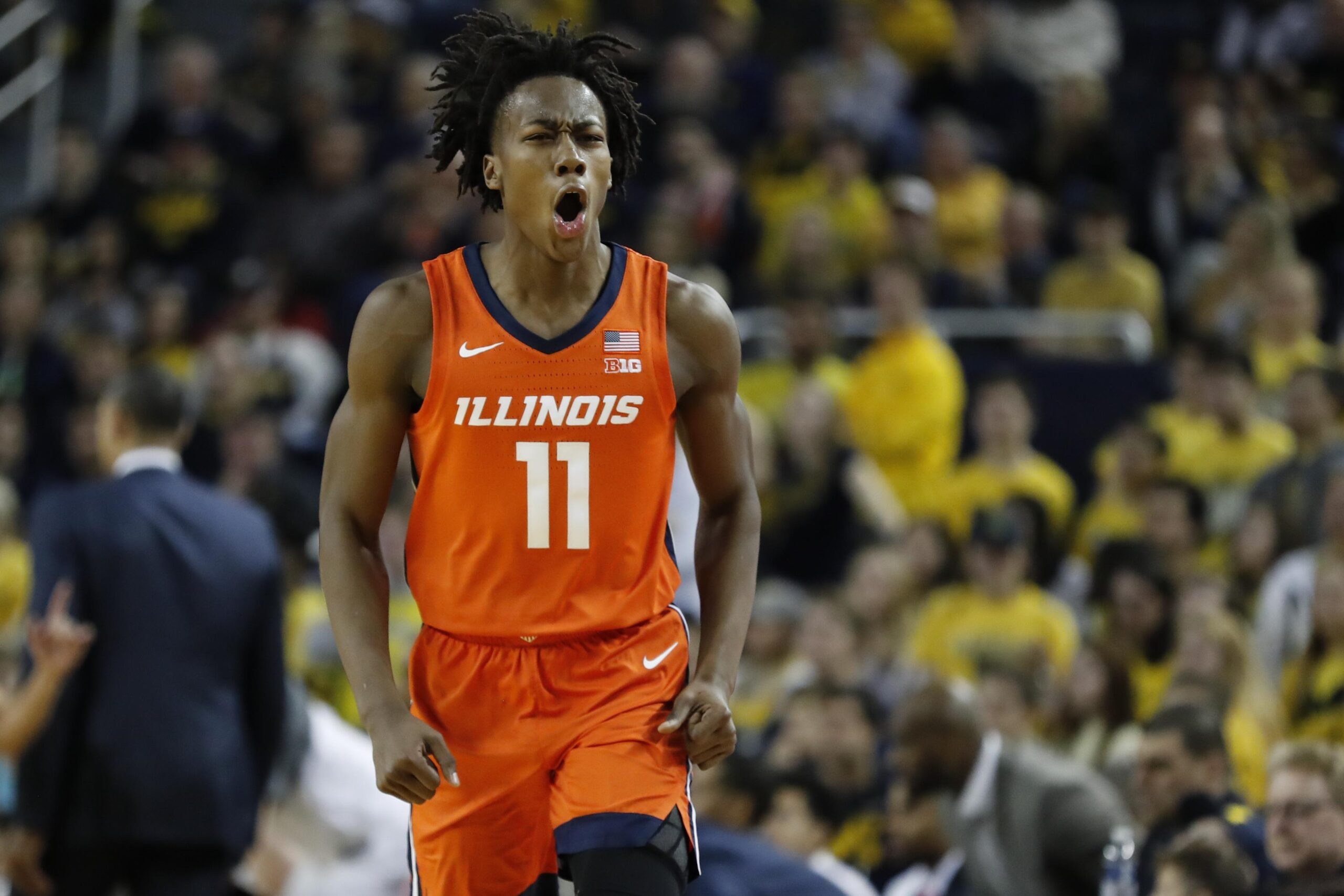 Kispert is a classic modern college basketball success story: a four-year starter who improved each season as he took on more and more responsibilities, finally blossoming into a true star as a senior. Kispert is one of the most productive players in the nation, a sniper from deep who has been equally deadly inside the arc this year. Don’t be shocked if the senior is the one the Zags turn to when the game is on the line on a juggernaut Gonzaga team loaded with capable weapons.

With his special skill set, Mobley has become the nation’s premier defensive anchor and one of the most valuable players overall, holding a USC team that returned just two rotation players atop the Pac-12. As a shot blocker, Mobley’s length and timing allow him to brush away large swaths of the floor simply by being there. With his inside-out style and solid passing skills, he’s also been a good offensive focal point for the Trojans. As a true rookie, Mobley has had a huge influence on the team’s overall success. 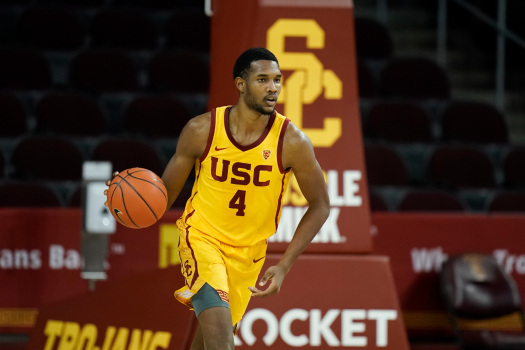 Timme looked poised for a breakthrough as the heir apparent in a long line of outstanding Gonzaga big men at the start of the season, and he’s more than lived up to that expectation as a sophomore. He’s been punishing defenders all season with his superb footwork in the paint, light touch, and ability to pace the court, scoring 18.9 points and 7.1 rebounds while making a ridiculous 67.6% on two-point shots. Have you seen his celebration of his mustache?

Gonzaga’s three stars are difficult to discern from one another because they all contribute in different ways, but it’s Suggs’ relentless guard play that makes the Zags such a deadly transition team. His physical gifts and aggressive drives to the paint make him a difficult matchup for opponents and a near-impossible cover in open space, where his playmaking abilities shine brightest. On defence, Suggs’s willingness to take on difficult challenges has set the tone for his whole team. He’s been as dependable as any freshman star and a consistent engine for the nation’s best team. 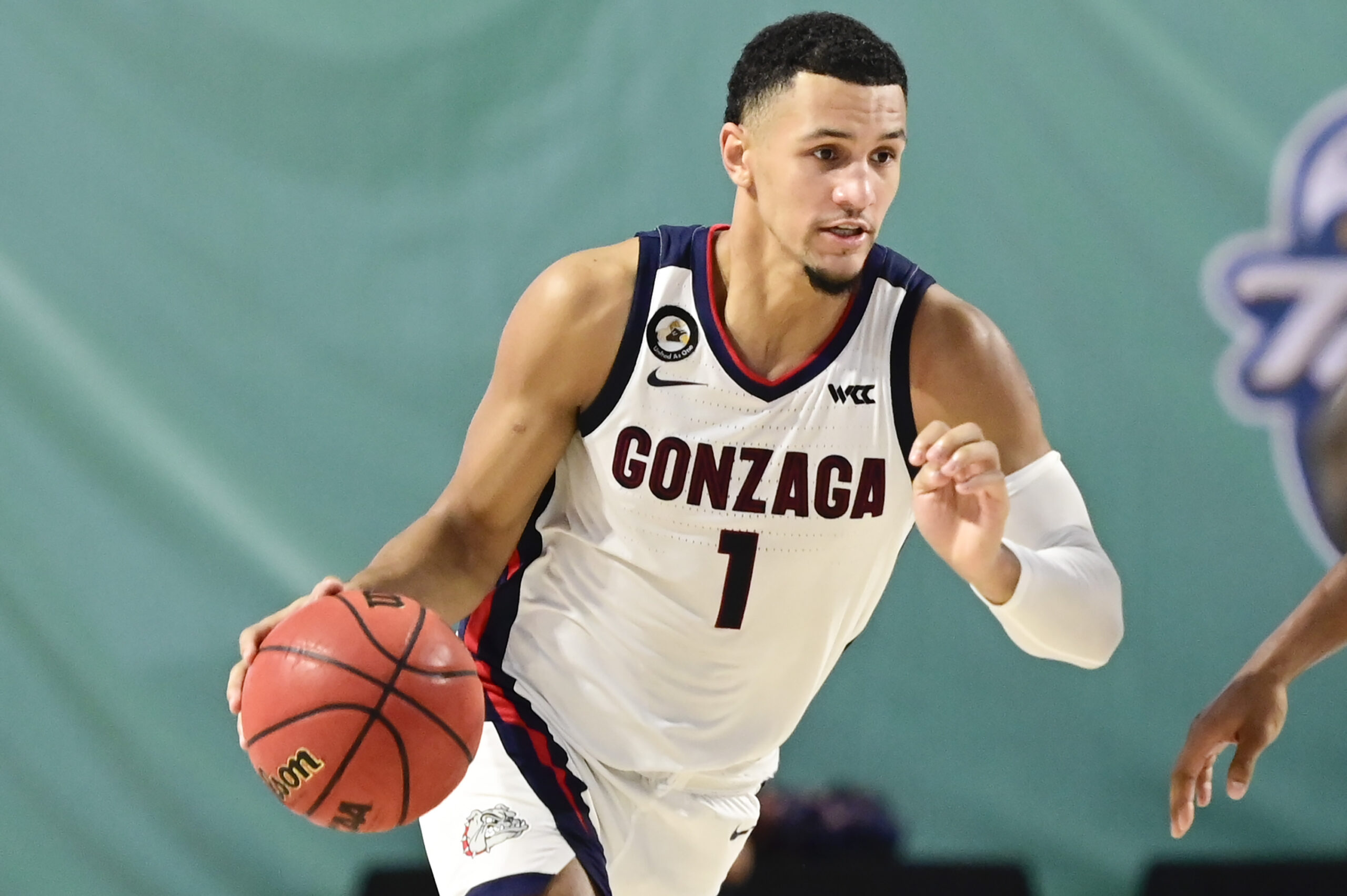 Wagner’s sophomore jump has been a key factor in Michigan’s progress, as he has bolstered the team on both ends of the floor while requiring only a limited number of attempts. He’s developed into the Wolverines’ most important player, capable of protecting three spots, knocking down shots, and finding free teammates in a pinch, thanks to his progress as a playmaker and a legitimately flexible defender. Wagner has played a key role on a squad that largely relies on committee scoring, barely missing a shot and showing a keen knowledge of the space around him. It’s become more difficult to criticize his performance. 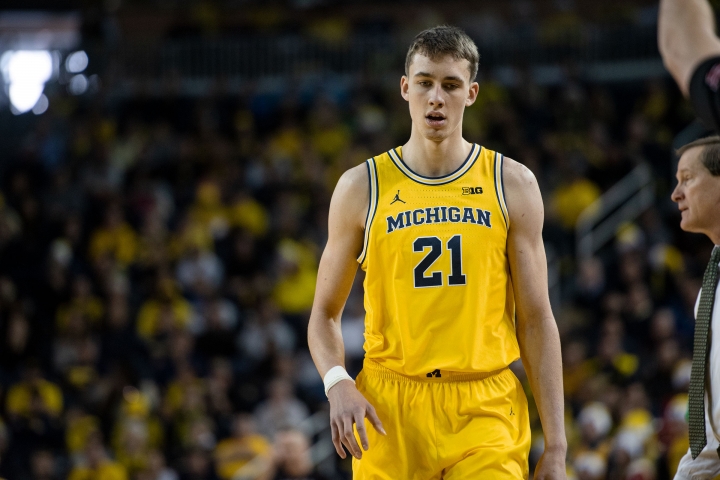 Duarte is one of the oldest players in college basketball, but he plays like it. He has ridiculous shooting splits (62.3 per cent from two, 44.0 per cent from three, 80.6 per cent on free throws) and elite block and steals rates, and he has helped Oregon win a lot of games despite having big backcourt problems entering the season. He’s been absolutely elite in terms of productivity without ever hijacking the Ducks’ offence, and he’s done so on a consistent basis on both ends of the court. Duarte’s impressive, under-the-radar season stands up particularly well on an individual level.