Do you have plans to move to St. Louis? Or, are you thinking of changing your school district in St. Louis? To answer all your queries regarding this, we bring to you the best school districts in St. Louis. School districts are the most essential part of people or families moving to a certain area. Keeping this in mind, this list shall enlighten you with the much-needed information that you’d look for in these districts.

St. Louis being a major city in Missouri covers a wide area and these school districts have a historical presence of their own in these areas. You will find a variety of neighborhoods and communities dwelling together. The diversity in St. Louis is what many look for in a city. This same diversity is found in most of these school districts that the following list covers. You may read on to find out about these districts and what they have to offer. All the best!

The Ladue School District covers about 19 square miles and has a population of over 27,000 people. It is made up of all or parts of ten self-governing communities in St. Louis County. Today, only 23% of district residents have children enrolled in at least one of their schools. An early childhood center, four K-4 elementary schools, a Fifth Grade Center, a middle school, and a high school make up the District. Their schools serve over 4,000 pupils, with over 850 receiving assistance from the Ladue Early Childhood Center through activities including Parents As Teachers, Parents and Children Together, and preschool classes. The student body is diverse in terms of socioeconomic status, with a graduation rate that consistently exceeds 90%, with 91 percent of 2020 graduates going on to college.

The Kirkwood School District has earned a strong reputation as a district that prioritizes children and their interests in collaboration with its vibrant neighborhoods. Staff from the district, parents, and members of the community collaborate to deliver creative training opportunities that concentrate on what today’s youth need to know and understand to become tomorrow’s leaders. The District is one of the oldest in St. Louis County and one of the oldest west of the Mississippi River, having been founded in 1865. Kirkwood School District is 15 square miles in size and serves all or parts of eight suburban communities in southwest St. Louis County, about 15 miles from the city of St. Louis. The Kirkwood School District and its surroundings are a mix of old town beauty and modern suburban energy.

Being a member of the Rockwood School District has its benefits. High academic performance, excellent teachers and staff, and strong community engagement characterize this premier school district in west St. Louis County. Their job revolves around their goal of doing whatever it takes to ensure that all students reach their full potential. With an average of 19 students per classroom teacher, the district has 19 elementary schools, six middle schools, and five high schools. The school district is based in Eureka and serves students in St. Louis County. The Rockwood School District is the main public school district in St. Louis County. Rockwood serves nearly 141 000 people in over 53 000 homes across 150 square miles in areas of western St. Louis and northern Jefferson counties. Rockwood is within eight separate communities.

Parkway has a long history of success, having been ranked as one of the best public school districts in the country for over 65 years. Various news sources regularly rank all four Parkway high schools as the best in the region. Parkway Schools is a National School District of Character, with 12 National Schools of Character within the district. The diversity in their schools and neighborhood, according to new families and staff, is one of the top reasons they choose Parkway. The St. Louis Post-Dispatch has repeatedly called the district a Top Workplace in St. Louis based on staff polls. It also gives its students meaningful resources through deliberate experiential learning. Their goal is to educate the future workforce, especially in high-skill, high-demand fields. 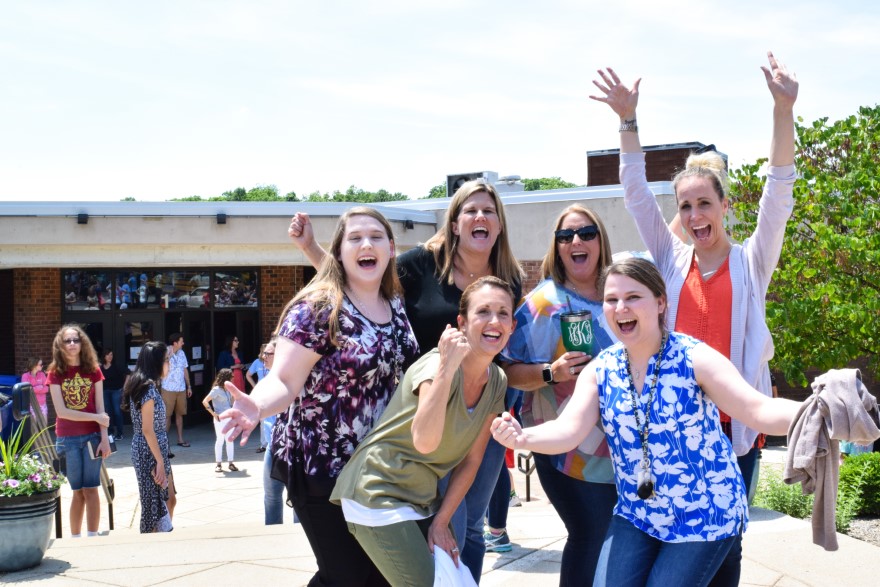 Brentwood School District is in the center of St. Louis County, and it encompasses the city of Brentwood as well as sections of neighboring cities. The district encompasses residential suburbs, large shopping centers, and businesses and spans just over two square miles. Brentwood School District is conveniently situated in the heart of the county, just minutes from major universities, parks, and other attractions. The district, which includes the Early Childhood Center, Mark Twain and McGrath Elementary schools (K-5), Brentwood Middle School (6-8), and Brentwood High School (9-12), was established on March 3, 1920, shortly after the city of Brentwood was founded. It has a collective enrollment of a small number of only 850 students.

The Francis Howell School District’s goal is to inspire students to be lifelong learners who are prepared for the future. The District, which covers over 150 square miles in the southeast corner of St. Charles County, is one of Missouri’s largest school districts. St. Peters, Cottleville, Weldon Spring, Dardenne Prairie, Harvester, New Melle, southern portions of St. Charles City, and eastern portions of O’Fallon are among the towns within the District’s borders. Ten elementary, five middle, and three high schools, as well as three early childhood centers and two alternative education schools, make up the District’s educational services.

Pattonville is centrally situated in St. Louis County, Missouri, near St. Louis Lambert International Airport, at the crossroads of two main interstates (I-70 and I-270). Bridgeton, Creve Coeur, Maryland Heights, St. Ann, and the adjacent unincorporated areas of St. Louis County, Missouri, make up the district, which spans 27 square miles. Pattonville is a nationally accredited and nationally recognized school. The district has been lauded as one of Missouri’s and the country’s most diverse school districts. Pattonville is consistently known as a wonderful place for kids to study and a great place to work for people who are committed to student achievement.

The Webster Groves School District is a public school district located west of St. Louis in Webster Groves, Missouri. Dr. John Simpson is the acting superintendent. The district represents a population of about 32,000 people, which includes many business, academic, and professional people. The district has a total number of 9 PreK-12 schools and one family center. The Statesmen football team plays the Kirkwood High School Pioneers in the annual Turkey Day game every Thanksgiving Day. Any student in the Webster Groves School District is committed to academic and personal achievement. The District, as a learning community, will be a pioneer in purposeful creativity, challenging each of us to find and follow our interests while still making a positive impact on the planet.

Lindbergh Schools is dedicated to assisting students in achieving academic and life success. Strong community engagement, as well as a team of outstanding teachers, support staff, and administrators drive this high-quality curriculum for all students. They agree that a diverse group of teachers, staff, and families leads to a supportive atmosphere in which everybody can cultivate their unique strengths. They serve over 7,100 students each year through 11 campuses, including one high school, two middle schools, six primary schools, and two early childhood education centers. Eight National Schools of Character and six National Blue Ribbon Schools are located here.