Powerful Writing Strategies for All Students 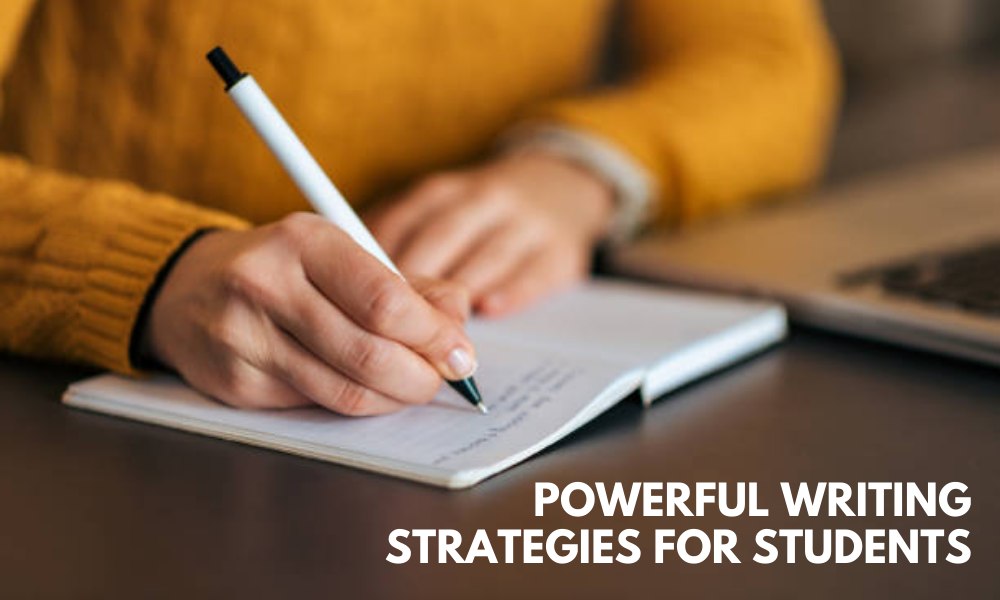 Students have an end number of essays, assignments and emails to write on a daily basis. And to have a couple of tips and tricks up your sleeve for the best outcome to your written project is never a bad idea. Now, these strategies are not for informal writing to friends and family but strategies for professional writing.

We have tried to keep the article short but brief, informative but also fun as well. We have taken these ideas from multiple sources to combine the best strategies for you to write powerful and engaging content.

The first tip on how to improve your writing is doing not to use contractions. It does not sit well with academic writing. So some examples of contractions are don’t, can’t, couldn’t, shouldn’t, wouldn’t, isn’t, haven’t and hasn’t. These short forms are known as contractions and should be avoided as much as possible.

So, these contractions would be:-

It is always better to write the full word instead of using contractions when it comes to academic or even formal business writing.

One of the reasons why you should avoid using there is/there are when writing is because when we write, we want to write our ideas down clear and concise. Avoiding long sentences instead make sure your sentences are to the point. However extra words are somehow present in the sentence which are not required.

By getting rid of there is/there are, your sentences become stronger and more brief.

The reason why you should avoid using really/very/ a lot is because it weakens your sentences and moreover your writing. Your writing is not as strong as it can be. Instead of using really/a lot/ very, try using a stronger word that makes the sentence look more formal.

Here are some examples-:

Now our fourth strategy to have powerful writing in academic is knowing the difference of when to use the passive or the active voice. If you are in the sciences, the passive voice is much more appropriate to use but if you are studying history, humanities, social science or psychology, avoid the passive voice and prefer forming your sentences in the active voice.  Passive voice takes away the feeling of authority, which in turn makes your sentence weak. It would be much better to use the subject, the verb and the object in this order. As in academic writing, we want strong sentences. And strong sentences have the subject or the action at the beginning of the sentence.

Believe it or not, there are strong verbs and there are weak verbs as well. Now you may ask, what a strong verb is and what a weak verb is. Let’s understand this with an example-:

As it comes to forming sentences, it is always better to write a sentence with a verb and a noun present when the noun could be used as its own verb, to make sure to use it in its formal form. These are some of the main strategies students could use vastly and quickly use to improve their academic writing and nail those straight A’s.