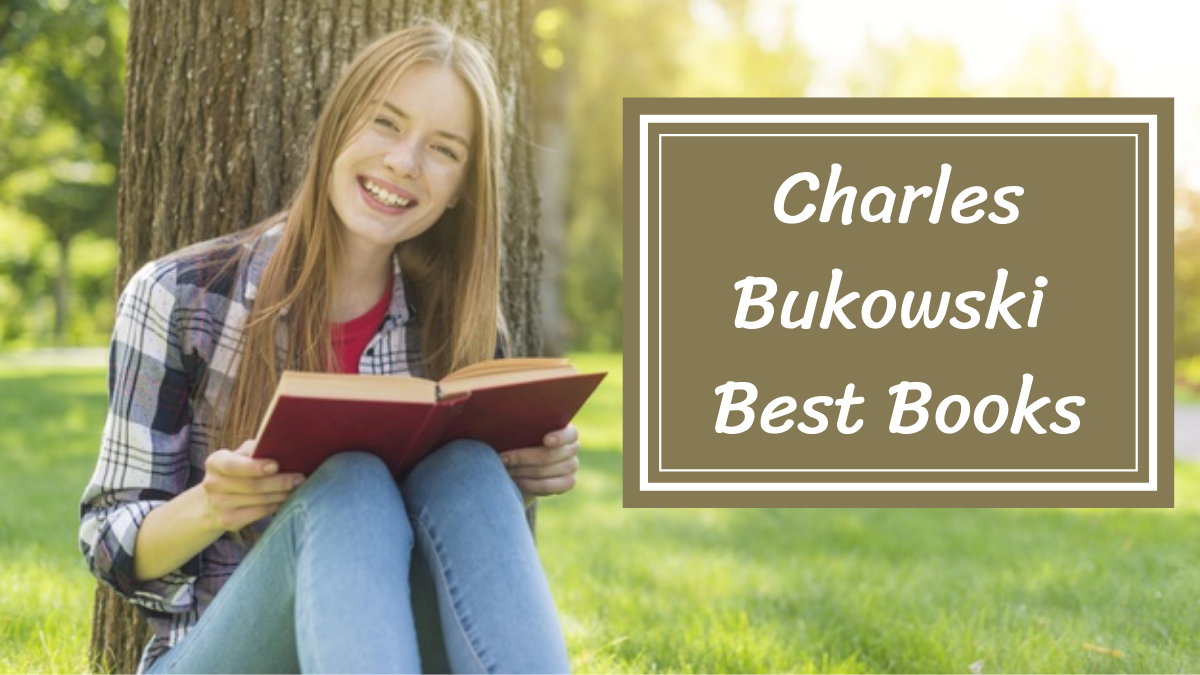 The German poet and author who lived most of his life in Los Angeles, Charles Bukowski is recognized worldwide for his remarkable poetry collections, stories, and notable novels. Readers often find the conglomeration of emotions, reality, violence, abuse, addiction, and sexual imagery in his works, hence he has also been critiqued and satirized for that. Bukowski’s works are great reads for adults, his exuberant taste of classical music is much evident in most of his writings.

Bukowski has his own style of writing, he has a different perception when it comes to choosing plots for his novels and prose. He portrays a character named Henry Chinaski who shares a resemblance with his own self and uses him in almost all his novels. His works introduce readers to the complexities of adulthood, loneliness, addiction, and urban lives molded with the finest language.

Here are the top-10 books of Charles Bukowski that you will absolutely love reading!

The first novel written by Charles Bukowski portrays the character of Henry Chinaski who shares deep similarities with the author himself. It is through the character of Henry, Bukowski brings out many self-revelations, and it becomes very obvious to the reader that he had depicted Henry as a 59 years old alcoholic purposively, in order to reflect his own image throughHenry.

Henry Chinaski is a loner, all he wants to do in life is get drunk and be with women. When Henry accidentally applies for a position at the U.S. Postal Service, thinking it will be an easy and peaceful job, everything in his life begins to change. At the Post Office he comes across new duties, new people, and mostly new women, he dreams of beginning a new life, but life has different plans for him. The story of this 59-year-old alcoholic man who gets a job at the Post Office has a lot to tell the readers.

2. The Last Night of the Earth Poems

For lovers of poetry, The Last Night of the Earth Poems is a collection of Bukowski’s must-read poems that revolve around death and immortality, war, the past, city life, and much more.

Bukowski is seen as occupied with the thought of death, and he uses this mindset to give his ideas a body and mold them into rich poetry. For the lovers of Bukowski, this book will be a “treasure trove”. Bukowski wrote this collection before he passed away in 1994. Bukowski could feel and sense death nearing so he poured all his final feelings into this book. His spontaneous overflow of emotions and his confusing situation finds justice in his poetry. Anyone who loves poetry will be fascinated by this amazing collection of poetry.

Bukowski’s Ham on Rye also focuses on the character of Henry Chinaski, but this time it is rather presented as a memory from his childhood, a period of his life that was disturbing. This coming-of-age of Henry shares some similarities with the author himself hence, Chinaski has been regarded by readers and critiques as an autobiographical reflection of Bukowski.

Henry has an abusive father, he gets beaten and abused often even if he is a child. His father uses razors to punish him if the lawn was not maintained to his level of perfection. Henry did not get any love and support from his parents except he was admired by his grandparents. But after coming to America, he had never been able to meet them back in Germany, his abusive father had control overall. The novel features the painful childhood of Henry, and how he comes across many problems even when he is in High School. The novel is very heart-touching, upon reading Ham on Rye, readers will understand why Henry is a loner and an addict in his adulthood, a picture that you get to see in Post Office

Women by Bukowski is all about his obsession with women and his life as an addict. He became a cult figure upon writing this semi-autobiographical novel, that reflects very much of his own life.

Henry Chinaski loves two things most in his life, alcohol, and women. He often dotes on pretty women and gets done with them when he has fulfilled his sexual desires. The novel is strictly for adults, contains vulgarity and many sexual imageries, this treating of women as sexual beings have aroused many controversies, and has been disliked by Feminist critiques. In the novel, Henry is in his fifties, but often encounters women who are in their 20s, this spices up the novel more. Henry of capable of attracting women even at such an age when people let go of their desires and seek spiritual recognition. The novel covers interesting encounters of Henry with women, and how they affect his life that is already messed up.

5. Notes of a Dirty Old Man

This book by Bukowski is a combination of poetry and prose, the works that were published in a newspaper in L.A. called “Open City” under the same name. Notes of a Dirty Old Man includes works written by Bukowski in his state of intoxication, his desperation to sleep with women, and also records some true, dark events of his life. This book is indeed “dirty” and includes a lot of explicit sexual imageries, and other dark things of life that eventually portray a true picture of Bukowski’s mind. Hence, this book is for readers who are alright with this side of Bukowski and are aware of his style.

Pulpis among Bukowski’s most famous works that depict a convoluted detective story. Finally a book on our list that isn’t about Henry Chinaski and much to the surprise, this is the only novel by Bukowski without featuring Henry as the protagonist. Pulp got its popularity from its rich and interesting plot about Nick Beltane, a Los Angeles private detective who is hired to locate and investigate the Red Sparrow.

Nick must overcome his alcoholism, and escape from many obstacles to prevent himself from death, and bring out the truth behind this otherwise complicated mystery. Readers would thoroughly enjoy this novel since they get to see the other side of Bukowski here, this time, he does not portray a character who is after women and is nasty, rather Nick is a man of intelligence and has an eye for detail.

Published in the year 1977, Love is a Dog From Hell is a notable collection of poetry that explores Bukowski’s ideas on love and heartbreaks. His poetry is unfiltered, includes raw imageries, and explores Bukowski’s experiences with his women. His brutal honesty and his unique style with a blend of hidden subtlety make this collection one of the strongest books of poetry ever written by Bukowski.

For anyone who loves Bukowski better as a poet than a prose writer, this poetry collection will surely impress them. Some of the best poems ever written by Bukowski are present in this collection and will touch readers deeply.

Bukowski’s Factotum is one of his best creations and records that period of Henry Chinaski’s life when he is struggling to establish himself as a writer and is jobless. Henry keeps on traveling from city to city in search of a purpose, a job that he can rely on. Covering the period of WWII, just like the country, Henry’s fate is at war too, he goes through some of the toughest times of his life.

Henry falls for a woman named Jan amidst his crisis, and the novel traces the course of their relationship, alongside his failure in love, work, and almost everything in his life. This novel became so popular that in 2005, it was adapted by Director Bent Hamer and turned into a movie that eventually became a hit.

Hollywood is Bukowski’s another Semi-autobiographical novel about Henry Chinaski’s way to Hollywood, and writing the script for a movie named “Barfly”. Henry records his younger self in the script when he was a drunkard, always got into fights at the bar and chased women, and this gets adapted by the famous Producers and Directors of Hollywood. This plot very evidently features the phoniness of the film industry and marks a stark contrast between reality and fiction. Readers would come across the process of shooting, experiences of Henry in the world of glitz and glamour, and much more.

10. The Days Run Away Like Wild Horses Over the Hills

The last book by Bukowski on our list is yet another impressive collection of poems that were written as a dedication to his first love Jane. The poems reflect a softer, and emotional side of Bukowski that is otherwise rare to find elsewhere in his other works of poetry and proses. This collection is heart-touching, explores the beauties of love and the extremity of heartbreak. A rather more personal touch of Bukowski can be traced in these wonderfully penned poems. Readers who are a fan of Bukowski’s magic in poetry will admire this collection.