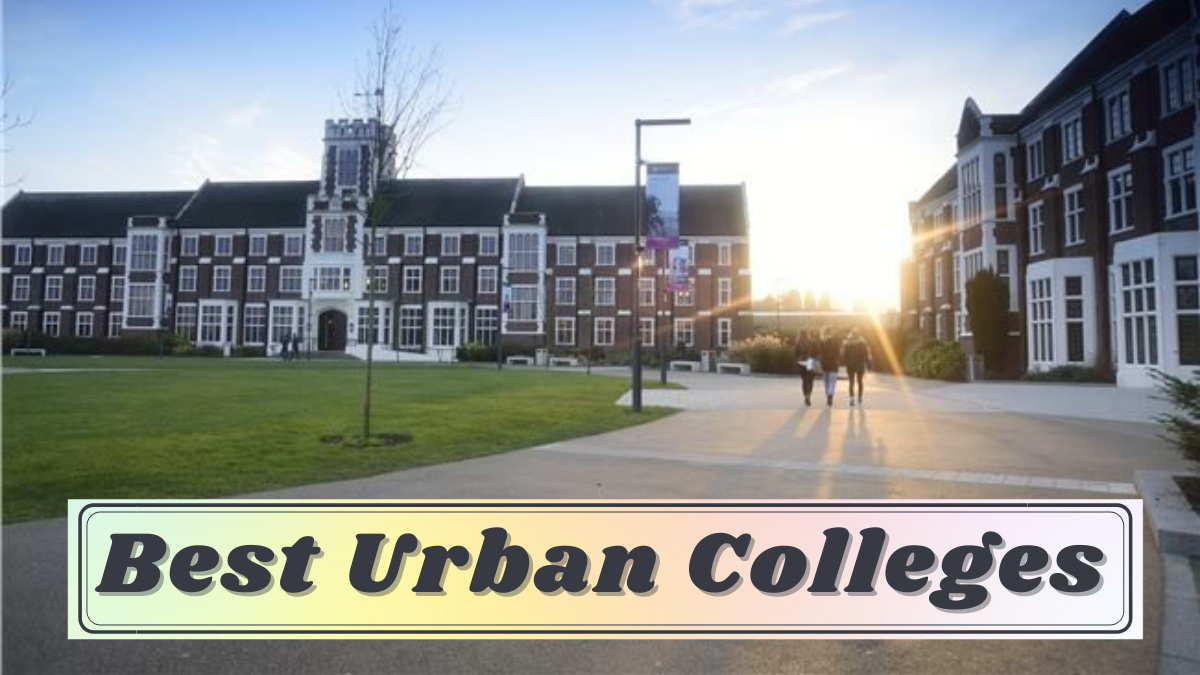 For many students, college is always about a fast-paced life complete with jam-packed schedules with the cacophony of the city pushing them to their limits. Urban colleges and universities are not for everyone but they ensure that you soak up every bit of the college experience day in and day out. America is one of the most diverse countries in the world. Here, every city has a different story to tell.

From the compact and bustling New York City to the Sprawling Los Angeles, whatever your choice is, you are sure to be exposed to a wide range of culturally diverse and interesting people. Not to mention that big cities are always teeming with new opportunities and career options that you can explore to your heart’s content.

For students who are always on the go, who want to embrace the hustle and bustle of a metropolitan city campus, the urban colleges of America are a dream come true. So here is a list of the top 10 urban colleges in America.

Located smack dab in the middle of probably the most famous city in the world, the New York University is one of the most distinguished and well-known universities in the world. New York University comes within the top 10 of almost all the rankings that have ever been published. NYU was found in 1803 and since then it has been home to students from all around the world. NYU charges 53,308 USD for undergraduate students per year. The facilities available inside the campus include a career development center, The NYU Box Office, Athletic Facilities, and an Office for Global Services. The various majors offered in NYU are, Arts and Media, Business, Humanities, and social science, science technology, engineering and math, and educational and health-related fields.

Located in New Orleans, the city known for its distinct music, unique dialects, and its annual celebrations and festivals, the Tulane University boasts one of the most happening campuses in the U.S.  Tulane University was found in 1834 as a public medical college and was converted into a comprehensive university in 1847. Tulane university gives much importance to sports and has its own football stadium and various sports clubs and 6 men’s teams and 10 women’s teams. Tulane also has 200 plus student organizations including military, multicultural, performance, pre-professional, political, Greek, media, religious clubs which help students to choose their career. Undergraduate students are offered a wide range of housing options like single rooms, double rooms, and even studio apartment-style housing facilities. The university is known for its various language courses like Arabic, Chinese, Italian and also offers a wide variety of other undergraduate courses in science, history, and law. The university charges 56,800USD per year for undergraduate courses.

Located in the home of country music, spicy chicken, and barbecues, Nashville, Vanderbilt University is one of the most well-known private research universities in the world. Founded in 1873 with a generous contribution of 1 million dollars from Cornelius Vanderbilt, It is now known worldwide for its transformative education and research. The university houses a total of 10 schools in a sprawling 333-acre campus located in the heart of Nashville, Tennessee. The university offers various undergraduate and postgraduate programs in the liberal arts and sciences, engineering, music, education, and human development departments. The university also has internationally acclaimed schools including a school of music, divinity school, law school, school of nursing, and a school of medicine. The university charges 52,070USD per year for undergraduate programs. The campus also includes various libraries and study rooms.

In case you could not get into NYU, and you still don’t want to miss out on the magic of New York City, Columbia University can be your plan B. Established in 1754 on the grounds of the trinity church in Manhattan, Columbia University is one of the oldest educational institutions in the United State. The university provides on-campus and off-campus housing for students. The university boasts a really strong economics department. The campus also houses a new state-of-the-art neuroscience building. Other Courses offered in the university include art history, biological sciences, business, chemistry, creative writing, dance, computer science, and many more. The university charges 61,788 USD for undergraduate students per year.

Situated in the second largest state in the United States, the University of Texas was established in 1883 with one building, 8 professors, and 221 students. Now it is ranked among the top 40 best universities in the world with 51,000 students across 18 colleges and schools. Thousands of events take place on the campus including film screenings, concerts, and book readings. The campus is also home to an art museum, a football stadium a gym aquatic complex, a student activity center, and a visual arts center. The various course. The Texas Austin University is famous for its size as it is one of the largest universities in the US. As a result, the university provides undergraduate degrees, graduate degrees, law degrees, medical degrees and special graduation programs like double degrees. The tuition fee is comparatively low considering the services provided and is around 38,326 USD per year.

For students, san Fransisco is a one-of-a-kind location. Known for its cool summers and steep rolling hills, the city provides the perfect canvas to sketch out your future. Amidst the electric mixture of landmarks and architecture, lies the beautiful San Fransisco University Campus. Established in 1855, the 55 acre campus is sandwiched between the Golden gate bridge and the Golden Gate Park and is nicknamed ‘The Hilltop’. The campus has eight residential halls, one off campus and 8 off campus. The campus provides gender-inclusive housing. The university has more than 100 clubs and organizations including animal rights, philosophy, sign language, graphic arts, hip hop etc. The university also houses 22 sport clubs that participate in national and international competitions. The university is known for its  Business, Management, Marketing, and Related Support Services, Health Professions, and Related Programs; Communication, Journalism, and Related Programs; Social Sciences; and Psychology. The university charges 50,282USD for students per year.

The University of Chicago is one of the most accredited private research universities in the U.S. It was founded in 1890 and is famous for its unsectarian, culturally, and ethically diverse campus. The university is well known for its extensive research work and is a great option for students who want to pursue research as a career option. The college boasts many achievements like discovering the link between cancer and genetics and establishing the revolutionary theories of economics.  The university has almost 140 research centres. The campus also has its own transport system and also offers students religious and spiritual guidance too. The university charges 62,552USD for undergraduate students.

The iconic Hollywood sign, the picturesque beaches, and the redwood trees make California a dream destination for tourists. So imagine studying in such a wonderful city! The University of California stands tall in the heart of the city, a symbol of intellectual brilliance and sheer passion in an otherwise laid-back and easy-going town. The university is famous for its Annenberg School for Communication and Journalism and its highly esteemed School of Cinematic Arts and is a great option for students who want to pursue film making or journalism. The campus also offers other courses like architecture, business, art and design, dance, etc. The campus also includes an HSC fitness center, an LYON center, and an aquatics center. The tuition fee for undergraduate students is 58,195USD per year.

Another prestigious institution situated in the hot spot for students, New York City, The Baruch college is a public university founded in 1919. The relatively new campus is a constituent college of the City university of New York system. The campus is in close proximity to Wallstreet, Midtown, and the headquarters of various international companies. Classrooms, research facilities, a recreation complex, a bookstore, a television studio and more are all housed in one blockwide complex. The college is known for its premier engineering and science programs but also offers a wide range of courses like social sciences, management and journalism. The university is relatively very affordable and the tuition fee is just 15,412USD per year. The university also offers more than 170 organizations and clubs for student participation.

The UCLA campus does not require any introduction. It is one of the most prestigious universities in the U.S. It was found in 1919 and is the only leading research institution started in the 20th century in the United States. UCLA is known for its top 5 most popular undergraduate programs: biology, business economics, political science, psychology, and psychobiology. The university’s legendary reputation in sports and its quirky campus rituals like the midnight yell makes it the top choice for many students in the US and in other countries. UCLA is also very famous for its school of theatre film and television. The proximity of the campus to Ronald Reagent Medical Center enhances the research opportunities for students. The campus also boasts a golf center, a boathouse, an aquatics center, and various other stadiums. The average tuition fee charged is 42,994 USD per year.

Choosing the perfect university for you is no easy task. It requires a lot of patience and a lot of thought. It is one of the most important and path-defining decisions that you’ll take in your career. The U.S is the perfect place to get exposed to a diverse and creative society and you’ll see yourself wanting to do more every day when you are in this country. These 10 Universities can help you carve your path to a bright and successful future while also making sure your life in college is vibrant and happening.