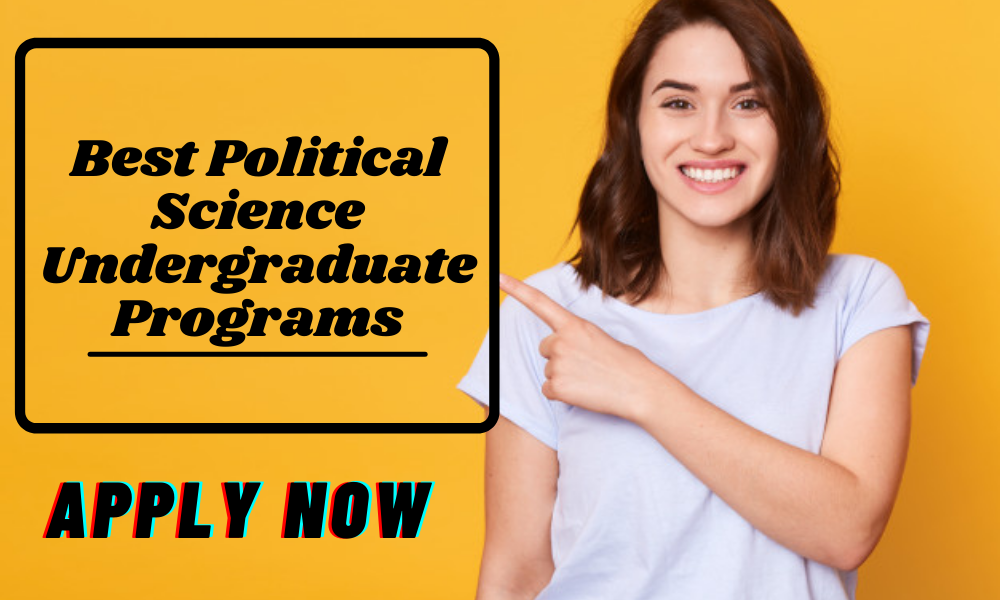 A Bachelor of Political Science at a university in the USA might be right for you if you have always been intrigued by the work of the state, national and foreign governments. Political scientists deal with governmental processes and evaluate political behavior and actions. Graduates of Bachelor of Political Science degree programs also go on to successful careers in the public and private sectors in governance, consultancy, advising, research, academia, and in several other fields. Universities and academic institutions in the USA offer Bachelor in Political Science programs to high school graduates from the USA and around the world.

Here, we have curated a list for you with the best political science undergraduate programs. These are the top colleges that offer these programs and will be a learning experience for students who take admission in these programs. Good luck!

B.A. in Political Science at University of Baltimore Maryland County

The University of Maryland Baltimore County (UMBC), founded in 1966, is a public research university in the United States of America. The university is committed to fostering and helping to develop students’ true potential as the world’s responsible people. For students interested in studying political science, the Department of Political Science offers several options, as well as programs that prepare students for rewarding positions in government, public service, law, and other professions. Applicants must have a diploma from high school or equivalent and have good scores. The program contains classes such as American Government and Politics, Political Science Introduction, Political Theory, The Constitution and American Democracy, Civil Law Introduction, and many more.

B.A. in Political Science at University of New Haven

New Haven University, based in West Haven, is a private, coeducational university founded in the year 1920 on the Yale Campus. A student will gain an understanding of complex political processes and their actors as a political science major at the University of New Haven and will explore how and where they can make an impact. Students will have the ability to perform data-driven experiments with well-respected researchers and learn from actual politicians about the art of politics. In government, industry, the nonprofit sector, the legal system, and entrepreneurial occupations, studying political science can open up a wide range of job opportunities.

Northeastern Illinois University, which was founded in 1867, is a public university in Chicago, USA. The university’s main campus is spread over 67 acres. It provides programs in arts, education, science, and business for undergraduate, graduate, and professional degrees and certificates. Political science is central to an understanding of all fundamental social problems and is one of the most common majors in the liberal arts. Training in political science offers people the opportunity to understand how politics works and how it affects the lives of all of us. A major in this field help students improve comprehension and interpretation abilities and develops oral and written speech skills. Graduates go on to law, business, journalism, teaching, and government professions. Political science students must have a minimum of 36 credit hours in political science. 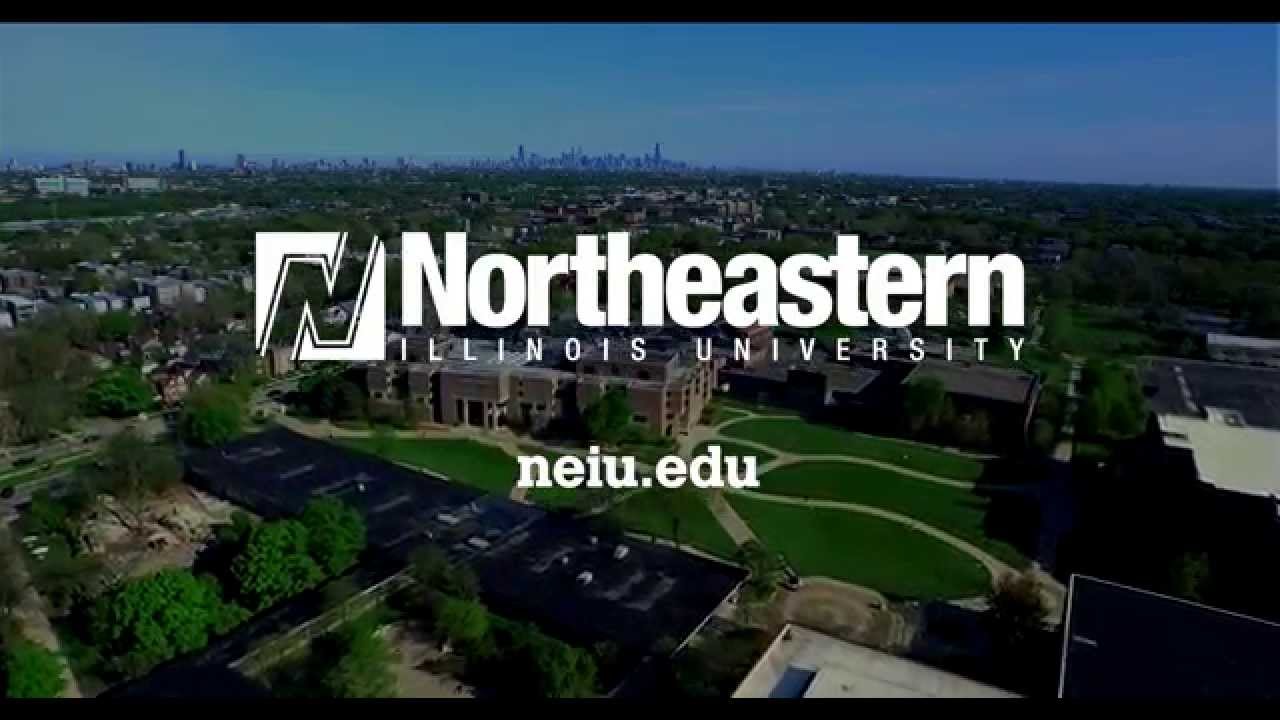 California State University, East Bay (CSUEB) was founded under the name of State College for Alameda County in 1957 by the California State Assembly. The university holds the accreditation of the Western Association of Schools and Colleges (WASC). CSUEB, with a variety of distinguished graduates, has over 130,000 alumni. The curriculum in political science allows students to develop a structured body of government information and to think analytically about public policy, law, and politics. The degree in political science prepares graduates for government, public service, public administration, public policy research, legislative advocacy, business, international relations, and teaching careers.

B.A. in Political Science at University of Wisconsin-Madison

The University of Wisconsin-Madison, founded in 1848, is an open research university that is considered to be Wisconsin’s largest and oldest university. The campus is situated on the bank of Lake Isthmus. This is the main campus and is scattered over a 936-acre area. The faculty in the Department of Political Science are interested in politics to consider human nature and world affairs scientifically and systematically. To prepare yourself for a career in campaigns, public policy, business, government, political activism, or public service, but also to become an educated and engaged citizen, you can study political science. Majors in political science can apply rigor to issues and can formulate solutions with consistency and data analytical order. Graduates are moving into a wide variety of roles that involve well-honed writing and presentation skills.

B.A. in Political Science at University of South Carolina

The University of South Carolina, founded in 1801, is a research-centric public university in Columbia. The school, known as South Carolina College, officially began providing education in 1805. It has seven state-wide satellite campuses, and its main campus occupies over 359 acres in downtown Columbia, not far from the State House of South Carolina. Students who earn a B.A. in political science, get the opportunity to select courses in fields such as American politics, comparative politics, foreign affairs, public administration and strategy, and political theory, and are broadly exposed to the discipline. To apply for admissions in the undergraduate program, students must have passed the high school degree with a GPA higher than 3.61 or equivalent.

Bachelor of Science in Political Science at Clarkson University

In 1896, Clarkson University was established and is a national research university. You obtain a thorough understanding of political institutions, politics in general, and the mechanisms of transforming principles and knowledge into public policy in the Political Science undergraduate bachelor’s program. Through diverse courses, you can extend your understanding of the leading theories and controversies within the subfields of political science. Eventually, you’ll develop an understanding of the need to completely engage in political life. The Political Science major courses, offered through the Department of Humanities and Social Sciences, encourage students to use analytical analyses and theoretical frameworks to understand the world’s political dimensions, both in the United States and elsewhere.

Bachelor of Science in Political Science at University of West Georgia

The University of West Georgia is a Carrollton, Georgia, public university. The university is one of four comprehensive colleges in Georgia’s University System as well. The University of West Georgia’s Bachelor of Science (B.S.) with a Major in Political Science offers a course of study leading to an Undergraduate Degree in Political Science. For the B.S., in each of the four major areas of political science, graduate students take one course: American Government, Comparative Politics, International Affairs, and Political Theory. Students may choose from the above four areas, as well as public administration courses, policy analysis, data analytics, and law courses. By taking a capstone seminar during their senior year, students complete their coursework.

North Dakota State University, in Fargo, North Dakota, is a public research university. It was founded in 1890 as North Dakota Agricultural College as the land-grant university of the state. At North Dakota State University, the political science program provides a variety of avenues for government research. The political science curriculum ensures that students graduate with a good understanding of the main subfields of political science, including American government and organizations, the legal system and constitutional law, international affairs, and comparative politics. Political science classes aim to provide students with information to help them understand how their daily lives are influenced by government and politics. A major in political science provides career opportunities for students in public service, business, and education. For all people who choose to pursue careers in public policy or similar fields, the department offers a special focus on public service.