Which is Easier GMAT or GRE?

What is obtainable as a good score on the GMAT is more comfortable for many students to get, a reason for this is the fact that the GMAT exam is more study able. To have an average score in GRE (about 310), will place the GRE on a more accessible scale when juxtaposed to the GMAT exam, but over time both exams have met significant changes.

And those changes have made them significantly harder to tell them apart using the hardness as a yardstick for judgment. However, we know that with comparisons in several aspects of both exams, we might be able to tell which of both the exams is easier.

When preparing for an MBA study program or a masters program, a more significant number of student applicants have the choice of writing either the GRE or the GMAT. Often before deciding on which exam to take, they ask this question “Which exam is easier?” At the dawn of 2009, when Business Schools began accepting GRE as a requirement for admission, it could be easily said that the exam was more straightforward than the GMAT.

In the year 2011, the GRE met significant changes around August of that year. Hence both the GRE and GMAT exams became quite similar. But statistics showed that the maths section of the GMAT exam was more challenging than the corresponding section in the GRE.

The GRE has continued to meet significant changes over the years. Over time, as the years have passed, the GRE Quant section has reasonably increased in difficulty, which is especially true in higher levels—thus making the GMAT exam a better option for some graduate applicants. Currently, it is just as hard to get a top score (165 and above) in the Quant section of the GRE, which is the corresponding score of 47 on the GMAT exam.

The Quant section of both exams collectively has high school level mathematics as an inclusion. Rather than have trigonometry, calculus and whatnots, which are advanced level mathematics. What many applicants see as a refreshing lifesaver in the GRE is the fact that they are allowed to use calculators. This rule in GRE is contrary to what is obtainable in GMAT.

However, for most of the duration of the GRE, it has been shown that a calculator will slow you down then it will help you. Therefore, it is encouraged students to learn and familiarise faster ways to find solutions to answers without necessarily needing a calculator. Students writing GMAT exam are not allowed to use the calculator. For both tests, a student ought to be comfortable solving problems in their head.

One sterling difference that projects the GMAT exam as relatively more straightforward as the GRE is that the Quant section on the GMAT favours logic-based math questions, with a little less geometrical questions than the GRE.

Unlike the verbal section of the GRE, the GMAT section, which is of a lower difficulty level, tests students ability to memorise and use 200 grammar rules. The section bordering on Sentence Correction is all about the science of grammar. Therefore, most test-takers find the vocabulary on the GMAT relatively more comfortable than that on the GRE. A similarity between both exams is that both exams have questions on reading comprehension. On this section, test writers are required to read 1-2 paragraphs and then proceed to answer questions about the understanding. 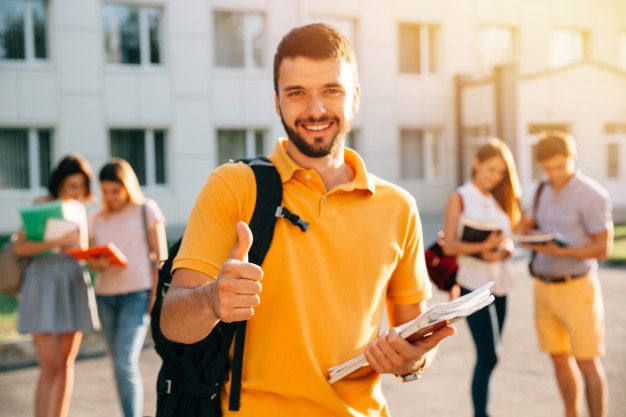 Another similarity in the verbal section of both exams is that they have questions to test your critical reasoning skill. These questions are set to analyse the logic of an argument. But the GMAT has more of this type of questions. On the other hand, the GRE will instead replace these questions with vocabulary questions. In all, the GMAT verbal section tests your reading comprehension, grammar mastery, as well as how well you are expressive of ideas. Although the GRE tests the same things, what distinguishes the GRE from the GMAT in this section is the added difficulty of obscure vocabulary on the GRE.

For some who feel that they have a wealthy bank and sound knowledge of vocabulary, then the GRE may be a better option for you. However, the easiest and readily available means to find out is to look at some online GRE word lists. After accessing these resources and you feel there are too many difficult words for you, it is in your best interest to pick the GMAT. Because mastering a few grammar concepts could be more comfortable than memorising 1500+ new vocabulary words.

We are going to be biased and say the GRE is more accessible than the GMAT. Simply because of several factors, like the maths contained in the GRE is essential compared to that of the GMAT, and that you can take the GRE almost every day of the year which means your chances for passing are higher, But this is not same for the GMAT.

This is our pick though we implore you to look into your strengths and weakness, check past questions of both exams. As this will give you a glimpse into what to expect and you can tell which more in your comfort zone is.