What is Computer-Mediated Communication? 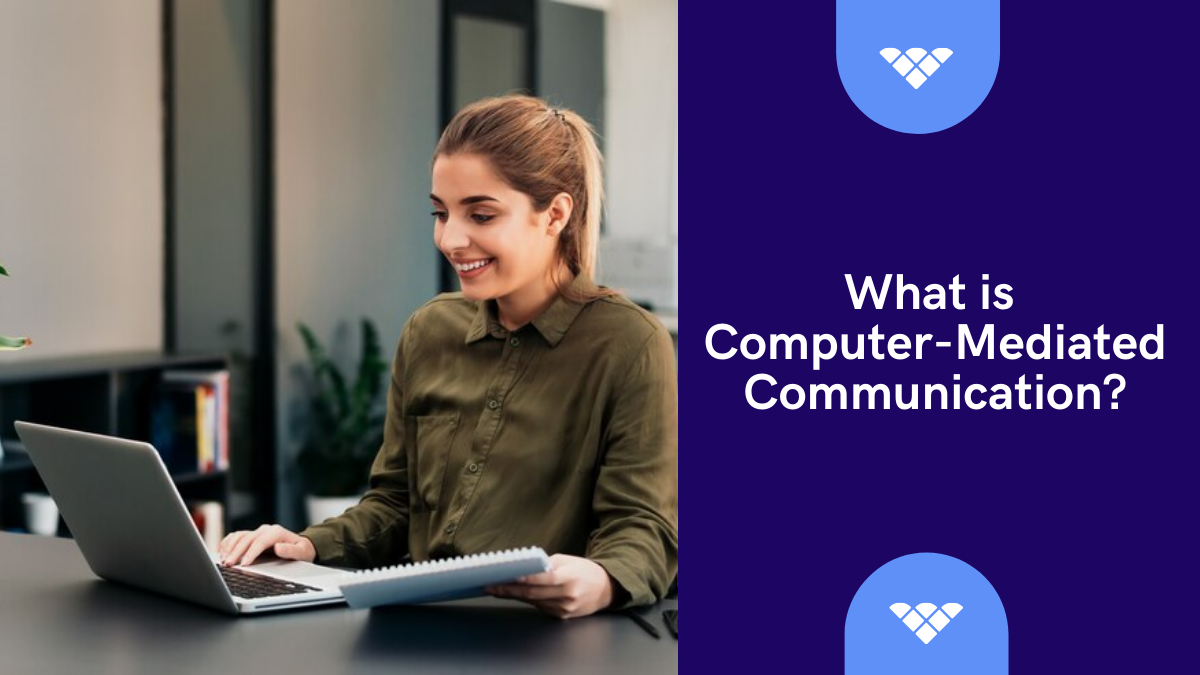 In general, computer-mediated communication (CMC) is a type of digital contact that bridges geographical divides. It enables people to work together regardless of their location. People can exchange written documents and edit them, broadcast them, duplicate them, and make them available to others using this technology. Programming unique functions that allow two or more participants to cooperate on projects are among the capabilities of computer-mediated communication. They can also consult on crucial issues or request support in an engaging manner. CMC bridges the gap between people and places by allowing them to connect and work over long distances. It allows users to share and edit textual documents in real-time, broadcast and copy them, and communicate data and messages. Furthermore, CMC alters people’s connections and identities in online groups. Its benefits include making collaboration easier and opening up new avenues for self-expression and personal development. It’s a fantastic method to meet individuals from all over the world.

Effect of CMC on Humans:

The impact of computer-mediated communication on numerous elements of human connection is also significant. Scholarly research has looked into how people form impressions, deceit, and social dynamics. Computers’ medium for interpersonal communication can also be used for business. Women, for example, have gotten more comfortable conversing on Facebook in some cultures, while fewer women use mobile phones in others. These innovations make it easy to share photos and movies on the Internet, and they also allow people to communicate with strangers from different cultures.

Which are the Types of CMC?

How Does CMC Work?

CMC enables users to speak with others from all around the world. It allows them to share ideas and work together on a project. They can send and receive messages using their computers, and they can even share written papers, edit them, and broadcast them. They can send and receive data across great distances quickly and affordably. It lets two or more individuals collaborate on a paper, confer on a pressing issue, or even seek aid in real-time. People have been able to cooperate across long distances while exchanging written papers and delivering data because of its utilization. It also enables users to communicate quickly, easily, and inexpensively. People had to overcome physical barriers to communication in the past.

A computer-mediated communication system (CMCS) is a digital device that enables two individuals to communicate in a variety of ways. Personal computers, cell phones, smartwatches, and other digital devices are examples of this technology. It’s also a way for people to communicate with each other. Public dialogue is created via the generation of digital documents and data. It’s much more popular on social media sites. Any written document can be exchanged, stored, edited, broadcasted, and copied. They have the ability to transfer data and communications instantly, easily, cheaply, and over large distances. CMC has the potential to improve learning by promoting intelligible and contextualized dialogue, learners’ self-correction, and collaboration. Blogs and chat rooms are examples of computer-mediated communication tools.

What are CMC Tools?

It saves both time and money, and if two parties wished to communicate in the past, they had to either exchange letters or physically move people back and forth. Mail takes days to arrive, and the expense of flying someone across the country is prohibitively expensive. With respect to the vertical hierarchy in social connections and organizations, software for electronic communication is blind. People’s status, authority, and prestige are not communicated in the same way they are in face-to-face circumstances once they have technological access. As a result, charismatic and high-status individuals may have less impact, and vice versa. Offering some anonymity that removes stereotypical categories lets people feel less inhibited about discussing their views, opinions, and feelings about specific subjects, which stimulates more participation and contribution from those who might normally be terrified.

1. Barriers to computer or technology use; difficulties in gaining access to the technology.
2. It takes longer to complete.
3. Regulating Feedback is missing, as are socio-emotional and nonverbal cues. Head nods, smiles, eye contact, distance, tone of voice, and other nonverbal behavior provide speakers and listeners with information they can use to govern, modify and control exchanges in face-to-face communication. Electronic communication may be ineffective in resolving coordination issues, such as informing another person that you already know what he or she is explaining. It may be difficult to coordinate and comprehend messages if there is no social input. Because there is no informative feedback between speakers and listeners in computer-mediated communication, people are unsure when their ideas are understood or accepted, and as a result, everyone believes they must exert effort. Because it takes more work to be understood, computer-mediated communication takes longer.

4. A lack of genuine human interaction exists in electronic communication and has the appearance of being impersonal. Communicators must visualize their audience because, at a terminal, the computer practically appears to be the audience. Depersonalized messages invite bolder or more unrestrained text and, in turn, more aggressiveness. When it comes to unrestrained verbal conduct, which is defined as the frequency of remarks comprising profanity, insults, name-calling, and aggressive comments, people in computer-mediated groups are more uninhibited than people in face-to-face groups. Observable social structural artifacts and communication itself, especially nonverbal involvement, make rules and social standards more salient when using face-to-face communication. Electronic messages carry fewer historical, contextual, and nonverbal indications. This condition, in which personality is undervalued, may lead to feelings of depersonalization. Furthermore, computer use is engrossing and encourages quick responses, which may lessen self-awareness and intensify the sensation of being buried in the machine.

What is the Mechanism of Computer-Mediated Communication?

Computer-mediated communication (CMC), in which people communicate with one another using computers and networks, allows people to converse across long distances and time zones, saving time and money. In-person communication is limited by geographical limits.

What is the Significance of Computer-Mediated Communication?

What are the Different Modes of Computer-Mediated Communication?

Computer-mediated communication (CMC) is an umbrella word that refers to a variety of modes of communication that take place over a networked computer, such as videoconferencing, phone calls, email messages, and much more. When speaking to another person, maintaining eye contact is one of the most efficient methods to establish a positive impression.

Computer-mediated communication eliminates geographical barriers to communication, allowing for collaboration over long distances. Messages can be broadcasted to groups of any size, and additional operations like automated copying to a pre-defined distribution list can be programmed. Data and messages can also be sent for relatively little money and over large distances and serve to confirm its use in the commercial and educational worlds.