What Is Communication Style? 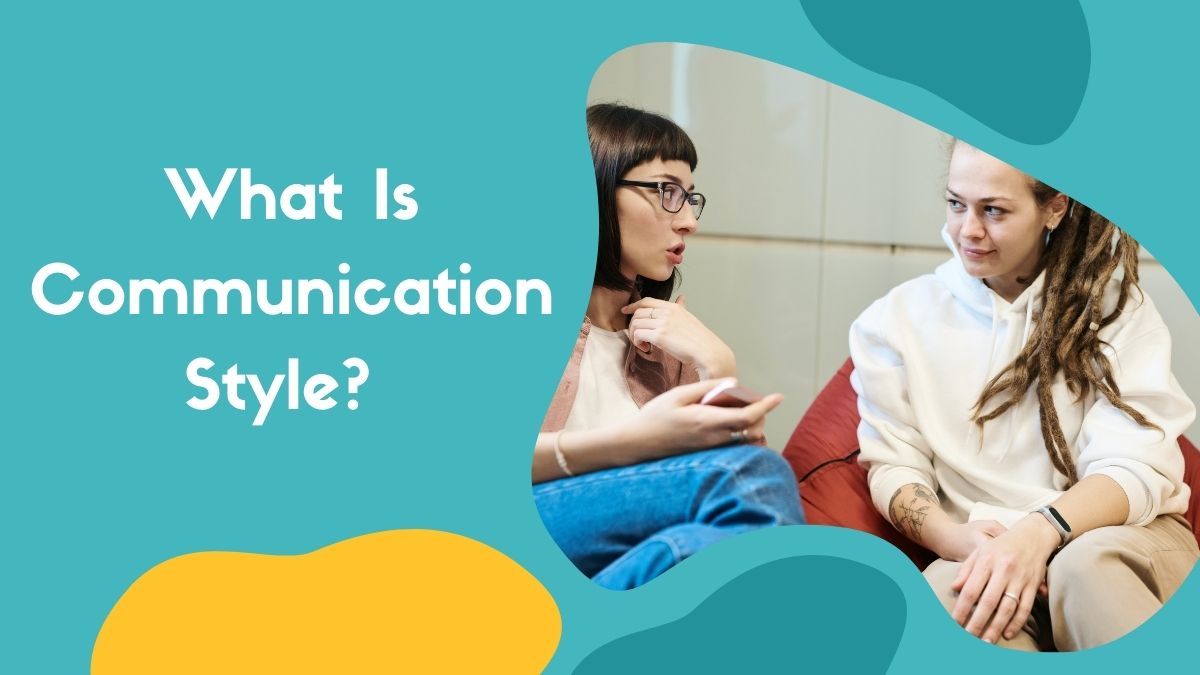 The forceful communication style, for example, has been proven to be the most effective since it combines the best features of all the other forms. When we break down these four types, we’ll gain a deeper understanding of their qualities, typical phrases, and what distinguishes them.

What Is Passive Communication Style?

Individuals who communicate in a passive manner frequently act indifferently and submit to others. Passive communicators rarely express their feelings or want, instead of relying on others to do so. A passive communicator’s lack of outward communication can frequently result in misunderstanding, rage, or resentment. At the same time, when a problem emerges, these communicators may be safer to converse with because they will most likely avoid confrontation or defer to others.

Take a straightforward approach. Begin one-on-one conversations, as they are generally more comfortable for a passive communicator than in group settings. Inquire about their thoughts. Give them plenty of time to consider their responses.

Use a broad vocabulary. Avoid asking questions that can be answered with a simple “yes” or “no.” Long silences should be tolerated, as passive people typically take their time deciding what to say.

What Is Aggressive Communication Style?

Speaking in a loud and demanding tone, maintaining intense eye contact, and dominating or influencing others by accusing, frightening, criticizing, threatening, or attacking them are all examples of aggressive communication.

Aggressive communicators frequently give orders, ask harsh questions, and neglect to listen to others. They can, nevertheless, be regarded as leaders and command the respect of others around them.

The following are some phrases that an aggressive communicator might use:

When working with an aggressive communicator, consider the following strategies:

What Is Assertive Communication Style?

An assertive communication style enables an individual to reach goals without hurting other people. It also recognizes the rights of others and knows how to express their thoughts and feelings. Assertiveness means making choices and taking responsibility for them. It involves asking for what you want directly. It also includes expressing your needs in ‘I’ statements and allowing for disagreement. An assertive communicator is the most common style of communication.

How to Become an Assertive Communicator?

Assertiveness is a characteristic of a person with high confidence. An assertive communicator is usually straightforward and honest in their opinions. They are not easily influenced and respect other people’s perspectives. However, they are not likely to listen to an argument without considering the other person’s perspective. Assertiveness is best suited for those with equal entitlement. An aggressive communicator is not easily influenced by others and will be frustrated if their teammate does not listen to his or her point of view.

Assertive communication is an introverted style, usually accompanied by an informal setup. Assertive communicators tend to be blunt, don’t hide their intentions, and don’t like to be swayed. While they don’t like to argue or feel under pressure, they respect others’ opinions and will often avoid provoking situations that cause anger. They’re good at letting others know their views, but if they don’t, they may end up feeling frustrated or even angry.

What Is Passive Aggressive Communication Style?

On the surface, passive-aggressive communicators appear docile, yet their activities are generally motivated by more aggressive motives. While their words may appear nice, their deeds do not always match their words.

The following strategies can be used by passive-aggressive communicators:

Recognize and confront undesirable behavior. Directly confront them about their actions. If your dialogue fails to yield results, consider involving management. Inquire about their opinions. In one-on-one situations, ask them for comments directly to try to generate honest conversation.

Which Communication Style Is the Best?

If you’re an assertive communicator, you’ll be easy to talk to. You’ll be able to hold a conversation with them, and they’ll be respectful of your opinions. They don’t like to feel disrespected and will be frustrated if they don’t feel that they’re being heard. Assertive communicators have a strong desire to respect others, and they’re often confident.

Assertive people are highly confident. They’re not easily intimidated and may appear to be cooperative. But they’re not likely to be cooperative and will irritate others. Assertive people will be reluctant to listen to other people unless they feel that they’re being mistreated. They don’t like being belittled. And they’ll never get respect if they don’t feel that they’re being disrespected.

The personality type of an assertive person is highly confident and respects others. Assertive people have a hard time bending under pressure and will demand to be heard. Usually, an assertive style is characterized by honesty and sincerity. Assertiveness is the most effective communication style, but it can also be a sign of being submissive. It’s difficult to be a passive personality, and this isn’t the case in all cases.

Assertiveness is a subtype of passive communication style. Assertiveness can be a good thing if you’re confident. Assertiveness makes it difficult for others to be assertive and is not healthy in any relationship. But, it’s important to remember that if you are in a position of power, you are in control. You’ll always be able to control your emotions and avoid conflicts with an assertive person.

How to Develop Assertive Communication?

Practice and self-awareness can help you develop and improve your communication abilities. In a professional setting, assertive communication is widely viewed as the most productive and desired communication style.

Consider the following recommendations to help you develop your forceful communication skills:

What Are the Challenges of Different Communication Styles at Work?

It can feel like working in the Tower of Babel when you’re part of a team with a variety of communication methods. God punished the Babylonians for attempting to build a building that would reach the heavens by making them speak separate languages, according to the tale of Babel. They were unable to complete the Tower because they could no longer communicate with one another.

Even if everyone speaks the same language at work, employees who are used to various communication methods may have difficulty understanding one another. It can be difficult to get even the most basic message across in such a setting, and thus to get anything done.

Communication in the workplace is critical to the success of any endeavor. According to some studies, 86 percent of employees believe that poor communication is the leading cause of workplace failure. The truth is that no one wants to stifle communication. They frequently emerge as a result of clashing styles among coworkers, which can create a slew of problems.

Misunderstandings might arise as a result of the disparities between these styles, resulting in costly mistakes and missed deadlines. They have the potential to clog company workflows, making it impossible to progress to the next stage and complete a project.

Because colleagues don’t understand one other’s motives or misinterpret each other’s statements, different ways in which employees interact can cause workplace conflict, confusion, and stress. People may feel frightened, outraged, or undervalued in some instances.

This can have a negative impact on a company’s personnel retention, customer relationships, internal processes, sales, and so on in the long run. Any organization’s teams must work together to bridge these gaps, comprehend diverse communication styles, and establish common ground in order to perform at their best.

Assertiveness means you can express your opinion directly. This kind of person is easy to communicate with. Assertiveness is a sign that the person is not easily influenced. Assertiveness is the best communication style for a strong, independent person. The latter will be able to influence other people if he is assertive. The two are complementary. So, it is important to understand which one is better for the other.

In other words, passive-aggressive people don’t like to express themselves. They don’t want others to know about their needs. They will avoid confrontation if they feel it’s uncomfortable. This type of person can be passive-aggressive, and may even be insensitive. It is very difficult for people to understand their feelings. They will also be hesitant to communicate with a passive person.