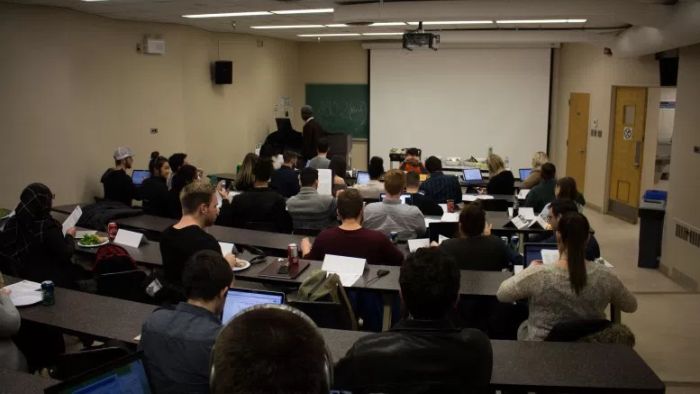 The UMSU council unanimously approved a motion encouraging its members to help increase the number of student signatures on petition E-1524, at its regular council meeting.

International students and their paths are kept for the status of permanent residence (PR). This petition (made by Sally Lin who Vice President of the Alma Mater Society of British Columbia) addresses to the amendment in the Eligibility Guidelines, Immigration, Refugees and Citizenship Minister Ahmad Hussain under the Canadian Experience Class (CEC).

UMSU Chairman Tanjeet Nagra said that Manitoba’s major international student body university together with the undergraduates of Canadian research-intensive universities (UCRU), together with United’s member, to accelerate the efforts to increase the number of signatures on the petition motivated the executive.

UCRU is a group of eight undergraduate student associations in Canadian research-intensive universities. Every year, a UCRU delegation meets with members of parliament and policymakers on Parliament Hill to discuss and advocate on behalf of the more than 235,000 students under its purview.

“Currently [international students] are disadvantaged,” Nagra said. “For example,” she added, “an Asper student that is on a co-op term cannot use that work term towards their application for a PR.”

The petition will remain open until June 16.

The Science Students Association has continued a referendum question on opt-out for Manitoban Levi, which is currently $ 12.19 per student per year.

The UMSU Governance and Operations manual says that a referendum proposal is not proposed and not presented by the executive. As a petition from university students should be considered in the Council for at least 1,000 signatures.

On Feb 15, following a motion moved by UMSU Science representative Navkiran Chinna said to UMSU council on March 15, the councilor presented her association’s petition now with over 1,000 signatures.

UMSU officials said they would now try to validate the petition.