Best Colleges on the East Coast 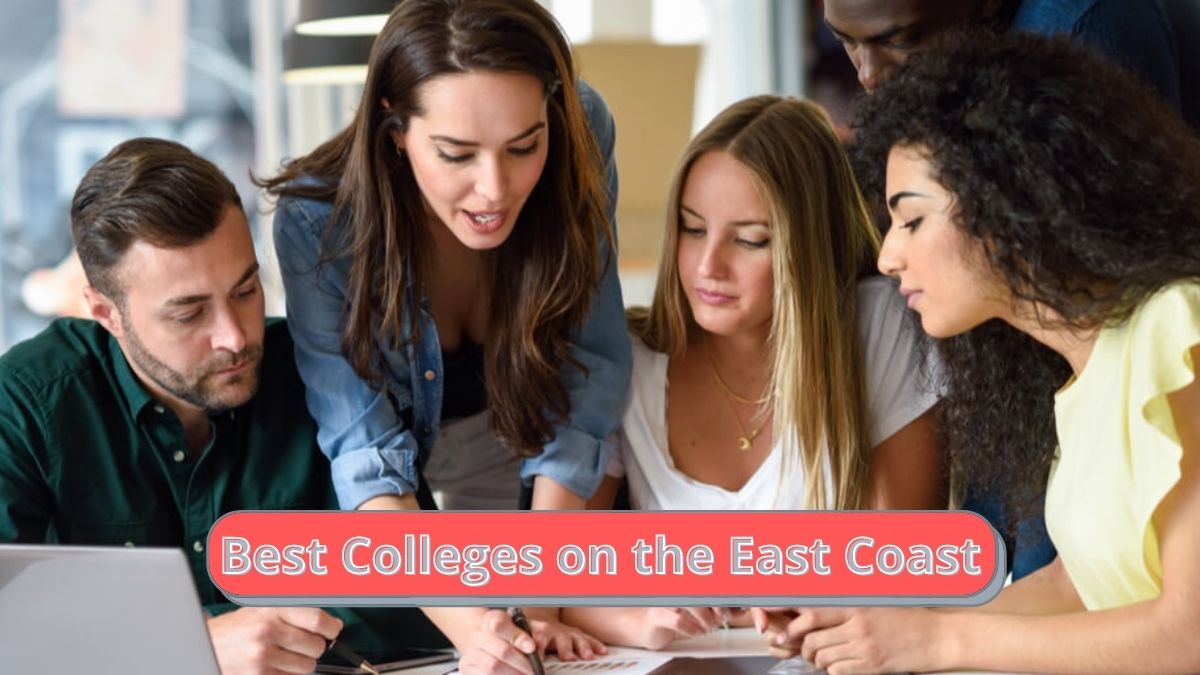 Higher education is an important aspect worldwide, but in some countries like the United States, it is an optional stage of formal learning after secondary education. This type of education is also known as post-secondary education, third-stage, third-level, or tertiary education. Higher education is delivered at degree-granting institutions known as colleges or universities. There are different colleges/universities like a public or private universities, liberal arts colleges, community colleges, or for-profit colleges. Educational institutions in the United States of America offer various educational venues, and some emphasize a vocational, business, engineering, or technical curriculum, whereas others emphasize a liberal arts curriculum. Many colleges or universities combine some or all of them, making them comprehensive universities.

Almost all of these institutions are co-educational based on a dramatic transition in the 1970s when most men’s colleges started to accept women. There are many colleges and universities located all around the United States of America, and the following is a list of some of the best located on the east coast of the country:

Columbia University is one of the most popular and most important centers of research in the world. At the same time, this University is also a distinctive and distinguished learning environment for undergraduates and graduate students in many scholarly and professional fields. Overall, the Columbia University recognizes the importance of its location in New York City and seeks to link its research and teaching to the vast resources of a great metropolis. Its mission statement is to attract a diverse and international faculty and student body, support research, teach global issues and create academic relationships with many countries and regions. Columbia University is a private Ivy League research university in New York City and was established in 1754 on the grounds of Trinity Church in Manhattan, Columbia. This University’s net worth stands at $11.26 billion in 2020, which is among the largest of any academic institution. Now, Columbia’s alumni, faculty, and staff include five Founding Fathers of the United States, among them a co-author of the United States Constitution and a co-author of the Declaration of Independence, three U.S. presidents, 29 foreign heads of state, ten justices of the United States Supreme Court, 96 Nobel laureates; five Fields Medalists; 122 National Academy of Sciences members; 53 living billionaires; eleven Olympic medalists; 33 Academy Award winners; and 125 Pulitzer Prize recipients.

Massachusetts Institute of Technology, commonly known as MIT, is driven by a shared purpose to make the world a better place through education, research, and innovation. They are known to be fun, quirky, elite (but not elitist), inventive, artistic, obsessed with numbers, and welcoming to talented people regardless of where they come from.MIT is profoundly American-founded to accelerate the nation’s industrial revolution. MIT graduates have invented fundamental technologies with ingenuity and drive, launched new industries, and created millions of American jobs. Simultaneously, this educational institute is profoundly global without the slightest sense of contradiction. MIT’s community gains tremendous strength as a magnet for talent worldwide and pursues its mission of service to the nation and the world through teaching, research, and innovation. Incorporated in 1861, this institute’s motto is “men’s et manus” (“Mind and hand”), and it is located in Cambridge, Massachusetts, the USA, with a campus sized 166 acres (0.67 km2). MIT alumni, students, and staff include 96 Nobel laureates, 59 National Medal of Science winners, 29 National Medal of Technology and Innovation winners, 77 MacArthur Fellows, and 15 A. M. Turing Award winners.

Duke University’s current statistics involve 6,542Undergraduate Students, 9,009Graduate & Professional Students, and 15,551Total Students. The average Undergraduate Tuition (2020-21) is $55,880, whereas the total (including tuition, room and board, fees, supplies, books, personal expenses) (2020-21) is $78,828. More than half of the students in this University received aid. Some of the best undergraduate majors at Duke University are Computer Science, Economics, Public Policy, Biology, and Biomedical Engineering. Founded in 1924, Duke University was created by James Buchanan Duke as a memorial to his father, Washington Duke. Since its establishment, Duke University became one of the top-ranked universities in the United States, with undergraduate admissions among the most selective in the country. This University spends more money researching most other universities in the country, and its researchers are among the most frequently cited. Duke University alumni include 15 Nobel laureates, 3 Turing Award winners, 50 Rhodes Scholars, 25 Churchill Scholars, 13 Schwarzman Scholars, and 8 Mitchell Scholars.

Harvard University is at the frontier of intellectual and academic discovery. People who venture here to research, learn, work, teach and grow join nearly four centuries of scholars and students in the pursuits of knowledge, truth, and a better world. Harvard focuses on creating opportunities for people from many lived experiences as a research university and nonprofit institution. This University was established in 1636 by John Harvard, and since then, 23,731students have studied at Harvard. More than four million HarvardX participants are involved globally, and more than 400,000 alumni are working worldwide. In the 2020 fiscal year, $645 million was granted in financial aid and scholarships. Lawrence S. Bacow is the current and 29th President of Harvard University. He is known to be one of the most experienced leaders in American higher education, known for his commitment to expanding student opportunity, advancing academic innovation, and encouraging universities’ civic engagement and service to society.

Yale University was founded in 1701. Since then, it has been dedicated to expanding and sharing knowledge, preserving cultural and scientific information for future generations, and inspiring innovation among all students. Yale has a reach both within the United States and in international countries. Yale University’s partners with its hometown of New Haven, Connecticut, strengthen the city’s community and economy. Furthermore, this University engages with institutions and people across the globe in the quest to promote cultural understanding, improve the human condition, delve more deeply into the secrets of the universe, and train the next generation of world leaders. The current and overall 23rd president is Peter Salovey, along with the other leaders who guide theUniversity.Yale University, a private Ivy League research university, is organized into fourteen constituent schools: the original undergraduate college, the Yale Graduate School of Arts and Sciences, and twelve professional schools.

The University of Pennsylvania has a proud tradition of translating knowledge into social-minded action that dates back to its founder Benjamin Franklin. This University’s academics are boosted by its inherent culture and ecosystem of innovation. Penn has a cutting-edge facility, and both faculty and students play a major role in it. Penn offers students an unmatched education informed by research, inclusivity, intellectual rigor, and the impetus to create new knowledge grounded in the liberal arts and sciences and enriched by the integrated resources of four undergraduate and 12 graduate schools to the benefit of individuals and communities around the world. Founded in 1740, Penn now has a total of 4,722 faculty members with a 6:1Student-Faculty Ratio. Penn is dedicated to implementing environmentally conscious policies and promoting a sustainable culture. Penn has a history that dates back to 1740 as America’s first university and shares many ties with the colonial city of Philadelphia and the birth of the nation.

Brown University is a leading research university distinct for its student-centered learning and a deep sense of purpose. Its students, faculty, and staff are driven by the idea that their work will impact the world. Brown University was founded in 1764, and since then, it has become a place where the curiosity, creativity, and intellectual joy of students drives academic excellence. The spirit of the undergraduate Open Curriculum infuses every aspect of the Brown University. It is a place where rigorous scholarship, complex problem-solving, and service to the public good are defined by intense collaboration, intellectual discovery, and working in ways that transcend traditional boundaries. Brown University’s home has been in Providence, Rhode Island, for more than two centuries. It is a vibrant place to live, work, and study, as it is a stimulating hub for innovation and a city rich in cultural diversity. The current statistics of this University include 7,043undergraduate students, 2,629graduate students, 585medical school students, 6,000summer visiting and online students, and 816full-time faculty.

Bowdoin College is more than just a college as it is also an idea that if you give smart, kind, young people access to one of the best educations on earth, they will use it to create good in the world. Bowdoin College is historic, selective, and rigorous, but most importantly, it was founded and endowed with the belief that there is something bigger than ourselves. This college strives to do the right thing by building a curriculum that stretches what is expected of the liberal arts. For Bowdoin College, working for equality, diversity, and inclusion in its coursework, staffing, student body, and financial priorities are important aspects. Along with that, researching and protecting its environment from the coastal ecosystems surrounding and sustaining the University to the humid jungles and Arctic poles that inspired some of its earliest students is a priority. Bowdoin College alumni include scholars, writers, judges, entrepreneurs, business leaders, scientists, activists, tech giants, farmers, diplomats, artists, and conservationists.

Dartmouth College was founded in 1769 and is currently a member of the Ivy League and consistently ranks among the world’s greatest academic institutions. This college has forged a singular identity for combining its deep commitment to outstanding undergraduate liberal arts and graduates education with distinguished research and scholarship in the Arts and Sciences and its four leading graduate schools, namely Thayer School of Engineering, the Geisel School of Medicine, the Guarini School of Graduate and Advanced Studies, and the Tuck School of Business. Dartmouth College’s mission is to educate the most promising students and prepare them for a lifetime of learning and responsible leadership through a faculty dedicated to teaching and creating knowledge. The college’s full Mission, Core Values, and Legacy statement were adopted in May 2007. Admission to Dartmouth is need-blind for all U.S. citizens, permanent residents of the U.S., undocumented students in the U.S., and persons granted a refugee visa by the U.S. government.