The Theory of Intercultural Communication and Its Benefits 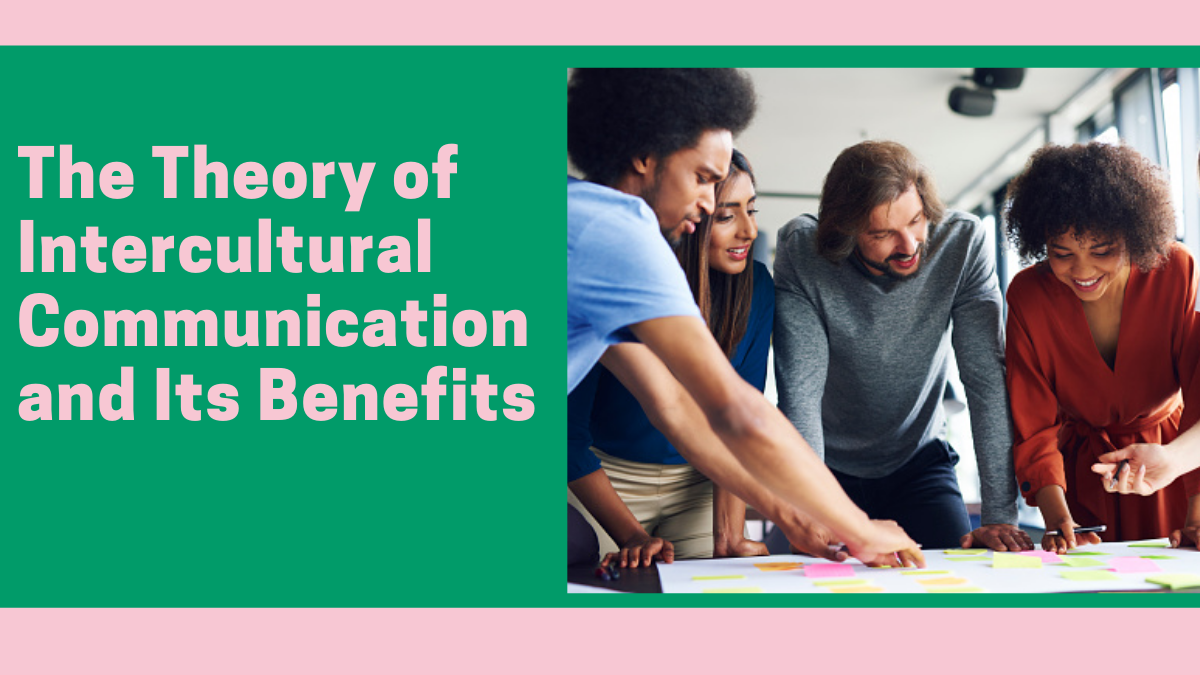 2. What Is the Importance of Intercultural Communication?

. Mark P. Orbe, a sociologist at Harvard University, developed the eco-cultural framework to understand differences in communication. If the differences are large, this can make it difficult to communicate effectively. In this case, the other party may need to interpret the message or use a third party to do so.

Understanding that various cultures have distinct social traditions, thought processes, standards, and customs are important for studying intercultural communication. It also requires a little awareness of institutions and organizations, ways of living, and the history and cultures of different countries and communities.

3. What Are the Theories of Communication?

This concept is based on studying the behavior of a person from a foreign culture in order to describe and compare it to that of other cultures. It also looks at how people alter their communication with others depending on who they’re talking to in different settings. For example, we might relate a story to our best friend in a different way than we would to our grandma.

Interpretive approach: This theory emphasizes the accumulation of cultural information through communication in the form of shared stories based on subjective, personal experiences. The focus is on intercultural communication as it is utilized in specific speech communities; hence ethnography is important.

Cultural vs. individual, personal vs. contextual, differences vs. similarities, static vs. dynamic, history vs. past-present vs. future, and privilege vs. disadvantage are the six dichotomies examined in this method. We may avoid putting things in either-or dichotomies by taking a broader approach and admitting the tensions that must be managed by using a dialectical method to think about culture and intercultural communication in complicated ways.

Critical thinking: This method looks at civilizations in terms of their differences from the researcher’s own culture, as well as how different cultures are portrayed in the media. The critical approach is multidimensional and complicated, resulting in a comprehensive understanding of intercultural communication.

4. What Is Effective Intercultural Communication?

5. The Benefits Of Intercultural Communication?

Today’s global communications networks bring people from all over the world together. These people have different social cues and communication styles. As a result, modern organizations must learn how to effectively communicate with their customers in a culturally appropriate manner. However, it’s important to understand that cultural assumption and language barriers can cause important messages to be lost in translation. Therefore, the key to effective communication is to consider cultural differences when interacting with other cultures.

6. What Is the Significance of Intercultural Communication?

The modern communication network has brought people from all over the world together. Each person is unique and will learn different social cues and communication styles. As such, modern businesses and organizations must learn to communicate with customers across cultures. Incorrectly translated messages can lead to misunderstandings and lost opportunities. For this reason, intercultural communication is vital for the health of your organization. You’ll be able to overcome these problems with a clear message and the correct language.

The language and culture of different countries are different. As a result, they learn to recognize cultural differences. For example, gender and regional sayings can have a profound impact on communication. If you’re not sensitive to these differences, you may end up making mistakes or coming across as awkward. If you’re not sensitive, you’ll end up wasting time trying to understand another culture.

If you’re planning to conduct business with people from other cultures, you’ll need to learn how to communicate effectively with them. This can be difficult because there are so many cultural differences between groups and languages. In addition, it’s easy to make assumptions about how people in other cultures speak and think. This leads to miscommunication and could lead to offense. For this reason, it’s important to learn how to communicate with others across cultures.

7. What Are the Setbacks in Intercultural Communication?

If you’re communicating with people from other cultures, it’s important to understand what makes them unique. When you’re communicating with people from other cultures in a multicultural team, you should try to avoid assumptions about the other’s culture. If you don’t, you might end up offending them, which is the last thing you want. Instead, you should be learning about different cultural values and how they influence your workplace.

In addition to avoiding common misunderstandings, it’s important to learn how to communicate with people of different cultures. For instance, you can’t assume that other cultures are exactly the same. The same applies to people who are living in different locations. Assuming that different cultures are alike isn’t the same means of communicating, but the two parties should respect each other’s cultural values. If you don’t, you might end up offending someone in the process.

Intercultural mediation entails numerous forms of communication between representatives of various linguistic cultures. Foreign speakers (e.g., Americans and Hungarians) conversing in a common language (e.g., English) are also considered intercultural mediators because they mediate inside their own lingual culture. Intercultural mediation can also be seen in the form of tourist guides who lead foreigners on tours.

Using a Variety of Channels to Communicate

Subconscious aspects in communicative behaviors and habits: As a sort of greeting, Chileans hug and kiss strangers to shorten the space between them and them. In China or India, however, the same greeting is regarded odd. As a result, Chileans find it easier to welcome Americans or Germans in their native tongue.

Healthy communities, enhanced international, national, and local trade, less conflict, and personal growth via increased tolerance are the four key benefits of intercultural communication. First and foremost, the advantage of healthy communities is critical because different cultures and ways of thinking may undoubtedly contribute in significant and beneficial ways to a community if only to make a city, town, or neighborhood more interesting and less dull. Furthermore, the personal benefit of enhanced tolerance goes hand in hand with the benefit of healthy communities.