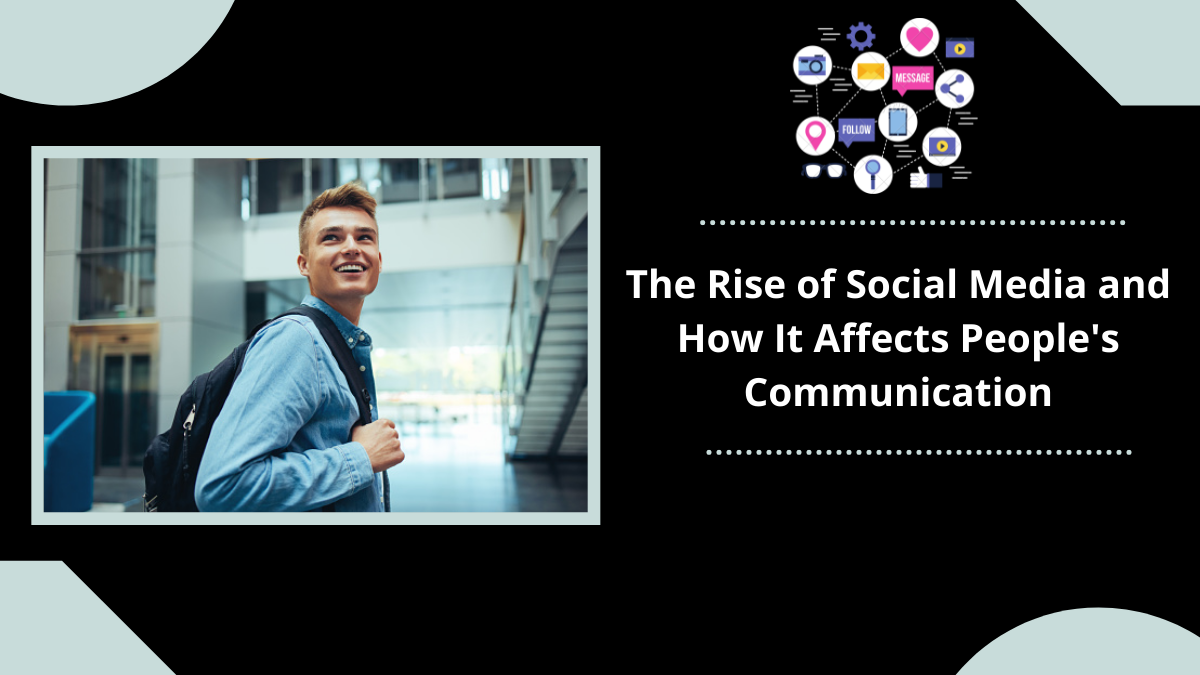 Social media is a potent communication tool with significant influence in urban and rural locations. However, we are just witnessing a portion of the digital revolution. Not only has digital transformation impacted businesses and made the globe more accessible, but it has also altered how we communicate. Furthermore, there are around 4.5 billion internet users worldwide now. These figures demonstrate the increasing importance of digital media in our daily lives.

1. The Rise of Social Media

Facebook, the world’s most popular social networking platform, has 2.4 billion users. Youtube and Whatsapp, two other social media services, each have over one billion subscribers. These are massive numbers: the world’s population is 7.7 billion people, with at least 3.5 billion of us online. This indicates that one-third of the world’s population and more than two-thirds of all internet users utilize social media sites. The world has altered as a result of social media. These tools’ quick and widespread adoption transforms how we meet partners, access news, and organize to demand political change.

The rise of social media has dramatically changed the way we communicate. We can easily see this in the rapid spread of news. The Amazon Rainforest fire, for example, was quickly reported around the world with the help of a single post. The fire’s viral reach was widespread on several social media platforms, causing panic among the public. And even the least socially-inclined person can quickly make friends, share photos, and send messages.

2. The Evolution of Social Media

The internet’s expansion permitted the launch of online communication services such as CompuServe, America Online, and Prodigy in the 1980s and 1990s, according to “The History of Social Networking” on the technology news site Digital Trends. Email, bulletin board messages, and real-time online chatting introduced individuals to digital communication. Starting with the short-lived Six Degrees profile uploading service in 1997, this gave birth to the first social media networks.

In 2001, Friendster was launched as a replacement for this program. Millions of people used these rudimentary services, which allowed for email address registration and basic internet networking.

3. How Does Social Media Effects Communication?

The primary goal of social media’s creation was to facilitate communication. The aim appears to have been fulfilled from the outside, but in retrospect, the communication’s essence appears to have been lost. Although the pace of communication has improved, the reliability of the same has decreased dramatically. The amount of fake news being circulated is growing by the day. Social media interactions dominate both online and offline talks in our technological age. People are getting sluggish due to accessible person-to-person communication via social media. According to studies, 11% of individuals prefer to stay at home on weekends and post on Facebook rather than going out and gaining real-life experiences. People’s interest in them is waning.

The chances of having good, meaningful talks are dwindling by the day. Short versions of messages like kk, ttyl, and cus degrade the beauty of the language while also failing to do honor grammar and syntax. Overuse of social media also leads to a reduction in one’s ability to learn new things. Interactions on social media sites can be deceptive and vague at times, leading to huge misunderstandings. People also become accustomed to sitting alone, which reduces or degrades their creativity and significantly impacts their ability to think.

Facebook, Instagram, and Twitter may have provided us with many online pals. But what about the people we interact with daily? Longer distances may have been reduced, but people who were once close are now drifting apart. Instead of communicating with their real friends, people prefer to communicate with their Facebook friends.

Face-to-face contact is the most significant and fundamental form of general communication. Still, it has waned in prominence due to social media, leading to a deterioration of moral norms in society. All of the actual emotions have now become abstract. People’s interest in natural and actual things is dwindling, but their attraction to fictional things is expanding at the same rate.

5. How Has Social Media Emerged as a Communication Hindrance?

In addition to making people feel closer to each other, social media also helps us learn more about other people. We can interact directly with others, ask them about their lives, and observe their interactions. The rise of social media has transformed those three strategies. Unlike face-to-face communication, online communication has no such advantage. However, it has created the fourth strategy of communication: group communications. Previously, this was difficult to coordinate with a large number of people. Now, online platforms have made interacting with large groups of people easier.

In addition to social media, the rise of social media has also changed our perception of what is “normal” and “normal.” While social media allows us to stay connected and in touch with our peers, it has also shifted the way we relate with others. Today, people no longer talk to one another face to face, and in addition, they are unable to maintain healthy relationships, and it is now the norm for many people.

These types of networks are increasingly influencing the way we communicate, and the lack of communication skills in the workplace has led to an increase in ‘antisocial’ behaviors. While social media has facilitated global connections, it has also made people less social. In addition to allowing people to interact with more people, it has increased antisocial behavior. It is now common to see people in situations where they can’t socialize due to their addiction to social media.

6. What Are the Problems Caused by Social Media?

Social media can cause several problems for our communication. As a result, people tend to become more antisocial than ever. They have less time to interact with their associates, and they cannot participate in social situations. It has also become an essential source of procrastination, especially among children. And this harms our society. So, how can we deal with it?

There are several adverse effects of social media. One of them is that it has reduced the quality of our relationships and interactions. In addition, people have become more socially awkward and unable to communicate with others. This lack of communication can lead to many serious problems. In addition to the above, we are more reliant on social media and its adverse effects. It can lead to a generational gap, which can cause us to miss out on meaningful conversations with people.

There are also negative consequences of social media. We are more likely to communicate with people we have met online in the past. Using social media in a professional setting can result in laziness, the opposite of what we should be doing in social situations. Social media users can lose their manners and become more aloof in the workplace. As a result, they tend to come across as cold as they should.

Despite the negative impact of social media, there are still positives. While it has become an integral part of our daily lives, the downside is that people are increasingly antisocial. While using social media is a great way to connect with your friends, it also has many negative consequences. If you aren’t a good communicator, you may not connect with others.

With the rise of globalization and industry, we must communicate more quickly and be more exact in our time management. These are the primary reasons why we must pay attention to social media. When utilized responsibly, social media may be a boon to humanity. Regulating and restricting the use of social media can lead to communication that is a lot faster, smoother, more effective, and more dependable. On the other hand, if the current misuse of social media continues, the heart of the communication notion will be damaged, and it may never be repaired.