The Concept of Identity Management in Communication 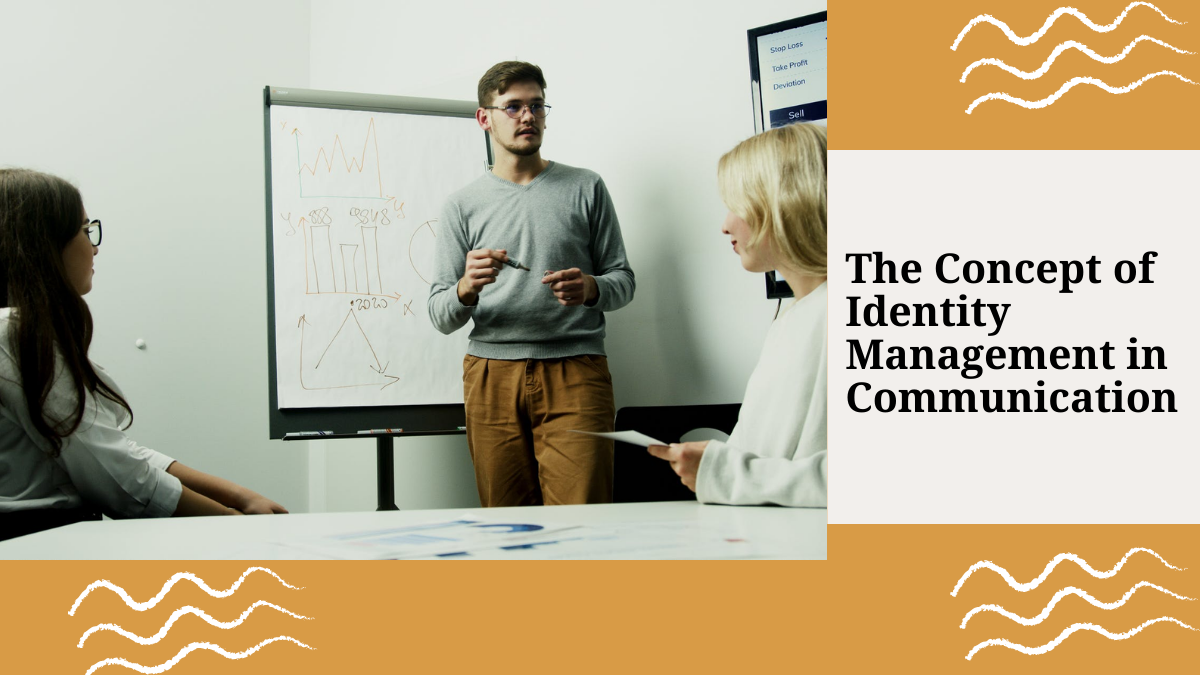 IMT, or Identity Management Theory, was first proposed in the early 1990s. Individuals see their personalities differently at various periods in time and space, according to this theory. IMT was created by William R. Cupach and Tadasu Todd Imahori in response to Erving Goffman’s 1967 book ‘Interaction Ritual: Essays on Face-to-Face Behavior.’ Goffman’s book is greatly influenced by IMT. Goffman discusses an individual’s self-image while engaging with another human. This identity is not everlasting, and social conditioning has a significant impact on it; yet, it is the picture that the individual can anticipate to portray in the future. Based on how a person adapts and understands himself in relation to the social environment. According to Cupach and Imahori, being capable of communicating necessitates the ability to “effectively negotiate mutually accepted identities in engagement.”

The Importance of Identity Management in the workplace

Identity management in interaction is a crucial subject to grasp and apply in any business. It entails employing technology to manipulate and control other people’s actions. In the case of enterprises, this entails affecting their target market as well as the personality of their consumers. In the field of technology, the employment of innovation and communication techniques is critical to a company’s success. Certain features of identity and access management, on the other hand, may not be readily apparent to a small – business owner.

Information management is the most effective technique to connect with employees and other stakeholders. It’s used to communicate better and give authorized users remote access to information. When communicating with people from diverse cultures, identity management is equally crucial. For example, if a company’s leadership includes people from many cultures and ethnicities, this may have an impact on the company’s ability to perform business. Businesses can decrease the time and cost of manually adjusting access credentials by automated system permissions and offboarding individuals.

‘Intercultural communication’ and ‘intracultural communication’ are also mentioned by Cupach and Imahori. Participants from various cultures are represented in the first, whereas people from the same community are represented in the second. Stereotypes are frequently used as a result of a lack of understanding of different cultures. This is, however, a life-threatening situation. Intercultural competence, on the other hand, requires the ability to manage differences.

There are three phases that must be performed in order to create intercultural partnerships. The first is ‘trial and error,’ which involves looking for similarities in the individuals’ places of interest and attributes. The second step is mixing up,’ which entails creating a relational personality that is satisfactory to both parties. The final step is to restructure separate cultural identities while keeping relational identity in mind.

IMT emphasizes the importance of the face. The face is supposed to be a reflection of one’s cultural and interpersonal identities; consequently, a person’s facial expressions represent his thoughts and feelings. Brown and Levinson distinguish between people’s natural facial features. The desire for evaluation and approval from others is referred to as having a positive face. The yearning for liberty and autonomy from imposition is symbolized by the negative face.

Erving Goffman’s ideas were used to build the identity management hypothesis. Relationships, cultural identities, and cultural behaviors are all examined. The relevance of personality and marriage is emphasized in this idea. Processes, services, and user access management are all included. The journey of self-management should, in theory, begin with the concept of identity. The stages of identity management vary depending on the circumstances of a given situation. For example, distinct cultural features may be present in a marriage.

The practice of clearly communicating with a person is known as identity management. It’s an important aspect of cross-cultural interaction. A two-way flow of ideas, behaviors, and criticism will shape a person’s identity. It is critical to manage multiple cultures and retain distinct personas in interactions.

Although it is impossible to build an identity with the same characteristics in two cultures, the method of managing different cultures will provide both parties with a favorable experience.

The Phases of IM

Identity is a two-way process, according to Goffman (1959). It encompasses various modes of communication, as well as how people interact with one another. Face-to-face contact isn’t the only way to communicate. It also entails the application of cultural identities. Its advantages are advantageous not only to corporations but also to human connections. It will enhance civil registrations and vital signs, both of which are critical to a society’s progress.

It is critical to use cultural identity in communicating. Because culture is critical to an organization’s success, it is critical for businessmen to grasp the distinctions between cultures. Managing cultural differences will result in the construction of identity. It is also necessary for an organization’s success. This can be accomplished by incorporating culture into communications. While the meaning of identity varies depending on the situation, the procedure is required to create a safe and productive atmosphere.

The Process of IM

For efficient communication, the practice of identity planning is significant. It is not simply about creating a brand image in the case of enterprises. Identity management, on the other hand, is a two-way process.

It is critical to use ethnic heritage in communicating. Because culture is critical to an organization’s success, it is critical for businessmen to grasp the distinctions between civilizations. Handling cultural differences will result in the construction of identity. It is also necessary for an organization’s success. This can be accomplished by incorporating culture into communication. While the meaning of identity varies depending on circumstances, the procedure is required to create a safe and productive atmosphere.

For efficient communication, the practice of identity management is critical. It is not simply about building brand awareness in the instance of enterprises. Identity management, on the other hand, is a two-way activity.

Communication is very vital in the corporate world. Furthermore, governments should improve vital records and civil registrations. It will be difficult to make decisions regarding the system if it does not have a user-management mechanism.

If an Indian and a Japanese meet for the first time, they would welcome each other first, presuming that they speak the same language. The Indians would bow and say ‘Hajime machine,’ whereas the Japanese would fold their hands and say ‘Namaste.’ They’d then hunt for people who shared similar interests in order to form relational identities. Buddhism, gastronomy, and many forms of art, for example, are all common interests. As a result, both individuals will reshape their views and ideas in order to accommodate the other.