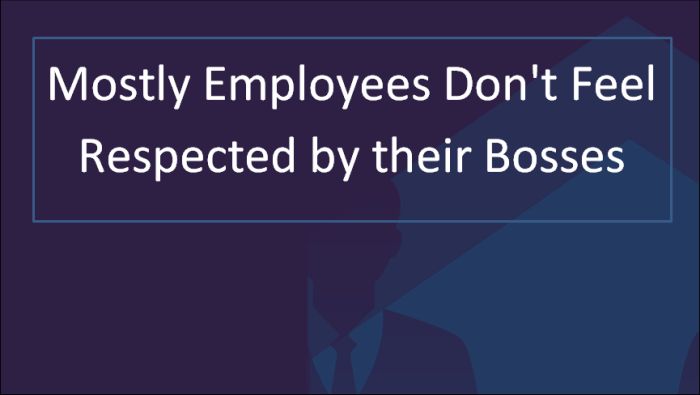 A recent study found that more than half of employees don’t think their bosses regularly give them respect. Offering respect impacts the company as a whole, too. Employees who felt respected by their leaders were more likely to stick with their company than those who didn’t.

According to a survey by the Harvard Business Review, being treated with respect has a profound effect on employee performance. Respondents who reported feeling respected by their leaders reported 55 percent more engagement, 56 percent better health and well-being, 89 percent greater enjoyment and job satisfaction, 92 percent greater focus and prioritization and 1.26 times more meaning and significance in their work, according to the survey.

More than half of employees reported they don’t consistently get respect from their leaders. According to the Harvard Business Review, this can lead to less engagement, more turnover, less productivity, and increased healthcare costs.

Half of the Employees Don’t Feel Respected by their Bosses. It’s an extremely common thread in the workplace. As a leader, you need to make your employees feel valued.

If you think your employees don’t feel respected by you, there are a number of possible reasons. Here’s how to get your respect back. 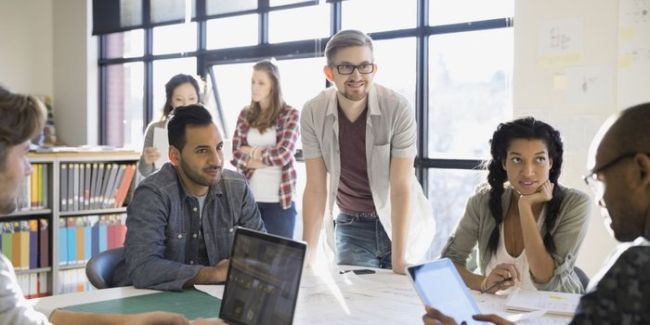 You Need to Be Nice

Just be nice. Say thank you when they do something, even though it’s their job to do so. Don’t steal credit. Praise your employees and your superiors will actually think more highly of you. It’s a win-win for you.

Remember Your Employees are Human

They have families, friends, and lives outside of work. They also have mortgages, car payments, and need correct change to send with their children for that school field trip. They get sick, and their parents die, and they sometimes need time off.

You Don’t Change Your Mind All the Time

Employees need to be pushed, at least a little. A good manager is like a good personal trainer, someone who forces you past the point you thought you could get to on your own. If you continually change the goals that your people are trying to achieve, it is going to be hard for them to pay a lot of attention to whatever you tell them to do next, since it’ll probably change next week anyway.

Employment law in the U.S. generally favors the employer over the employee (California is a notable exception). While some of the laws can be quite complex, some things can be straightforward. Every non-exempt employee must be paid for every hour worked. Working off the clock is always illegal for a non-exempt employee. Overtime is required for any work over 40 hours (and in some jurisdictions, over 8 hours in a day).