How to Improve Wrestling Skills? 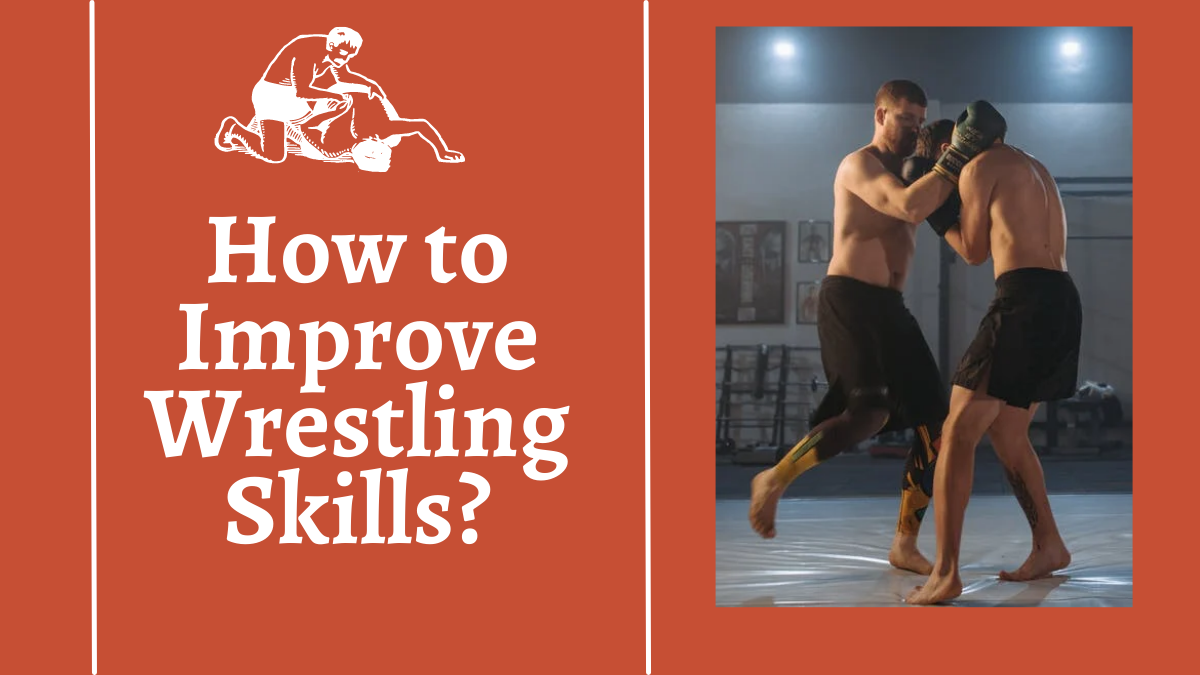 The ultimate goal of wrestling, like all sports, is to win. You must devote time to training to win and attain your objectives. This includes not only wrestling in front of an audience but also focusing on the minor details that can make a major impact. When it comes to wrestling, you may feel like you go through cycles of improvement where you get better every day and then periods where you feel like you aren’t progressing or have even become worse. Here are ten things you can do to improve your wrestling, no matter where you are in your wrestling career.

Drill On Both Sides

Most wrestlers are familiar with a variety of maneuvers, but they prefer to perform them on one side. You might want to hit an outside sweep single on the right side, but can you hit one on the left? It’s one thing to know how to do a move and another to have drilled it. Wrestlers frequently rehearse certain maneuvers on the side that they prefer. Drilling movements on both sides is one way to improve your wrestling skills. This gives you more alternatives in different positions without requiring you to learn new moves. When wrestling, individuals prefer to swap up their lead legs frequently or when there is a flurry of action and an opening; this might be advantageous.

Wrestling is essentially a succession of distinct positions, and while we may not be familiar with every single one, we do know a lot of them. To improve your wrestling, break down bouts into positions and then concentrate on what you need to do to win. Wrestlers tend to go through the motions of a match far too often. When someone collar ties their opponent, for example, they frequently return the collar tie. This isn’t advantageous to either wrestler. Always strive to be in a better position than your opponent. Instead of just going ear to ear with someone who ties your collar, utilize it to your advantage and score by nailing over time.

Drill Past The Finish

Drilling a move further along in the sequence is another technique to enhance your wrestling. Shooting a double leg, then breaking your opponent down flat and heading straight into a turn is an example of this. It’s easy to fall into the habit of barely completing 90 percent of your drills, especially takedowns. The issue is that when you’re nailing the identical move on the mat, 90 percent isn’t always good enough. Learning to chain wrestle (connecting moves) will greatly improve your wrestling.

Get Your Mind Right

One of the most important aspects of wrestling occurs off the mat, in your thoughts. If your mind isn’t in the proper place, if you’re not focused on improving or achieving your goals, you’re probably not wrestling as well as you could be. If you’re in a funk, the issue may be mental. You can prepare your mind for wrestling in a variety of ways. Keep a notebook, set new objectives, review old goals, take a break to recharge, or simply listen to a motivational podcast. Any successful wrestler will tell you that the mental aspect of wrestling is crucial, and if you aren’t focusing on it, you will struggle.

Watching wrestling movies, both of yourself and other wrestlers, is another approach to enhance your wrestling. You can notice blunders you didn’t even realize you were making when you watched a video of yourself. It would be beneficial to watch them with a coach or training partner to provide feedback. You may also see how far you’ve come by watching earlier footage of yourself. You may be frustrated and believe you aren’t improving, but if you examine a video of yourself from one or two seasons ago, you will see a significant improvement in your wrestling style. Observing professional wrestlers such as Kyle Dake or J’den Cox can be quite beneficial.

Observing how they move and set up shots can provide insight into what you should do when you wrestle. You can learn from their moves against the finest in the world and use them in your arsenal. You don’t have to just watch them wrestle; most of them have a wealth of technique videos available on the internet. It is critical to watch the video since it can make a significant difference in your success on the mat.

Go Back To The Basics

If you ever feel stopped in your progression, instead of trying to learn additional moves, go back to the basics and work on posture, shot defense, hand control, and escapes. When it comes to high-level wrestling, such as the NCAA national tournament, the wrestler with the best basics usually wins. Rarely do you see a man triumph by making outrageous actions? Guys are focusing on things like stance and hand fighting, as well as obtaining hand control on the bottom, even at the highest levels.

So, if the best wrestlers are constantly working on the fundamentals of the sport, you should be as well. Maybe you’re not progressing as quickly as you’d like because your wrestling foundation has some weaknesses. You can never be too good to brush up on your fundamentals.

Get Lots of Rest

Your body will require relaxation after a long exercise session to mend and rejuvenate itself. Make sure you receive a minimum of eight hours of sleep each night. If you’re having difficulties sleeping, try:

Following a well-balanced diet will help you perform at your best when it comes time to compete. Depending on whether you need to lose or gain weight, your coach may make specific food recommendations.

All athletes need to stay hydrated. However, wrestlers may try to limit their fluid consumption to shed weight. However, this is not a viable method of weight loss. Drink at least eight 8-ounce glasses of water every day to stay hydrated.

Steer Clear of Things That Are Bad for You

You must take exceptional care of your body as an athlete. Otherwise, it will not perform to its full potential. As a result, stay away from anything that could hurt your body, such as:

It is critical to spend around five minutes before a match visualizing oneself winning the contest. This method has been proven to improve athletic performance.

Pay Attention to Your Coach

If your coach gives you advice or comments, try to listen with an open mind and put the advice into practice as much as possible. Remember that your coaches aren’t correcting you or telling you how to wrestle to make you feel awful; they’re doing it to help you better as a wrestler.

· If you don’t understand what a coach says, ask for clarification. If you disagree with a coach’s advice, give it a try before deciding whether or not to include it in your practice.

· Even if you completely disagree with your instructors, never speak back or be disrespectful to them.

Consider Your Blunders as Opportunities to Learn

If you lose a game, try not to take it personally. Instead, use your blunders to help you improve as a wrestler. Take some time after a loss to consider what went wrong. Ask yourself questions like:

· What advantage did the other wrestler have over you?

· What can you do to ensure that this advantage is not repeated in the future?

If you want to improve your wrestling talents, you should concentrate on technique. While strength training is important for general athleticism, mat technique is the key to success. Many of today’s best athletes began honing their skills at a young age. We’ll look at the importance of technique in wrestling training and how to use it on the competition floor in this post. This is an important part of every wrestler’s preparation.

How to Get Started in Wrestling?

You’ll need to discover someone more knowledgeable and experienced than you. Watching a video of another wrestler’s moves is the best method to learn. You’ll learn what they’re doing wrong and how to avoid it. You may improve your wrestling skills and gain an advantage over your opponent by watching these videos.

Wrestling Is a Physically Demanding Sport

To become a great wrestler, you must put in a lot of effort. Wrestling is a sport that is not for everyone. It’s not for everyone, and it’s certainly not for beginners. Even if you’re a seasoned pro, it’s critical to practice as much as possible. Wrestling practice can aid in the development of a new technique, which is crucial to success. You’ll have a far better chance of winning in competition if you do this.

Any wrestler should know the fundamentals of the sport, but you should also learn new ones. Make an effort to pick up new methods and moves. You’ll be able to strengthen your stance and defense, as well as protect yourself better against an opponent, by doing so. You can also get some practice with your pins. During a match, a tighter pin will make you more powerful and aggressive.