How to Improve Communication Skills in Tamil? 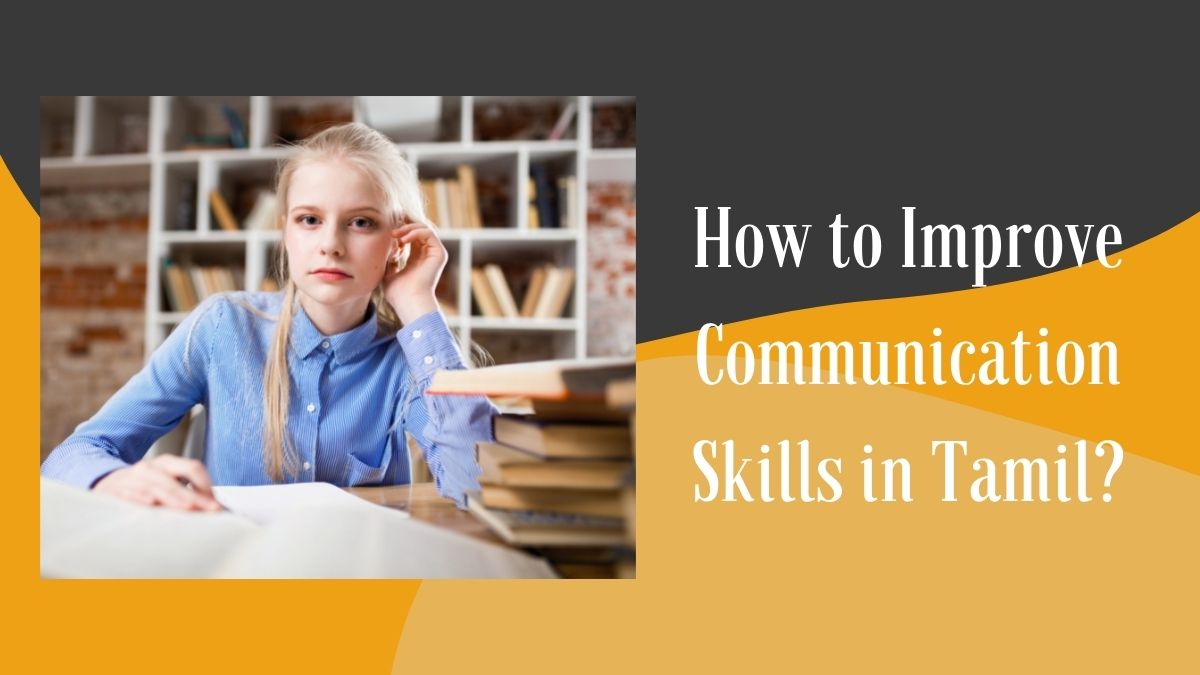 When learning a new language, it’s important to learn the basics. One of the best ways to improve your communication skills is to try to practice as much as possible.  There may be a variety of motives for learning a language. You might desire to learn a language to travel to a specific location, study or talk in it, or simply learn it for your interests and hobbies. What are the benefits of learning Tamil? There are a lot of them. There are various options to study Tamil online, as well as a number of Tamil learning apps on the market that make it simple to learn the language.

You can do this by studying different words and phrases in a foreign language. While English words and expressions might sound similar, they are often used differently in Tamil. The following are tips for gaining fluency in Tamil and learning how to communicate effectively.

Why Learning Tamil Is Important?

As a result, learning Tamil not only helps you avoid communication difficulties during everyday conversations but also helps you make more friends. Tamil is one of India’s six “traditional” languages. A language must meet three criteria to be classified as classical: ancient origins, independent tradition, and a significant body of ancient literature.

Tamil now ranks with Chinese, Sanskrit, Arabic, Greek, and Latin as one of the world’s classical languages. The good news is that learning Tamil isn’t as difficult as it may appear. Learning Tamil has become quite simple thanks to technological advancements.

What Are the Things to Look into While Improving Your Tamil Communication Skills?

Gender is also very well defined in Tamil. Learning the fundamentals of gender rules can help you learn Tamil. In Tamil, for example, the first and second-person verb patterns are gender-neutral. Only the third person has different verb forms depending on the gender.

The grammatical peculiarities of Tamil may be baffling to native English speakers. The difference in sentence structure and grammar between English and Tamil is the reason for this. Tamil can be simple for beginners, especially natural English speakers if they approach it as a fresh language rather than looking for examples or making comparisons to English.

What Are the Reasons to Learn Tamil?

Do you know that Tamil is spoken by more than 80 million people around the world? Tamil is widely spoken in India, Sri Lanka, Malaysia, Mauritius, Singapore, Canada, and a number of other countries.

If you want your company to succeed in international trade, you should learn Tamil through a variety of sources such as Tamil learning applications, websites, and so on.

Tamil is one of the most ancient classical languages, with a history dating back over 3000 years! Many international universities have adopted Tamil as a subject in their curricula. If someone is considering relocating to Tamil Nadu from another state, knowing Tamil will help them.

The Tamil culture and the Tamil language are inextricably linked. To comprehend Tamil culture, you must first learn the language, which is true of all languages and cultures. It’s a lot of fun to learn a new language. It’s also difficult. You may have to put in some effort to learn Tamil, but it will be well worth it.

Knowledge of the language also provides access to a wide body of art, including literature, music, and drama, all of which are abundant in the Tamil language. The Tamil language is almost totally used in historical texts.

How to Improve Communication Skills in Tamil?

Before the school year begins, ask parents of children whose first language is not English to offer a few keywords in their native tongue so that you can communicate with them during their first few weeks in the classroom. This is not only a practical tactic, but it also shows parents that you love their native tongue and are interested in learning more about it.

Start with the most important words, such as listen, bathroom, and food. Consider having your parents record the words so you can hear them and practice pronouncing them correctly. These recordings can be played for the entire class, allowing all pupils to learn new terms in a foreign language.

Allow time for second-language students to become familiar with your classroom before approaching them with English-language inquiries or commands. When engaged in a new cultural and linguistic milieu, second-language learners require some time to acclimate. When addressing all students, begin the year by utilizing language that is generally appropriate for young children. Even if they don’t understand what you’re saying, this early exposure to language will assist second-language learners in tune in to the sounds of the new language.

After a time of adjustment, you can begin to reduce your language even more as you assist second-language learners in understanding English.

Try “doubling the message” when speaking with second-language learners: use words together with a gesture, action, or directed gaze. Tabors illustrate his point with the following example, which highlights the useful motions and words:

It helps second-language learners “limit the field” of what the conversation is about and choose from answer alternatives when your communication is grounded in what’s happening right now or what things are right in front of you.

Use communicative chances to help youngsters build and extend their language skills once they have begun to develop their capacities with a new language. Begin with what the child already understands and work your way up from there. If a youngster makes a comment, utilize it as a jumping-off point for other comments and inquiries that will help the child expand his or her language understanding.

It might be difficult to gauge a second-language learner’s level of proficiency and how much they grasp when interacting with them. If a child doesn’t understand your message the first time, you may need to fine-tune your inquiries and comments.

What Are the Basic Tips to Learn Communication Skills in the Tamil Language?

When learning a new language, it might be challenging to communicate accurately. Some of us are timid or simply don’t feel comfortable talking to strangers when we only have a limited vocabulary, but we still need to know how to communicate our ideas and ensure that others understand what we’re trying to say.

The following are three suggestions to help you communicate more effectively while learning a new language:

Why Is It Important to Learn a New Language?

It’s a whole different ballgame learning a new language and speaking fluently with another individual. If you’ve ever given a public speech or given a presentation in front of an audience, you know how it feels.

When we speak a foreign language with native speakers, we experience a sensation of self-consciousness. We’re not sure if people will get what we’re saying, if they’ll judge us, or if we’re saying something completely different than what we meant. The irony is that, like the agonizing seconds before a bungee leap, most of these doubts arise before we even approach them. It’s important to remember that this is entirely normal. This feeling of unease comes whenever we are learning a new skill, such as swimming or playing the guitar.

Practice and learning from your mistakes are the best ways to enhance your verbal communication abilities, especially while learning a new language.

There is no easy way to achieve this except to commit to yourself and put yourself in situations where you will be forced to speak the new language. Spending more time with friends who speak the language you wish to learn, joining a local language meetup, or working with your language coach online can all help.

You must learn to listen to and understand what others have to say in order to be a successful communicator. You can answer appropriately and continue the discussion if you have a good knowledge of what someone else is saying. Learning how to do this cross-culturally adds to the complexity – or, depending on how you look at it, makes it more fun! Nonetheless, by following these three suggestions, you’ll be able to speak much more clearly, and people will feel more at ease and inclined to continue the conversation.