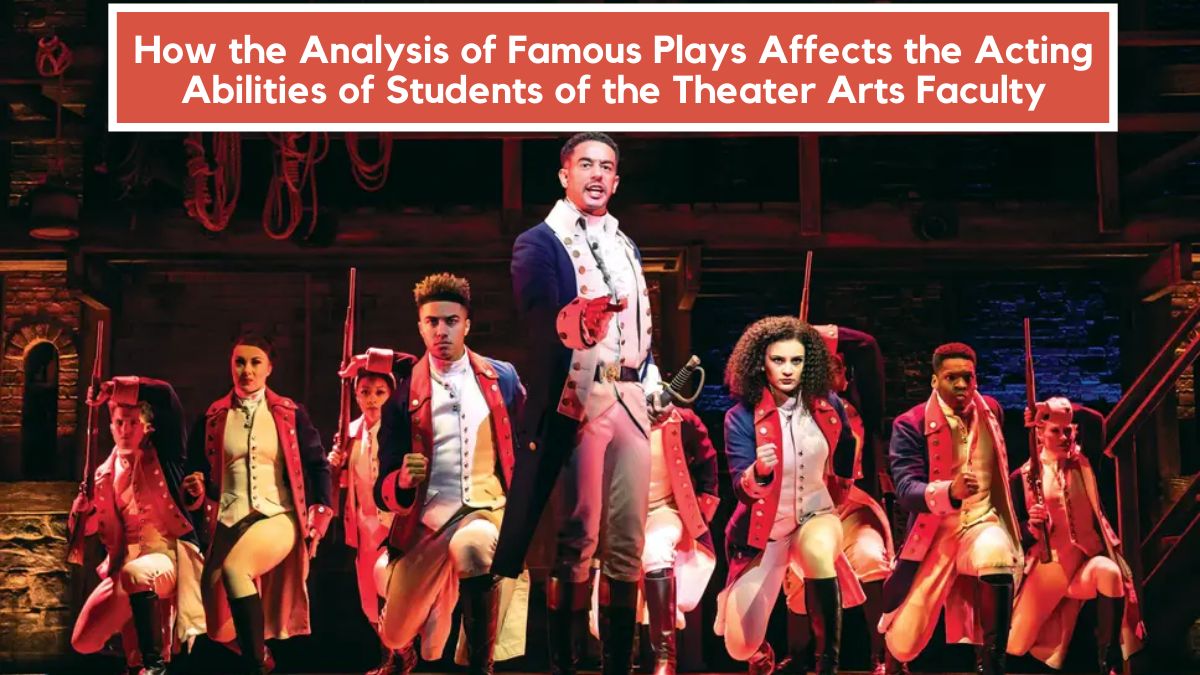 Can we become better theater performers if we analyze old plays where the masters of acting craft brought life to characters from the works of Shakespeare or even contemporary writers? To answer this question in a meaningful manner we had to do some research and come up with practical benefits for young theater arts students. In the following lines, we’ll explain how and why going through old theater plays that captivated audiences long before we even decided to join the acting community helps improve our acting ability. The benefits presented in this article concern not only performance on stage but also the preparation and anticipation of each role.

Engagement with the Audience

One of the most important theatre skills that every actor needs to perfect is how to establish meaningful interaction with the audience during the play. During their education students analyze famous plays in their essays and in doing so, they often point out their observations in regards to how certain actors managed their connection with the audience. Engaging the audience is an important element for a successful theater performance because it’s the most effective method to keep the viewers tuned in.

An engaged audience enjoys the show profoundly and leaves the theater with deep and long-lasting impressions. Having the chance to analyze the most engaging and captivating actors during their performance is one of the most important growth opportunities for drama students.

Speaking loudly and clearly is one of the most important traits that every aspiring actor should adopt. While numerous courses teach different oral techniques, sometimes it’s best to seek a specific piece of advice from a person that shares the same issues as we do. This is where analyzing the works of famous theater actors brings countless benefits.

Speaking in front of a large crowd is not easy, especially when you know that all those eyes are pointed at you and you’re expected to deliver a captivating performance. Reading and listening to suggestions and experiences shared by people we look up to can help us improve our oral communication and deal with issues that stand on our way to a successful acting career.

Learning about Different Styles of Performance

Another benefit of analyzing famous plays through history is learning about different approaches and styles in the theater.  Just like going through a list of Romeo and Juliet essay samples would allow a literature student to come into contact with different writing styles, so can the analysis of great theatrical performances result in a better understanding of diverse performance styles. This puts students beyond the common style categorizations such as Shakespearian style or Chekhovian theater style which are mainly attributed to a specific era.

If different styles weren’t imposed during the years, we would watch the same rendition of Hamlet from the 16th century until now. However, since performance styles change not only throughout time but also with different actors and directors, analyzing these distinct angles in which reality or a piece of literature is observed. And it’s not only one’s performance that can benefit from analyzing famous plays, the entire production and approach to the theater itself can be improved if we understand the impact and application of personal style.

Many great actors had to endure extreme personal and professional challenges through preparation for a certain role. Waking up early in the morning to get to a rehearsal, dismissing favorite food to get into proper shape, long hours at the gym, and many other difficulties and changes an actor has to endure require strong self-discipline, especially when it comes to large theatrical productions.

Reading through the issues and challenges that famous theatre actors had to go through can show young students how to deal with similar issues when their professional career starts. The ability to control your emotions urges, and reactions are particularly imperative during the show. American actor Mark Ruffalo, once said that he fell a victim to a prank during his Broadway performance of “Awake and Sing!” when he was handed an actual marijuana cigarette instead of a prop. Thanks to his ability of self-control, Marvel’s Hulk got amazing reviews at the end of the show, despite being under the influence of marijuana.

These were some of the most notable ways in which analyzing famous theater shows can help us become better actors. It’s also a good way to get a deeper understanding of life on stage and all the struggles that come with it. Nevertheless, it’s important to know that, no matter what you read, your experience is your own, and nobody can cross that bridge instead of you.