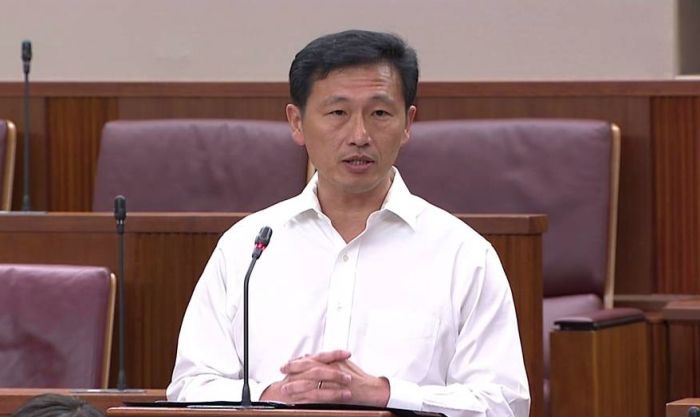 Singapore: “From next year, international students will no longer be subsidized for a majority of the postgraduate degree by coursework (PGC) programs offered at local autonomous universities, while Singapore PRs will see a reduction in subsidies.”

In Parliament on Monday (Mar 5), the Minister for Education “Ong Ye Kung” was announced that funding for most postgrad by coursework programs to be canceled for international students from next year.

With each new step, each year will be free up to S $ 25 million in the ministry’s budget, which will be expanded in the size of the cutting-edge modular courses done by the higher education institutions for local employees.

Currently, the autonomous universities offer about 300 postgraduate courses, of which around one-third are subsidized by the Education Ministry (MOE). International students who receive subsidies will need to take up a three-year service obligation, which requires them to work in Singapore-based companies upon graduation.

The PGCs include Master’s by coursework programs – degrees primarily designed to prepare students for jobs – and post-graduate diplomas offered in the local autonomous universities.

The newly announced funding cut will affect those courses, which are skill-based, such as academic programs like Master of Architecture, and Master of Music. A few selected programs, such as the Master of Public Administration at the Lee Kuan Yew School of Public Policy, will be excluded from this change, according to information from the Ministry of Education.

There will be no change in the subsidy level for Singaporeans. “Notwithstanding the reduction in subsidy for non-Singaporeans, we must continue to attract selected, deserving postgraduate international students that can make meaningful contributions to Singapore.”

Mr. Ong told that more than 4,900 adult learners have enrolled in the SkillsFuture Series course by February.

He said that in the next three years, the government is expected to give additional annual funding of S $ 100 million in lifelong learning programs by higher education institutions. He also said, “The (institutes of higher learning) will develop more modular courses in the coming year and sharpen their focus to meet industry’s evolving needs.”

Expansion of Micro-Credentials by Universities

Regarding this, Mr. Ong mentioned that autonomous universities will again provide some courses for “making the path for creating small qualifications”, which are often called micro-credentials. He said, “Our autonomous universities will progressively roll out more of such micro-credentials in the coming years, and subject them to the market test”.

According to the MOA, without the student having to meet the full-qualifications requirements, Micro-credentials are awarded upon the completion of one or more modular courses at the local autonomous universities.

Mr. Ong said, made up of “modules targeted at developing expertise for work”, micro-credentials can be “useful in providing a milestone for adult learners to aim towards, and which employers can recognize”. But he cautioned against letting micro-credentials “become a new arms race to collect credentials”.