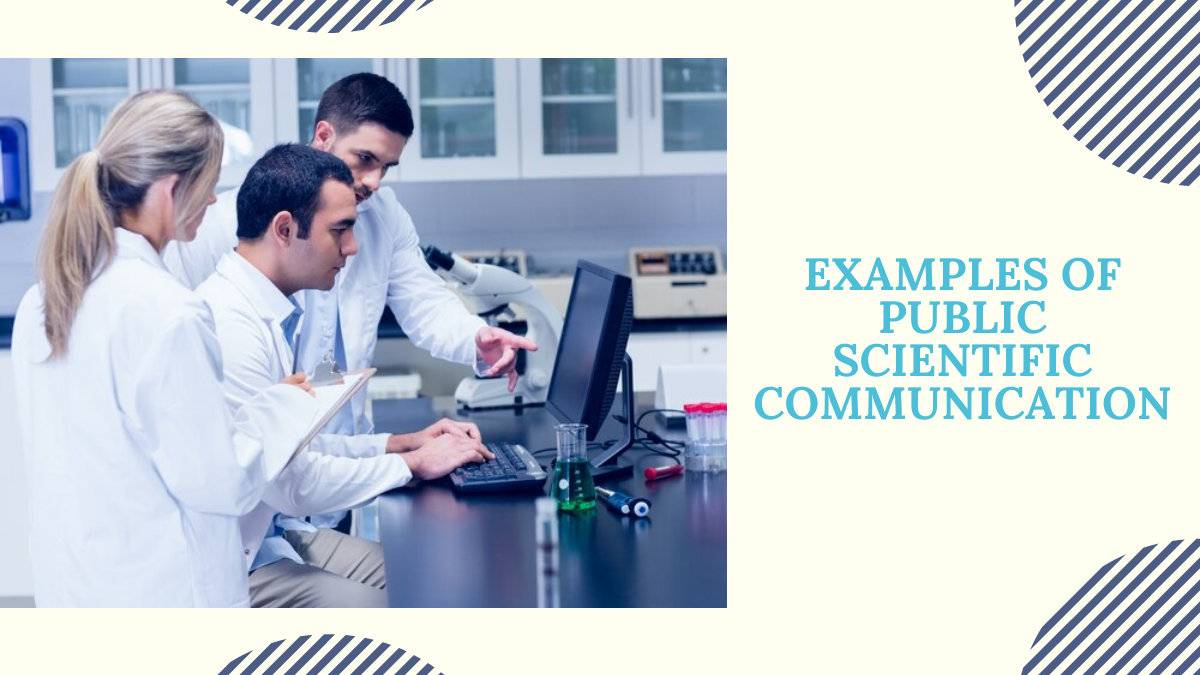 What is Public Scientific Communication?

Educating and motivating the audience about scientific information is called science journalism. Short films, novels, blogs, mass media reporting, and public presentations are examples of science journalism. Science communication has grown increasingly popular recently, with Facebook posts, comics, and newsletters becoming extremely prevalent. As we’ll see in the instances in this guide, institutions are rapidly playing a big part in digital magazines and science-themed advertising. Professional scientists and experts, journalists, writers, and university communications and marketing teams are all examples of science communicators. They are all using their communications abilities to make science more accessible to the general population. Science communication has been a lot more critical in the academic community due to rising disinformation and stagnant research resources.

What About Scholarly Publications? Is this Considered Science Communication?

Not really, at least not for this report. Scientists produce millions — if not billions — of academic journals each year, and the majority are behind paywalls, and the general public can’t easily understand those that aren’t. To put it another way, it’s an uncommon piece of academic writing that also serves as a means of communicating science to the general public.

Publishing research findings in peer-reviewed publications is one of the most effective strategies for researchers to convey their findings. The findings of this study are then disclosed to the general public in conferences and news conferences. The general audience is then allowed to learn about the study of academics from all over the world. Scientists can use these strategies to help the general public comprehend the newest findings and generate new knowledge. However, disseminating these insights remains a difficulty, which is why this medium of expression is so vital. For example, a scientist might work on a study with other researchers and send a sample summary of the findings to their peers. A federal government agency, for example, might arrange a news conference to declare a new viral epidemic. The government agency then releases a scientific study explaining the technical aspects of the new virus after the press conference. Even though these instances are all unique, they reflect different facets of public scientific writing.

A scientist designing an experiment works with other scientists to carry it out, and he also provides his coworkers with a draft of his published paper. A federal agency conducts a media briefing to explain how it responds to a new virus outbreak and then releases an essay in a scholarly publication. Different types of open scientific communication are exemplified in these examples. Scientists’ decisions regarding how to disseminate their discoveries impact the general public, just like any other sort of communication.

The “deficit model” of science journalism is one of the most widely held public, academic discourse ideas. According to this notion, scientists are incompetent at explaining their discoveries to the general population. Specialists are also in a stronger place to describe what they know and why they think what they believe, according to the study. These assertions are not always correct, and they are frequently ineffective. The purpose is to raise public awareness about research and the repercussions of its use.

The ability to help the audience comprehend the information is one of the advantages of including the public in scientific communications. Using a public scientific communication example in the context of relationship marketing might help you understand the aims of various audiences. In comparison, scientists must comprehend the aims of diverse crowds. When contrasting two types of science communication, please remember that science presenters and marketers may have different agendas.

The use of scientific communication to affect popular sentiment is another type of public cognitive science. Investigators use scientific facts to try to sway the public’s actions and beliefs in this mode of interaction. A scientist, for example, might publish findings in a scholarly journal, whereas an agency would utilize a journalist to publicize the findings. These are not, however, instances of public science journalism. When a federal governmental agency, for example, uses a newspaper story to clarify how it is responding to a pandemic, the public may interpret this as science.

There are various sorts of science communication, each with a different goal in mind. A scientist might, for example, cooperate with other researchers to develop an investigation before sending a draught of the paper to her peers. The journalist may utilize a reporter for writing the narrative and discussing the results in this case, but the audience is not always informed. It’s possible that the journalist will be unable to distinguish between scientific and public science. A scientist may put out a press release or a sample copy of an essay in a scientific journal in order to boost the general public’s awareness of science. The government might potentially involve the public by holding a press conference to explain how they are responding to a new virus outbreak. Neither of these examples is a good representation of public science journalism. Both are instances of different types of communication. The latter is equally true of news organizations.

Why is Scientific Communication Important?

To Educate the Leaders

It’s crucial to inform the general people, but it’s much more vital to teach those who make choices. While we would like to pretend — or hope — that our politicians are well-informed over the most pressing issues confronting us, the reality is far less exciting. Most politicians in most nations have a skewed understanding of science (to put it charitably). One obvious objective of science communication, albeit it may be called a “stretch goal,” is to promote improved knowledge of science among politicians. This, in theory, may result in evidence-based public decision-making and policy throughout the board.

To Inspire the Next Generation

It is crucial for the progress of our economies, ecosystems, and society that the next group of gifted people choose an interest in research (including social sciences). The most effective approach to do so is to motivate people through good public science journalism.

It’s critical for science broadcasters to connect with their surrounding people because all science takes place someplace. While this is frequently challenging — and besides, there are only 24 hours per day — it is an important strategy for creating a more educated electorate. Wonderful community outreach can even encourage individuals in public to contribute to science, sometimes known as scientific research.

The future of Scientific Communication

A global campaign of journalists, researchers, and communications professionals has arisen in the last twenty years; all committed to better scientific communication. During the COVID-19 epidemic, we saw the results of this effort. While there has been no dearth of disinformation throughout this time, many notable scientists have done an excellent job of conveying the epidemic to the public in a straightforward, non-jargony manner. There are many wonderful scientific communication instances from all over the world, but let’s look at one in the South Pacific. Toby Morris, a comic, and Siouxsie Wiles, epidemiology, created the ‘Flatten the Curve’ GIF to emphasize the importance of social separation and hygienic habits. Governments and local experts all over the world have adopted it, and it has been transcribed into 12 languages (and counting).

This stage builds on the process of determining the aims and objectives of communication by getting to know your target audience. The purpose of some meetings, such as those with corporate executives or potential investors, is usually clear: to share your results and secure backing for further study. You may well have one or more stated objectives in other situations, such as town hearings or lectures: to teach, promote, increase awareness, establish trust, influence policy or study, support change, or be a part of a discussion. In these situations, spend some time in preparation researching the audience you’ll be speaking to (as well as any other presenters) to gain a better understanding of their viewpoint.

Start With the Most Important Information

After the writers have supplied background knowledge, discussed their technique, and acknowledged potential limits, the important findings occur at the end of the report in solid scientific study. The same can be said for scientific professional meetings.

The audience, the press, and corporate stakeholders, on the other hand, take in information in the reverse sequence, according to the AAAS Communication Toolkit. The primary findings should come first, followed by the “So what?” section that describes why the discoveries are important, and finally, the additional evidence that contributed to your main insights. Although the scientific community has the time and energy to commit to a prolonged paper or speech, coworkers and regular citizens have a lot on their plates. As you create your communication approach, keep this in mind.

Proper Scientific Communication can result in a lot of advantages. It can make people aware of science in simple terms and also help them to make rational and logical decisions when it comes to their lifestyle choices. This is why it is always important to be precise and to the point and in simple language.