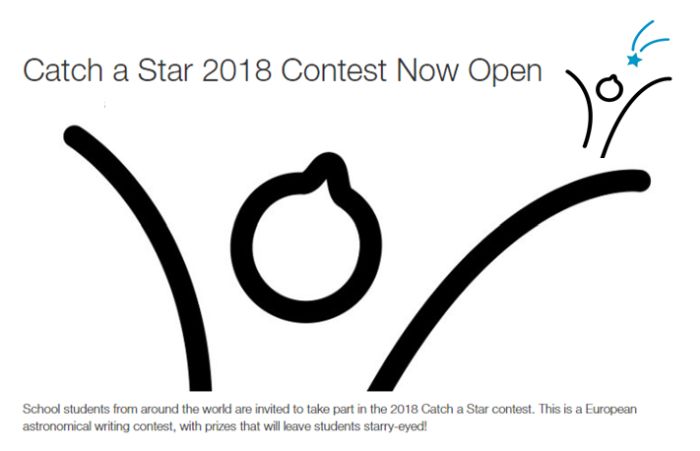 Catch a Star is a contest that has been held as a result of the collaboration between the European Association for Astronomy Education (EAAE) and European Southern Observatory (ESO). This is a European astronomical writing contest open to school students from around the world.

The idea of the Catch a Star program is to encourage students to work together, to learn about astronomy and discover things for themselves by researching information on an astronomical object.

The goal of the Contest is to stimulate the creativity and independent work of students from European secondary schools, to strengthen and expand their astronomical knowledge and skills, and to help the spread of information technologies in the educational process.

To participate, students should submit a written report on an astronomical topic of their own choice — for example, an astronomical object, phenomenon, observation, scientific problem or theory.

All submission must be emailed as a PDF file to astro.edu@gmail.com.