Cost of Living in Kentucky 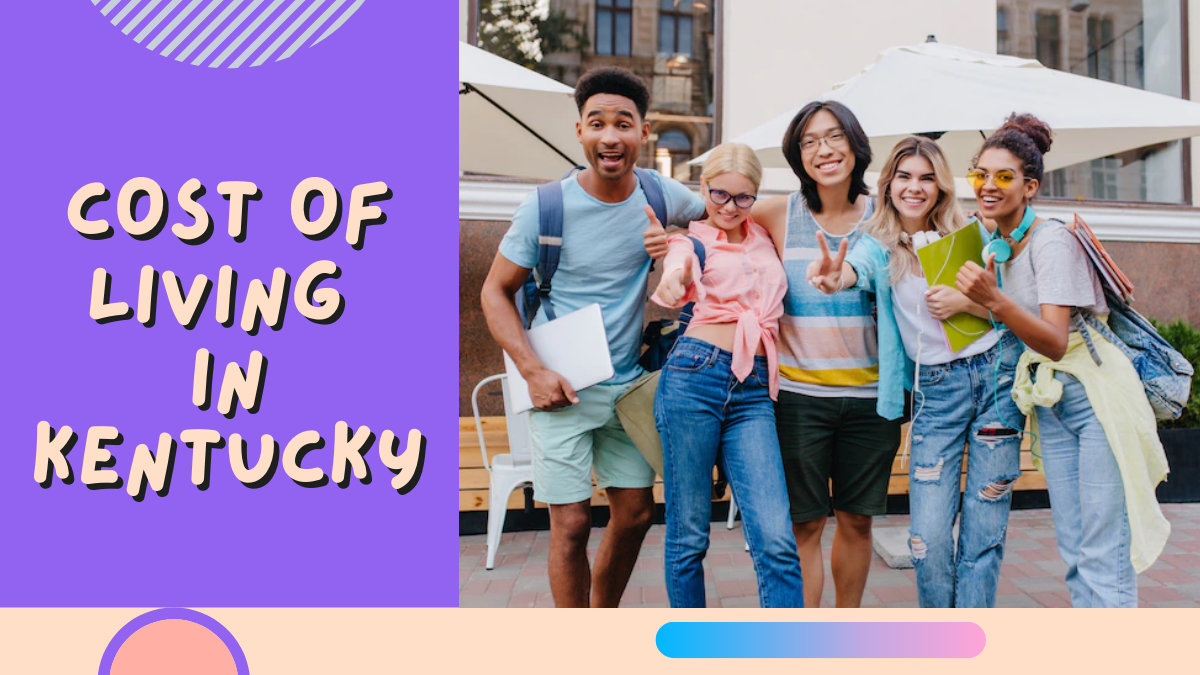 Kentucky, formally the Commonwealth of Kentucky, is a state in the United States that is located in the east south-central area. Kentucky is one of four U.S. states constituted as a commonwealth, despite being referred to as the “State of Kentucky” in the law that established it (since the name state was used in Kentucky’s first constitution) (the others being Virginia, Pennsylvania, and Massachusetts). Kentucky, which was once a part of Virginia, became the 15th state to enter the Union in 1792. Kentucky is the 37th-largest and 26th-most populous state in the United States.

Living in Kentucky is less expensive than living in the United States on average. According to data from the Bureau of Economic Analysis, the state’s products and services cost 12.2 percent less than the national average. Kentucky has the fifth lowest overall cost of living when compared to all other states. Living in densely populated urban metro areas is generally more expensive than living in more rural locations.There are five metropolitan areas in Kentucky. The Lexington-Fayette metro region is the most expensive in the state, with goods and services costs 9.4 percent lower than the national average and 2.8 percent higher than the statewide average.

Transportation costs can be a considerable part of the overall cost of living. Commuters in Kentucky drive 91.7 percent of the time, compared to 85.5 percent nationally. The average motorist in the state travels 11,055 miles per year. Taking into account average fuel economy and average gas prices (standard gasoline in Kentucky cost an average of $2.05 per gallon in mid-2020), the average Kentucky motorist can expect to spend $938 on petrol alone in a year. Other transportation costs, such as car insurance prices, can differ from one state to the next. According to data from Insure.com, the average vehicle insurance rate in Kentucky is $1,300, which is lower than the national average of $1,517. According to EPI data, the average single adult in the state spends $10,292 on transportation each year.

Out-of-pocket costs and insurance premiums for health care are relatively inexpensive in Kentucky, assuming at least a basic level of health insurance coverage. The average cost of health care for a single adult in the state is $3,679 per year, compared to $4,266 nationally. The average yearly health care costs for a family of four are $11,086 — $1,863 less than the national average of $12,950.

Another daily item that has a big impact on an area’s overall cost of living is food. The cost of food varies from state to state, according to data from the United States Department of Agriculture. A single adult in Kentucky spends an average of $2,932 on food each year, while a family of four spends an average of $8,467. To put things in perspective, a single adult’s annual food expenditure is $3,240, while a family of four’s annual food cost is $9,354.These figures are based on a nutritionally appropriate diet purchased from a grocery shop and prepared at home.

Costs of Child Care in Kentucky

How Much Does It Cost to Live in Kentucky?

How Much Money Do You Need in Kentucky to Live Comfortably?

What City in the Southeast Has the Lowest Cost of Living?

The three cities with the lowest cost of living, according to the Council for Community and Economic Research’s Second Quarter Cost of Living Index, are listed below to give you an idea of how Kentucky’s cost of living compares to the rest of the South.

Mississippi’s capital and most populated city also happens to have the lowest cost of living in the whole Southeast. The “City with Soul” was home to well-known blues, gospel, and jazz musicians.

Tupelo has the second-lowest cost of living in the Southeast after Atlanta. The city, which is the seat of Lee County in northern Mississippi, is a lively centre of Southern culture and the birthplace of Elvis Presley.

Knoxville Is a City in Tennessee

Knoxville is the third-most populous city in Tennessee and has the third-lowest cost of living in the South. Mountain Dew and personalities like Kenny Chesney were born there.

Prior to Relocating to Kentucky

Moving to Kentucky in the fall or winter is the greatest time to do so because spring is wet and summers are generally hot and humid, making it difficult to relocate.

Kentucky’s Climate Is Humid Subtropical, With Abundant of Rainfall

Temperatures range from 23 degrees Fahrenheit in the winter to over 88 degrees Fahrenheit in the summer. Kentucky enjoys temperate weather, not as cold as the northern states and not as hot as the Deep South states. Kentucky’s climate is ideal for outdoor activities such as hiking, biking, and horseback riding. It’s also ideal for agriculture, with some of Kentucky’s best horses, maize, soybeans, minor grains, hay, and tobacco flourishing. In the spring and summer, between the months of March and September, unfavourable weather is most common. As a result, it’s a good idea to keep an eye out for inclement weather before relocating.

Cities With the Most Population

Kentucky contains 425 cities, each of which is classified into two categories.
* First Class:Mayor-Alderman Government
* Home Rule:All Other Forms of Government
Frankfort is the state capital of Kentucky. You might be asking why Kentucky is known as the Commonwealth of Kentucky. It is merely an old English term for a political society formed to serve the public good. The people’s consent is used by the government to make choices. Louisville is the state’s largest city.
* Lexington: Home of the University of Kentucky
* Covington: A suburb of Cincinnati
* Bowling Green: GM’s Corvette production base
* Danville
* Jeffersontown
* Georgetown: Toyota manufacturing base
From living on a ranch outside of Lexington to renting a condo in downtown Lexington, you can sample a variety of lifestyles.

Living in Kentucky Has Its Advantages

Kentucky Has A Strong Workforce
The state is known for its auto manufacturing business, which may come as a surprise to people who are familiar with Michigan and Detroit’s traditions and image. Kentucky’s unemployment rate is slightly higher than the national average, but it is less than 0.5 percent in most months.
Kentucky Has a Fantastic Central Location
If you start living in Kentucky, you will be at the heart of the United States’ south-central region.
Many cities, including St. Louis, Nashville, and Cincinnati, are within driving distance. If you’ve always wanted to visit that region of the country, living in this state is ideal.

Living in Kentucky Has Its Drawbacks

The Weather Can Be Pleasant, But It Can Also Be Terrifying

If you’re moving to Kentucky, you’ll want to pay attention to severe storm warnings. Tornado warnings are no laughing matter. It won’t happen every day, but there will be at least a few of storms per year.
More Vehicle-Animal Collisions During Hunting Season
Living in Kentucky means being in close proximity to a diverse range of wildlife. When hunting season starts, you’ll notice an increase in the number of animals attempting to cross the road while you’re driving. Deer season is notorious for being the most dangerous, as accidents are more common. Ensure that your vehicle is properly insured, and try to drive cautiously.
Kentucky’s Income Tax Rate Is a Flat 5% For All Residents
Despite the fact that Kentucky is one of the more income-friendly states in the US, recent events have transferred the burden of paying taxes to individuals with the lowest income levels.
The majority of them are the result of recent sales tax revisions.

Those that relocate to Kentucky understand why it is such a wonderful location to live. From its high-quality healthcare to its rich history, art, and culture to its friendly people, affordable housing, and beautiful natural surroundings, the city has it all. Kentucky is a lovely place to visit if you want to experience southern hospitality. It also has one of the country’s most stable economies, making obtaining work considerably easier. Healthcare, manufacturing, retail, and education are the most important industries in the city. Do you have any plans to relocate to Kentucky soon? You may make your relocation easier by hiring one of Kentucky’s best movers. Rather than dealing with all the heavy lifting, choose to move in ease.