Cost of Living in Hungary 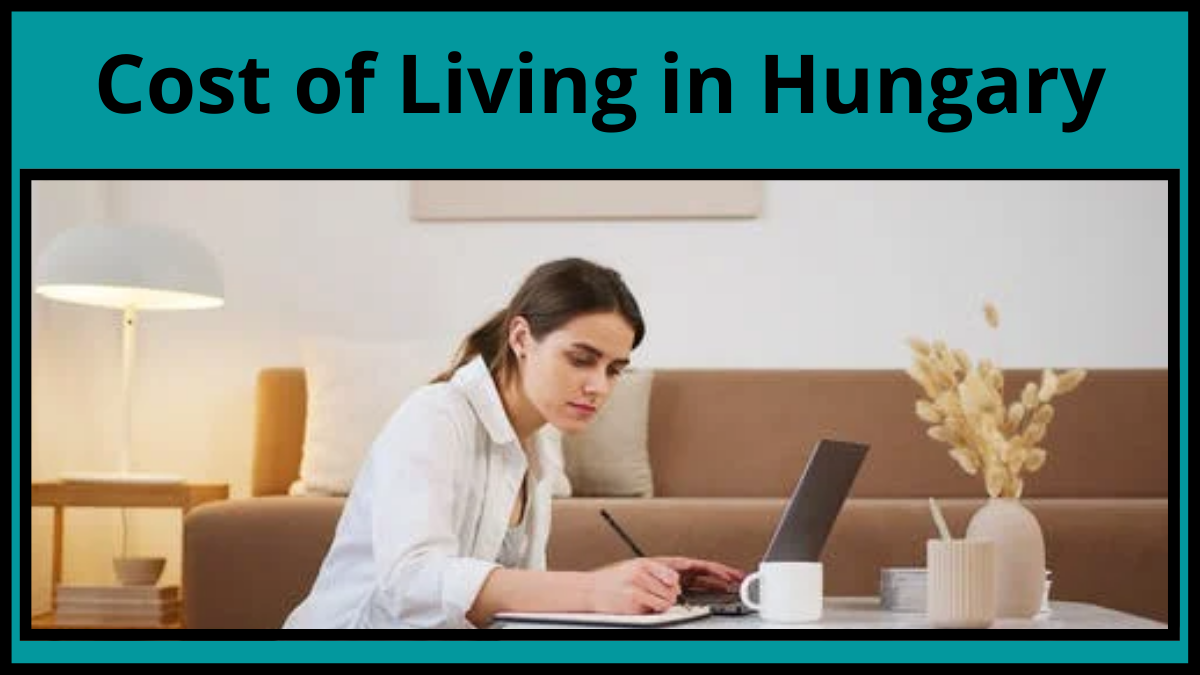 Hungary is a stunningly beautiful country. It’s a country with a fascinating history and a diverse natural landscape, but it’s also one of the most underrated European travel destinations. Hungary is a popular destination for ex-pats and tourists from all over the world. It is one of the most prosperous and developed countries in Central and Eastern Europe. Dive into a detailed breakdown of the country’s education, healthcare, and transportation systems!

In general, the cost of living in Hungary is not prohibitively expensive, and the country’s cost of living is lower than that of many other Central European countries. It can, however, vary depending on the city you live in and what you want to do when you’re there. Students who live on campus in Budapest save more money than those who live off-campus, allowing them to spend less money on entertainment, food, and other expenses. The city is full of stunning architecture, a rich culture, and reliable infrastructure, but the price of living can still make a big difference in your budget. To make sure that you’re prepared for the costs of living in Hungary, here’s a guide to help you get started.

Cost of Accommodation in Hungary

In comparison to other European cities, the cost of accommodation is relatively low, but it varies greatly.

-You’ll still find decent apartments in Budapest for about 60,000 to 70,00 HUF, so it’s not too expensive compared to other European cities.

The Cost of Student Housing

University dorms cost less than 100 EUR per month. They are not only the cheapest option, but they also allow students to get to know one another, socialize, and form friendships.

Private dorms cost less than 200 EUR per month and are only available in a few cities. When compared to university dorms, the facilities are usually better.

In Budapest, the monthly recommended minimum amount of money for food per person is approximately 55 000 Ft. This figure is more appropriate for the capital when you cook for yourself. Prices in other parts of the country may vary. An average low-cost restaurant costs around 1 890 Ft (between 1 200 and 3 000 Ft). As you can see, eating in a restaurant is much more expensive, but it can occasionally be a fun program to try something new with your friends. The most important thing is to figure out what works best for you (and your wallet).

-As a student, you can get a variety of discounts, such as purchasing monthly public transportation passes. If you travel within the country by bus (VOLN) or train (MV), you can get much cheaper tickets and passes. The cost is determined by the number of kilometers traveled. Furthermore, which class you choose on the train is important. Because Budapest has its own public transportation system, you’ll need a BKK student pass to use local public transportation if you live there. For one person, BKK Student Passes cost approximately 3 450 Ft per month.

Taxis’ prices are displayed on the door. Credit cards are accepted by some large businesses.

Due to additional taxes, the cost of renting a car in Hungary is quite high:

Private universities frequently charge higher tuition fees. As always, we recommend that you go to the university’s official website to find out how much you’ll need to pay.

Remember that public and private universities are free to charge the same tuition to EU and non-EU citizens. Non-EU citizens are sometimes charged higher fees.

Hungary’s healthcare system is on par with that of most Western European countries, and it is even establishing itself as a popular medical tourism destination. Private health care in Hungary is of high quality and relatively inexpensive when compared to other Western countries.

Private medical insurance is usually required for non-EU citizens; the monthly cost varies depending on the length of your stay and the type of medical services included.

How Much Does it Cost to Live in Hungary For an Average Student?

The cost of living in Hungary is much lower than in most other European cities for the average student. The average monthly cost of living in Hungary is about EUR1,650, but it can be higher if you want to live in a nice area. However, decent apartments in Budapest can still be found for around 60,000 to 70,00 HUF, making it affordable in comparison to other European cities.

How Much Monthly Expenses Will be Required?

An average Hungarian will pay their landlord 23.4 percent of their monthly income, excluding expenses such as healthcare, education, and childcare. Living in Hungary allows a couple to save up to 9.4 percent of their income. Furthermore, a mortgage can be obtained from a local bank for as little as 5.57 percent per year, allowing expats to finance their relocation. While this may appear to be a high price, it is possible to find affordable housing in Hungary, and most properties are available for 35 years.

Is Hungary a Good Place to Live?

The cost of living in Hungary is determined by the location, size, and condition of your home. Housing in the city center can cost more than half of a person’s monthly salary. Even with its low cost, Hungary has some great perks for ex-pats. The country’s economy is highly developed in terms of taxes. Its government is a global leader in infrastructure construction and development, making it a very safe place to live. In comparison to other European countries, the cost of living in Hungary is extremely low, and it is possible to live comfortably on a low budget.

Is Budapest a Better Option to Accommodate?

While it is difficult to find a decent apartment in Budapest, you can find one in Eger for $400-$650 per month. Furthermore, hotels can be expensive, so it’s critical to research your options before making a decision. If you have children, the cost of living in Budapest can be very high. However, it is not without drawbacks. In fact, compared to other European cities, Budapest is relatively inexpensive, but the cost of living is not. Hungary’s average salary is roughly half that of London, making it a desirable place to live. In comparison to the rest of the EU, the overall cost of living in Budapest is surprisingly low.

Is Hungary an Affordable Place to Live?

Hungary’s cost of living is significantly lower than that of other European countries. In fact, Budapest was ranked 170th out of 209 cities in the Mercer Cost of Living Survey for 2020, making it far cheaper than London and Paris but more expensive than Sofia and Bucharest.

What Is the Minimum Amount Required to Live Comfortably in Hungary?

Is it Difficult to Relocate to Hungary?

Moving to Hungary will necessitate learning some Hungarian, which can be challenging. When it comes to learning a language in another country, keep in mind that Hungarian is one of the more difficult ones. Many Americans claim that they have struggled to learn even the most basic expressions.

Is it Simple to Find Work in Hungary?

In Hungary, unlike in Western European countries such as Germany or the United Kingdom, it is relatively easy to find work as a non-EU citizen. This is due to the fact that salaries in Hungary are significantly lower than in Western Europe.

How Is Life for Ex-Pats in Budapest?

Remarks. Living as an ex-pat in Budapest can be a lot of fun; even the difficulty of blending in with the locals draws the small ex-pat community together, providing good friends and busy social life.

What Is a Reasonable Salary in Budapest?

In 2022, the average salary in Budapest, Hungary is around 300,000 HUF (or €817 euros) after taxes. Salaries in Budapest are significantly higher than elsewhere in Hungary.

Is it Safe to Live in Budapest?

Life in Budapest is relatively safe. There is almost no violent crime. However, there will always be things to be concerned about. Break-ins and car robberies are not uncommon.

Is Hungary a Low-Income Country?

Hungary is a Central European country with a population of 10 million people. Despite the country’s high standard of living, many of its citizens are impoverished.

What Is the Standard of Living in Hungary?

The Work-life balance in Hungary is above average. In terms of social connections, civic engagement, environmental quality, education and skills, income and wealth, housing, jobs and earnings, personal security, subjective well-being, and health status, it ranks below the national average.

What Is the State of Healthcare in Hungary?

Hungary provides universal healthcare to its citizens, which is paid for through a combination of citizen taxes and the National Health Insurance Fund (HIF) Országos Egészségbiztostási Pénztár (OEP). There is a private healthcare system in addition to the public universal system.

Is Hungary a Haven for Tax Evaders?

Although Hungary is not officially regarded as a tax haven, its low corporate tax rates, simple incorporation laws, and prime location as a European Union member make the Hungarian company an attractive corporate vehicle for foreign investors.

At the end of this article, we’ll summarize the cost of living in Hungary.

Hopefully, you have got all your answers about living in Hungary. Before moving to this country, read out all the details mentioned above to make your living better.