Cost of Living in Baton Rouge 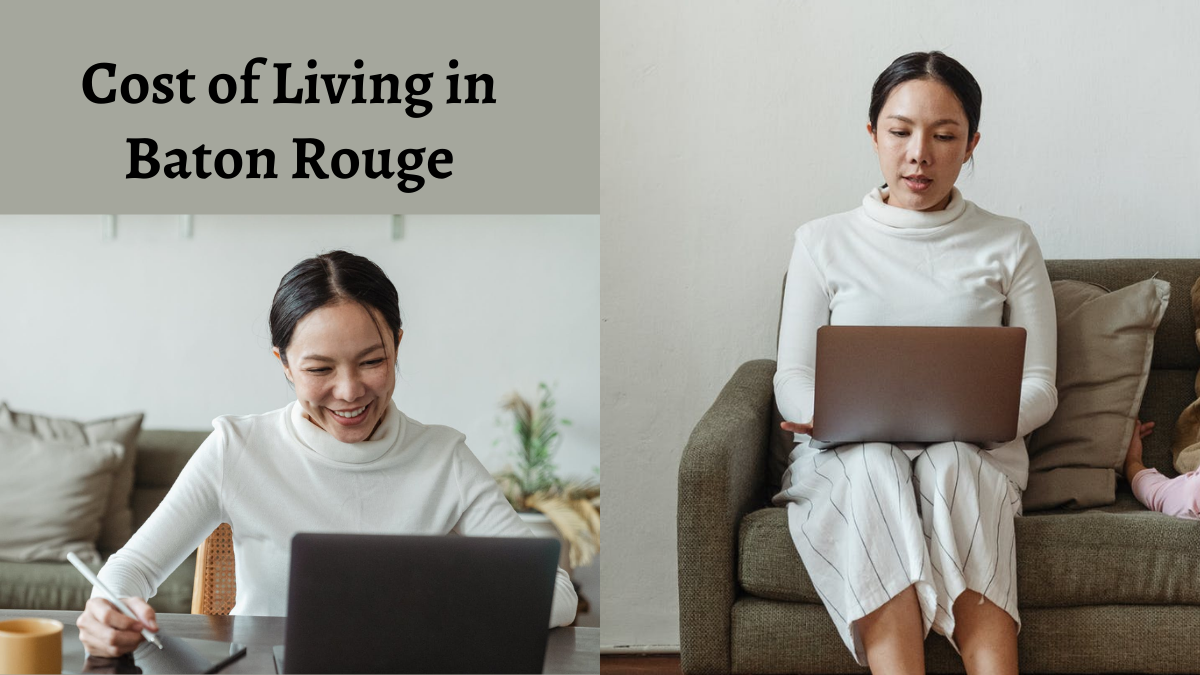 Baton Rouge, Louisiana’s ever-expanding capital, is absorbing the essence of New Orleans without adopting the hustle and bustle of a tourist destination. The metro area, which is warm all year and is located directly on the Mississippi River, advances at a suburban pace while also providing prospects for a thriving cultural hub. Baton Rouge, known for its competitive engineering and healthcare jobs, offers newcomers exciting opportunities.

The city, home to Louisiana State University, has a close-knit community of collegiate sports fans. Baton Rouge is constantly expanding to accommodate its rising population. Therefore development is expected in several areas. New residential and retail developments are routinely breaking ground, and fashionable bars and Southern-style eateries continue to flood the metro region at a rate just fast enough to satisfy locals’ appetites. With 225,362, Baton Rouge is the largest city in East Baton Rouge Parish, Louisiana. For a single adult in Baton Rouge, the overall cost of housing, food, child care, transportation, health care, taxes, and other needs is $35,256 per year – roughly the same as the yearly cost of living in Louisiana, which is $35,133, but less than the national number of $38,433.

One of the most significant components of the cost of living is housing. The median home value in Baton Rouge is $169,200, which is lower than the national median home value of $204,900. The median price of a home built before 1939 is $226,700, while the typical price built after 2014 is $362,500. Renting can be a less expensive option than buying a home. In Baton Rouge, 50.90 percent of occupied residences are rented, higher than the national renter rate of 36.2 percent. The average renter in Baton Rouge pays $860 per month, higher than the national average of $1,023 per month. One of the most critical drivers of housing affordability, aside from house value, is local income.

Housing affordability ratios range from roughly 1.0 in the least expensive cities to more than 10.0 in the country’s most expensive markets. However, the average price of a home in the United States is 3.4 times the $60,293 median household income. The median household income in Baton Rouge is $41,761, which is 4.1 times the median home value. Transportation costs can be a considerable part of the overall cost of living. 89.80 percent of commuters in Baton Rouge drive to work, compared to 85.5 percent overall.

A reported 29.50 percent of workers commute to jobs outside of Baton Rouge, a lower percentage than the 43.7 percent of commuters who live and work in other locations across the country. The average commute time in Baton Rouge is 21.3 minutes, compared to a national average of 26.6 minutes. The EPI estimates that a single individual in Baton Rouge spends $9,326 per year on transportation, roughly in line with the national average of $9,760.

Out-of-pocket health care costs and insurance premiums in Baton Rouge are slightly higher than the national average but in line with what they are for Louisiana as a whole. The average cost of health care for a single adult residing in the area is $4,643 per year, compared to $4,707 in Louisiana and $4,266 overall.

Child care costs tens of thousands of dollars per year for families with children. The average yearly cost of child care in Baton Rouge for two children – one 4 year-old and one 8 year-old — is $9,789, almost $700 more than the state’s average of $9,099 per child. Meanwhile, childcare costs for two children in the United States average $15,853 per year.

Another daily item that substantially impacts overall living costs is food. According to data from the United States Department of Agriculture, the cost of food varies from city to city and town to town. A single adult in Baton Rouge spends an average of $3,143 on food each year, while four families spend $9,077. For comparison, a single adult’s yearly food spend in Louisiana, and the United States is $3,119 and $3,240, respectively, and a family of four’s annual food expenditure is $9,006 and $9,354. These figures are based on a nutritionally appropriate diet purchased from a grocery shop and prepared at home.

Taxes are a few expenses that differ significantly from city to city and town to town. After state and federal income taxes, Social Security payments, and Medicare payroll taxes, the average adult working in Baton Rouge, Louisiana, pays $5,801 per year, similar to the state average of $5,772. Other ordinary taxes, such as property, sales, and excise taxes, are not factored into these estimates. When these taxes are taken into account and federal taxes are excluded, residents of Baton Rouge live in a state with a low average tax burden. Louisiana collects $2,437 in state taxes per person per year, compared to the national average of $3,151.

More construction employment is created due to new dwelling construction, and new restaurants and bars bring more jobs in the food and beverage business. Medical, industrial, and educational areas are also joint employers.

Baton Rouge’s weather is unpredictable. It may be raining on one side of the river, while on the other, it may be dry. Furthermore, temperatures might range from 70 degrees one day to 40 degrees the next. Those moving to Baton Rouge should pack a range of clothes and layer their outfits. Summers are scorching hot, with temperatures frequently reaching over 100 degrees Fahrenheit, and the excessive humidity makes it feel even worse. Winter seemed to be passing by. Every year, you will have a few days with temperatures below freezing, and it even sleets and snows for a day or two. You’ll always get another freeze right when you think winter is finished. The weather in the spring and fall is ideal.

Details on the Pros and Cons

The Advantages of Living in Baton Rouge

The Drawbacks of Living in Baton Rouge

Baton Rouge excels in various areas, including education, crime, cost of living, and diversity. Baton Rouge certainly has something for everyone, so it’s such an excellent location to live. In the end, what makes a great place to live in is a personal choice. Some people prefer a smaller city with a close-knit community, while others prefer a more significant metropolis with a broader range of opportunities. What matters is that a city caters to its citizens’ needs and desires.

A city can be a terrific place to live if it has everything a person needs. Numerous variables contribute to a city’s attractiveness as a living environment. One of the essential considerations is cost. Housing costs should not account for a significant portion of a person’s income. Job availability is another crucial thing to consider. A city’s economy should be strong, with diverse work opportunities. A city must also be secure. People should feel safe wandering around late at night, and crime should be minimal. Another critical consideration is the amenities. Restaurants, bars, and other places should be plentiful in a city. A city with a lot of parks and green spaces is also desirable. Finally, a city should have a diversified population. A wide range of cultures and religions should be represented. People should feel comfortable living anywhere in the city.