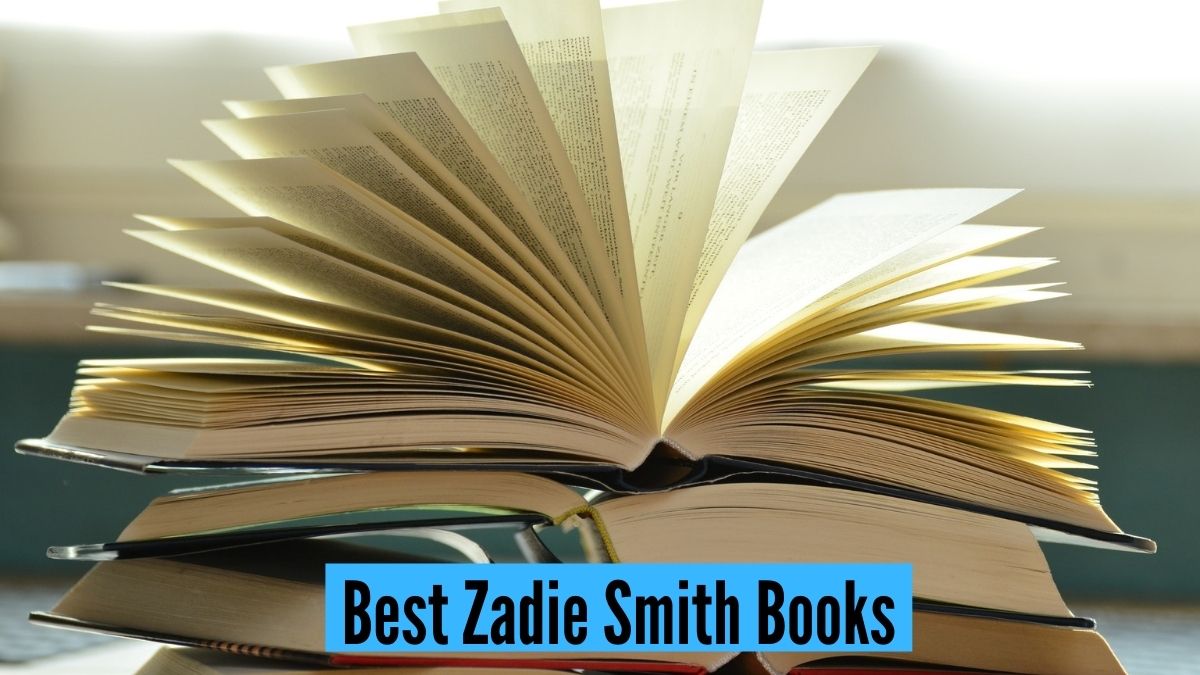 The British author Zadie Smith has presented the readers with a number of bestsellers over the years. Her popularity began to grow with the publishing of her use of Hysterical Realism in the novel White Teeth, which came out in the year 2000 and amazed the readers. And over the course of years, Zadie Smith has written many other books that have received much praise.

When it comes to Zadie Smith as a writer, she has her own style and themes to deal with. Zadie often loves to play with the themes of race, religion, cultural diversity, and identity when it comes to weaving the plot, and this is the reason, her novel turns out to be unique and impressive.

Here are the best book was written by Zadie Smith so far to add a little extra spark to your reading time, and your life.

An award-winning novel, White Teeth was published in the year 2000 that marked the popularity of Zadie Smith as an author. The plot of the novel is very interesting for it features people who are culturally diverse and come to share a bond of friendship. The plot revolves around Alfred Archibald Jones a.k.a Archie a Londoner, and a Bangladeshi immigrant named Samad Iqbal, who become friends during World War II.

Though the novel features war, it mostly focuses on its characters and the consequences of the war on their lives, and mostly a tale of friendship of two men who belong to different countries but share a common bond, of friendship. The novel is very captivating, it explores some major themes of war, religion, love along with many other heart-touching events that will touch the readers deeply.

2. On Beauty by Zadie Smith

On Beauty follows the story of the Belsey family who is a mixed-race British-American. The Belsey family live in the United States, their ethnic and cultural differences highlight the nature of beauty and the ongoing clash between liberal and conservative values in the same family and their circle of friends. By choosing a family of mixed-race, Smith explores the themes of racial and cultural diversity that indeed makes the novel more “beautiful”.

From Blacks to Whites, from London to America, Zadie Smith weaves a beautiful plot that portrays the cultural and racial diversity of the two countries beautifully and this is the reason On Beauty became so popular to win Man Booker Prize and the Orange Prize for Fiction.

A coming-of-age novel that depicts the journey of a woman from childhood to adulthood, Swing Time features an unnamed narrator, who serves as the protagonist. The narrator is a girl who was born to a White father and a Jamaican mother in London, and like one of her friends named Tracey, aspires to become a tap dancer when they grow up. The cultural diversity of the young girls lead the readers to explore different places such as London, New York to West Africa.

When the narrator grows up and recognizes her cultural diversity, and begins to put use to her philanthropic purposes, her love for dancing paves her a path to West Africa, a place where she feels belonged. The novel is divided into seven parts, that keep on shifting between the narrator’s childhood in 1980s London, and her adulthood, working for a famous Australian pop star named Aimee. Swing Time gained much popularity, and was named a finalist for National Book Critics Circle Award for Fiction and was long-listed for the Man Booker Prize. This wonderful novel by Zadie Smith is a must-read for young women with dreams.

A book that has been longlisted for the Carnegie Medal, Grand Union by Zadie Smith is a collection of amazing short stories. This modern book collection of short stories features 19 engaging and captivating stories, that feature interesting young females and few males as captivating characters. The stories are dazzlingly rich, the style and language are exquisite, and mostly reflect Smith’s observation on time and place, identity and rebirth, and the persistent legacies that haunt our present selves and the uncanny futures that rush up to meet us. Smith’s brilliancy equally as a novel and short story writer is clearly evident in the collection. Grand Union will serve as a wonderful read for young readers who are going through their adulthood and dealing with the complexities of the modern world.

NW is a popular book of Smith that was a 2012 National Book Critics Circle Award Finalist and was mentioned among the best book lists of New York Times, The Wall Street Journal, and also became the Washington Post Notable Book of 2012.

This remarkable novel by Smith deals with the stories of several protagonists living in contemporary London. The novel is a unique blend of narratives for it features first and third-person views along with “Stream of Consciousness” to bring the best outcomes.

Although the friendship of Leah Hanwell and Keisha Blake is the main focus of the narration, the plot also provides a glimpse into the lives of other notable characters such as Felix Cooper who is an addict and struggling to get rid of his self-destructive behavior, and a French Algerian immigrant called Michel. The plot mainly focuses on the NW neighborhood of London, where the characters go through the complexities of their lives and relationships that include friendship, marriage, love, and addiction. A book that young readers will thoroughly enjoy, NW is a deserving read.

Winner of the 2018 National Book Critics Circle Award for Criticism and a notable New York Times book, Feel Free is a spectacular collection of essays by the beloved author Zadie Smith that reflects Social, Political, and Cultural awareness in the most enticing narration. The book is divided into five parts as “In the World,” “In the Audience,” “In the Gallery,” “On the Bookshelf,” and “Feel Free”, and each of these parts focuses on important issues of the 21st century. From raising and answering Political questions to focusing on important themes like Identity, Existentialism, Populism, Political influence to taking readers to the pursuit of happiness, these collections of essays will instill confidence and positivity amongst young readers.

7. The Autograph Man by Zadie Smith

The Autograph Man focuses on the character of Alex-Li Tandem a Jewish-Chinese who sells “autographs” and makes his living with them. It all begins when Alex meets Joseph Klein at a wrestling match in London, and their conversation leads them to the topic of “selling autographs” for a living. And from point of time, Alex establishes himself as an autograph-seller, running after famous personalities including celebrities, and selling them for a living.

Sometimes faking it, and often selling popular autographs, Alex’s business shatters when he meets with an accident. After his recovery, Alex is after the autograph of Kitty Alexander, whom he had been writing for months, and when finally a photograph arrives with an autograph, he is desperate to find this woman. Alex along with the guidance of a“famous whore” Honey Smith embarks on a quest to find this mysterious woman, and won’t stop unless they have revealed her true identity. A remarkable novel by Zadie Smith that is truly captivating, The Autograph Man deserves much praise and recognition for its unique plot and an interesting character like Alex-Li Tandem.

Another collection of essays on our list by Zadie Smith that deserves a mention, Changing My Mind: Occasional Essays is an autobiographical collection of essays by the author, that pretty much reflects her intimate self and her journey of becoming an author. Those of you who would love to know why, when, and how Zadie Smith became the author she is today, and what was her inspiration behind her commitment to writing, then this collection is the best choice.

The collection is split into five main sections such as Reading, Being, Seeing, Feeling, and Remembering, each of these sections is personal and engaging. It is in these sections, Smith reveals her passion for writing, her family, inspirations, favorite books, and movies. The essays are so intimate that readers will feel deeply connected to the author instantly. From highlighting British Comedians and Italian Divas to writing about renowned modern authors like Katherine Hepburn, Franz Kafka, Anna Magnani, or Zora Neale Hurston, these collections of essays provide a deeper insight into the author’s mind and intellectuality.

The last book on our list, Intimations by Smith is another short yet powerful and reflective collection of essays that are deeply personal and “intimate”. There are a total of 6 remarkable essays that explores the author’s clear, insightful ideas, questions on reality, compassion, sufferings, and isolation, every topic covered in the essays will be the ones you can deeply connect with.

Intimations provide the opportunity for readers to know the mind and ideas of Zadie Smith intimately, and provide them with a wonderful reading experience.