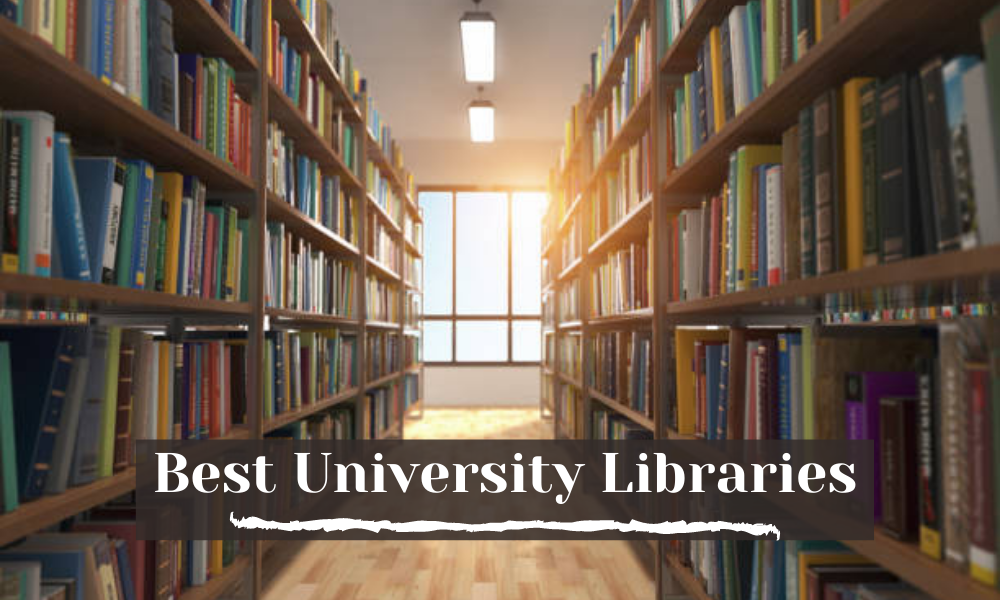 There are a number of private and public universities around the country but have you ever wondered, what universities have the best libraries around you? Well, today we answer that question of yours as well.

We have made this list of the best and the most extensive libraries which house the most books and manuscripts dating back to which time. We will also pay attention to in which time period the library was established along with several other factors as well.

Hope you enjoy reading the rest of the article while also gathering some valuable information.

The Beinecke Rare Book and Manuscript Library was built in 1963. Made with architectural genius, it has a light colour marble to keep the volumes undamaged by the sun. The library houses rare books kept at a precise temperature with humidity controls throughout the entire building.

No materials from the library’s underground storage or tower areas are to be taken out under any circumstances by any student. There is a reading room present for those who want to read those rare books and manuscripts. 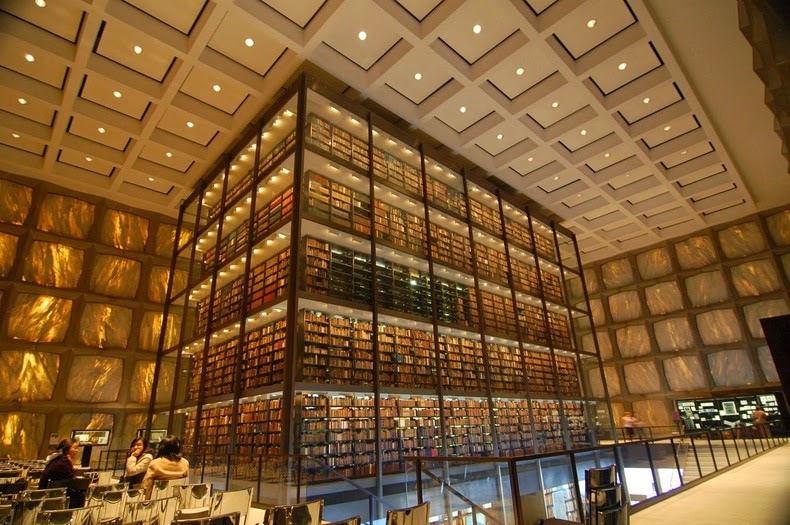 The Paul Barret Jr. Library was constructed in 2005 and was designed to maintain the Gothic architectural style of the college. The building uses clad in rubble and limestone with two towers along with it. The roof is made of copper and slate with symbols carved in gothic style for the college’s long tradition.

The library houses 500,000 books and multiple computer labs, a specific technology room for the impaired students, and a theatre that can hold up to 32 students. 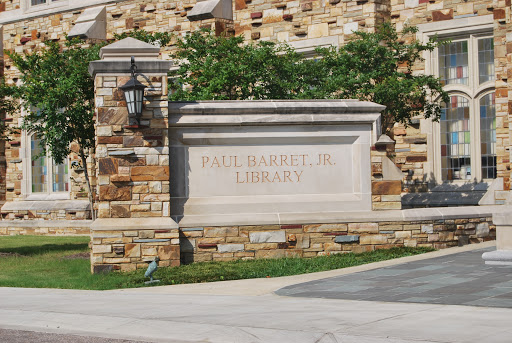 Being one of the most comprehensive law libraries in the US, the Meskill library is also one of the most beautiful. The library provides various books and services to the public as well since it is a state university. It houses 500,000 volumes and thousands of manuscripts dating back to 1908.

The library houses all sections of the law and the most significant section to insurance law. The library was named after Thomas J. Meskill, a graduate who worked in all three branches of the government and served as the governor of Connecticut. 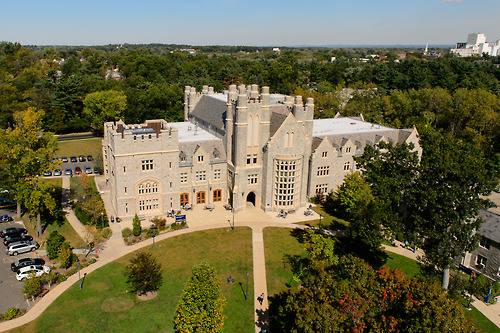 George Ainsworth designed the library in an Italian Renaissance style. The utilization of natural light that illuminates 12 floors of books was revolutionary for the period in which it was built. 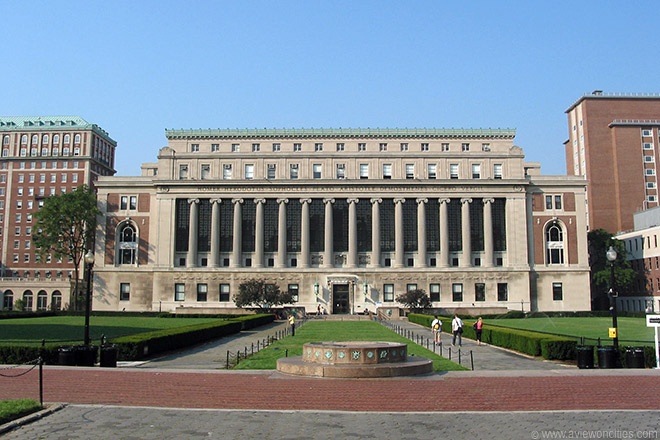 The Sterling Memorial Library is the largest branch in the Yale University library system, with four million volumes. The building has a tower with 15 floors, each dedicated to a unique subject. It houses a massive display of humanities and social science. Some other topics in the library are cultural studies from various regions, several philosophic titles, a group of Babylonian volumes, the papers of Benjamin Franklin, and many rare manuscripts. 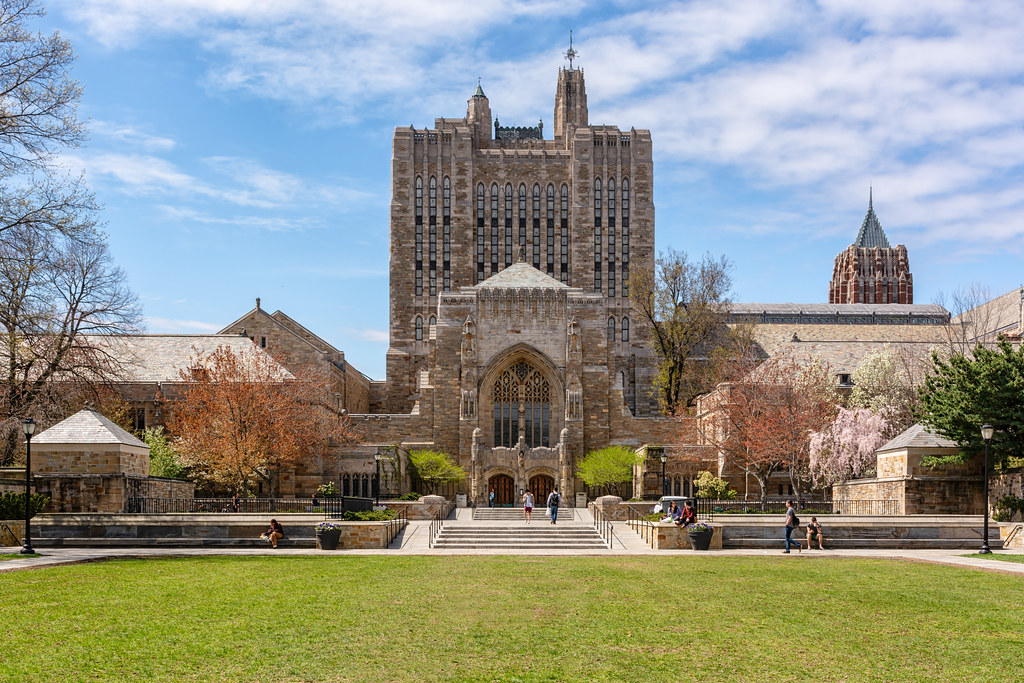 The Andrew Dickson White Library is also home to Uris Library, initially built-in 1891 to house 30,000 volumes of the personal collection belonging to the university’s first president. The building is three stories tall, crisscrossed with walkways, and filled with enclaves of books.

Andrew Dickson White was the co-founder and first president of Cornell, and he donated his collection to the school, which amassed to about 30,000—which increased the school’s collection of 90,000 books by a third. The group had books on witchcraft, abolition, and revolution. There were 4,000 books just on architecture, making it the most extensive collection of architectural books in the country for a brief period. 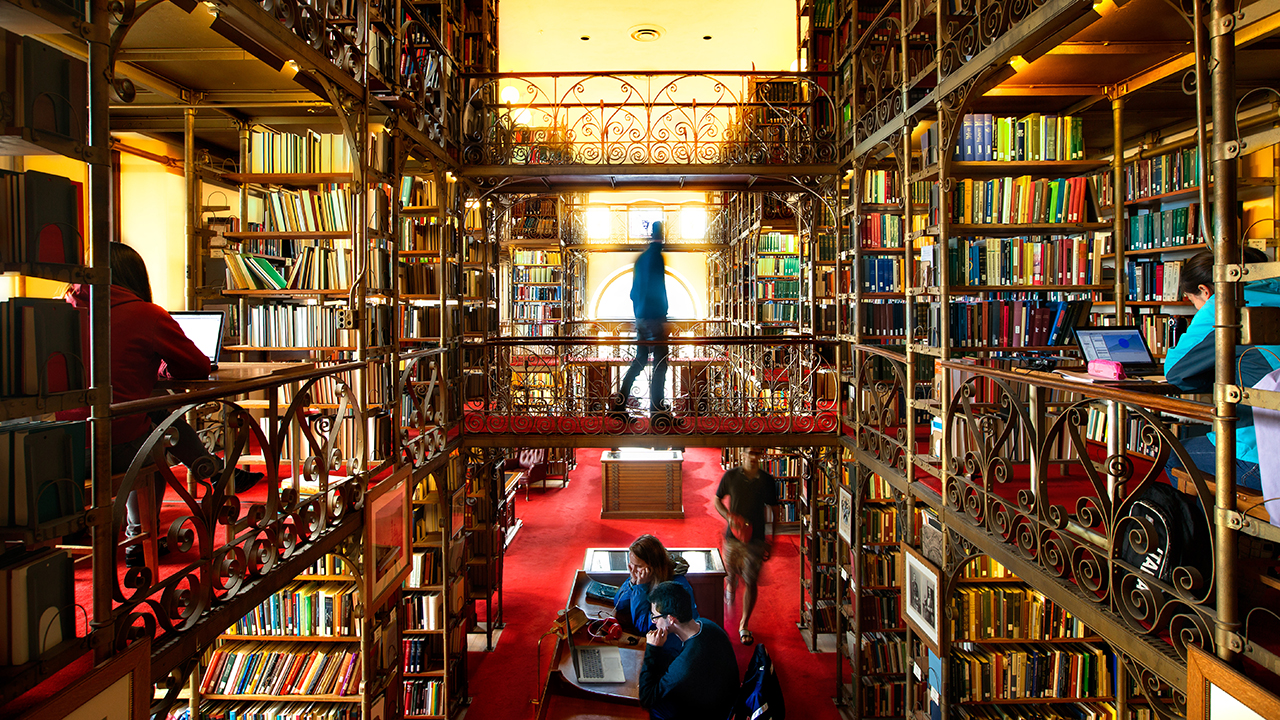 The library has been rebuilt several times to accommodate the college’s growing collection of books and manuscripts. Today, the library houses more than 1 million volumes, thousands of periodicals, and an extensive collection of microfiche records. It also has a high-tech learning centre known as the Media Cloisters.

An impressive cathedral-style building holds this massive collection of historical publications. The library’s main hall has a decorative rose window that portrays the first woman to receive a doctorate.

The lavish building was designed by architect Edmund Lind in 1857 and is often a venue for banquets and galas. However, this library houses 300,000 volumes that cover a variety of topics and agendas. The majority of the rare books date back to the 18th and 19th centuries. There are also cuneiform tablets from Mesopotamia, early printed books, and a quirky collection of Don Quixote editions. 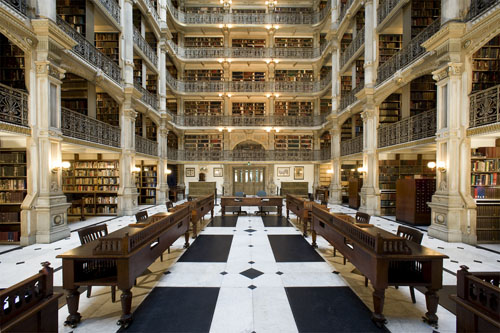 The library is spread over 98 miles, housing approximately 6 million volumes, manuscripts, and more. From a small book collection housed in the principal’s office to one of the largest and most recognized university libraries in the United States, the library was named Harold B. Lee, a former president. “Learning by study and by faith” is the Harold B. Lee Library motto at the university. Vocal Point recorded a music video at the library in 2011, and an advertisement agency filmed a parody of an Old Spice commercial in 2010. 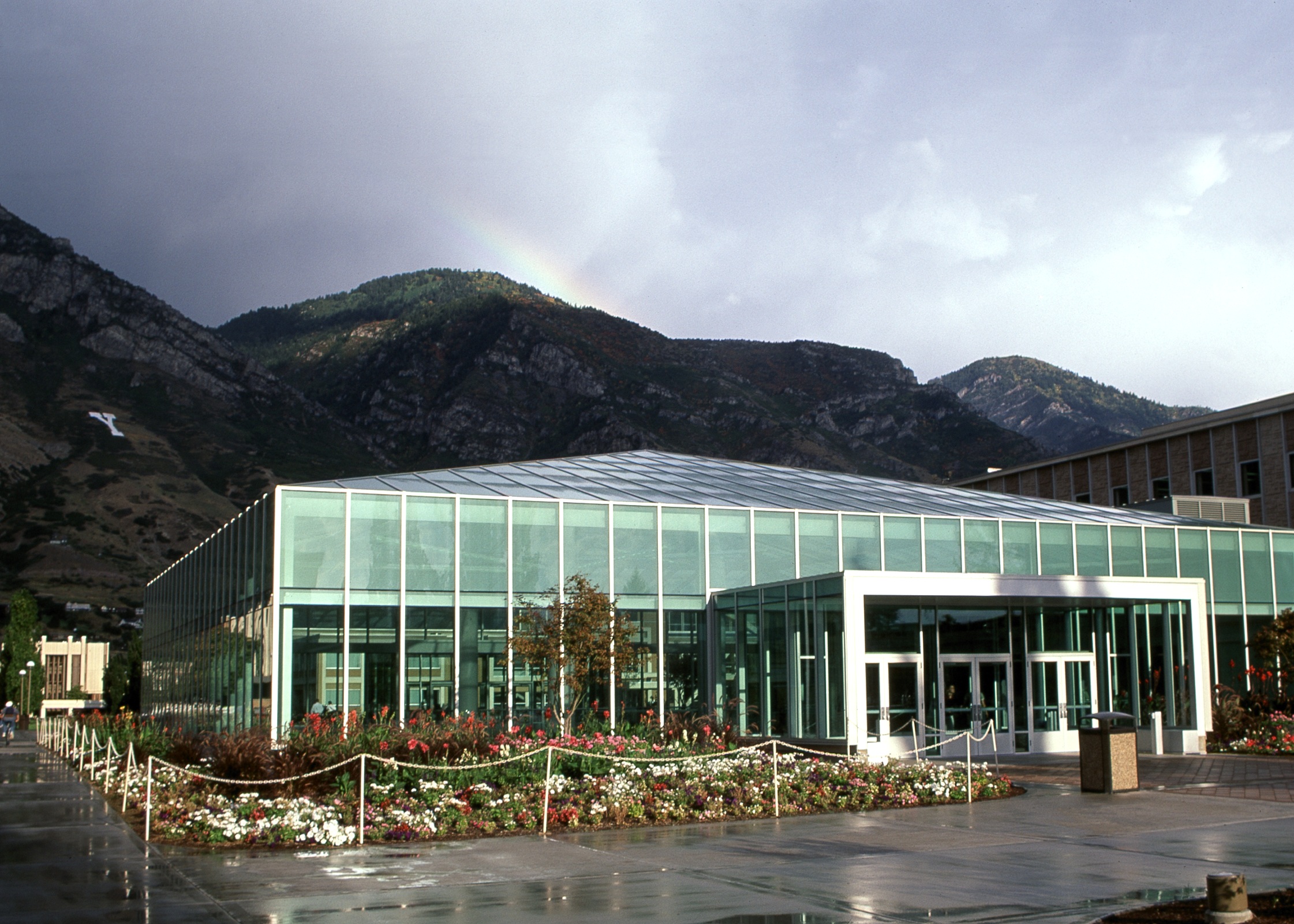