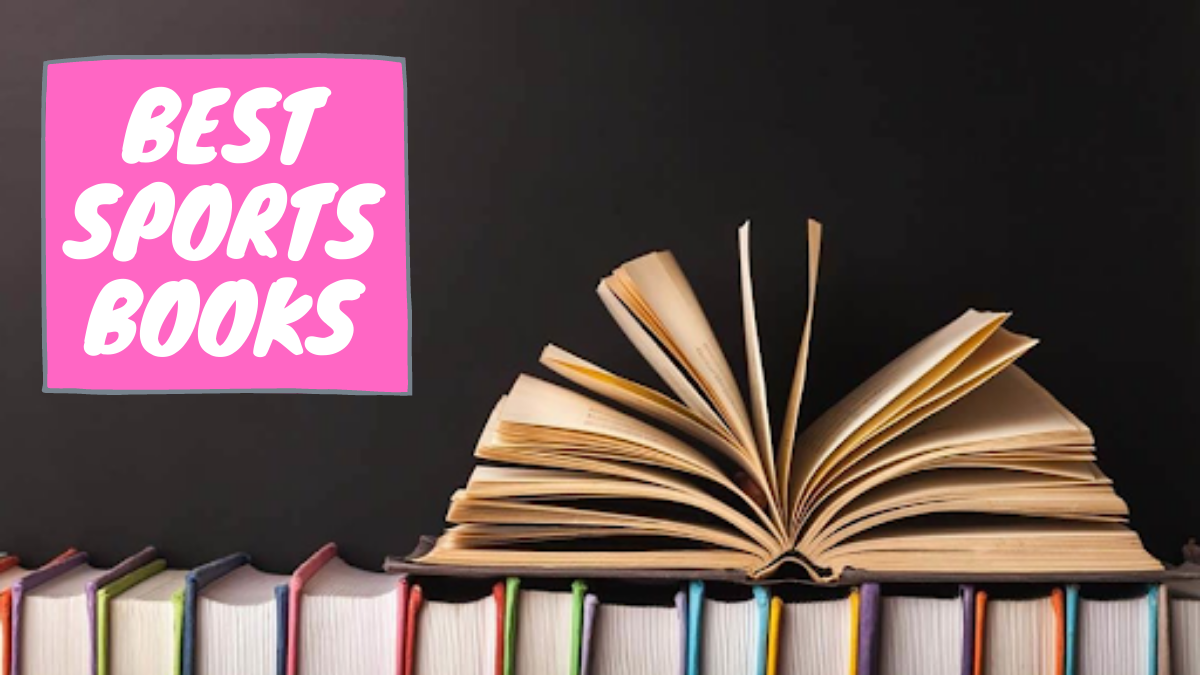 Be it autobiographies or books of game strategies, there are a plethora of sportsbooks that have enticed readers with their engaging content. From football, baseball, golf to basketball, there are numerous impressive books covering every game, that have inspired generations with real-life accounts of players and their stories of failures and success.

In this article, we are going to feature the best sportsbooks ever written, that are ideal for sports enthusiasts and can prove to be a great source of inspiration.

1. The Jordan Rules by Sam Smith

A book was written by popular sportswriter, Sam Smith through his book creates a different level of perception about the most celebrated player of all times Michael Jordan. With nonstop excitement and thrills, this book takes readers to the nail-biting season of 1991, when everything changed for Chicago Bulls and Michael Jordan.

The Jordan Rules probably is one of the best sportsbooks written because it comprises of fun, thrill, excitement, all together, and is a thoroughly entertaining book to read. The book features the inside story of Michael Jordan, his come-back performance, his roles in the championship, and much more. Through a major focus on Jordan, Smith reveals other appealing and sometimes saddening accounts of Jordan’s teammates, who reveal their experiences of playing with Jordan. Smith records that Jordan had a stormy relationship with his teammates and coaches, and often times refused to pass the ball during crucial situations of NBA tournaments. There are many more interesting facts in the book that will entice the readers and keep them glued to it.

An award-winning memoir that represents Nick Hornby’s obsession with the game of football (or Soccer if you wanna say), Fever Pitch is a brilliant sportsbook with engaging content. It is his obsession and love for the game, and his entertaining write-up, Hornby is recognized as a fanatical football writer whom the readers love for his light-hearted, fun-to-read piece of works.

A tribute to his lifelong obsession with the game, Fever Pitch records some autobiographies, some fun experiences, memorable moments of the game, and much more. And all of these are recorded by Hornby as a spectator who has been to witness the games since he was a child. His experience has been classified into the growing stages such as Childhood, adulthood, and so on, and has presented a series of games, how he felt about them, his fun commentaries, excitement, and much more. Reading this book might feel it is an account of an insane football lover, but it is undoubtedly one of the best sportsbooks you will ever read.

3. The Mamba Mentality: How I Play by Kobe Bryant

A book featuring one of the greatest players of all time Kobe Bryant, this autobiographical account reveals his strategies of the game and most importantly the “Mamba Mentality”.

This book features the personal perspectives of Kobe Bryant, his playing rules, and his exceptional style that made him world-famous. A player who has been titled as the “Black Mamba” for his exceptional strategies and wins, Bryant decides to share all of his experience with the team and games, wins, and losses with the world. Bryant’s intellectual skills that he showcased on the basketball court made him super popular and his fan following rose to billions or more across the world. Although Bryant’s sudden death was extremely shocking to the world, his autobiographical masterpiece will continue to inspire generations for centuries to come.

4. Doc: The Life of Roy Halladay by Todd Zolecki

An inspirational book of sports written by Todd Zolecki depicts the real-life struggles and achievements of the world-renowned baseball player Roy Halladay. A player who began his journey with the game through utter failure, and was about to get rejected by the team, shocks the world with his come-back to become the best pitcher in the world. His journey from zero to hall of fame is truly an inspiration for generations, and there are a lot of things to learn from the almost impossible journey of Halladay.

Football Against the Enemy by Simon Kuper is one of the finest sports books ever written, and that has also received the William Hill Sports Book of the Year Award.

Kuper through his book links football around the world and factors affecting it such as politics, corruption, and many other dark things that not many have the guts to write about. Kuper travels to 22 countries across the world to examine the factors affecting the world of football and the lives of players mostly based on national politics and other unavoidable pressures. During his journey, he encounters the best players around the world, interviews them, and records their views about the game. This exceptional book of sports by Kuper is a very interesting read for sports enthusiasts.

6. How I Play Golf by Tiger Woods

One of the recent biggest names in the world of golf, Tiger Woods reveals his strategies of the game that made him world number 1. Woods was the youngest player in the world to achieve a Grand Slam for his exceptional win at professional championships. This book takes you to an insight into Wood’s rules of playing the game and his secrets behind success. For golf enthusiasts who want to become successful like Woods someday, this autobiographical book is a treasure.

7. Tommy Armour How to Play Your Best Golf All the Time

The best book on golf ever written Tommy Armour introduces readers to the secret strategies of being able to play “best golf all the time”. Armour is regarded as the best teacher than the player he was, his teachings have proven to inspire generations more than his wins. Hence, this book gives readers a wonderful opportunity to learn the foundation of best golf from the expert player himself. From positioning, grip holds to swing, to making the best shots, this book has everything an aspiring golf player needs to know.

8. Moneyball: The Art of Winning an Unfair Game by Michael Lewis

Another delightful account of baseball, Michael Lewis features the Oakland Athletics baseball team and its general manager Billy Beane who despite having a small budget proved to be a competitive team. This book records the exceptional analytical skills of Billy Beane who took the low-budget team into a world of fame. Moneyball is a unique book of sports that teaches readers how to handle tough situations and overcome struggles with analytical and statistical skills.

9. The Boys in the Boat by Daniel James Brown

The Boys in the Boat is about an epic quest of eight crew for Gold at the 1936 Berlin Olympics. This fascinating yet real-life incident of the winning of the gold medal at the Olympics by the students of the University of Washington is not only interesting to read, but also features an impossible win. This crew of ordinary players belonging to ordinary backgrounds was competing with the elite teams of the East Coast and Great Britain, yet with their determination and hard work, they defeated them all and made a remarkable history. The most shocking truth lies in the fact that this American team also defeated the German team that was rowing for Adolf Hitler. Read this amazing book of an impossible win that will leave a good impression and inspire you in many ways.

10. The Greatest Football Teams of All Time: A G.O.A.T. Series Book

The last book on our list is ideal for kids, A G.O.A.T series that features the best football teams of all times including Patriots, Steelers, Miami Dolphins, and many others. This book published by Sports Illustrated Kids includes various player profiles, greatest teams, and team-building strategies, thrilling narratives, fun facts, and most importantly eye-catching pictures. A thoroughly entertaining book of sports for kids, teens as well as adults that will be a great pass time and enhance their sports knowledge. This book is undoubtedly going to inspire kids to learn and play football and carry a dream of becoming successful on the field.

We hope these 10 books on our list are not only going to be a great pass time for readers and especially for sports enthusiasts but also will inspire generations to play these games.