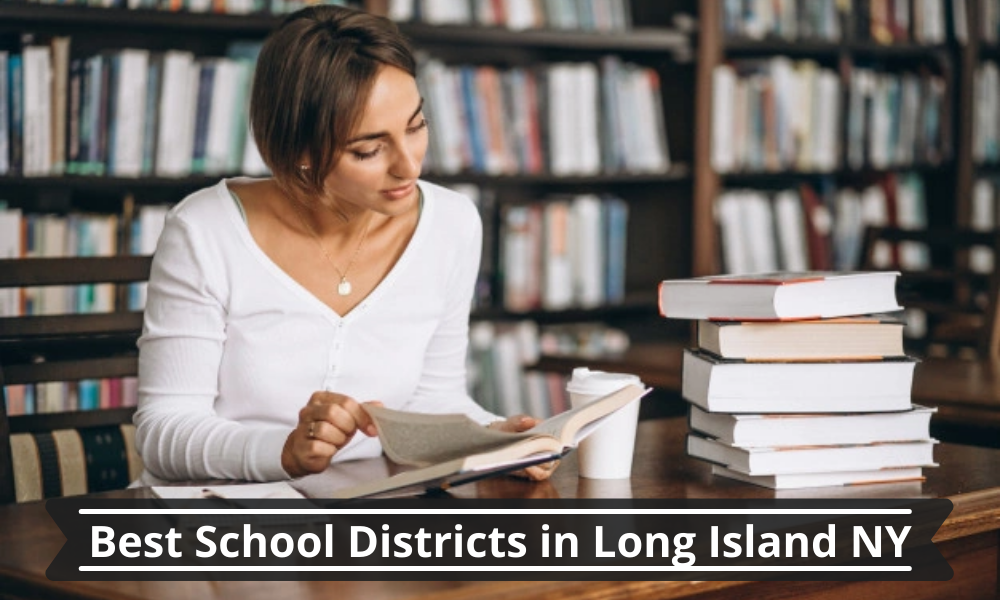 Life on Long Island offers students the peace of mind that they can live in the New York Metropolitan area and study easily. Students can visit the famous beaches of Long Island, including the Hamptons and Long Beach, located 40 km outside the area. There’s a great deal to keep up with, with 127 school districts and over 200 private schools on Long Island. Public schools, as well as charter, private, and parochial primary and high schools, are included in these schools.

Long Island is a centre of higher education, along with a handful of state universities and college campuses, as well as nationally rated private colleges and universities. Any type of education you wish to receive, on Long Island you can find a suitable institution.

Great Neck Public Schools serves children living in unique parts in Great Neck, North New Hyde Park, and Manhasset Hills, New York, as a community public school district. It is number 7 of the Union Free School District on Long Island in the community of North Hempstead, Nassau County, New York, United States. More than 6,500 students attend the Great Neck Public Schools in grades K-12. The diversity of the school culture is contributed to by a diverse demographic. According to the NYS Education Department, student achievement is high, with some 98 per cent of their graduating seniors moving on to higher education. Less than 1 per cent in the annual dropout figure.

The Jericho Union Free School District in Jericho, New York, is an American school district. It started with the completion of Jericho High School in 1959. Three primary schools, one middle school, and one high school are in the district. Henry L. Grishman is the current Superintendent of Schools. The Jericho Public Schools are devoted to developing all members of the educational community’s human skills and special strengths and training them for the rapid technological changes of the information age. The city of Jericho and areas of Westbury, Old Westbury, Brookville, and Muttontown are served by Jericho UFSD.

Syosset Central School District has a reputation for academic achievement at the national level. In order to amplify the academic agility and cultural abilities of learners, the District is committed to delivering a well-rounded experience that cultivates inquiry, enthusiasm, and creativity. With a recently introduced K-12 coding initiative, Syosset is at the forefront of bringing computer programming into the curriculum and has made major investments in digital technologies intended to boost the learning environments of children. In an attempt to address a number of learning types and programs, the District is piloting versatile learning environments.

The Herricks Union Free School District is a school district on Long Island, in New York State, located in western Nassau County. In the Greater New Hyde Park area, the district represents a variety of communities, including Herricks, Garden City Park, Manhasset Hills, Searingtown, North Hills, Williston Park, and Albertson. In 1813, the school in Herricks was founded, making it one of the oldest in the county of Nassau. It was named after the Herricks Path, a pathway that existed as early as 1659. By 1898, the Herricks School was one of the few single-room schools in Nassau County. In 1958, the High School opened and in 1960, it had its first graduating class.

The Manhasset Union Free School District in Manhasset, NY, is a highly ranked public school district. It has 3,244 students in grades K-12 and a student-teacher ratio of 12:1. 85 per cent of pupils are at least proficient in math and 83 per cent in reading, according to state test results. The current superintendent of the district is Dr Vincent Butera.

The district prioritizes the improvement of social and emotional frameworks and promotes, strengthens, and supports learning systems by common best practices through buildings, grade levels, and divisions, and establishes a long-term strategy compatible with the newly established vision and mandate of the District. 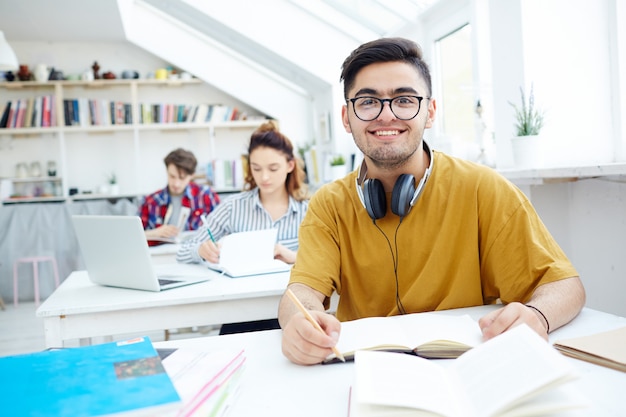 The East Williston School District is a tiny K-12 school system that prides itself on teaching its students with an individualized and customized approach. Teaching classes are comparatively small; support services for students are strong, and curricular and co-curricular activities are varied. In this district, the promotion of academic achievement represents the strong conviction that all students should succeed and that all students receive high-quality classroom instruction.

That also means that, in terms of fundamental literacy, there are strong academic standards. The training curriculum is targeted at encouraging critical thought and a love of learning. East Williston is a diverse K-12 school district with over 1,800 students enrolled in three schools: K-4 grades, North Side School; 5-7 grades, Willets Road School; and 8-12 grades, The Wheatley School. A full spectrum of pupils is represented by an experienced faculty of approximately 185 teachers.

Less than 20 miles from midtown Manhattan, the Roslyn Union Free School District is headquartered. The school district covers a five-square-mile area that comprises a community of predominantly suburban areas on the north shore of Long Island, including the historic Roslyn Village and all or part of East Hills, Flower Hill, Greenvale, Roslyn Estates, Roslyn Harbor, and Roslyn Heights. There are five schools in the district: Heights Academy, a pre-kindergarten early childhood facility, kindergarten, and half of the first-grade students in the district; East Hills School, an intermediate school, grades 2 through 5; Harbor Hill School, an elementary school, grades 1 through 5; Roslyn Middle School, grades 6 through 8; and Roslyn High School, grades 9 through 12. The overall enrollment in the district exceeds 3,000 students. 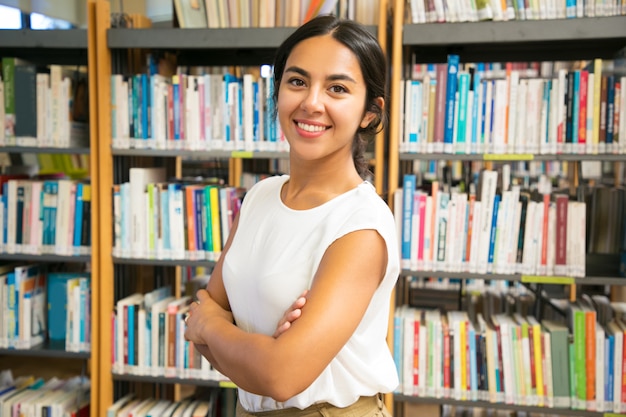 One senior high school, two middle schools, and four primary schools with an approximate population of 5200 are run by the Plainview-Old Bethpage Central School District. Of the personnel of the school district, some 525 are professional workers, and 350 are support staff. In all fields of education, including music, theatre, fine arts, and athletics, POB students continue to perform impressively. The Plainview-Old Bethpage Central School District’s goal is to educate civic-minded students to engage productively as self-directed, positive, interested, compassionate, and empathetic learners in a complex and ever-changing environment.

The Half Hollow Hills Central School District, an education-oriented community with strong academic standards, is located in a suburban area of 50,000 residents in the central part of Long Island, some 40 miles from New York City. The school district has five primary schools, two middle schools, and two high schools to allow for the schooling of nearly 7,500 children. The New York State Board of Education has fully certified Half Hollow Hills High Schools. The district is committed to offering opportunities for all pupils to participate in academia, sports, and the arts. With the merger of three union-free school districts in 1954, the Half Hollow Hills Central School District was organized and serving 1,146 students at the time. The District is more than eight miles wide, from east to west, and from north to south, more than four miles wide. 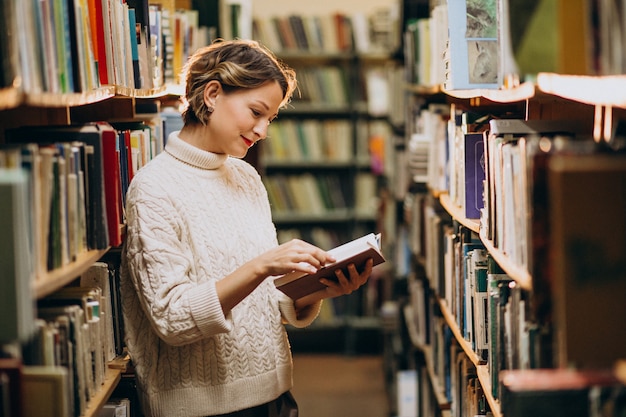 In the southwest section of Nassau County, New York, the Hewlett-Woodmere Public School District, Union Free School District 14, is located and borders the Queens borough of New York City. District communities include, in whole or in part, Hewlett, Woodmere, Woodsburgh, North Woodmere and the unincorporated Valley Stream area, Valley Stream’s Gibson portion, Hewlett Harbor, Hewlett Neck, and Hewlett Bay Park, as well as parts of Lynbrook, all of which form the school district’s geographical borders. In pre-K to 12th grade, there are about 4,400 students enrolled. The district is administered under the oversight of a seven-member School Board.