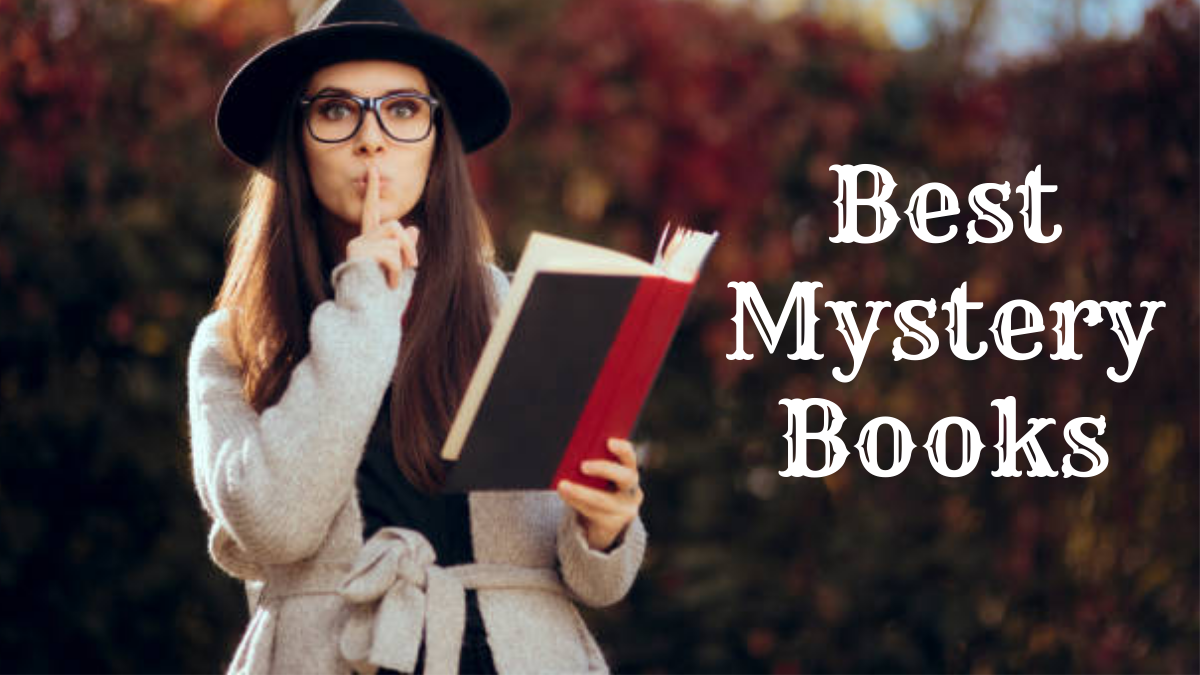 The mystery is one of the most intriguing genres to read be it in novels or short stories. Mystery has an ever-engaging ability that makes its reader stick to the work of an author unless it is resolved and the final truth has been unveiled. The genre of mystery has often been linked by authors to crime, horror, human psychology (typical characters going beyond the barriers of normality), and other negative aspects of life, that eventually come together at the end to reveal the ultimate truth (such as a murderer being discovered and arrested since he/she has committed a crime).

For the lovers of reading mysteries, we have arranged a list of top-10 mystery books of all time that will bring confusion to your world of illusions and reality, and take you through a journey full of suspense, thrill, and mystery. These books can be easily bought on amazon.com at attractive offers.

The first novel on our list is a book that made  American author Gillian Flynn the New York Times Best Seller in the year 2012 and led her to worldwide recognition for its gripping, thrilling tale. The book’s success led to the adaptation of the movie by the same name that released in the year 2014 and became a huge hit.

The novel no doubt mysterious and intriguing has a well-developed plot where Amy Dunne goes missing on the day of her 5th anniversary. Her husband Nick Dunne returns home to find no trace of her however, he is the only suspect of her disappearance. This story takes you to a thrilling journey through its thrilling, full of suspense plot, murky characters and dark thoughts only to reveal the shocking truth at the end. Get your copy today and be a part of this thrilling experience. A matter of advice, only watch the movie (if you wish to) after finishing with the book otherwise it will take away its originality and essence.

2. And Then There Were None by Agatha Christie

An author has known worldwide for her extremely popular tales of mysteries and crime and her intellectual detective Poirot taking the investigations to a whole different level, one cannot disagree that these books are pure pleasure to read, Agatha Christie ranks 2nd on our list with her book And Then There Were None.

Published in the year of 1939, the novel opens with a mysterious invitation to the Indian Island by Mrand Mrs Owen, and all the characters invited set on their journey to respond to the invitation, and all are share a collective memory and relation with a past death case. All the characters have separate reasons to visit the island, and when the story begins to unfold, and the characters come to a realisation that they are not familiar with Mr and Mrs Owen, everything begins to turn mysteriously dangerous.

3. The Hound of the Baskervilles by Sir Arthur Conan Doyle

The creator of one of the finest character one has ever brought to life, the unbelievably intellectual detective Sherlock Holmes who has a solution to every mystery. The Hound of the Baskervilles by Arthur Conan Doyle is one of those books of suspense, thrill and mystery that will leave an everlasting impression on its reader.

Published in the. the year 1902, the novel is based on a local legend of a satanic, supernatural hound that haunted the Baskerville Hall and its heirs for generations in Dartmoor in Devonshire, England. Sherlock Holmes and his assistant Doctor Watson visit Devonshire after the mysterious death of the former owner of Baskerville Hall, Sir Charles Baskervilleto answer the call of the new heir Sir Henry Baskerville, who is haunted by the fear of death and losing his life to the legendary hound. Sherlock and Doctor Watson are investigating the journey to take the reader to an experience of horror and mystery in almost every step and a couple of intriguing characters who maintains the tension of the novel.

A tale of murder, mystery and thrill, Da Vinci Code by Dan Brown revolves around the incident of a murder at the renowned Louvre Museum of Paris, and its clues related to Da Vinci’s painting (“Mona Lisa”), the novel takes its reader to a religious mystery that has ties to the history that relates back to 2,000 years.

This book received so much popularity throughout the world that it was later adapted as a film in the year 2006 that too became a top hit and did justice to the original plot by Dan Brown. Da Vinci Code is a classic, and remains as one of finest books in the genre of mystery.

5. The Girl on the Train by Paula Hawkins

A mysterious plot revolving around the protagonist Rachel who goes through a disturbed state after being divorced, The Girl on the Train unfolds to become more than a story of a mere woman struggling with her life, it rather leads the reader to a mysterious missing of a woman named Megan Hipwell whom Rachel believed to have seen from her regular train on the day of her missing. The unfolding of murder leads to many shocking incidents and no one happens to believe Rachel eventually. Will she be able to resolve this unusual mystery and find the person behind it? That’s left for you to discover.

6. In the Woods by Tana French

The first book in the series of Dublin Murder by the Irish author Tana French, In the Woods, is one of the finest mystery investigating novels that portray the story of two Dublin Police detectives of the Dublin Murder Squad who resolve the incidents of mysterious murders. One of the main characters is Adam Robert Ryan an investigator, who experienced a nerve-chilling ordeal for the murder of his two friends Jamie and Peter when he was just 12 years old. And the other The novel then moves to the present scenario where Adam is the investigator and known as Rob, who is partnered with a female detective Cassie and together they are assigned to solve a horrific murder mystery of a 12-year old girl named Katy Devlin. The novel covers a series of intriguing events that keep the reader glued to the book until the final outcome.

7. The Woman in White by Wilkie Colins

Published in the year 1859, The Woman in White remains as one of the finest book of mystery. Colins portrays a real-life criminal case where a fugitive escapes from an asylum dressed top-to-toe in white that leads to two mysterious murders. The main characterWalter Hartrightremains a witness to this mystery during his stay at London when he is assigned to teach art to two young women. Through multiple narratives, Colins portrays a wonderful story of romance, mystery, murder and suspense that is truly captivating.

A successful novel later adapted into a film by the same name and enacted by none other than Leonardo DiCaprio. The Shutter Island by Dennis Lehane weaves an unique masterpiece of fantasy and mystery that is enough to leave the reader perplexed. This amazing novel revolves around an investigation led by Teddy Danielsto find a missing fugitiveof an asylum, situated on a remote island. The investigation of finding the woman leads Teddyto discover many dark secrets and much more mysterious events take place in relation to it. Shutter Island is one of the most unique plot of mystery with a blend of psyche that will challenge your beliefs and conclusions.

9. In Cold Blood by Truman Capote

Truman Capote brings a true incident of murder in his celebrated work In Cold Blood that depicts a nerve-chilling murder incident of the whole Clutter family, and unfolds its killers, their motives and their ultimate trial and punishment. A tale enough to send a chill down your spine, the book remains a favourite among the lover of crime fictions and mystery.

The last one on our list is a unique classic by R.L. Stevenson that not only revolves around mystery, murder and investigation, but also has a shocking truth to reveal at the end. Be it the scenes of desolated empty streets of London or the gruesome murders of Mr. Hyde, this novel will take its reader into a nerve-chilling experience where Mr. Utterson and Enfield try their best to bring out the unbelievable truth to the reader.

These best mystery books of all time are surely going to be a pleasure to read and also serve as a great time pass. Get your copies today to explore the greatest mysteries penned so far.