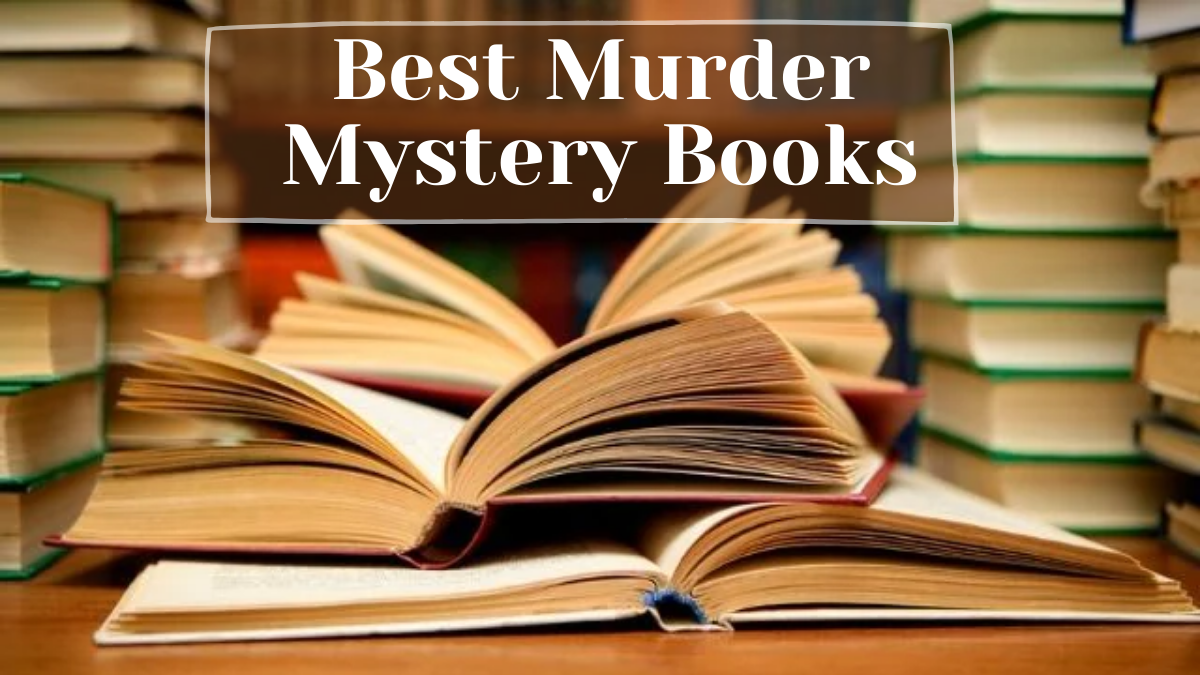 The thrill of a classic whodunnit story is just irreplaceable. Murder mysteries are probably the most popular genre of books. They are fast-paced and they leave you hanging with anticipation which is what most people crave. New and innovative murder mysteries are being brought out by authors year after year. Some criminals even get inspired by murder mysteries to carry out their own crimes! While that is absolutely abysmal, a perfectly crafted murder mystery can leave you spellbound even hours after actually reading the book.

I feel that the charm of a written mystery is far greater than the one you see on the TV or your laptop. When you are actually reading a crime novel, you picture the characters, you get to decide what they look like and you essentially create your own movie in your head. The thrill that gives cannot be recreated by any movie. If you do have the habit of reading you will definitely relate to this.

We have put together a list of the top 10 best murder mystery novels. So, pick out the ones you have not already read and curl up in your favorite chair and get those detective instincts working.

1. The Secret Place by Tana French

The Secret Place combines a teenage high school story with a murder mystery to bring out a page-turner. This is actually the fifth book in a series of novels by Tana French named the Dublin Murder Squad. The story revolves around detective Stephen Morgan who is contacted for his skills to try and solve a cold case that happened a year ago. A young man from the boys’ boarding school is killed on the grounds of the girl’s boarding school and the murder has not been solved until Morgan gets on the case. When a picture of the boy shows up on the ‘Secret Place’ notice board that students use to communicate anonymously saying ‘I know who killed him, things get really interesting. The story takes off from there and is a perfectly crafted classic teenage story without any unnecessary drama.

Vikas Swarup is one of the most celebrated Indian authors of all time. He wrote the book ‘Q n A’ which was later adapted into the very popular film, ‘Slumdog Millionaire’ which tells the rags to riches story of a poor boy from a slum in Bombay. Six Suspects is his first murder mystery novel and it helps cement the fact that he really Is an amazing writer. Vicky Rai, a rich and popular playboy gets murdered at his own party and journalist Arun Advani tries to get to the bottom of the case. The journalist has only 6 suspects and all of them have different reasons to kill Vicky. The story takes us through the journey of Advani to find Vicky’s killer. The story is absolutely thrilling and the setting of the story is given in a really beautiful way in India. Definitely, a must-read.

Bluebird, Bluebird is a 2017 thriller written by Attica Locke.  Locke’s first work, ‘Black Water Rising’ was nominated for a 2010 Edgar award and a 2010 NAACP image award. The story happens in East Texas and our protagonist is a black Texas Ranger called Darren Mathews. He has to come back to his roots to solve two murders. A black lawyer and a local white woman are murdered in cold blood in his town and Darren should solve the crimes and also save himself. The story is a perfect thriller and will keep you guessing till the end. The novel also sends a message about the collision of race and justice in America.

4. The Cuckoo’s Calling by Robert Galbraith

The Cuckoo’s calling is an amazing mystery novel written by J.K Rowling. Yes! That’s right, a murder mystery from the iconic author who is known for the ever popular harry potter series. This book is one among the Cormoran Strike Series by Rowling and it is kind of overshadowed by the Harry Potter series but it is really good. The story takes us through a roller coaster ride with Detective Cormoran as she investigates the suicide of popular actress Lula Landry which is quickly discovered to be a murder disguised as a suicide. The story is gripping and fast paced and the book was named one of the best books of the year by USA Today. As Rowling’s Debut thriller, the Cuckoo’s calling established the fact that she definitely can write amazing mystery novels. In fact, even the harry potter series had occasional whodunnits incorporated into the story which really made it thrilling.

5. The Dark Lake by Sarah Bailey

The Dark Lake by Sarah Bailey is a classic murder mystery that sucks you in right from the beginning. Bailey raises a lot of questions in the readers mind from the beginning of the book itself and proceeds to answer them towards the end one by one. Till then, the plot really leaves you hanging and begging for more! The story happens in Smithson, a small town in Australia where a young high school teacher is found raped and murdered in cold blood. The body is discovered drifting around in the Smithson lake with red roses strewn across the torso. The strange way in which the body is found itself raises a lot of questions. The case is assigned to Detective Gemma Woodstock who also happens to be the classmate of the victim. The story then proceeds to take us through the case as the detective and her partner go through the clues one by one to find the culprit. This story is a real page turner and has everything you will need for a juicy murder story. The characters are well written and the author does not leave any questions unanswered.

6. One of Us is Lying by Karen M. McManus

One of us is lying is another really good teenage murder mystery. There is something about teenagers, a high school setting and a really brutal murder that really clicks with the audience! The story revolves around 5 students who walk into a room together for detention and then only 4 of them come out alive. Simon, the student that is left behind is murdered before detention is over and the other 4 students are the suspects. All the 4 suspects have very different characters. We have a brainy class topper student, a popular and pretty Addy, a growing criminal who is already on probation and a jock. Simon gets murdered just one day before he reveals some dark secrets about all the 4. The story really leaves you on the edge of your seat as your suspicion shifts from suspect to suspect. This one is a must read.

Night Film is the classic murder disguised as a suicide story. 24-year-old Ashley Cordova is found dead in a deserted warehouse and investigators come to the conclusion that it’s a suicide. But our protagonist, Journalist Scott McGrath suspects otherwise and he starts digging into the past of the victim’s life and the possible suspects. He comes across the disturbing history of a disturbing family who is cursed to go through sadness and misery. The father of the victim, Stanislaus Cordova is an amazing character in the novel. He is a film director and disappears from public view for a long time without any trace. As Scott dwells deeper and deeper into the mystery, the readers are sucked into the plot effortlessly and the story gets more and more gripping towards the end and finishes off with a mind-blowing climax. Night Film really catapulted Marisha Pessl into the league of premium authors and is considered as one of the best murder mysteries out there.

8. Journey Under the Midnight Sun by Keigo Higashino

Journey Under The Midnight Sun written by Keigo Higashino is different from a typical murder mystery. The plot is not very fast paced but it’s more like a detailed, slow burning mystery. So, if you are someone who likes fast paced murder mysteries, then you should probably stay away as this book just might be frustrating for you. But if you do like stories that are slow but still leaves an impact then you should definitely try this one out. The story is about a brutal murder and two teens associated with it. The son of the murdered man and the daughter of the murderer and a 20-year search for the truth. The novel is very well written and because it stays away from the conventional murder mystery, might as well surprise you.

If you are a mystery fan then you must have read or at least heard of this book. Gone girl is one of the most famous mystery novels ever and the film adaptation was a huge hit too. The story is about a husband who finds out one morning that his wife is missing under very mysterious circumstances. The story then follows his search for the truth and finally a mind-blowing climax that leaves the reader awe-struck. Gone girl is slow, but effective and will surely give you everything you need for those cold winter nights.

10. A Child’s Garden of Death by Richard Forrest

And finally, we have a triple homicide case to finish things off. An anonymous tip send police officers to a lonely field where they find 3 skeletons. The only clue to the murders is a doll clutched by one of the corpses who is a little girl. The case is soon pursued by the Protagonist, Lyon, who is a children’s book author and readers are left guessing and asking questions throughout the story. The thriller is very realistic and enjoyable and is one of the best works of Richard Forrest who is already a specialist in thrillers.