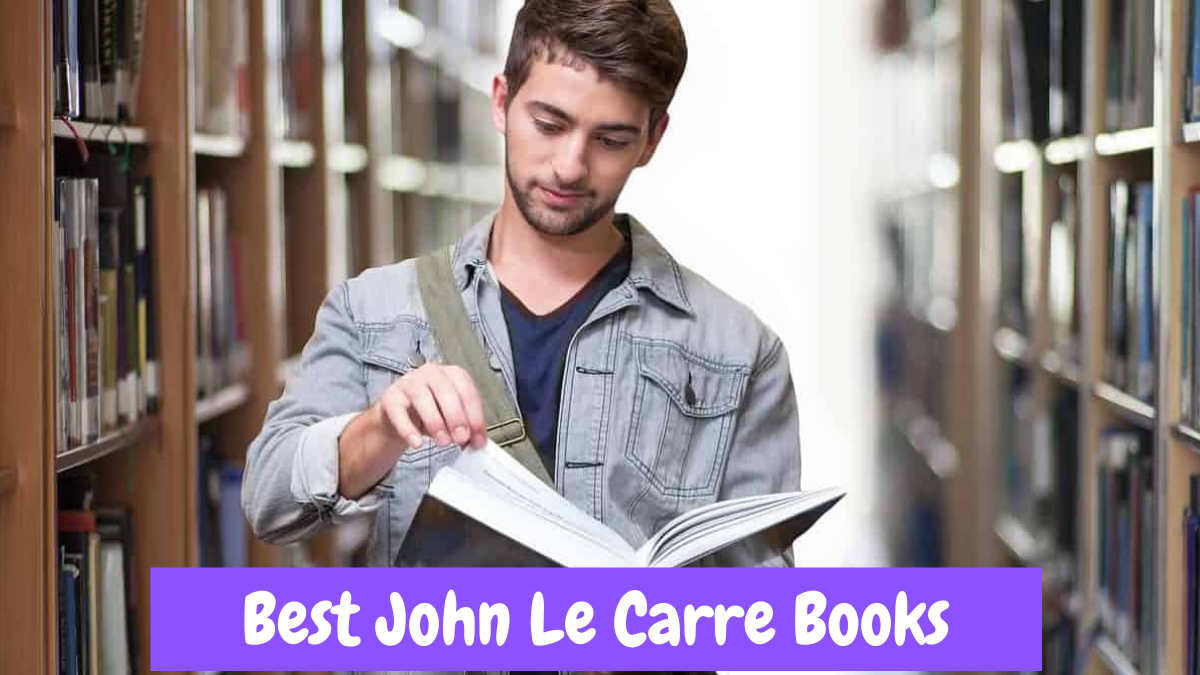 The great spy turned author, John Le Carre is a top-rated British novelist who writes suspenseful, realistic spy novels based on his wide knowledge of international espionage. Recently in December 2020, the great John le Carre died at the age of 89. Most of these masterpieces were adapted into a movie in those times.

George Smiley, the most celebrated fictional character of John la carre has a lot of sequels which were a thriller and critically acclaimed novels. Until 2016 he wrote his novels. John was an accomplished mimic and would have made a delightful actor yet he chose the writer path that bagged him an enormous career. The ridiculous fact about reading John’s books is, you start to adjust your behaviour to fit his fiction. The books will get into your bones until the very last page of the narrative. He started writing at the peak of the cold war. His initial books mainly focus on John’s startling decision to portray the intelligence methods of both Western and Communist countries as vile and morally senseless. Isn’t it pretty exciting already? In this article, I have dug down the top 10 John le Carre books which will blow your mind.

Alec, a cold war veteran plans to take on one last project before he retires. This project articulates a mystery. This project sends him down a twisty path of betrayal, deception and tragedy. This is a terrific narrative of duplicity and espionage. The book has just 228pages and it was published by Penguin books.

‘Tinker, Tailor, Soldier, Spy is the first book of John’s Karla trilogy which sold over 5 million copies right after its release. It is considered to be a heart-stopping tale with great international intrigue. This book is not a fight between good guys and bad guys. It is more of a thought-provoking book that makes us against ourselves.

The character George Smiley who is not yet ready for retirement took this mysterious case of a Soviet mole who has gotten into the British intelligence. Later the movie adaptation of the book was an Oscar nominee movie that cast the great tom hardy (inception, peaky blinders).

Later after 2 decades of his first book on the trilogy, ‘The Little Drummer Girl is a classic novel published in 1983. The paperback of this novel costs around 15 dollars and it is worth every single penny. Now, of course, this book has been adapted by AMC into a full-fledged TV series.

The story revolves around a British actress who was recruited by the Israelis to infiltrate a group of Palestinians in 1979. It is one of the rare books of John with a female protagonist. The 560pages book. Charlie, the terrorist from Palestine has been wooed by our protagonist who bombed several places in the country. The story is a quest between the British spy’s quest for morality and justice.

Released in 1986, ‘A Perfect Spy’ is a top-rated book that straight away became a New York Times bestselling book. This book is different from John’s theme since in this story, the spy itself goes missing. The theme gives us a journey on modern espionage.

The book is more of an autobiography. John’s father was a charming and flamboyant con man who was inspired by this story. The character Magnus Pym is a devoted family man. But in the wake of his father’s death, the British intelligence wants are up in his arms. This book is considered to be John’s crowning masterpiece.

One of the compelling and best storytellers- John la Carre wrote this fascinating story at the beginning of the 21st century. The story revolves around Kenya where there was a gruesome murder occurred. It was Justin’s beautiful wife. Justin hires the best private investigator in the world to decode the mysterious situation. Yet Justin wants to find out who killed his wife with whom he had no time to give love.

The story travels the dark side of capitalism and the conflict between politics. John always deals with his themes with a lot of real-life captivating nexuses. The book has 496 pages and this time John switched to Scribner and left the Penguin publishing house.

Whenever a tragic incident happens in the United States or any part of the world, John never fails to bring nexus to the incident, a beautiful and mysterious story. Has the discrimination against Issa happened just because he was a Muslim? Then why did he form an unlikely alliance with Annabel, an idealistic young German civil rights lawyer, and Tommy Brue, a failing British bank?

The political and moral outrage became very naked in his new books in the 21st century. Post 9/11 incident, Issa, a young man, goes to a private bank with a bag load of money. He was tortured and jailed in Russia leaving a lot of psychological wounds. With fear of another 9/11 travelling down the throats of British intelligence, Issa was taken for investigation where they discovered many mysteries. Find out more by buying this book

Released in 2010, this is a different kind of international espionage dealing with a game of a beautiful Russian tennis-playing couple. The writing of this book fails the surprises of the characters by showing the dark side of the institutions and the government. This story is not usually followed through a heroic protagonist type of story.

There are no protagonists and antagonists. The job to decide who is left to the readers. In this exquisitely told novel, John le Carre shows us once again his acute understanding of the world we live in and where power lies. He returned to Penguin Books Publishing house after leaving them at the beginning of the 21st century. This book is the best assassination thrillers you will ever read of John’s

The Honourable Schoolboy is yet another George Smiley’s best book of all time. George Smiley is John’s most celebrated character. There are a total of six books that are based on the Spy- George Smiley. This book is brilliantly plotted and massively questions our morality issue.

In this second book, the battle of wits between spymaster George Smiley and his Russian adversary takes on an even more dangerous dimension. In the first part, the mole has been eliminated. But the damage caused due to the death of the mole causes the British intelligence to fall onto their knees. It is a riveting portrayal of postcolonial espionage.

John’s last book was Agent Running in the Field released recently in 2019. Even though the book did not reach the hall of fame it was deeply appreciated by John’s fans.

There is a retired British intelligence veteran who has been constantly called again due to the growing threat from Moscow Centre. Considering this is his last job, Nat, the protagonist takes over The Haven, a defunct substation of London General with a rag-tag band of spies. Nat adds another normal person in his band of spies- ED. He is just a normal human being with whom he plays badminton every week. Ed hates Brexit, hates Trump and hates his job at some soulless media agency. So what happens after that?

Released in 2017, A Legacy of Spies is a top-rated spy story of John’s writing theme. This was considered to be the last book on the detective- George Smiley. The protagonist after retirement lives a happy life with his family far away in the country. One day there comes a post that takes him back to the cold war trauma he caused has crawled back to him. Yet again.

Interweaving past with present so that each may tell its own intense story, John le Carre has spun a single plot as ingenious and thrilling as the two predecessors on which it looks back: The Spy Who Came in from the Cold and Tinker Tailor Soldier Spy. This is another masterpiece that rose to the instant new yorkers best-selling books of all time.