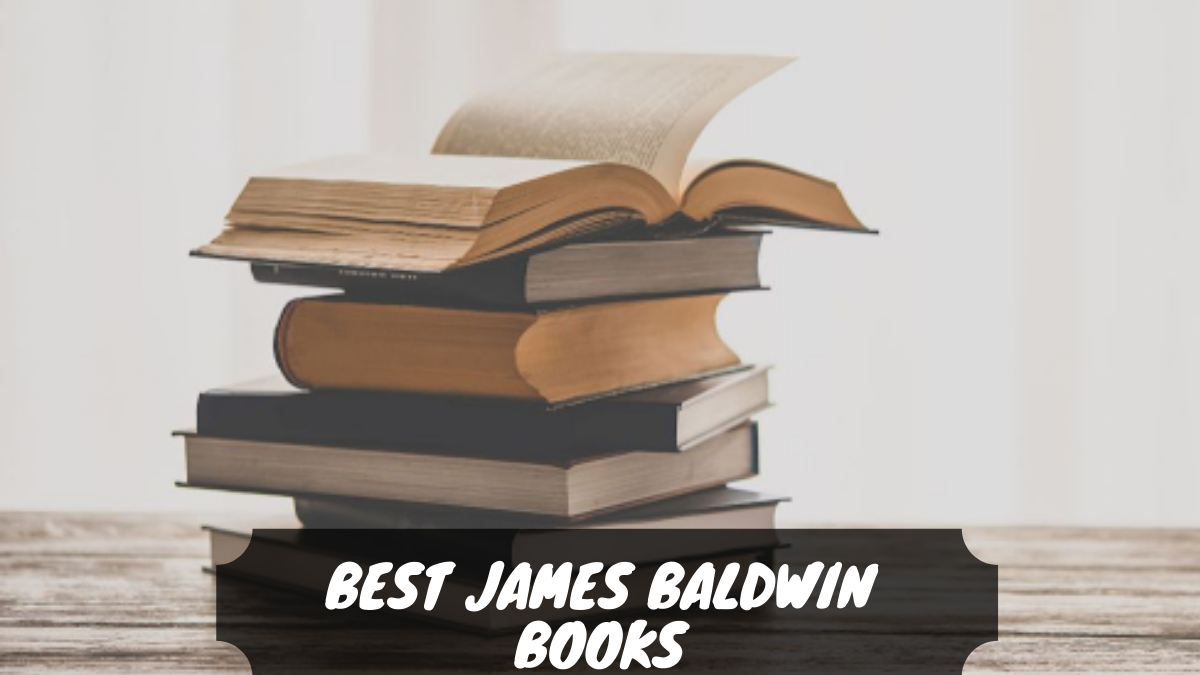 New York’s eloquent and passionate author who stirs activism through his words, James Baldwin is the voice of black people’s rights during the 1960s. His extraordinary work spread all the way through America and Europe. After having a tough childhood, he moved to Paris and wrote his first two novels which were controversial topics regarding the American white world and the black man’s conquest for his identity in a racist world. His works did wonders and then, he came back to America and became an active participant in the civil rights movement.

James Baldwin wrote until his death. His books are masterpieces. In this article, after enormous research, I have cut down to the top 10 James Baldwin books of all time. Most of this book covers the topic of race in America that is thought-provoking, eloquent, and grippy. So what are you waiting for? Let us get into the James Baldwin show!

Go Tell it On the Mountain was Baldwin’s first-ever novel-based book. This was a semi-autobiographical book that was published by Everyman’s Library. The book has a print length of 280 pages and it just costs $15.73 for the paperback of this marvelous book.

This book has depicted an astonishing situation a 14 year old boy faces. The story is about John Grimes, the kid who is going through a hard time due to his abusive and fire-breathing stepfather who is a Pentecostal preacher during times of depression. It is a must-read book because the story just revolves around John’s single day and yet, manages to encompass the amount of hardship he went through due to his family, religion, and race. In a nutshell, John is trying so hard to find his own identity. Will he get there?

During the rumblings of the civil war moment in the 1950s, this book depicts the hardships black people in America have to go through every single day. Costing only $12.85, this book is available on Amazon. It is not entirely a book; it is a combination of essays Baldwin wrote on his life in Harlem, the protest, and the African American lifestyle.

The civil rights movement slowly started heating up during the 1950s due to the captivating essayists and intellectuals like Baldwin’s constant activism through their stirrup writing. He covers a lot of controversial topics in this book which created a lot of chaos. He questioned the paternalism of white progressiveness and pushed the white to stand for the black men of their country. This book is a must-read.

Giovanni’s room is completely a huge shift from Baldwin’s books on racism. He took a big turn in bringing activism to the LGBTQ community. The book depicts the lifestyle of an American man living in Paris who struggles to understand his sexuality.  The story of the American man shows us the societal pressure of masculinity standards which can be very depressive. Everything comes to light when he starts to have an affair with an Italian bartender named Giovanni.

This book is a landmark book for Baldwin in American literature. Moreover, this book was a finalist in the National Book Awards’ fiction category in 1957. For a Blackman to even come into the nominations was a big deal back then. The paperback of the book is just $9.59 on Amazon.

This book is another compilation of his cultural reflective essays. The book narrates the horrific discrimination the black people face in America. The essays in the book are deep and captivating, which can stir anyone’s heart. Baldwin’s passionate, probing and controversial way of sending a message is very evident in this book.

It has a print length of 256 pages and recently the book was refurbished and published by Vintage in 1992. In his book, he also deals with the prominent writers of that era like Richard Wright, Norman Mailer, and other writers. Nevertheless, he received an award for this book at National Book Awards in 1962

At just $11.27, the paperback of this book is available on Amazon. The book deals with the personal annotation of his perspective of how mental health, interracial relationships, love and sexuality deals with that generation.

The book revolves around a group of friend’s suicide due to social norms. He says that suicide is murder by society. This book got a lot of negative criticism but after decades passed, the critics acclaimed this book as being well ahead of its time.

His two essays were published in the sNew Yorker, this book is a compilation of those masterpieces. The two essays are “My Dungeon Shook: Letter to my Nephew on the One-Hundredth Anniversary of Emancipation” and “Down at the Cross: Letter from a Region of My Mind”.

Just like his all books, this one also faced a lot of criticism on his stance on religion. He bashed the role of Christianity in the American belief and also discusses how race and bigotry have curated society. The book was highly appreciated by the ex-American President Barack Obama recently.

This book is a collection of eight of his hit short stories which is yet another culturally themed book. But this book revolves around the fictional story of many characters. The theme was from the eyes of a struggling jazz musician, an angry father, and a racist cop to naming a few.

This book was refurbished and published again in 2013 by the Penguin publishers. The print length of the book is 252 pages. Baldwin unlocks the deep-rooted history and prejudices against the black people and probes beneath the skin to the soul through his magnificent writing. The cost of the book is 10 dollars.

This book was completely different from his other pieces. This book’s famous fictional character actor Leo Proudhammer is considered to be the favorite fictional actor of those days. In this story, Leo dies of a heart attack while he was performing on stage.

The story revolves around the perspective of Leo on how he rose to fame and the obstacles he faced. The events of his life showcased his weaknesses and vulnerabilities which led to a bad event. The choices we make always constitute what we are. Leo was a black man who struggled his way through the civil war.

This story was newly adapted by director Barry Jenkins which led to a film that was nominated for the Golden Globe. If Beale Street Could Talk is a story about a beautiful couple- Fonny and Tish. The plot takes a huge turn when Fonny was falsely accused of rape.

With more emphasis on love and soul, Baldwin showed his heart-stirring narrative on this young couple. Of course, a Baldwin book is not Baldwin material without touching through the topic of racial injustice. The 194 pages book is a must-read and it costs only 7.48 dollars.

This is a recent James Baldwin book. He takes us on the journey of his kaleidoscopic mind and life. The greatness of the book lies in James Baldwin’s consistency whose voice still has power for more than 50years. This book was later charted as The New York Times bestseller. The book was soon documented in an Oscar-nominated documentary film.

The book is about his three friends, Medgar Evers, Malcolm X and Martin Luther King, Jr. who were ruthlessly assassinated during the civil war movement. Their contribution to society and his perspective towards them is a cinematic séance. The paperback of the book costs only $14.19 on Amazon,