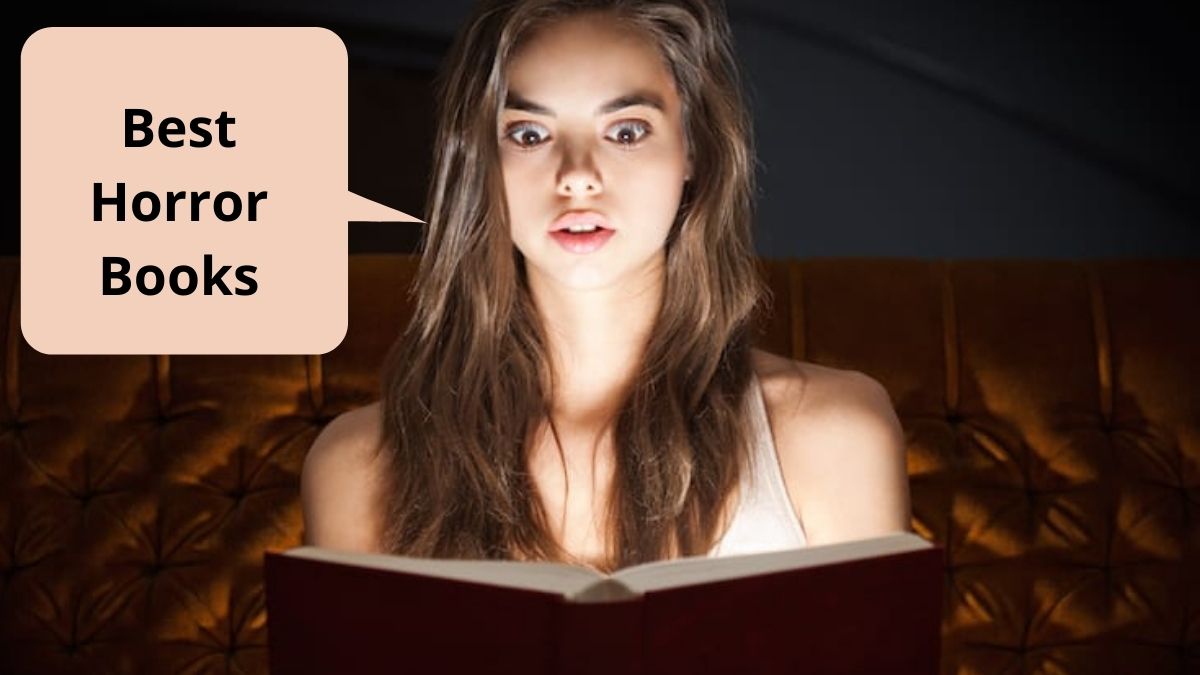 People have been fascinated and terrified of ghosts and spirits for as long as religion existed. We have always been terrified of things we cannot understand. When a door slammed shut without any reason or when a light switched on itself, we started blaming it on the dead because we do not know what happens after death. Gradually, this fear was commercialised into movies and novels about vampires, ghouls and spirits. But I feel there is a difference between horror movies and a good horror novel. Sure, horror movies are fun and include a lot of screams, blood, the good stuff. But we rely too much on the jump scares and the noise to feel the excitement. When reading a horror novel on a rainy night, the fear slowly creeps in as you go from page to page, and the effect that gives cannot be replicated by a horror movie. If you agree with this and are a voracious reader, then this list is for you. Here are the top 10 best horror novels of all time:

If you are a horror fan, then you must definitely know the name Hannibal Lecter. Hannibal, the cannibal, is one of the most iconic fictional serial killers of all time. The 1991 smash hit, silence of the lambs, was when we saw Hannibal Lecter portrayed brilliantly on-screen by Anthony Hopkins. But before the silence of the lambs, there was Red Dragon. Red Dragon is the first book in the Hannibal Lecter series and kick starts the story of the terrifyingly cunning and manipulative serial killer. The book shows us that the worst monsters can be lurking in the most unlikely and the friendliest of faces. The book is dangerously thrilling, so be sure to finish all your chores before sitting down with this one.

2. The Picture of Dorian Grey

The picture of Dorian Grey is one of the most controversial novels on this list. When it was released, the editor edited out almost 500 words without the author, Oscar Wilde, not knowing. This Gothic and psychological story is set in the Victorian era. The story is about the protagonist, Dorian Grey, a handsome and charming man, meeting with Lord Henry Walton to make one of his biggest fantasies a reality. Eternal Youth. Dorian, with the help of an artist, captures his image in a full-length portrait which gives him the gift of eternal youth. But with every sin he commits, the picture starts rotting. The story takes a dark and twisted turn afterwards. Even though the novel was extremely controversial back then, now it is regarded as one of the best gothic horror masterpieces in history. It was even adapted into a 2009 film of the same name.

Joe Hill’s second book, Horns, is one of his best works and helped him move into the club of elite horror novel authors. The story is gripping and terrifying at the same time and is a real page-turner. The plot revolves around Ignatius Perrish, who wakes up after a night of heavy drinking and doing wicked things he does not even remember. When he wakes up and looks In the mirror, he is horrified to find that he has a pair of horns growing from his head. The story then explains what happens to Ignatius and the purpose of the horns in his life. The writing style is really good, and it will keep you engaged from beginning to end. With the use of the supernatural, Hill portrays the twisted nature of human emotions subtly. The characters of the story are really well made, and the climax is a thing of beauty with a lot of complex twists and turns. You should definitely not miss this one.

There was a time when people heard the name Horror, they thought of ‘The Exorcist’. It was such a brilliantly written story, and the movie adaptation was a smash hit phenomenon. Even today, with horror movies releasing with tons of special effects, ‘The Exorcist’ remains of the most unsettling and disturbing movies of all time. Before the movie came the novel, and it is as terrifying and spine chill-inducing as the movie. Some even regard it as the terrifying novel was ever written. The story revolves around the exorcism of 12-year-old Regan by Father Karras, who at first is sceptical but then scepticism turns to absolute horror as the demon within the little girl is triggered, followed by a series of terrifying events. The story makes your skin crawl as the sweet 12-year-old Regan is transformed into a screaming, swearing and malignant entity that wants chaos. The book is slightly different from the movie, and the plot and the writing style will leave you wanting more.

If you have a horror fan, you must have seen or at least heard about the iconic ‘Ring’ series. This classic story has been made into 5 different films over the years! That’s right, one story and five films. But none of the films does justice to the spine-chilling plot of the original book. The story is set in Japan, where a videotape starts making the rounds. Exactly one week after watching the tape, 4 teenagers die, and from there, the story takes off. The protagonist is a journalist named Asakawa, and she sets out to find the reason for the death of her niece, who watched the videotape. The story is quite like the terrifying Japanese urban legends that are associated with phone calls and videotapes. Most Japanese urban legends feature a girl in a white dress with hair covering her face, and so does this movie.  But the plot is thrilling and horrifying at the same time, and the bravest of hearts will feel the chill. The book is a Japanese classic and a must-read.

Psycho is one of the most disturbing novels ever have been written. The most chilling aspect of the novel is that it is based on a real person. Ed Gein was a serial killer who terrorised America in the mid-90s. He was also known as the Plainfield Ghoul and the Butcher of Plainfield as one of the most prolific serial killers. The character in this book, Norman Bates, is inspired by Ed Gein. The story is skin-crawling and horrifying and shows us how a psychopath thinks. The book was adapted into a hit film with the same name and was a huge hit. The book shows how childhood experiences can twist human emotions and create the worst monsters possible. It Is one of the rare novels which narrates things from the killer’s perspective, which makes it a lot more disturbing and intriguing at the same time.

Throughout history, vampires have always been a classic horror novel masterpiece. Starting with Bram Stokers Dracula, the concept of vampires has been played around by many writers. The passage does an amazing work of portraying a world infested by vampires. The book is actually a trilogy and is, to date, one of the best vampire stories ever. Unlike the gothic vampires of the Victorian era with capes and heavy accents, these vampires are set in a modern world and are released due to the breach of a high-security government facility. What follows is a night of terror and chaos as the monsters are accidentally unleashed into society. The story is thrilling throughout and has many memorable moments. The novel has also been adapted into an American thriller series. The fast-paced writing and a different and almost believable approach to vampires make this one of the best horror novels ever written.

Stephen King is to horror what Beethoven is to classical music. He is the most iconic and well-known horror-mystery novelist in the world. No other authors work has been so extensively made into films. As a tribute to him, our last 3 books are all Stephen King books. Cujo is one book that revolutionised the monster genre. When other writers used sharks, alligators and grizzly bears to create their novels, King used a Rogue St Bernard to create one of the most iconic monster novels ever written. Cujo is terrifying because of its proximity to our life. When an alligator or a shark is the monster, we are not bothered much because there is very little chance for us to come across one. But when it’s your own pet dog, that’s when things get really unsettling. Cujo is disturbing, it’s horrifying, and it’s one of the best novels ever written by the maestro.

Another Stephen King masterpiece, Salem’s Lot, contains everything that can make a horror novel click. A haunted mansion, murder and the protagonist who is a writer. The story follows Ben Mears, who returns to Jerusalem to live in a supposedly haunted mansion to draw inspiration for his next book. That’s when two boys of the town go into the woods, and the only one makes it back. Ben slowly realises that something a lot more horrifying is going on other than a silly old village legend. The setting of the story, the writing style and the overall feel of the novel makes sure that the fear of the protagonist is transferred onto the readers. The novel also has all the traditional Stephen King trademarks, and if you are a King fan, you are definitely going to enjoy this one.

This book needs no introduction. It is widely regarded as the best Stephen King novel ever. The movie adaptation was so good that it is still discussed and analysed by horror movie fans worldwide. What makes The Shining so great is its variety. There are no vampires, no monsters, just the gradual descent of the main character into absolute madness. The story starts when a writer and his wife and son are invited to live alone in a luxurious winter hotel. The story gradually starts getting creepier and creepier until it produces some of the most horrifying scenes in horror history. If you have not read this yet, you should definitely check it out.