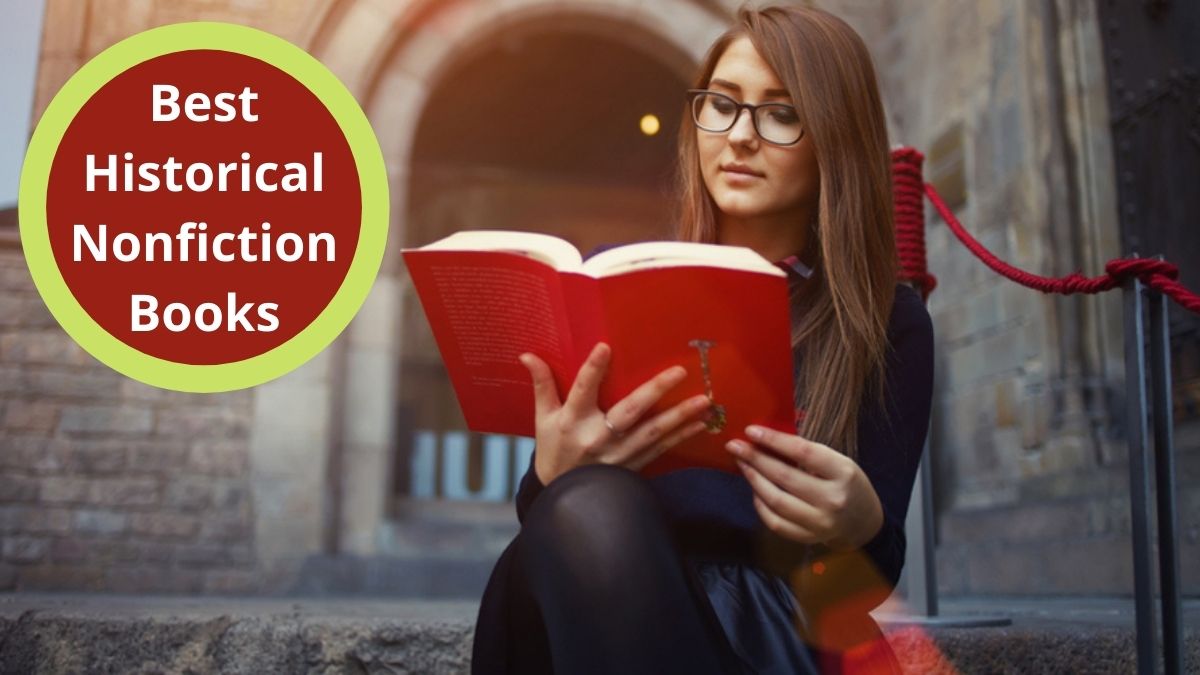 Believe me, historical nonfiction genres are not the books that you read in school. Don’t worry, these aren’t books which will make you fall asleep. These stories are well researched, thought-provoking, and are just as riveting as fiction. Narrators spend numerous years gathering various information about the incident and document the incident in a very engaging way.

The following are the historical nonfiction books that every single person must read in their lifetime. Be the person who brings up interesting facts about history while at a party or an office meeting. The genre is divided into general historical nonfiction, historical biographies, historical memoirs, micro-histories, historical graphic novels, or historical true crime. Choose the genre which captivates you and enjoy the travel to a whole new period. This pandemic has got us going through a lot lately, so escaping the present reality is going to be very fascinating. So what are we waiting for? Let us time travel back to the great moments in the history of our world!

1. The New Jim Crow: Mass Incarceration in the Age of Colorblindness by Michelle Alexander

The most influential book for more than 2 decades, this book is noted as the important nonfiction of the 20th century. The book revolves around mass incarceration in the age of color-blindness. The highlight of this book is it has been referred to in various judicial pronouncements. It is not normal to find a nonfiction book cited in Supreme Court.

She is a great black activist who has fought injustice through her remarkable writing. In her book the quote, “we have not ended racial caste in America; we have merely redesigned it.” Is very popular. This book rose to fame during the black lives matter protests. The book changed the perspective of the whole criminal justice system of America and the racial injustice towards black in the modern days.

2. The Emperor of All Maladies: A Biography of Cancer by Siddhartha Mukherjee

The number one bestseller in oncology, The Emperor of All Maladies is a top-class book that has bagged Siddhartha a Pulitzer award. The book is very long with 608 pages yet it was considered to be the book to be read by all the cancer survivors.

The book is about the author’s quest to cure, control, and conquer it to a radical new understanding of the essence of cancer. He went through a lot of tragedies with cancer. In this book, he makes us realize the notion of having cancer in the 21st century has completely gone through a paradigm shift.

3. The Immortal Life of Henrietta Lacks by Rebecca Skloot

Rebecca is a strong fighter against human discrimination. She writes most of her novels based on humanity concepts. From this amazing book, you will get a scientific perspective on medicines where critics joke around saying this book can even make you a doctor.

Rebecca is a young black woman whose cervical cancer cells became one of the most important factors in bringing about important scientific and medical advancements in the 20th century. This book is highly recommended for cancer-based books. This book gives hope and immense knowledge. After lots of years, this book remains a masterpiece that can be found in school textbooks and museums.

4. Bloodlands: Europe Between Hitler and Stalin by Timothy Snyder

This book is not another world war story. After the release of this book, scholars of World War II documented more information collected by Timothy in this extraordinarily interesting book. It is about the perspective of Europe without the emergence of deadly dictators- Stalin and Hitler.

The Boodlands is a new kind of European history, presenting the mass murders committed by the Nazi and Stalinist regimes as two aspects of a single history. This book is assiduously researched and it is highly recommended for World War II enthusiasts. This book was translated into 30 languages.

5. The Warmth of Other Suns: The Epic Story of America’s Great Migration by Isabel Wilkerson

No, this is not a book that describes how migration made Americans lose jobs with half-boiled research. This book covers the internal vast migration during the 1920s. It is an untold story that won the Pulitzer award for its in-depth research on the northern and western cities of America.

From 1915 to the 1970s the American continent faced a lifetime change after the migration of Africans. The Warmth of Other Suns is a bold, remarkable, and riveting work, a superb account of an “unrecognized immigration” within our land. It is a landmark piece of nonfiction that is a must-read for every historian who is in awe of American history.

6. The Passage of Power: The Years of Lyndon Johnson by Robert A. Caro

When it comes to books about American presidents, we always find a plethora of books on the assassination of renowned presidents. Robert rose to instant fame for his in-depth research on America’s most unjustly maligned president, Lyndon Johnson.

Johnson went from feared senator to side-lined VP, to suddenly becoming the most powerful figure in the world. We will see JFK’s assassination through the then VPs eyes. Lyndon’s Great War on poverty in America is often underrated since that period was all about the Vietnam War. This book went through the peerless research that forms the foundation of Robert Caro’s work.

7. The Sixth Extinction: An Unnatural History by Elizabeth Kolbert

Just like how we hear that the time will come when the whole human existence will become extinct, this book backs this claim with enormous research.

The book deals with the future of the world, blending intellectual and natural history and field reporting into a powerful account of the mass extinction unfolding before our eyes. Over half a billion years, we have gone through five human extinctions. The sixth extinction’s prediction is this book’s theme where numerous scientific research will change our eyes on this. It will make us rethink how it feels to be a human.

8. Between the World and Me by Ta-Nehisi Coates

Choose this book if you want to go through a unique, grounding, and heart-breaking journey. It is a bold and personal literary exploration of the racial injustice history.

The book has charted as Number-one New York Times bestseller, National Book Award winner, named one of Time’s Ten Best Nonfiction Books of the Decade, Pulitzer Prize finalist and it was even a National Book Critics Circle Award finalist. This personal narrative of how the slave treatment and the mass-murderous of black people were normalized is a must-read to see the world from a whole different perspective.

It is always a question where a topic that is very popular and recurs often in American culture does not have the rightly researched pieces on it. The Salem witch trials back in 1692 is a very fascinating story. Stacy takes us through this trial in her historian magnifying glass.

The execution of fourteen women and five men in Salem led to mass hysteria and panic-cooked stories. But in this book, she removes all the conspiracy theories and tells us what happened. The witch trial was looked at from the perspective of understanding the English culture. It is a mysterious book that will haunt our days with the truth about the witch trial. The Salem Witch Trials represent the only moment when women played a central role in American history.

10. Secondhand Time: The Last of the Soviets by Svetlana Alexievich and Tr. Bela Shayevich

The book deals with the fabricated history the Russians hear now. The book documents the real incidents of oppression, terror, famine, and massacres that happened during the fall of the Soviet Union. It gives us an emotional understanding of the history of Russia and it is highly recommended.