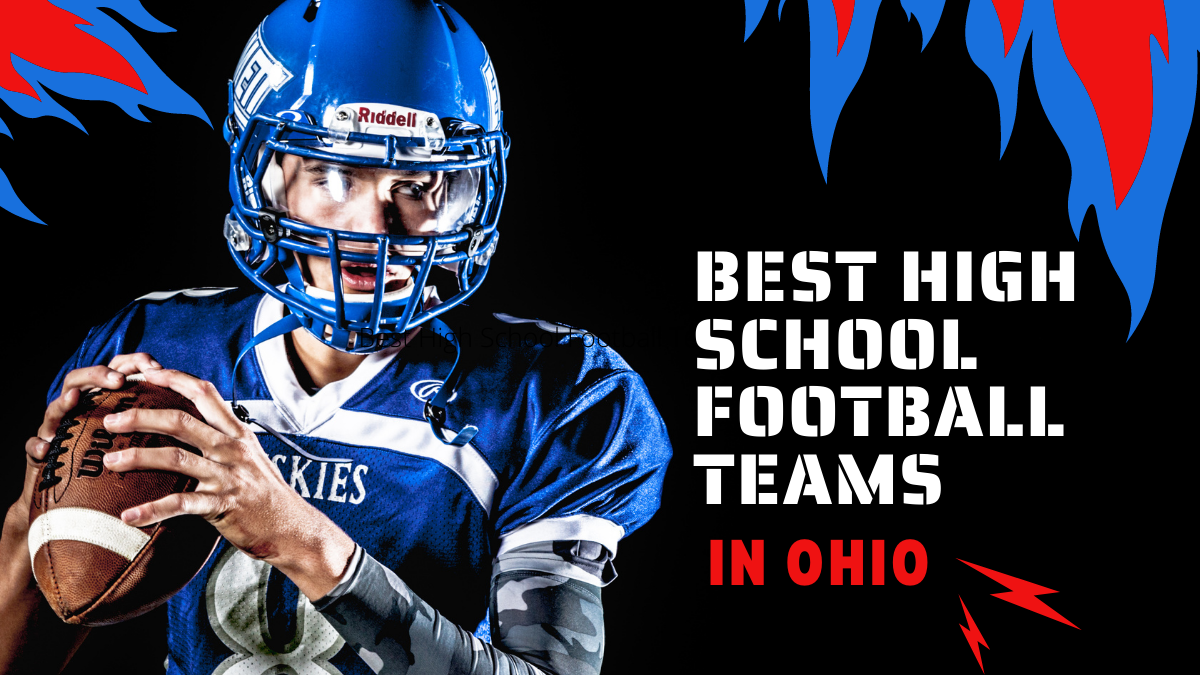 It’s no mystery that football has gotten a lot of bad press in recent years. There has been a concerted effort to educate present and potential players of the sport’s risks, particularly head trauma. Despite the supposed hazards of injury, I consider football as one of the most rewarding activities for a child to participate in. If you talk to any former player who has been blessed enough to avoid catastrophic injuries—or even some who have—you’ll hear a lot of positive things about their time on the field. Football, which originated in England in the 1800s, has grown in popularity in countries around the world, including Australia, South Africa, Europe, and the United States.

Football is a terrific sport to stay healthy and fit, whether it’s practiced recreationally or competitively. Football has gained popularity among high school students for quite some time now. Football also strengthens the cardiovascular system by developing a robust heart and lungs that can carry oxygen to the working muscles more quickly. Because of the elevated heart rate and circuit training, continuous jogging and dashing across the field can provide an excellent cardio workout. Football has especially been popular among the high schools of Ohio.

We have put together a list of the top 10 best high school football teams in Ohio.

St. Edward High School opened its doors in 1949 as comprehensive Catholic boys high school, staffed mostly by Holy Cross Brothers from Notre Dame, Indiana, and servicing mostly ordinary working people in a blue-collar city with a steel-industry background. The Holy Cross legacy of training both the head and the heart dominated the ministry from the start. The Brethren who educated, supervised and ran the new school considered themselves to be faithful teachers. On September 6, 1949, the school’s inaugural principal, Br. John William Donoghue, C.S.C., and two other Notre Dame brothers greeted the first class of 100 freshman boys to St. Edward High School.

The kids began lessons in the old St. Theresa’s Academy, about three blocks west of the school’s present position, while the new school building was being built. In 1951, more than 750 pupils and 22 faculty and staff relocated into the school’s main facility at 13500 Detroit Ave., as the institution continued to expand in its temporary location. The St. Edward Eagles have won 69 state championships and 11 national championships since 1978, making them the winningest high school athletic program in Ohio and one of the most prestigious teams in the country.

In the MaxPreps Preseason Top 25 high school football rankings, the St. Xavier football team is placed No. 23 nationwide. In 1999, the Bombers football team and St. Ignatius High School were featured on Team Cheerios breakfast boxes in honor of the schools’ athletics and community service activities, as well as their National Merit Scholarship Program achievements. The Bombers overcame Massillon Washington High School on December 3, 2005, to win the 2005 state football championship, they’re first in program history, after finishing second in 1992, 1998, and 2001. The Bombers had a perfect season, going unbeaten in both the regular season and the playoffs.

For the first time in program history, Medina is 9-0, and it has won at least a share of its first conference championship since 1973. Drew Allar, a Penn State recruit who has passed for more touchdowns than anyone in Medina County history, is leading the fight. In a 70-7 thrashing of winless Lorain last Friday, he tossed five more (matching his career-high). In the autumn of 1973, Medina High School moved to its current campus. Major renovations and expansions were completed in 2004, more than tripling the school’s capacity and providing a new public recreational facility as well as a performing-arts center. [3] Medina High School was housed in the facilities that are presently Garfield Elementary School, Medina County Main Building, and Claggett Middle School prior to 1973.

Lakota West High School is a high school in the Lakota Local School District, which includes West Chester Township and Liberty Township in the Cincinnati suburb of Ohio. Both Lakota West and Lakota East arose from what was formerly a single Lakota High School. The two visually similar schools, located in a Cincinnati suburb, were completed in 1997 when the district enlarged. Lakota West now has roughly 2,000 students enrolled in grades 10-12. Some of the former single high school’s unions still remain, such as WLHS 89.9 FM, the school’s radio network, which is manned by pupils from both Lakota East and Lakota West. The Lakota West Firebirds is one of the most popular high school football teams in Ohio. They have a spirit that does not quit and show that in every game that they play.

This High school provides a wonderful athletic atmosphere for students on their campus. That is why their football team is one of the best In Ohio. The Gallagher Athletic Complex On October 9, 1998, an event was held to bless and honor it. A wooden duplicate of the bronze commitment plaque that is continuously displayed in the Athletic Complex was presented to Charles and Diane (Bertling) Gallagher, CCHS graduates from 1956 and 1958. The complex includes track, football, and soccer fields, as well as permanent spectator seating. On September 25, 2004, the Fighting Irish varsity football team won their first home game at the complex, a homecoming triumph. The school also hosts the Irish Knight. The Irish Knight is given to the winner of the football game between Central Catholic High School and St. Francis de Sales High School. The winning school gets the Irish Knight trophy, as well as bragging rights, and displays it at their school. CCHS has won 17 straight games, including a 49–20 win in 2020. The Fighting Irish are 33-28-1 in the Irish Knight series. Only one extended game has ever been played, and that was in 2003.

Avon has approximately 300 courses to choose from, covering a wide range of curricular topics to fulfill students’ academic needs and long-term objectives. This school has a partnership with Area 31 Career Center, which offers a variety of career and technical courses that lead to business certification and college credit. Extracurricular activities such as musical theatre, clubs and service organizations, academic teams, robotics, and athletics can help students identify their niche and explore their passions. Students at the school frequently thrive both within and outside of the classroom, earning local, state, and global acclaim on a regular basis. Their football team is one of the best in Ohio. They have highly trained and skilled players who are kept in their physical prime by the strict training regime of the school. The eagles have been winning a lot of games and getting a lot of attention lately.

The Wildcats are two wins away from their first perfect regular season since the new high school debuted in 2008. They are one of five undefeated teams in Division I. They lost one regular-season game in each of the last two seasons, 16-12 to Fairfield in 2019 and 38-35 to Northmont in 2020, despite being state semifinals the previous two seasons. Springfield is a game ahead of Centerville and Wayne in the Greater Western Ohio Conference (both 6-2 overall and 4-1 in the GWOC). On Friday, the Wildcats travel to Miamisburg (5-3, 2-3) before finishing the regular season at home against Northmont (2-5, 0-5). Their team comprises a bunch of talented and motivated youngsters who are hungry for wins. Hence they are a force to reckon with.

Despite the fact that the Ohio High School Athletic Association’s Harbin Postseason Computer Playoffs transformed the face of Ohio high school football in 1972, Saint Ignatius continued to have success on the local gridirons. Coaches Mr. John J. Wirtz and Mr. Paul Nemec, both inducted into the Saint Ignatius Hall of Fame, were in charge of a large chunk of their winning ways.

Coach Wirtz led his Wildcats to four City Championships and a 146-40-6 overall record from 1951 to 1970. Coach Wirtz coached one of the best high school football teams in region history, the 10-0 Hall of Fame City Champion Wildcats of 1964. Saint Ignatius finished its successful 1964 season with a 48-6 victory over Benedictine in the annual Thanksgiving Morning City Championship Charity Game at old Municipal Stadium, led by senior quarterback/safety Brian Dowling, one of Ohio’s most legendary all-around players. A crowd of 41,183 saw the Wildcats’ dominance, as Dowling called his own name and rambled 71 yards for a touchdown on the second field goal attempt.