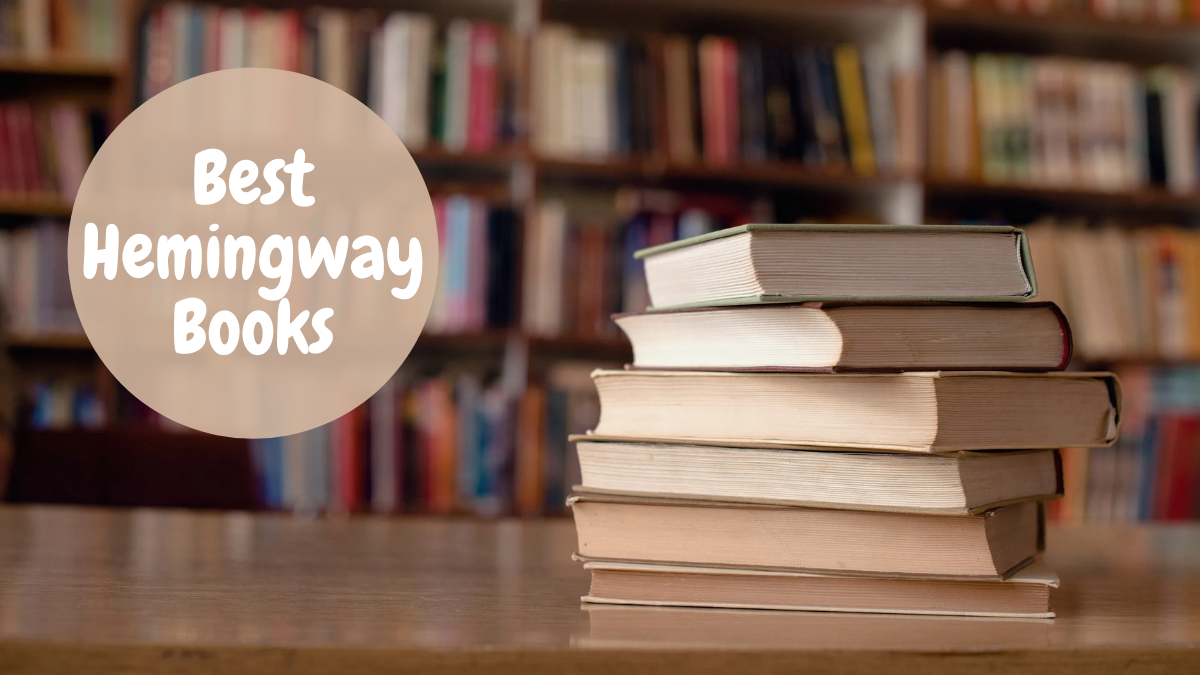 The greatest 19th-century novelist, Ernest Hemingway is a top-notch American writer who is known for his short-suspense stories. He started his career as a writer working at a newspaper office and later he was drafted by the US government for the First World War.

His first masterpiece, The Sun Also Rises was a successful novel where he describes his experiences at war. Then later the following decades were Hemingway’s turning point. Hemingway can be super honest and radical towards giving a perspective. He wants his books to be plain and simple. He did not fill his book with eloquent and complicated vocabulary. He showed his uniqueness and talent through his story writing and not through words; that is something that makes Hemingway stand out from the other American authors of that time.

Hemingway stands out from the rest of the novelists of that generation. His writing will have straightforward prose, spare dialogue, and predilection for understatement. He was also a very famous sportsman in his country. In this article, I have enlisted the top Hemingway novels which are critically acclaimed, interesting, and grippy.

This book was considered to be well out of Hemingway’s genre. The fun detail about this book is that he completed it in just 10days. This book is short and crisp with a print length of just 96pages.

The story is a hilarious parody of the Chicago school of literature. What makes this piece stand unique is because no one back then thought Hemingway could pull off a humorous and satirical theme. He is always known for his suspense stories. The theme is a burlesque of Sherwood Anderson’s Dark Laughter yet in the course of the narrative there are a lot of parodies from the top British and American writers of that time.

The critically acclaimed The Sun Also Rises is a book about the lost generation back then. Essentially, it is about the situation of society after the First World War and how it has affected the young minds of that generation. The print length of the book is 320 pages and this book portrays Hemingway’s powerful writing.

Hemingway’s unforgettable characters- Jake Barnes and Lady Brett Ashley are suffering from disillusionment and angst against the post-war situation. The heart-breaking narrative takes us back to the horrific situation- it was an age of moral bankruptcy, spiritual dissolution, unrealized love, and vanishing illusions. The paperback of the book is just $12.

Narrated from the first-person perspective, a farewell to Arms is a heart-wrenching book about the aftermath of the war. The book is a semi-autobiography since the character in the book- Frederic Henry, served as a lieutenant in the ambulance corps of the Italian army just like Hemingway’s past.

The story revolves around a forbidden love between Henry and Catherine Barkley, an English nurse. This piece was inspired by what happened to Hemingway while he served in the First World War. The book is not only about the war, it is an uncompromising quest for love in a dark place.

This book was unfortunately the last novel published by Hemingway. The story revolves around an 83year old fisherman who has been a failure for more than 85 days and counting he couldn’t find a fish. He was very unlucky yet determined. The story takes a turn when he snags an enormous marlin and starts a three-day-long battle with his gigantic prize.

This book won the Pulitzer award in 1953 and also contributed to Hemingway’s Nobel Prize for literature in 1954. He ended his magnificent career with this masterpiece.  The book explores the concepts of pride, honor, glory, life, death, redemption, martyrdom, and Christ’s struggle. It’s A powerful and moving piece of Hemingway.

5. The Garden of Eden

What makes The Garden of Eden stand unique is because Hemingway died whilst he was writing this novel? This unpublished novel after 25years. The story revolves around an American writer named David Bourne and his wife, Catherine. The story is a bit complicated and grippy. They go for a honeymoon in Bournes and find a pretty young woman named Marita. Unexpectedly, both of them fall in love with Marita causing a huge deterioration in the marriage.

The book deals with gender roles and explores the concept of androgyny. This different plot was a sensational bestseller in 1986. The cost of the book is just $14.39 and it has a print length of 247 pages.

6. For Whom the Bell Tolls

This book was considered to be the best-written war novel of all time. Hemingway has gone through the horrors of both wars. He took around three years to complete this novel after working for the Spanish civil war for the North American Newspaper Alliance. This is the longest he has ever taken to complete a novel.

The story is followed by the character Robert Jordan, a young American working with republican guerrillas in the mountains of Spain. He is assigned to blast a bridge during an attack on Segovia during wartime. Robert an inexperienced bomb specialist fighting against the fascists goes through a rollercoaster of emotions of death and suicide. This book is pretty dark and one of the best pieces of Hemingway’s.

This novel is a bestselling book and it is considered to be one of the finest of Hemingway’s novels. To Have and Have not is a classic novel that revolves around smuggling, intrigue, and love. The book has a print length of 272 pages.

The paperback of the book costs 7.31 dollars. Harry Morgan crumbling down due to financial constraints. He is suffering to bring food to the table. The story takes a huge turn when Harry is forced into running contraband between Cuba and Key West. This book is highly recommended.

Covering the dark themes of disillusionment, despair, dishonor, and death, his last books started to sound not bright and cheeky. The print length of this book is just 249 pages.

This book does not succumb to a particular story. Winner Takes Nothing is a compilation of the last dark stories he wrote before he passed away. The highlight of this particular book is it involves “A Clean, Well-Lighted Place,” about an old, Spanish beggar.

In 409pages, this book is a book based on war, blood, and love. The book was later republished by Grapevine in 2019. Richard Cantrell falls passionately in love with Renata, a young Italian countess. The love is more like a forbidden affair since Renata is nearly half the age of Richard. He falls for this extraordinary woman to stir down his war scars.

This book is a lesser-known classic by one of the great American writers of the twentieth century. This book had a lot of negative reviews but later in the ’80s, this book blew up for discovering the classic Hemingway’s narrative style.

A Movable Feast is a top-rated book that teaches us from the perspective of a young guy who finds it very difficult to be a writer in Paris in the 1920s. If you feel like you want to know more about Hemingway’s journey through a third perspective, this is the right book for you.

This is a semi-autobiography book written by Hemingway discussing the strains of young writers surviving in Paris. The book covers a remarkable cast of notable figures of those days. It includes Sylvia Beach, F. Scott and Zelda Fitzgerald, Ford Madox Ford, James Joyce, Ezra Pound, Gertrude Stein to name a few. The price of the paperback is just 9.40 dollars.