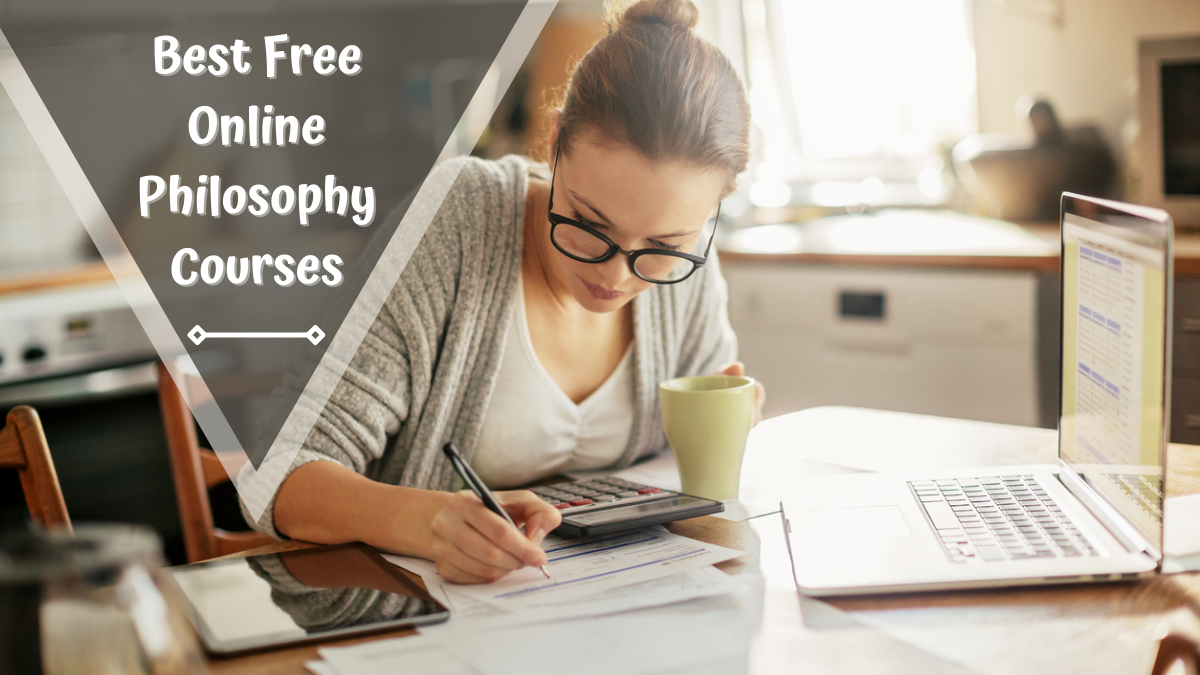 The word “philosophy” is derived from Greek words that imply “love of wisdom.” Philosophy examines the manner in which humans see the world using the instruments of logic and reason. It teaches critical thinking, attentive reading, clear writing, and logical analysis, which it employs to comprehend the language we use to describe the world and our place in it. The questions that different fields of philosophy pose distinguish them. Do our senses give us a true picture of reality? What makes erroneous behaviors wrong? What is the best way to live? These are philosophical questions, and philosophy may teach us how to start answering them.

Students that study philosophy reaps a plethora of advantages. Philosophy’s tools are extremely useful in both higher education and the workplace. Despite the seeming abstraction of the issues philosophers ask, the tools philosophy offers are in high demand by employers. Students in philosophy are taught how to write properly and read carefully with a critical eye; they are taught how to recognize faulty thinking and how to avoid it in their writing and work. As a result, it’s no surprise that philosophy students have historically outperformed practically every other discipline on standardized tests such as the LSAT and GRE. Below is a description of how philosophy helps us develop various important skills:

Problem-Solving Capabilities: Studying philosophy improves a person’s problem-solving abilities. It aids us in deciphering concepts, definitions, arguments, and issues. It improves our ability to organize thoughts and issues, deal with value questions, and extract the most important information from enormous amounts of data. It enables us to discern fine and nuanced differences between points of view on the one hand and to find common ground between opposing viewpoints on the other.

Communication Skills: Philosophy contributes in a unique way to the development of expressive and communication abilities. It supplies some of the fundamental instruments of self-expression that other areas either do not employ or use less extensively, such as skills in expressing ideas through well-constructed, methodical arguments. Philosophy aids us in expressing what is unique about our points of view, improving our capacity to convey complex information, and removing uncertainties and ambiguity from our writing and speaking.

Persuasive Powers: Philosophy instructs students on how to build clear formulations, sound arguments, and relevant instances. As a result, it aids in the development of our ability to persuade. We learn to construct and defend our own viewpoints, to appreciate opposing viewpoints, and to express passionately why we believe our own viewpoints are superior to alternatives. These abilities can be honed through time.

If you’re interested in learning philosophy, we’ve put together a list of 10 free online philosophy classes you can take right now. Consider taking one of these free online courses given by expert instructors and prestigious institutions all over the world.

1. Ancient Philosophy: Plato and His Predecessors by Coursera

It’s practically impossible to have a philosophical discussion without mentioning the great thinkers of ancient Greece. This 17-hour course introduces you to Plato’s and his predecessors’ views and viewpoints on virtue, justice, reality, goodness, and other topics. After you’ve finished the classes, you can enroll in a comparable course that covers Aristotle’s ideas as well as those of his successors.

Is it possible for prophecies to come true? Do you believe in omens? Learn about “pre-scientific prediction techniques ranging from ancient Chinese bone burning to the Oracle of Delphi to current astrology and tarot” in this week-long video course. The program’s goal is to investigate human attempts to foretell the future and to thoroughly educate divination systems and their theoretical frameworks.

Do machines have the ability to think? Is eating meat moral? These audio lectures are available for free on iTunes and are provided by La Trobe University. Links to online handouts are included in the course to help you follow along and learn more about the subjects addressed in class. The lectures cover a wide range of issues, from time travel to free will, and delve into the hot topics that we all like debating. This is an introductory lesson that requires no prior knowledge to begin.

4. History of Philosophy by Wheaton College

This series of lectures, taught by the late Arthur Holmes of Wheaton College, provides an overview of practically every thinker you’ve heard of, including Socrates, Plato, Aristotle, Kant, Nietzsche, and Sartre, to name a few. It’s available as a YouTube playlist that you may watch at your leisure. While this course is also rather basic, it can get more intricate than other classes, so you may want to take notes to refer to as the session progresses.

5. Moralities of Everyday Life by Coursera

The course takes a psychological approach to decoding morality and philosophy in general, drawing on subjective ideas such as emotion, cruelty, reason, compassion, and more. Explore the basis of our everyday behavior and lifestyles with Paul Bloom over the course of 21 hours.

“Professor Bloom is knowledgeable, fair, and often humorous without disrupting the quality of the lectures. The use of examples and a mixture of teaching media were great. I highly recommend this course.” – says the top review.

6. Philosophy and Critical Thinking by EdX

Learn to think clearly and vigorously, build convincing arguments, and engage in understandable philosophical conversations on a variety of topics throughout this six-week free online course. The principles of critical thinking will also be discussed, as well as how to master them.

This course will teach you how to think clearly and logically, as well as how to think creatively, how to recognize, analyze, and develop persuasive arguments, how to come up with solutions to some of philosophy’s most pressing issues, how to have philosophical discussions with others on important issues.

7. Introduction to Philosophy by University of Texas in Austin

A wide range of topics is introduced in an easily understandable approach in this class, taught by the somewhat controversial Daniel Bonevac at The University of Texas in Austin. There’s a syllabus with links to the slides from the lectures, as well as some pointers on how to study philosophical books at home for optimal comprehension. Lectures on Socrates, Plato, and Gautama Buddha are among the highlights of the series.

8. The History of Ancient Philosophy by the University of North Carolina at Greensboro

Students will be introduced to the minds who developed western civilization in this video series from University of North Carolina-Greensboro professor Adam Rosenfeld. You’ll learn about thinkers whose ideas are still frequently used and discussed, how those ideas evolved over time, and how they continue to impact us today, starting with the earliest philosophers and finishing with the Stoics.

9. Think Again I: How to Understand Arguments by Coursera

How to Understand Arguments, How to Reason Deductively, How to Reason Inductively, and How to Avoid Fallacies are all part of Duke University’s Think Again series. Through interactive quizzes, readings, and videos, the lessons, which should be studied in the sequence listed, will provide insight into the themes. You will discover what an argument is in this course. When you understand the meaning of an argument, you’ll be able to tell when someone is making an argument and when they aren’t. Following that, you’ll learn how to break down an argument into its constituent components, how to arrange them in a way that reveals their connections, and how to fill in holes in an argument by introducing repressed premises. You will be better equipped to grasp and appreciate arguments that you and others present by the end of this course.

10. Introduction to Symbolic Logic by Rochester Institute of Technology

How can we tell if an argument is a sound? How can we tell if a concept is reasonable? We rarely receive official training in how to apply logic, despite the fact that it is a crucial aspect of not only philosophy but also our daily life. You’ll learn what makes an argument good, how to tell if it’s good, and what proofs you may use in your reasoning in this course given by John Sanders of the Rochester Institute of Technology. The course also demonstrates how philosophers utilize symbols to transform complete words into logical equations that you may use.

It’s available on YouTube, and because the first two lectures are both simply introductory, the class can be started with no prior expertise in symbolic logic.