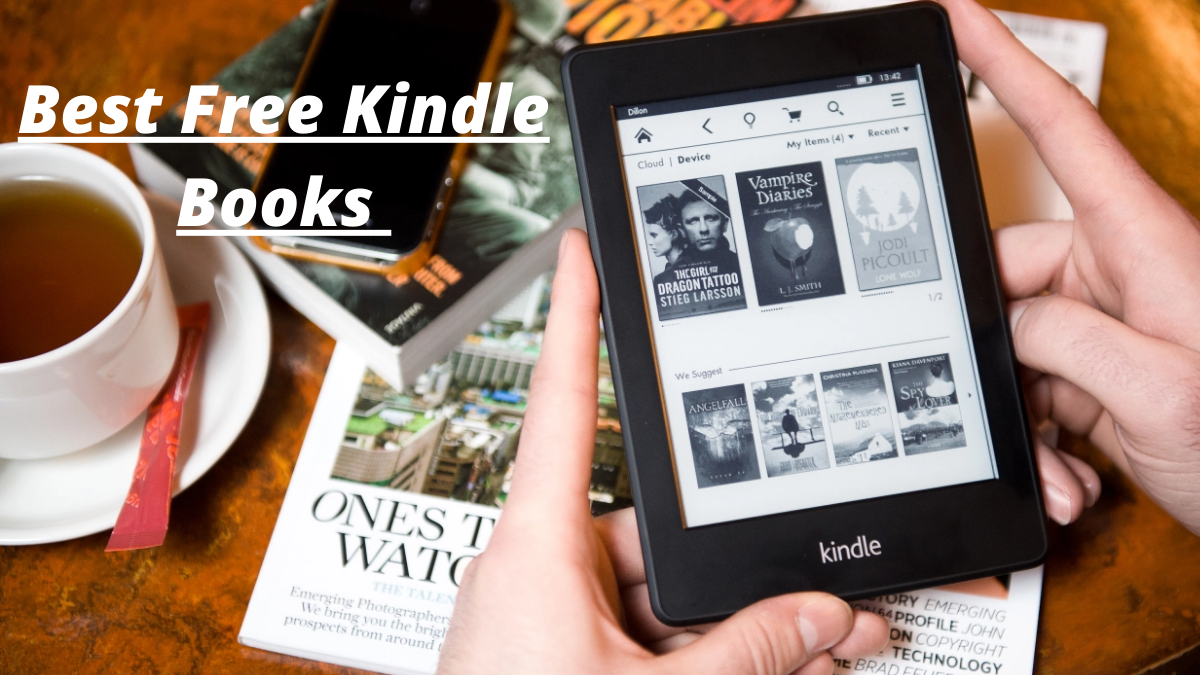 Who does not love to read books? And ever since the launch of Kindle, reading has become a lot easier for all. Since there are a plethora of books around the world and it is not possible to buy them all and read, Kindle has a solution to all the problems of readers. Kindle provides a large variety of reading options in different genres, without having to worry about buying paperbacks or Hardcovers. Also, Kindle is very lightweight and portable and is specially designed to make your reading experience better, and also it is a way better option than real books being scattered around your room because you don’t always have enough space to keep them.

Now the good news is, Kindle has a lot of free books available on Amazon.com that you can get access to. Here are the top-10 best books of all time that should definitely be on your reading list:

The Great Gatsby is regarded as one of the best book of America portraying a character named Jay Gatsby who has risen with a crook, his “American Dream” of getting back Daisy in his life, and the post-war society of America that values the riches (Elites) and disregards the working class.

Gatsby is an enigma, rise to fame all of a sudden for the lavish parties he throws that are open for anyone to attend. But he has a strong purpose behind it. We get to see Gatsby closely through the eyes of the narrator Nick Carraway who stays with him in every important incident recorded in the novel, and it is only  Nick and a few attendants who stay with Gatsby until his demise. This amazing story of romance and revenge by F. Scott Fitzgerald will leave an everlasting impression on readers.

Charles Dickens’ David Copperfield is a coming-of-age novel meaning, that it depicts the maturation of the titular character David. The novel begins with David who is now an adult, recollecting his childhood memories and beginning his narration right from birth. David’s journey from boyhood to manhood is intriguing and very captivating, the events that he comes across during the course of his life molds David into a mature man who has known the ill-wills of life.

After David’s mother remarries an old man known as Mr. Murdstone and falls into the hands of abuse (both he and his mother), his life completely changes when he is sent to a boarding school called Salem House. It is from this point the novel unexpected takes turns and takes readers into an interesting journey of an orphaned boy trying to survive in a harsh world.

It is Bram Stocker who gave our imagination of Dracula a shape and form, or rather he was the person behind introducing the fictional character of Dracula, the gruesome human-like creaturessucking human blood. Though the image of Dracula had a deeper undertone and had political reasons behind it, Dracula succeeded as a horror book.

This gothic novel is unique for its composition, it comprises letters, telegrams, journals, and newspaper clippings. The main plot revolves around the character of Count Dracula, who comes to England from Transylvania to find some new blood and spread the curse of the undead. The novel records a series of horrific events that will send a chill down the reader’s spine.

Authors say if Emily Bronte would have had a longer life, she would have created many more masterpieces like Wuthering Heights, but sadly her untimely demise leaves for the world a single brilliant book of hers, that will leave an impact for centuries to come.

Wuthering Heights is the story of an incomparable romance, revenge, and a dark character who is satanic. When the narrator Lockwood comes to rent a manor house called Thrushcross Grange, he encounters the rich owner Heathcliff who is enigmatic. Lockwood listens to the secret tale of two families from his maid and takes the reader to an amazing tale of romance turning into revenge and misery. Wuthering Heights will leave an everlasting impression on every reader at all stages of life. It is undoubtedly the finest book ever written.

For the lovers of Sherlock Holmes and his exceptionally brilliant case-solving detective story, Kindle provides the whole collection free of cost to readers. Read the finest stories of Arthur Conan Doyle where Sherlock Holmes solves mysteries that seem impossible to unveil. Sherlock’s investigating stories with his assistant Doctor Watson are not just mere stories, rather they are a whole set of new adventures. Every new story has a new adventure, and every case makes readers admire Sherlock more for his exceptional and introspecting capability.

6. The Strange Case of Dr. Jekyll and Mr Hyde by R. L. Stevenson

A unique mystery novel by R.L. Stevenson that not only revolves around a mystery, murder, and investigation but also has a shocking truth to reveal at the end. Be it the scenes of desolated empty streets of London or the gruesome murders committed by Mr. Hyde, this novel will take its reader into a nerve-chilling experience where Mr. Utterson and his fellow investigator Enfield try their best to bring out the unbelievable truth to the reader.

A novel turned into a film, Twelve Years a Slave by Solomon Northup is among those novels that make readers cry or pent-up with emotions for its heart-touching plot and real-life scenes.

The shocking truth lies in the fact, Northup himself was a free man until he was kidnapped and put into slavery. The slave had been in tremendous tortures for 12 long years. In this novel, Northupbrings his own story of his experience with slavery, the inhuman behavior he received from his white masters for twelve years. The scenes of torment and dehumanizations are so beautifully and realistically penned that readers will be able to draw them in imagination, these scenes are enough to send chills down the spine.

8. Pride and Prejudice by Jane Austen

A social novel penned by Jane Austen, Pride and Prejudice is all about finding the suitable man for marriage for Mrs. Bennett’s daughters. The novel is written in an age where women’s only ambition in life was to marry a man with good fortune. Amongst this society, Austen portrays the unconventional character of Elizabeth Bennet who is intelligent, quick-witted, and does not take marriage as a thing of fortune rather in a more obvious way of a bond made with mutual love and understanding.

Even though Elizabeth rejects her rich suitors, and also the richest of them all Mr. Darcy, her fortune has the best plans for her marriage. An entertaining novel with a lot of humorous events, this novel is worth a read.

9. War and Peace by Leo Tolstoy

War and Peace is Tolstoy’s most celebrated work that deals with the account of Napoleon’s invasion of Russia, and its impact on the Tsarist society, as portrayed through the experience of five Russian aristocratic families. This novel is regarded as the finest work of fiction and holds a significant position in Russian Literature.

The novel begins amidst the ongoing war, and the major characters are introduced to each other at a party. The main characters are a part of the Russian Military and are outraged to defeat and seek revenge from Napoleon. The novel covers important war details and scenes and depicts the true pictures of Napoleonic wars. Leo Tolstoy’s War and Peace is a masterpiece that must be read by all.

The last book on our list is by the French author Victor Hugo, who brings out a captivating story of a prisoner who rises from rags to riches. Les Miserables begins with the release of Jean Valjean after 19 years, he is only welcomed by the Bishop and treated with compassion. Valjean steals a silver candlestick and is again caught by the cops. Upon asking, Valjean says it was a gift from the kind Bishop and gets released. The Bishop then gives him two more candlesticks, but this strikes Valjean deeply, and from this moment he decides to walk in the path of goodness. This decision brings a wonderful change in his life and many exciting events take place further. An engaging plot of the novel is what will make readers glued to the text until the end.

Each of these books on our list is not only free but also has captivating stories to tell. These top 10 books on our list are the world’s best classics ever written that can be enjoyed by any reader of any age group. Get access to these free books on Kindle available on Amazon.com and experience the best stories you have ever read.