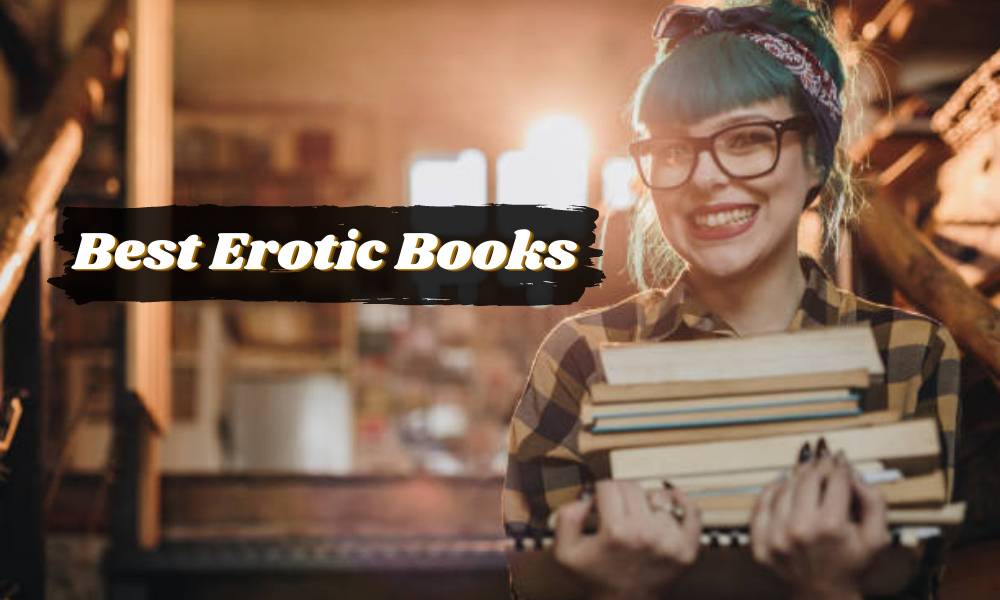 1. Bared to You (A Crossfire Novel)

Bared to You is erotica written by the #1 New York bestselling author, Sylvia Day. This is the first novel in the Crossfire series that is a provocative masterstroke of obsession and abandon that redefined the meaning of desire and became an international phenomenon. The main character is a woman whose life was changed when Gideon Cross came into her life like lightning in the darkness. He was beautiful and brilliant, and the woman was attracted to him as she had never been to anyone or anything in her life. She was flawed and damaged, and together they explore their own demons within. They reflected each other’s most private desires and wounds only to fall in love and transform each other. They both pray that the torments of their past do not tear them apart. This book received praises from USA Today, Access Hollywood Live, Shelf Awareness, Kirkus Reviews, Dear Author, and much more. 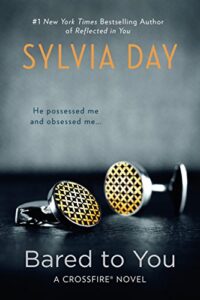 Grey is fifty shades of Grey story told through Christian’s point of view. The author, EL James, revisited the world of Fifty Shades with a deeper and darker take on the love story in this book, and it has enthralled millions of readers around the globe. Christian Grey has always been in control of everything in his world, and it is neat, disciplined, and utterly empty. However, this all changes when Anastasia Steele falls into his office with a tangle of shapely limbs and tumbling brown hair. He had tried to forget about her but instead finds himself swept up in a storm of emotion that he cannot comprehend and cannot resist. Ana was unlike any woman he has known before, and she seems to see right through him. Past the business prodigy and the penthouse lifestyle, Christian has a cold, wounded heart.

This book explores how Ana dispels the horrors of Christian’s childhood that haunt him every night and tries to resist his dark sexual desires and his compulsion to control. The self-loathing that fills his soul push this girl away and destroys the fragile hope she offers him. Fifty Shades of Grey series is meant for mature audiences. 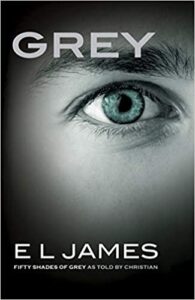 Sea of Ruin is a historical erotica set in the 1700s and written by the bestselling author, Pam Godwin. This book depicts the stories of high seas where two captains become entangled in a romantic triangle with the same woman that they are both trying to protect. However, their passionate fires soon create dangerous tensions in this pirate-laden tale of love and lust. Bennett Sharp is a woman on the run wanted for piracy, and she fears neither God nor man nor death.

However, there is one Priest named Farrell she fears who is an unfaithful, stormy-eyed libertine. He hunts her with terrifying possessiveness, and nothing will stop him from coming for her. Not even his unforgivable betrayal and her capture by the ice-cold pirate hunter, Lord Ashley Cutler, can stop him. Bennett must escape both Ashley’s prison and Priest’s deceit, but can she walk away from their twisted desires? She meets two gorgeous captains who stand on opposite sides of the law, and when they collide in a battle to protect Bennett, the lines blur between lovers and enemies. Passion heats, hearts entangle, and secrets unravel until they break. Can love prevail in the sea of ruin? 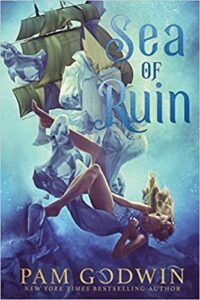 Rush is the first book in the trilogy named Breathless, written by Maya Banks. In this book, a man is about to have his fantasies come true with a woman. She was once forbidden fruit and is now ripe for the picking. When Gabe Hamilton saw Mia Crestwell in the ballroom for his hotel’s grand opening, he knew he was going through with what he had planned. Mia is Gabe’s best friend’s little sister, but she is not so little anymore, and Gabe has patiently waited a long time to act on his desires towards her. Mia’s fantasies have involved Gabe more than once, and she does not care if he is fourteen years older than him. He is way out of Mia’s league, and she knows that well, but her attraction towards him has only grown stronger with time.

Mia is an adult now, and there is no reason to stop her from acting on her most secret inner desires. Gabe pulls her into his provocative world, where she realizes that there is a lot she does not know about him or how exacting his demands can be. The relationship between Gabe and Mia is intense and obsessive, but as they cross the line to something deeper, their affair has the risk of being exposed. Their vulnerability to a betrayal is far more intimate than either expected. 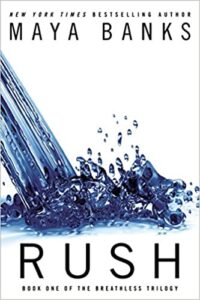 Breslin was in love with Asher Holden the moment she saw him, and she knew nothing would ever be the same until the moment he hurt her, wrecked her, and ruined her. She spent three years putting herself together and fixing what he broke when he left. However, she never thought she would see him again after that day, and she was counting on it. Little did Breslin know that life had other plans, and things were going to become a lot more complicated. Asher finally knows who he is, and he owns it, embraces it. He is no longer afraid to live his life with no regrets because he learned his lesson the hard way.

Asher thought he had it all figured out, but then his past collided with his present, and things became complicated. He would later find out that he does not really know himself after all. Landon’s life was all mapped out, and he knew exactly what direction he was heading in. He did not have time for any obstacles and roadblocks until he met Breslin and Asher. Now, his heart is split right down the middle, and Breslin controls the rhythm, and Asher controls the melody. The word “complicated” is an understatement, and there is only one way that it can end. 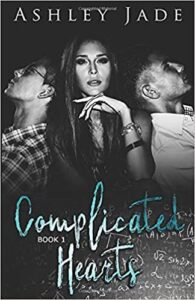 King is the first book in the kind series written by TM Frazier. The main character, Doe, is homeless, hungry, and desperate. She has no memories of who she is or where she comes from. An infamous career criminal is just released from prison. King is someone you do not want to cross unless you are prepared to pay him back in blood, sex, sweat, or a combination of all three. His future hangs in the balance, and Doe is written in her past. When they both come crashing together, Doe and King will have to learn that sometimes to hold on, you have to first let go. The King series have two books and the second book’s name is Tyrant. This book received praises from Aestas Book Blog, New York Times Bestselling Author – Carrie Ann Ryan, New York Times Bestselling Author – Kylie Scott, New York Times Bestselling Author – Pam Godwin, Ana’s Attic Book Blog, Read More Sleep Less Book Blog, etc. 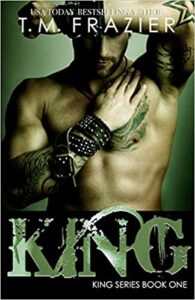 This Man by Jodi Ellen Malpas is named one of “The 20 Greatest Ever Romance Novels According to Goodreads Reviews” by O, The Oprah Magazine. A young interior designer named Ava O’Shea has no idea what awaits her at the Manor. A common consultation with a stodgy country gent seems likely, but what Ava actually finds instead is Jesse Ward, who is a devastatingly handsome, pleasure-seeking, utterly confident playboy who knows no boundaries. Ava does not want to be attracted to Jesse, but she cannot control the overwhelming desire that stirs within her. She knows in her heart that she will never survive him, and her instincts are telling her to run, but Jesse is not willing to let her go at all. He wants Ava, and he is determined to have her. This man was reviewed by ScandaliciousBookReviews.com, FictionVixen.com, TheBookListReviews.blogspot.com, and many others. 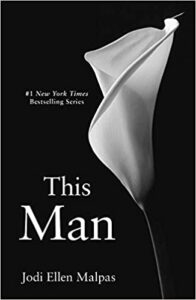 The Red, written by Tiffany Reisz, is one of the USA Today Bestselling books. The main character, Mona Lisa St. James, has made a deathbed promise that she would do anything to save her mother’s art gallery. However, not only is The Red painted red, but it is in the Red. Just as she realizes that Mona has no choice but to sell it to a mysterious man who comes in after the closing time and makes her an offer, he is willing to save The Red if she agrees to submit to him for one year. This man is English, handsome, and terribly tempting, but surely her mother did not expect Mona to sell herself to a stranger. But, she did promise to do anything to save The Red. This book is a standalone novel of erotic fantasy written by Tiffany Reisz, who is an international bestselling author of The Bourbon Thief and the Original Sinners series. The Red was named “Provocative.” By O Magazine on The Red. 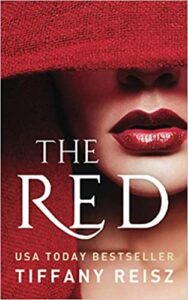 Wicked Garden depicts one woman’s past and present colliding in the ultimate temptation. Ten years ago, Eden LaCroix loved Billy Buchanan, but he ran out on her the night of prom. Now, Billy is back temporarily, and Eden believes a hot fling will help her move on from their past. She was not expecting Billy’s naughty side or that the return of her sometime lover Jon White Feather who tempts her to submit to him for his own dark desires. Even though college took Billy away from Eden, it is a mistake he can rectify now that he is in town to determine the fate of the community center managed by Eden. His objectivity tries to obstruct the reignited sparks, and the flames only leap higher when Eden’s rock star lover comes home.

He is determined to show Eden and Billy the meaning of down and dirty. Eden considers herself as a one-woman man, but in the arms of Jon and Billy, she feels really beautiful for the first time in her life. Wicked Garden shows her story of sexual healing that could go far enough to prevent her from falling in love again. This book has received many praises from “The Good, The Bad, and The Unread,” “Joyfully Reviewed, Recommended Read,” “Romance Junkies,” etc. 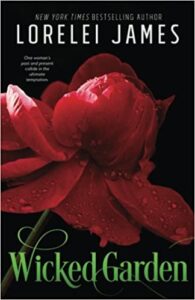 Caden and Greyson are married, but he is not the man she thought she married. After coming home from deployment to build a life together, everything is perfect until Caden starts changing into a different man. He now has a savage edge that’s both dangerous and sexy. Greyson wonders about her husband, what he has become, and the reasons behind his sudden change. Caden takes part in an experimental treatment that intensifies the break between who he was and who he is becoming. Greyson hunts down answers by putting together pieces that begin in Iraq and end in their bedroom.

The cure could be worse than the disease as Caden’s roughness hits new heights, and so does Greyson’s pleasure. She is falling in love with a man she never married, and this man’s very existence is a mystery, and she is hell-bent on destroying. Time is running out, and forces bigger than their marriage are working against them. Greyson needs to put together the pieces to find the truth before Caden takes it all too far. 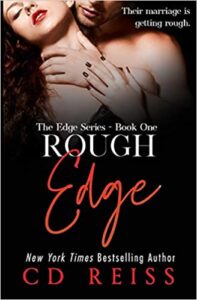