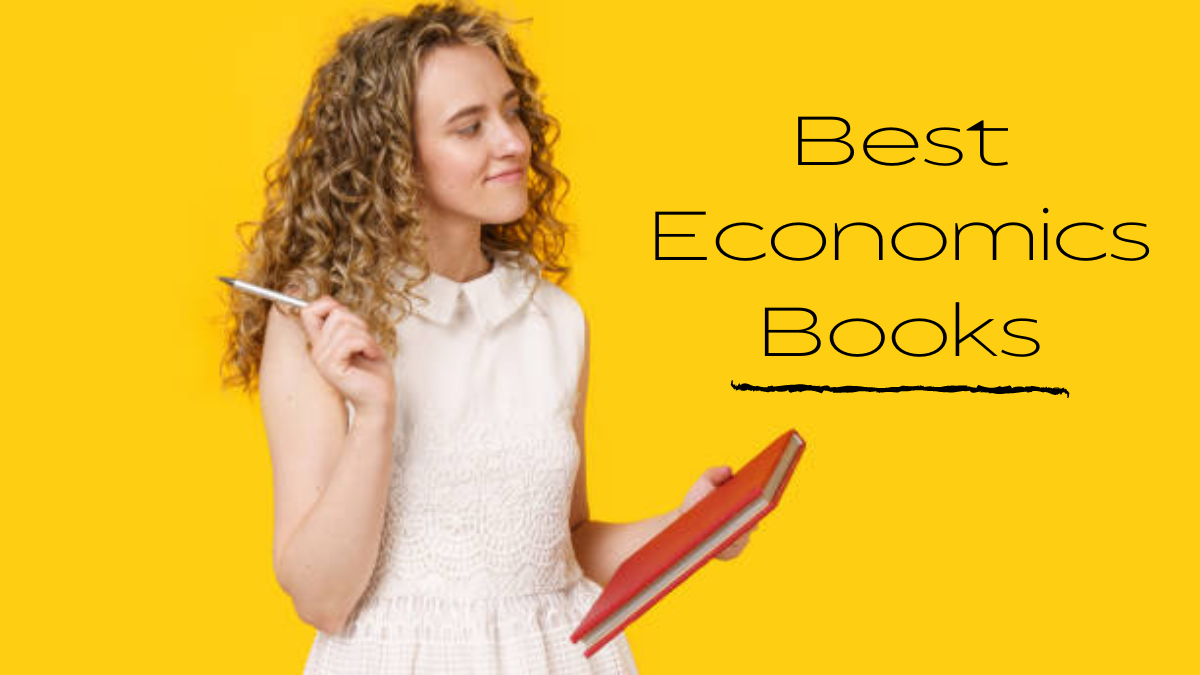 If we think about Economics, the only thing which strikes my mind is the demand and supply theories I studied in high school. Back then I used to be so mad at the subject for being complicated and it made me question what I am going to do with the theories. Well, fast forward, I realised without an understanding of economics it is difficult to know what is going on in the world. Economic data can create public policies, and lead movements and a lack of basic understanding can be a real impediment to progress.

If you are a student who wants to expand your perspective on Economics or a degree holder on economics or want to pursue a career or a professor, you name it, this is a god-sent article for you. I have compiled the best ever economic books that are specifically for curious readers. The books mentioned below are not boring theories, it is much more exciting and an exciting approach of economics. So get excited, this ride is going to be wondrous!

One of the best books on global economic progress is Factfullness by Hans Rosling. The book can be bought for $15. The book is actually curated with the help of Ola and Anna Rosling. The trio emphasis on the secret silent miracle the human evolution has done.

The book usually starts by discussing global trends. He mocks the statistical inaccuracy of research whether it is based on how many girls finish school or whether poverty is in control, you name it, the data is significantly wrong. Hans helps us bring a perspective on how the whole world is controlled by fear and how it feigns our unconscious biases. This book is literally asking us to sit back and relax for a bit, the world is in a much better state than we think.

Abhijit V. Banerjee and Esther Duflo, the Nobel Prize winners of Economics, have written this comprehensive holistic yet data-driven book on economics.

Starting from the space travel breakthrough or revolutionary medical breakthrough to climate change, globalization and immigration, these contemporary problems are given a perspective from the economical point of view. It is a revolutionary book on the new trends of economics, the solution authors give is to end the wall of disagreement and distrust which divides people. The book places great emphasis on data-driven research and generally expects an economic system that considers the needs of the individual and the good of the whole in appropriate proportions.

If you are a beginner and want to learn economics in a fun and witty narrative, hands down, this is the best book in the economy genre. The book was originally published in 2005 but blew up recently. Economist Steven D. Levitt and journalist Stephen J. Dubner have given a radical and controversial approach towards understanding economics.

The book brings nexus to economics from literally every single controversial incident. Be it about Ku Klux Klan, abortion, drug dealers, school shooters or real estate agents you name it, the book unites all these stories in a belief that the modern world is even more intriguing than we think. The way you view the world will be changed after reading this book.

4. The Colour of Money

Primarily focused on the concept of banking, the colour of Money written by Mehrsa Baradaran is a beautiful and heartbreaking work that covers the racial wealth gap and the trajectory of black wealth.

The wealth of the black people has not accumulated 1percent of American wealth even after signing off the Emancipation Proclamation bill back in 1863. Years later, the book discusses how the view of racial wealth has been a challenge to so many agitations of myth. Housing segregation, racism, and Jim Crow credit policies created an inescapable, but hard to detect, economic trap for black communities and their banks. The book gives a great perspective on ending the cycle of poverty and promoting black wealth.

5. Borrow: the American Way of Debt

Economic Historian Louis Hyman in his book Borrow, gives a whole new vision of how to tackle the modern-day American debt problems. If you want to learn about consumer spending, this is the right book for you. It is just $15.75 with 304 pages of book-length.

Increased access to money raised the standard of living of the people but it posed a high risk which is inevitable. The great depression, 2008 financial crises are some of the best examples of it. To view the present-day economic turmoil, the author narrates and brings nexus to the historical view on spending as well as inflicts culture as a major role in the consumer spending habit. The book is not only about theories, it gives an understanding from an individual’s point of view.

The thought-provoking ‘predictably irrational’ is a revolutionary book on economics that uses behavioural economics to explain why people do what they do. The book is $14 on Amazon which was published by Harper.

Have you ever thought about how we don’t mind spending a huge chunk of money at a fancy restaurant for a single dinner but swipe coupon after coupon to save around 25cents for a soup? Well, this book debunks the following conceptions. The book makes us think about how we overpay, compensate and underestimate several decisions in our life thinking what we do is rational. The book places reliance on hard data to answer the lifelong pursuit of answers.

Released in 2007 by Tim Herford, The Undercover Economist teaches us economics in a whole new different way. The boring GDP, NPR and other economic terms are explained in the simplest way possible.

The book teaches how money works in this world. Why coffee cups at different stores cost so much, answers to ensuring a fair society, and some dirty little secrets about the dollars and cents is revealed in this book. It is a playful guide to the economics of everyday life and discovers the dark underbelly of capitalism.

8. Things They Don’t Tell You About Capitalism

Written from a very radical perspective, Ha-Joon Chang explains economics in an excellent way from a layman’s point of view. The international bestseller costs $10.60 and it was published by the famous Bloomsbury publishing in 2012.

The book is about 23 questions that tell us about the hidden truth of how we did not see the economic collapse that happened in 2008. The objective of the book is to question the assumptions behind the dogma and sheer hype that the dominant school of neoliberal economists-the apostles of the free market-have spun since the Age of Reagan. More than about how the economy works, the book focuses on how the present global capitalism does not work.

The popular masterpiece of the mid-’90s was extensively revised and the updated version was released in 2012. Written by Steven E Landsburg, the book is a delightful compendium of quotidian examples illustrating important economic and financial theories.

The nagging questions inside us which are triggered by the outside world are answered through this book. It is an unostentatious book which talks about contemporary issues by bringing connection to the economic theories given by renowned economists. The book is just like Freakonomics which teaches economics in a more fun and relatable way.

10. The Reckoning: Financial Accountability and the Rise and Fall of Nations

Last but not the least, ‘The Reckoning: Financial Accountability and the Rise and Fall of Nations’ is the best economics anecdote of all time. It costs $30 and it was published by Basic Books in 2014. Award-winner Jacob Soll presents a sweeping history of accounting, drawing on a wealth of examples from digging the ancient style of building the economy. It is a historic book with great examples of how many countries failed due to basic mistakes. The Medici family of 15th century Florence used the double-entry method to win the loyalty of their clients which completely rekt the economy of the country. The book overall deals with how the accounting plays a major role in developing a fruitful economy for a nation. This book is highly recommended for students who want to pursue a career in Economics.