Cognitive Science is the study of thought, learning, and mental organization, which draws on aspects of psychology, linguistics, philosophy, and computer modeling. Keep scrolling to explore the top colleges for Cognitive Science through which you can achieve your aim to study in your interested field. All the Best!!

The University of California, Berkeley is a top-ranked public research university in the United States. The main objective of the Cognitive Science department in the university is to provide a framework for bringing all the disciplines that study the mind together into a cohesive whole. The Cognitive Science Program at the University of California, Berkeley offers undergraduates the opportunity to explore the mind from an interdisciplinary perspective but there is presently no separate graduate program specifically for cognitive science.

The University of California, Santa Cruz, is a public research university and one of 10 campuses in the University of California system. The cognitive science degree at the Santa Cruz provides a strong grounding in the principles of cognition through courses in cognitive psychology. Graduates from this university will be well prepared for advanced training in research fields of cognitive science and cognitive neuroscience, technology industries such as human-computer interaction, and health fields, such as the treatment of brain disorders.

The Stanford University is a private research university based in Stanford, California which is known for its academic strength, wealth, proximity to Silicon Valley, and ranking as one of the world’s top universities. In Stanford University, faculties in the Cognitive area investigate a wide range of topics including language, meaning and mental representation, perception, learning, memory, decision making, and reasoning. Insights and methods from Cognitive science are widely applied in fields such as law, medicine, business, politics, and education.

The University of California, Los Angeles, is a public research university in the Westwood district of Los Angeles, United States. The Cognitive Science Minor at University of California, Los Angeles, open to all students other than Cognitive Science Majors, is designed to introduce students to cognitive science topics as addressed in a number of different disciplines—such as biology, computer science, engineering, linguistics, mathematics, philosophy, and psychology—while also allowing students to pursue a more in-depth study within specific areas of cognitive science.

The University of Pennsylvania is a private Ivy League research university located in the University City section of West Philadelphia. The College of Arts and Sciences at the university offers the Bachelor of Arts (BA) degree in Cognitive Science, as well as a minor in Cognitive Science. The Bachelor of Arts in Cognitive Science through the School of Engineering and Applied Science combines the application of theoretical insights from Computer Science, Linguistics, Neuroscience, Philosophy, and Psychology to the formal study of intelligence, perception, reasoning, and other properties of mind, and their application in the service of Information Technology for the students.

The Washington University in St. Louis is a private research university based in the St. Louis metropolitan area and elsewhere in Missouri. The Cognition program at Washington University in St. Louis trains students to conduct basic research in fundamental aspects of behavior in preparation for a career in research. At the university, the faculty members also the students actively engaged in research on learning, memory, perception, attention, language, decision making, and other aspects of cognition and performance in human and other animals, with an emphasis on human cognition. 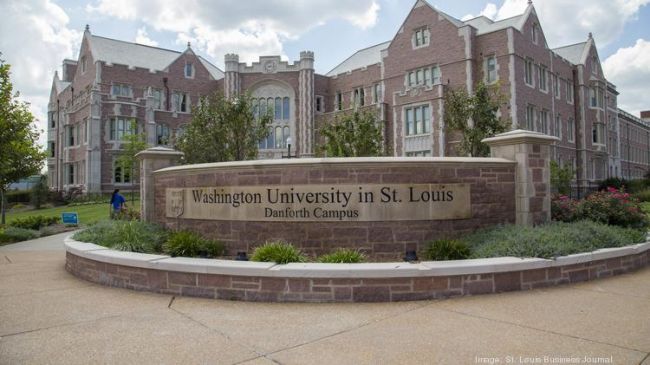 The Delaware Fightin’ Blue Hens football team represents the University of Delaware in National Collegiate Athletic Association Division I Football Championship Subdivision college football.  Cognitive Science in this university is the study of the mind as an information processor. A central goal of cognitive science is to determine structures and processes that underwrite cognitive tasks such as perception, memory, attention, language and motor control.