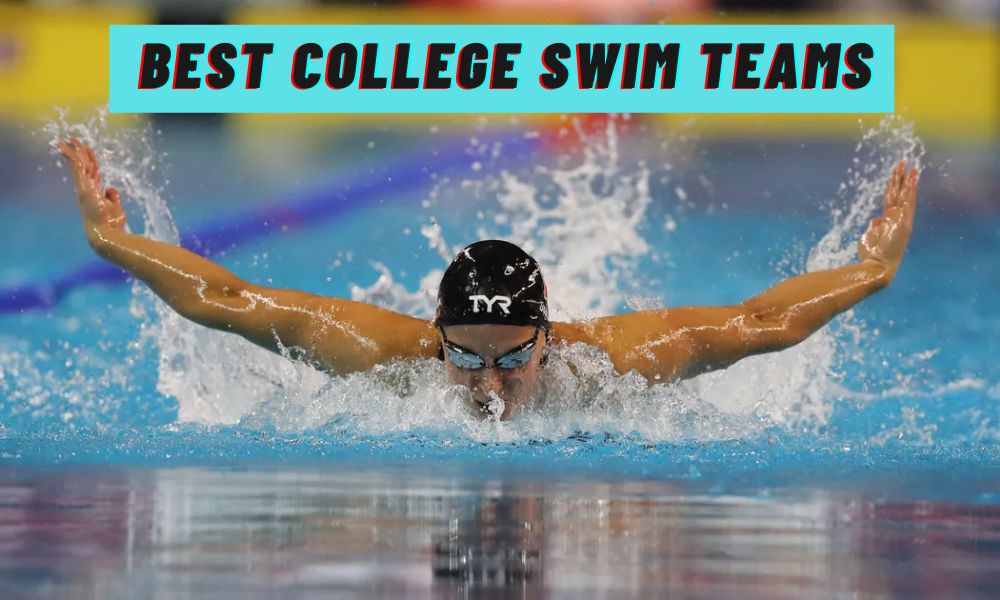 Swimming is one of the best ways to stay in shape, and almost every college has a swim team in every district, but which ones are ranked at the top of the list? Today we are listing down the best college swim teams in all of the US. All the teams on this list participate in the division I college group and are the most elite.

Division I is the most well-known division because these schools have the largest student bodies and the most significant athletic budgets. The large state universities with sports teams with massive followings are most commonly Division I. Division I schools offer scholarships for athletic and academic accomplishments.

To look at which colleges have the best swim teams, we had a look at the team’s roster, their coaches, the infrastructure of their pools and the funding provided to pursue swimming into a profession eventually, and some other aspects.

Stanford has a diverse group of students that are united by a love for competitive swimming. The team welcomes swimmers of all levels to practice, compete, and become a part of their community.

The team is open to all Stanford students. Their swimmers come from various diverse backgrounds – some swam recreationally in high school; others were nationally ranked and competed at the NCAA Division 1 level. The team likes to swim with varying intensity and dedication: both casual swimmers and dedicated athletes are encouraged to check out the group. The United Masters Swim built the Avery Aquatic Center, which is considered one of the country’s finest swimming and diving facilities. It hosts dozens of collegiate swimming, synchronized swimming, diving, and water polo competitions. Stanford has four swimming pools, and the main one is the Avery Competition Pool which is 37 x 20 meters—one of the nation’s fastest pools.

Their diving centre is the Maas Diving Center which is located outdoor and has a platform dive tower with springboards measuring 1, 3, 5, 7.5, and 10 meters. The Belardi Pool and the Baker Pool are used for training 50-meter laps by the Cardinals. Both pools have different depths, with Belardi being 11 feet deep and Baker being 8 1/2 feet.

The Stanford pools are also open for recreational swimming, and they also offer private swim lessons and other special programs.

The swimming team at Princeton is known as the Tigers Aquatics Club, a youth competitive swim club from the Princeton University DeNunzio Pool. The coaches and the supporting staff look forward to working together with their swimmers and families to create a powerhouse club swim team.

The coaches and staff have developed a tremendous program to provide one of the most comprehensive opportunities in the area. Swimming with the club offers physical, emotional, and intellectual skills while instilling the values of sportsmanship and teamwork. All the coaches are members of the American Swim Coaches Association and have the most comprehensive training and certification program available in youth sports. The Denunzio pool is one of the country’s last few fastest pools. It has a depth of 9 to 17 feet and a 10-meter dive tower with springboards at varying heights.

Aside from being a training facility for the Princeton Tigers, it has been used by Olympic gold medalists as their training home. They also offer programs like youth, adult swim lessons, Water Safety and Lifeguard Training, and American Red Cross Certification courses.

One of the top colleges with the strongest swimming teams in the country, the students and coaches at Yale understand its importance and make sure to go all out in every performance.

The leadership of the team will remain very strong. Ashley Loomis will serve as captain of the women’s team, and Nathan Stern will lead the men; both have been essential contributors for the Bulldogs throughout their careers.

The Yale Bulldogs Swimming Team uses the pool for training. All Yale students can use them for recreation purposes too. 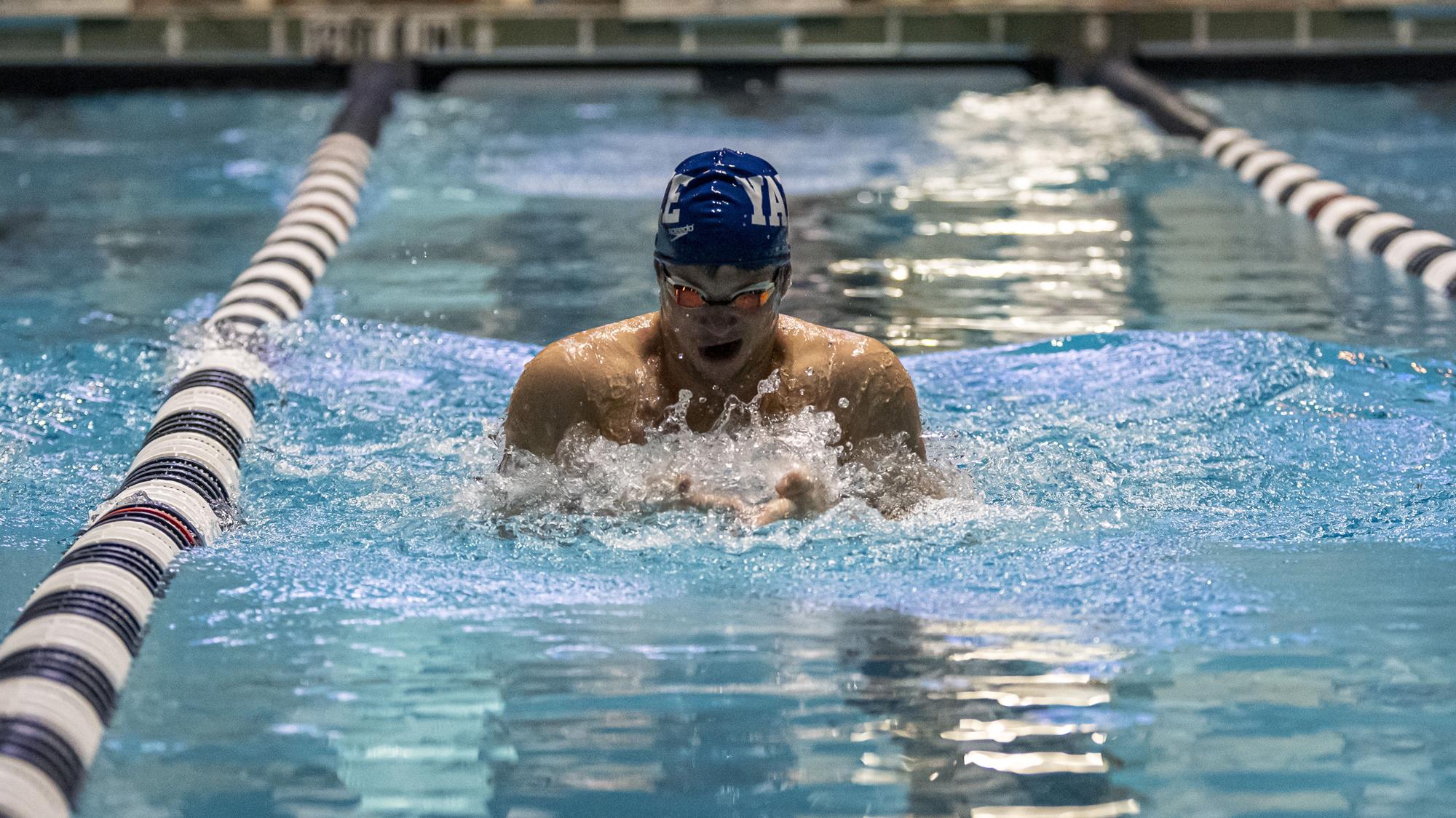 The University of Texas at Austin is one of the best schools for swimming in this year’s ranking. The university houses one of the country’s premier competitive aquatic facilities. The coaches make the most of the space, and the team roster has been quite strong over the years.

The Texas Swimming Center has the most extensive facilities in the country, with a 500,000-square feet indoor space. The swimming centre has a competition pool and the Skipping Browning Diving Facility, the diving area. The pool is equipped with a newly remodelled movable bulkhead as well as underwater windows.

The swimming pool at the University was modelled after the 1972 Olympic Games pool in Munich; there is no question that the Texas Swimming Center can accommodate competitive swimmers. 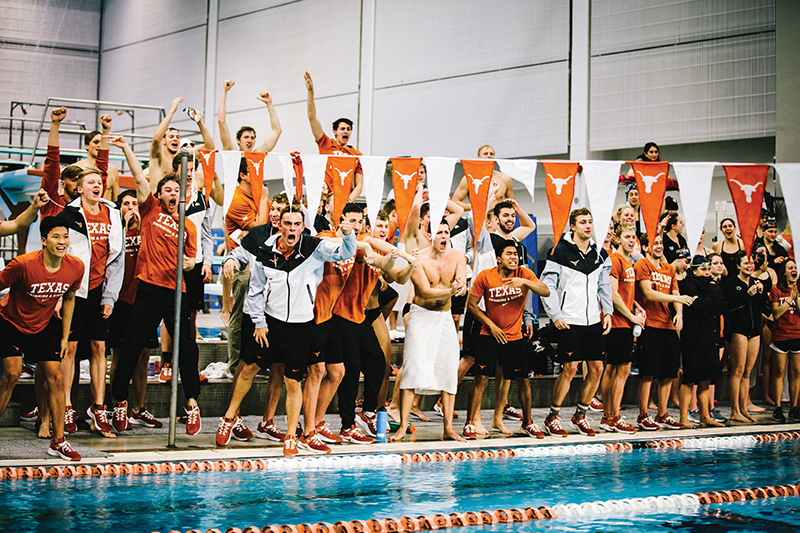 The UCLA swimming and diving team has had quite a few runs at NCAA Championships. The Bruins capped off NCAA with multiple titles. UCLA also has a state-of-the-art wellness centre with three swimming pools for training and official competitions. The coaches and the staff do a well enough job of keeping the swimmers in shape and ready for the upcoming match. UCLA also has a couple of titles under their belt in Division I. 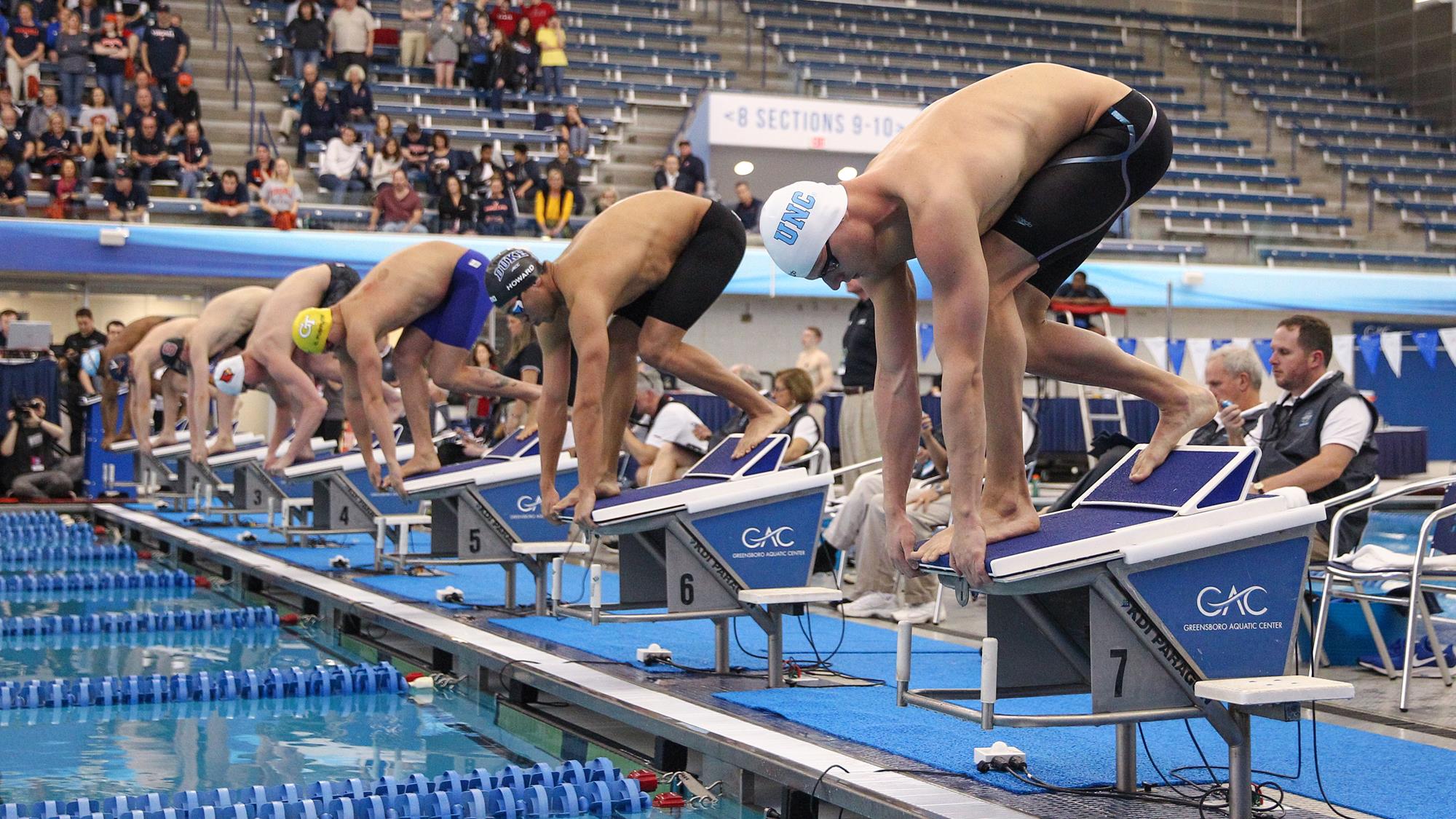 The University of Michigan’s Virginia Aquatic and Fitness Center was established in 1996. The Virginia Cavaliers swimming and diving teams represent the University in all NCAA Division I events. The Aquatic & Fitness Center is one of the biggest and is home to the UVA Swimming and Diving Teams. In addition, it also features an indoor track, Olympic-sized pool, warm water pool, hot tub, and sauna.

Youth swim lessons are also available at the Virginia Aquatic and Fitness Center. 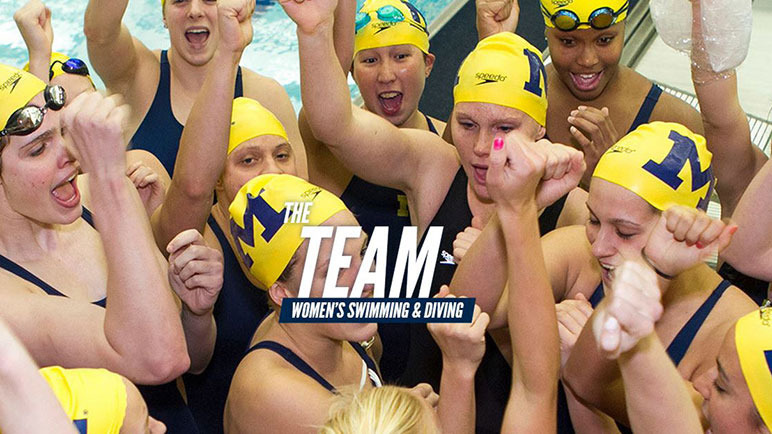 The swimming and diving team at Harvard University knows how to stay in shape, lower their lap times, practice with other people, and have some friendly competitions with other Ivy and regional schools.

The coaches do an outstanding job, as well as the supporting staff too. Harvard has a vast, almost Olympic-sized pool which is also the home for Harvard’s swimming and diving team. The coaches and trainers have many flexible practices and various times during which to work out and get motivated.

The swim club at Berkeley has been in the works since fall 2017. This club has a separate team other than the NCAA team on campus, which competes in Division I titles. The founders did this to have an inclusive community for swimmers of all skill levels to enjoy the sport and compete with other college clubs. The current roster of the club stands at nearly 80 swimmers, with the ability to be the team-to-beat at both regional and statewide swim meets.

The swimmers at Berkeley range from all levels, from those who began swimming in high school to members of National swim teams. Most swimmers are underclassmen, with an even divide of classes from 2019, 2020, 2021, and 2022. The members may vary in speed, but all share immense love and passion for the sport. 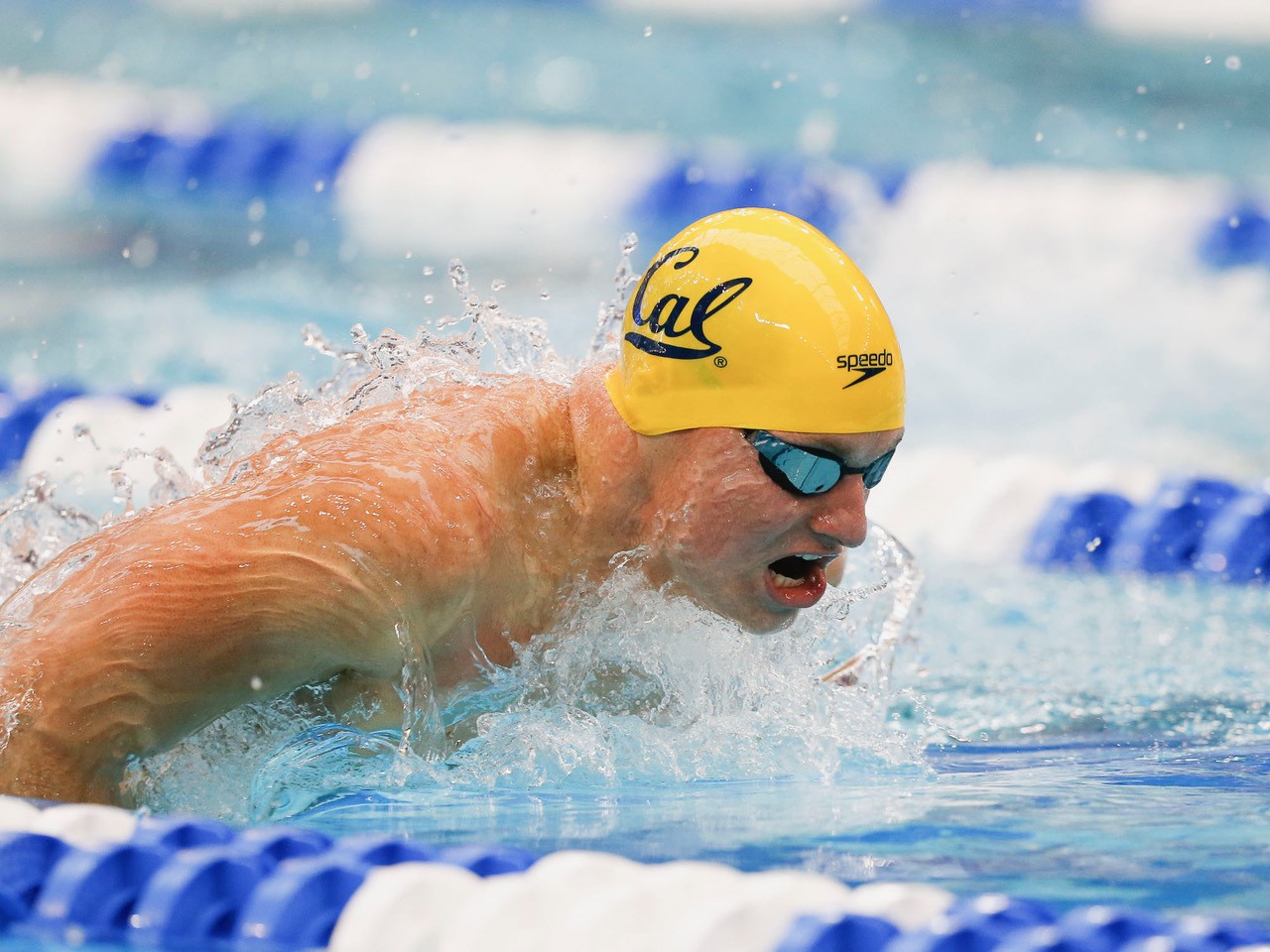 This was the 22nd consecutive season and 28th overall time that the women’s team were crowned as the champions. They won 11 titles and posted 23 All-UAA finishes on their way to finishing 154 points ahead of second-place New York University in the 2020 UAA championships.

The men’s team also bagged the UAA title for the 22nd consecutive year. They won seven event titles and 14 All-UAA finishes, plus established one UAA record and two school records. The swimming and diving team at Emory University is the finest in the state, winning multiple consecutive championships. 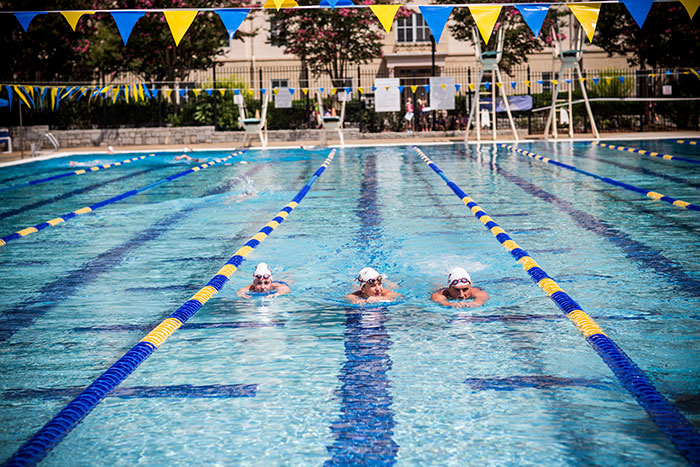 University of Florida‘s swim team, the Florida Gators, is one of the best teams on this list. Eight Gators registered Olympic qualifying times at both the BSS TYR meet and the UANA Tokyo Qualifier.

The head coach and the training staff at the University of Florida make sure to push their swimmers to their maximum potential to represent their college and country one day. 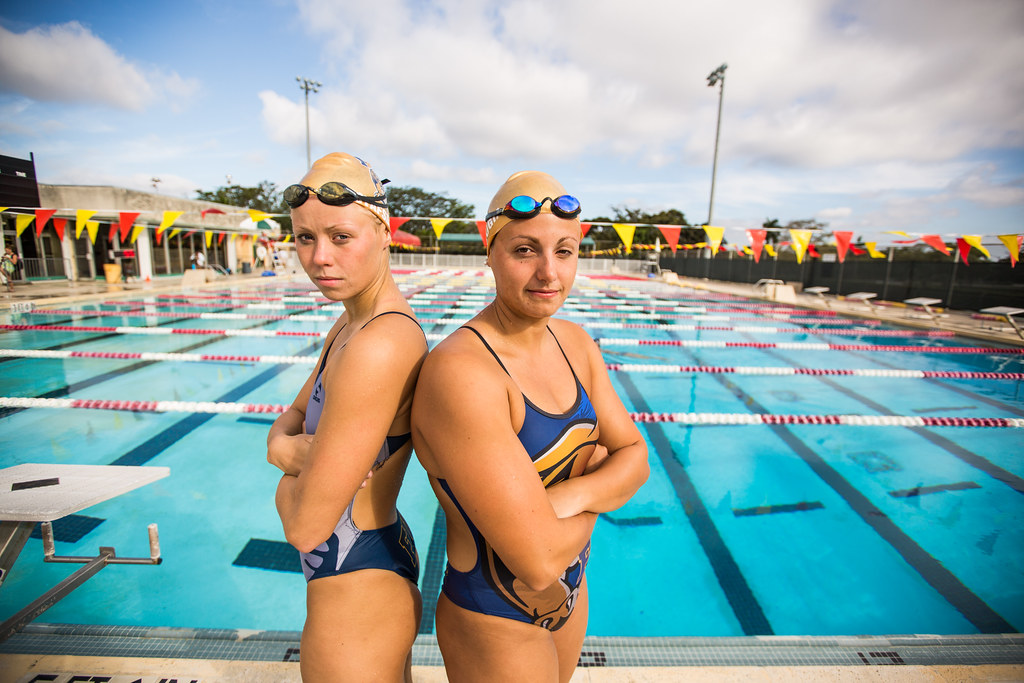